» Canon characters and pics checker
by FlareKnight Today at 2:50 pm

» Kieda Uzai vs. Kozue Kaburagi - Ninjas Do It Stealthily
by acuyra Today at 12:24 pm 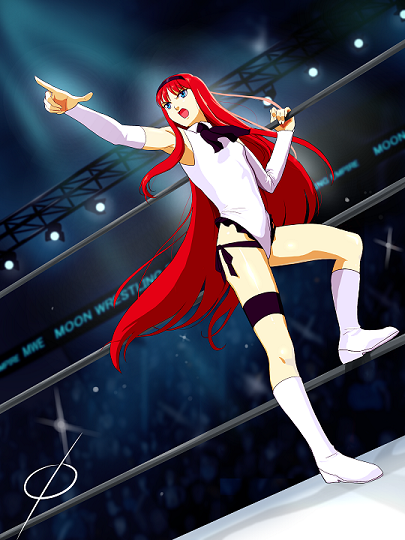 Strategy: Akiha is an all rounder wrestler that is leaning towards a high flyer, able to cope with almost any situation. She is pretty average at everything but doesn't really excel at anything aside from being a high flyer.  This means she can easily adapt to her opponent tactics before then capitalizing on their weakness. If a match isn't going her way, she may resort to cheating to get the upper hand.  In addition, she loves to use the ropes, to either escape or to do a brutal move on her opponent.

Finishing moves:
Rising Sun (Diving Rounding Moonsault).  Getting on top of the turnbuckles, Akiha will jump off and twist her body in the air.  She will then have her belly crash on top of her opponent own belly and be facing the turnbuckle that she jumped off.  It might not have all sorts of flips but the move is elegant and tends to end the match.

Plunder (Kneeling Back-to-Belly Piledriver).  This move starts by Akiha grabbing her opponent's legs as she places her head in-between them before lifting them up over her shoulders.  This results in her opponent head facing the canvas, Akiha will then jump a bit and slam her opponent head on the mat as she lands on her knees.  This will usually result in a pin. 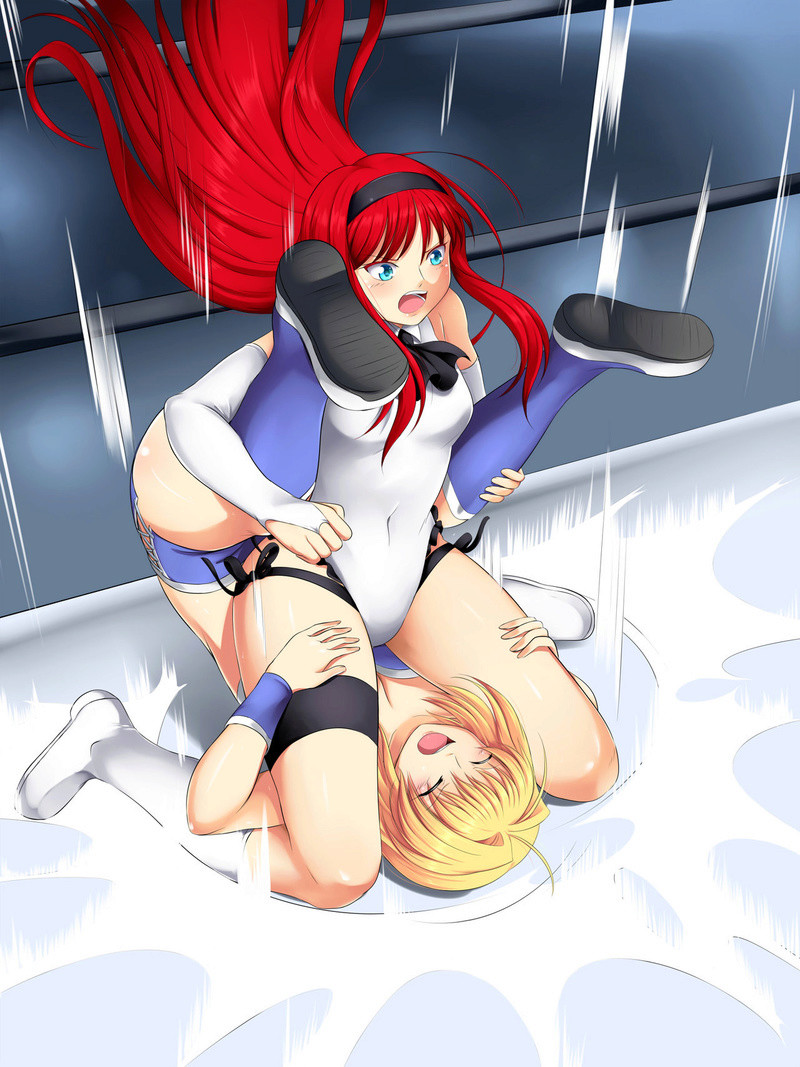 Plummet: This attack begins with Akiha placing her dazed opponent on the top of the turnbuckle (or in some cases dazing their opponent after they have climbed it by themselves).  She then goes to the opposite side of the ring before running forward and performing a drop kick to send her opponent out of the ring from the top of the turnbuckle.  In matches that allow tables, she may set up a table behind them to do more damage. 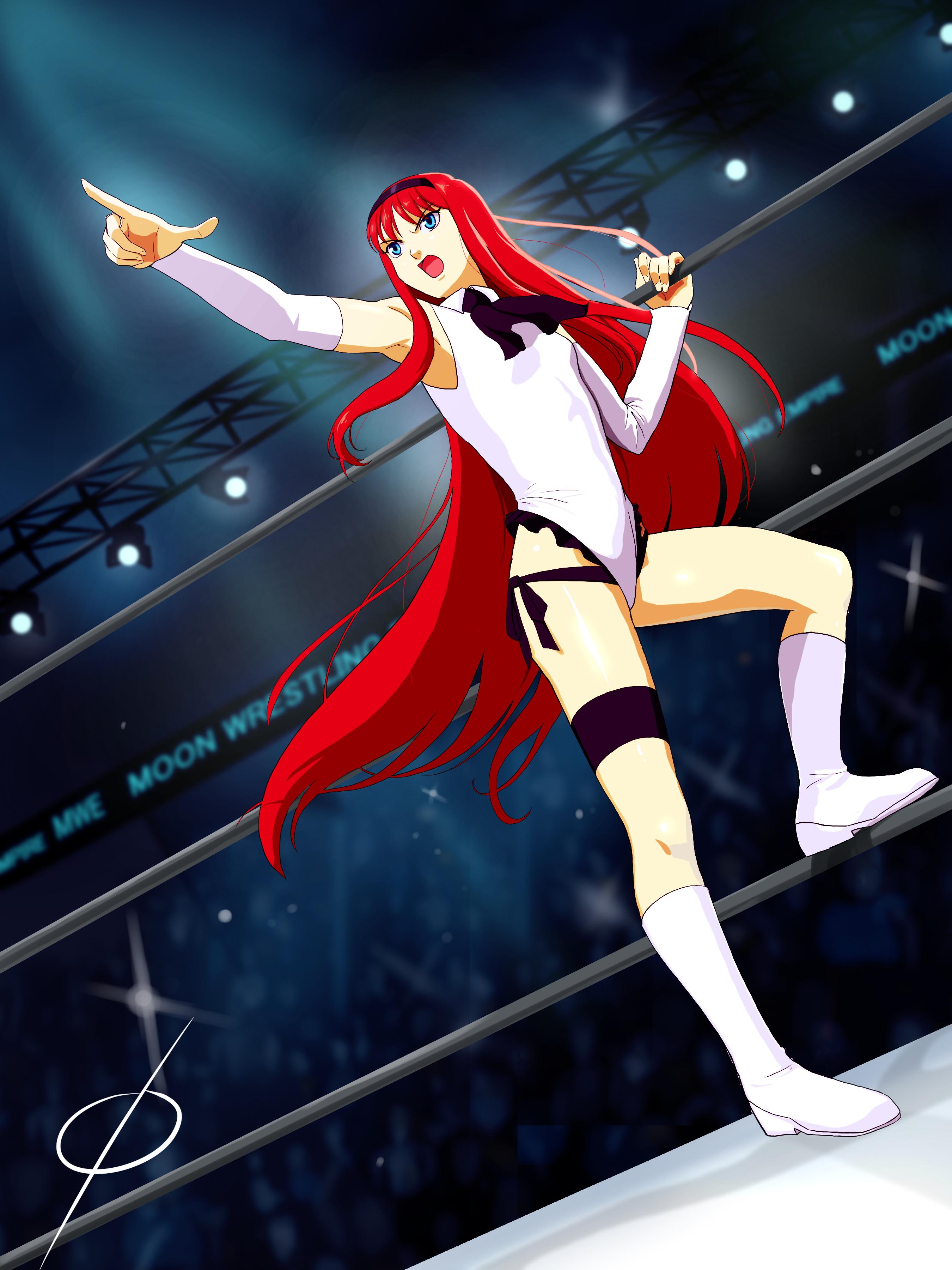 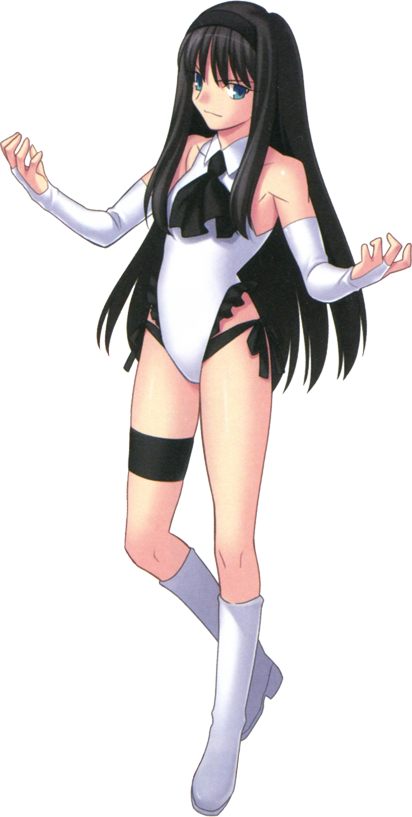 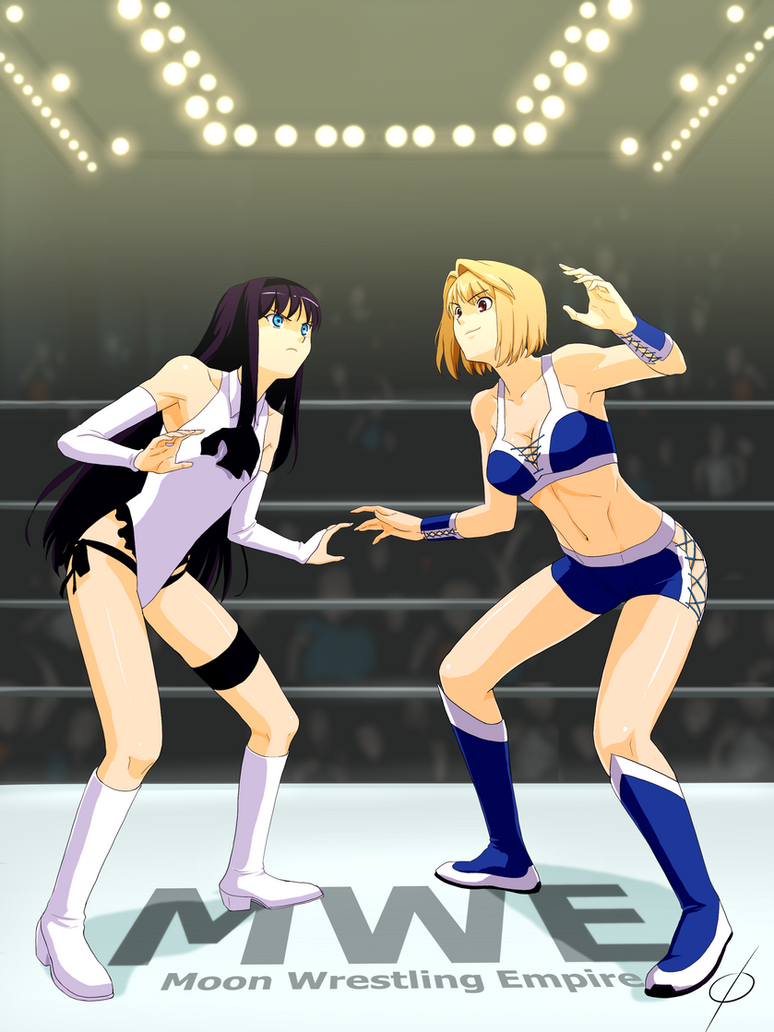 Normal Appearance when not wrestling: 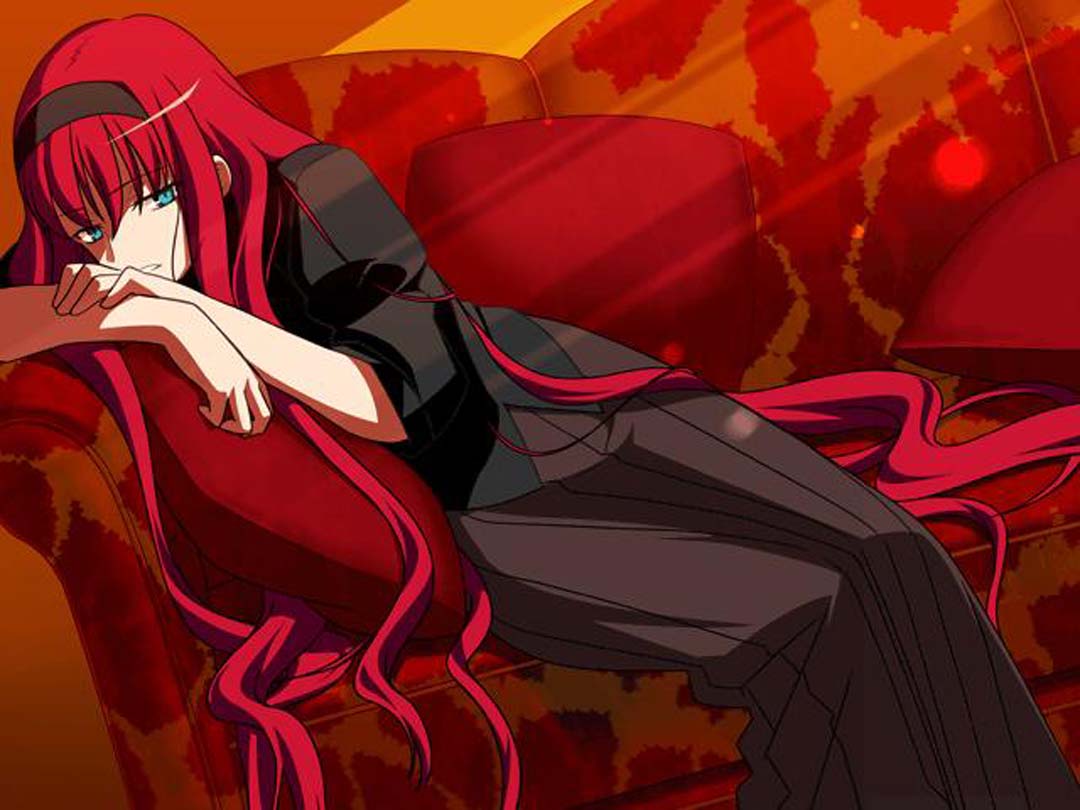 On the beach with her Rival Belinda: 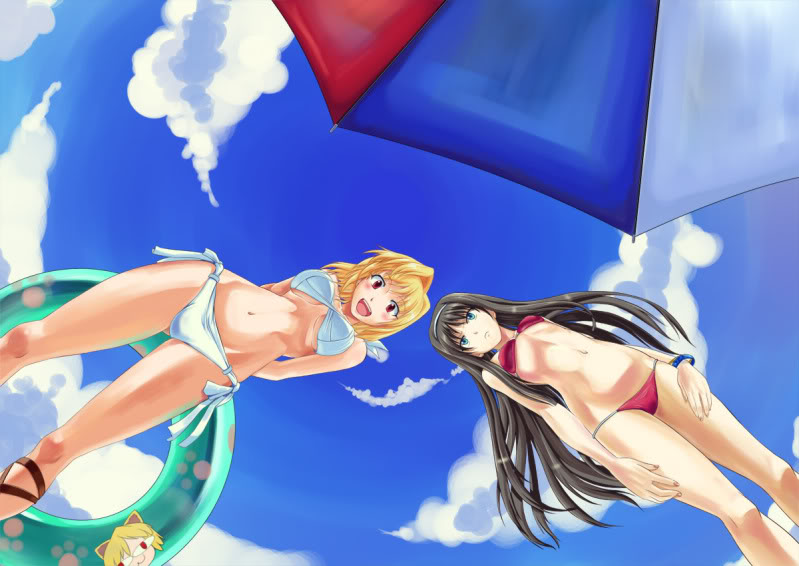 At the red carpet: 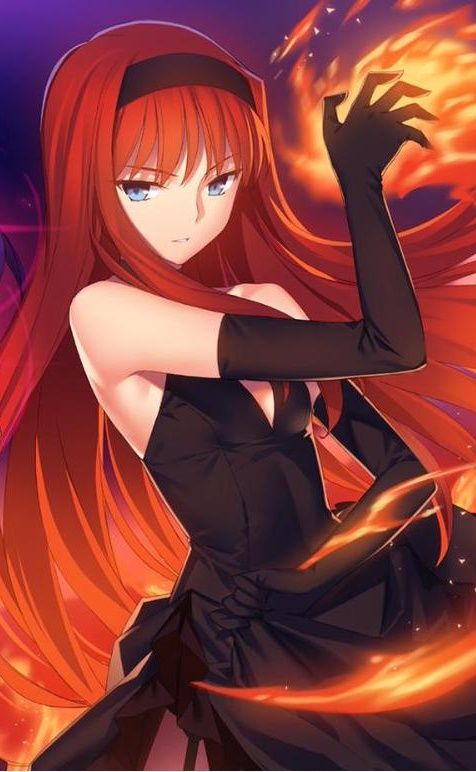 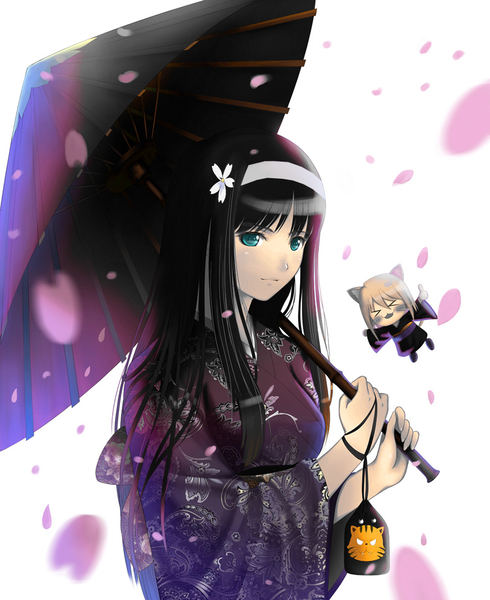 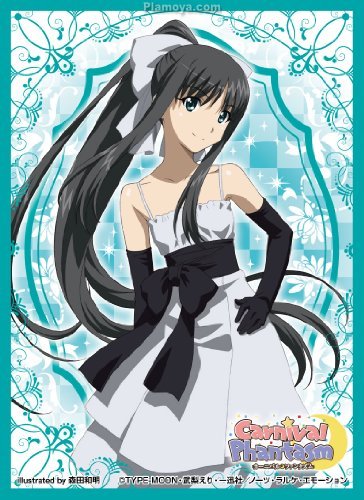 Personality: Akiha personality is a bit sadistic when in the ring.  As a result, she loves to crush her opponent to a certain degree.  She will resort to her underhanded tactics to make her opponent suffer and win the match.  Though she still has a code of honor, she will not use outside interference and will not attack before the bell rings.  In addition, she does have some respect for her opponent, as she will try to avoid throwing insults at them.  Outside of the ring and show, she is very supportive and will act a bit like an older sister.


Past/History: Born in Japan to a wealthy family who ran the Koshia company that was famous for electronics, Akiha was given strict rules when she was young.  She was the second oldest born and had an older brother.  Deep inside she always wanted to rebel but had no way of doing so.  Thus, for a long time she continued to build up this feeling of rebellion when around the age of thirteen she saw a TV commercial of wrestling and took a liking to it.

Thus, she began to do some research on the side while going to a private school and pretending to live the perfect life that her parents had set up for her.  That being said at the age of 15 Akiha began to fully rebel and started to ignore her parents command, going so far to even dye her hair red.  She began to join sports teams and doing activities her parents did not approve.

At the age of 16, Akiha, and her parents were constantly arguing.  Eventually, her brother helped them come to a compromise, stating as long as Akiha got decent grades and finish all her works she should be able to do whatever she please as long as she returned at a regular time and didn't do anything too dangerous.  Though neither Akiha and her parents like this, they both agreed on it.  Thus, Akiha started to continue to learn about wrestling and even went to a few events and watch some matches live.

At the age of 17, their parents business expanded to North America and, as a result, they would need to leave the country for a long time.  This gave Akiha, even more, freedom and once she became eighteen she decided to become a wrestler as a career.  Though her parents didn't approve there was not much they could do, without disowning her and despite everything she had done, they still loved her.  Her brother, on the other hand, continued to support her decisions.


Fun Facts: Though Akiha comes from a wealthy family, thus she has a bit of fame. Yet she dislikes it when anyone mentions it when she is in her wrestling persona.

Though she won't admit it, she actually enjoys being dominated despite being rebellious.

She is also very conscious about her flat chest.

It is rare for Akiha to drink but when she drinks, she drinks a lot and can hold her liquor.

There must always be a winner and a loser in a match.  Akiha hates it when a match ends in a draw and would rather lose as long as it's not by her submitting.

Akiha hates disrespectful wrestlers.  Though she can tolerate it in the ring, she hates it when people are rude out of the ring as well.

Sermis Languis is her cousin while Kohaku and Hisui are her maids who she views as her family.

Belinda and Akiha decided to take a shower after the match

Akiha and Aoko decide to get into a business contract

Akiha fights Hyacinth in a no disqualification match: Win

Akiha faces the Maid Del in a regular match: Draw

Akiha takes on Ren in a spar: Win

Aoko and Akiha have a photo shoot

Sermis and Mari plan out there Rematch with Akiha assisting them

In a fall counts anywhere, Akiha takes on Rui: Win

Task with taking on another Debut, Akiha faces Zao: Win

Taking part in the Lightning Tournament, Akiha faces Neske in the first round: Win

Along with her maids, Akiha decides to visit Neske in the Hospital after their brutal match

Akiha takes on her rival, Belinda once again in a tables match: Win

In Round Two of the Lightning Tournament, Akiha faces Gabbie: Win

Eliza from Tension issues an open challenge to friction, Akiha accepts it: Win

Akiha decides to ask Belinda out to date

Out shopping for a party, Akiha encounters Gabbie

After their match, Akiha decides to seek out her former opponent

In Avalanche, Akiha takes on her rival Belinda in the Lightning Tournament Finals: Lost

In a TLC match, Akiha takes on Traci: Win

After a long time, Akiha and Aoko finally have their steel cage match: Loss

After losing to Aoko, Akiha must pay her debt to her

Akiha invents a new match and holds an open challenge

In the first ever Continuous Pin Match, Akiha faces Alicia in order to make history: Win

Gabbie starts complaining about AFW, Akiha decides to debate her as more and more wrestlers then show up

In a strap match, Akiha once again goes toe to toe with Traci: Loss

Akiha is visited by Chelsea for continuing their contract

Akiha declares the start of her crusade

Attempting to get some revenge, Akiha takes on Amy in a standard match: Win

Once again, Akiha takes on her greatest rival, Belinda in a handcuff match: Win

With the Crusader in full motion, Akiha takes on an AFW legend, Heather Sunderland: In Progress

As the crusade moves on, the Japanese wrestler gets in the ring with Sephora: In Progess

Akiha is visited by her secret lover at her mansion after Belinda just finish a brutal match.

Still trying to prove who is the best, Akiha and Belinda once again met in the ring, this time in an Ironwoman Match: Draw

In a standard match, Akiha takes on Natasha Rostovik: Win

While going to the gym to workout, Akiha encounters Alaina Sanders once again.

Taking part in Champion versus Champion match, Akiha and Valley Doll face each other in a standard match:Loss

In a rematch, Akiha faces out agaisnt Alaina in a falls count anywhere match: Loss 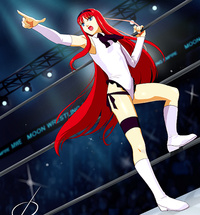