Gabbie has a learned knowledge of kickboxing. Savate, Muay Thai and American Kickboxing. In the wrestling ring she is a striker primarily with limited knowledge of MMA style grappling and submission holds.

Strategy:
Gabbie likes to hit and run. She uses her legs to wear her opponents down and uses her punches to set up finishing kicks. She tries to out pace her opponents and score a lot of hits and counters to impress the judges.

Physical Appearance:
Gabbie has short blonde hair that often gets in her face. It's messy and she pins it back with barrettes and hair scarfs. She has blue eyes that can look aqua in certain lights. They look hard against her thin but smooth skinned face. Her nose is small but slightly pronounced and her ears are just a little bit bigger than they should be on her. Gabbie's body is toned and although she isn't the tallest girl around, she looks like she's honed her body in pursuit of her craft despite looking a little young for her age. 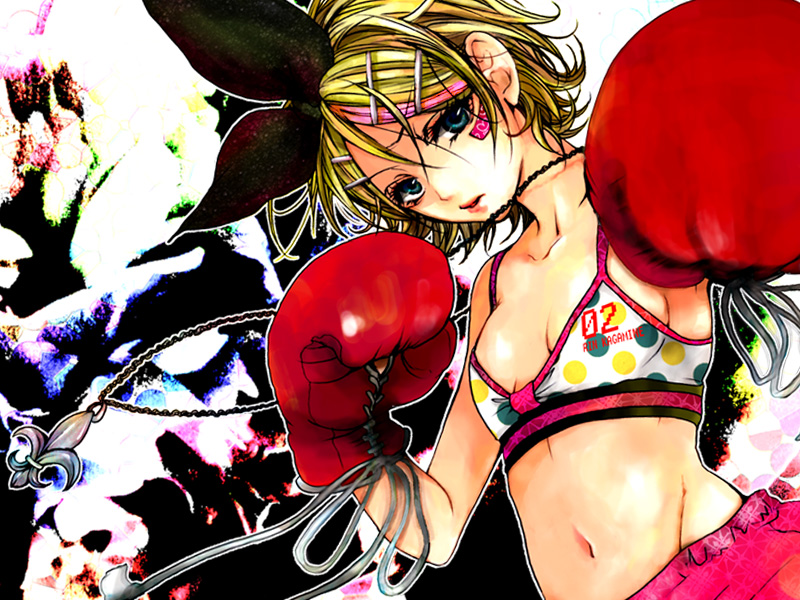 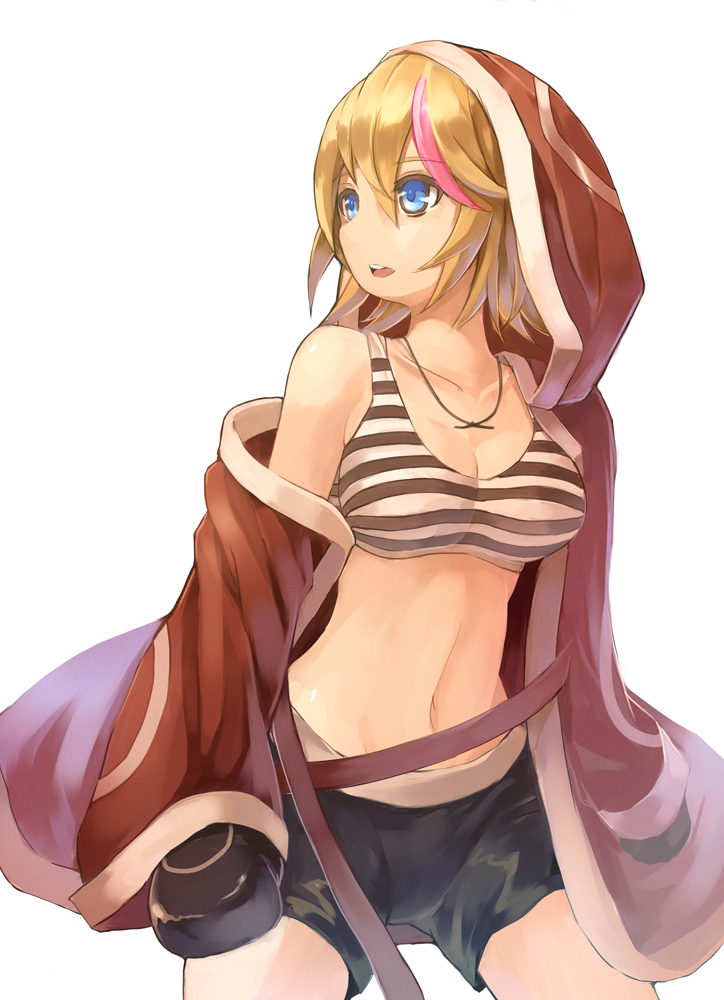 Wrestling Attire:
She'll wear black or pink MMA gloves, pink boyshorts a white sports bra that has pink trim and multicolored polka dots on it. She'll pin her hair back with barrettes and/or hair scarves.


Personality:
Gabbie is a serious girl who likes things to be a certain way. She has a hard time not being cynical but she also tries her best to be respectful. She doesn't want to be seen as someone who is rude or willing to go too far in the ring but she can also be aggressive, especially in the ring. She likes to keep her focus on the task at hand and hates superfluous things. The little things in life, to Gabbie, are nothing more than distractions. She'd only stop to smell the roses if it helped her train better, for example.

Past/History:
Gabbie was born into a super competitive family. Her father owns a Savate Instruction school and trained Gabbie from a young age. The girl fell in love with it and karate and wanted to use her training to go pro one day.

Her older sister seemed like a prodigy as well, however, she decided to train in jiu jitsu rather than kickboxing. As the sisters grew up, they sparred for each other and Gabbie developed some talent for Jiu Jitsu but never committed to it as heavily as she did to boxing.

They both shared success and Gabbie had won every competition she entered in Karate and Kickboxing. Her older sister had nearly the same success, but in Jiu Jitsu, she would always make it to the finals and lose. Gabbie was infuriated at how her sister could never get over that hump when she was obviously the best around.

But Nicole took losing a lot better than Gabbie did. Eventually her dedication to Jiu Jitsu waned and she started focusing more on boxing but didn't seem to take much of it seriously. She even got into normal wrestling and when she graduated from high school went off and trained in a gym. The two had lost a little bit of their connection and Gabbie even heard her sister had ended up doing foxy boxing of all things.

Gabbie continued to focus on her boxing and kick boxing, however, and when she heard about her sister, she packed up and moved to Thailand. She joined a professional Muay Thai circuit and excelled there as well, bringing her own skill set to the sport. She would have been content to dominate in Thailand until she got an unexpected visit from her sister.

After Gabbie's match, they talked. Nicole was moving to Japan. The AFW, the biggest wrestling organization in the world, had opened up a boxing league in Yokohama. She decided she wanted to join because she knew she could have fun there. Plus, if she was interested in wrestling, she could join that too.

Gabbie was against the idea at first, believing that the league was not respectful to boxers. However, when she began to watch the show, she had scene something incredible. The girl who had beaten Nicole at all those tournaments was there. She was a wrestler and she was showing off her martial arts and her school.

Gabbie quickly signed up. She would go to Momentum and own it and make sure that her lackadaisical sister wouldn't tarnish their own name with her mucking about and utter lack of seriousness.

-Gabbie tries to incorporate some pink into anything she wears, but especially when she has bouts. It's in support of her mother, who is a breast cancer survivor. She has recently dyed a lock of her blonde bangs pink. It honors both her mother and her "sensei" Taylor Parker, who has died pig tails.

Vs. Gwendolyn DuPont Bettencourt via being handcuffed [LOSS] Tempest Tournament