» To Wrangle a Reaper: Maria Castillo vs Liz Page
by Lilybell Yesterday at 8:11 pm

The single leg throw/suplex is one of Abbey's favorite moves. She will often use it on her own or as part of a counter.

Abracadabra!: A half-nelson choke into a suplex.


Entrance Music: "Hit Me Like A Man"  by The Pretty Reckless 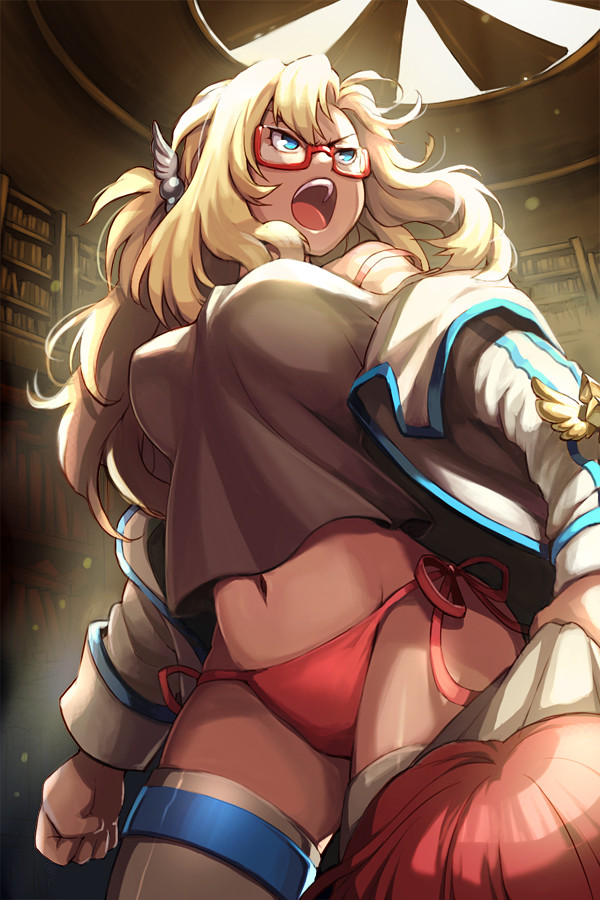 Abbey is both friendly and competitive. Outside the ring she's much more cheerful, however, inside the ring she tries to really turn up her competitive spirit. She likes good, clean matches and putting her body on the line against a man to see who has the better skill and, while it's all in the name of sport for her, she doesn't mind a little bit of playful trash talk. She adores the pageantry and pomp that comes with wrestling so she may be willing to play to that whenever possible. She won't, however, put that above winning the match. She feels she has a lot to prove being a girl dedicated to wrestling men. She'll make sure that any boy that tries to get frisky, or doesn't take her seriously, gets punished!

Past/History:
Born in Reno, Nevada,  Abbey is the daughter of a Casino manager and a magician's assistant. Her twin sister and younger brother lived a comfortable enough life as children and Abbey grew up in a fairly normal, if not slightly quirky household.

Despite being twins, both girls took different paths in their lives. Abbey's sister Nora was introduced at an early age to pageantry and modeling. The girl was fond of dresses and tiara's that Abbey often discarded. Spending greater time with their father as her mother was busier with Norma, Abbey developed a taste for sports and playing in the dirt. She was also the one who took the most part in raising their younger brother and found that she preferred his interests (although more mature versions).

Abbey would watch wrestling and boxing on television with her dad and younger brother. Abbey was always fascinated by the flashy costumes and high flying maneuvers. When she got to high school, she was eager to join the wrestling team only to find out there was no girl's team. Unperturbed, she tried out for the boys team and became rather infamous in her high school. She made the team after a bit of controversy but learned a few things. Guys seemed to take wrestling a girl much differently than she did wrestling the guys. To her, she was in it for the sport and competition. She just wanted to win! She also realized that wrestling was really hard!

After graduating, she knew she wanted to be a wrestler, but was unsure how to go about it. Along with pressure from her parents, who had thought that Abbey's enthusiasm for wrestling and desire to compete in the high school level was somewhat of a phase, spurred along by the attention she received from her involvement, Abbey moved away to a small college where she thought she could study and wrestle at the same time.

Abbey was able to join the women's wrestling team at her college but did not do as well as she believed she could do. She lacked the same enthusiasm as she had in high school and always felt awkward when she was on the mat against the other girls. She'd tried to get some coaching from one of the girls on her team but one evening when they were practicing alone, something happened. Instead of wrestling, other things happened and the two quickly started dating. Abbey never knew she was fond of other girls but when she figured it out, it changed her life.

A break up with her teammate as well as poor grades led her to be kicked off the team. Feeling defeated, Abbey left college and set out to try and get into wrestling the hard way. She tried out for an indie league and did very well when not pitted against the other girls. It seemed like she was about to be tossed out of wrestling for good as continued to do mediocre at best in the few matches she'd gotten into, solely because non-sparring practices and workouts she was always at the top of her game. None of the coaches could understand how she could out pace everyone in ability and workout ethics and yet do so poorly against other girls.

Abbey begged for one last chance but asked if she could spar against one of the males. The coaches watched as she was able to push herself and seemed to look like she was a natural inside the ring. Abbey was proud but she found it hard to do much beyond the sparring. In actual matches, she was still fighting other girls and still doing poorly, jobbing herself out and scraping by doing all the little things she was asked and expected to do.

For the next few years, she traveled the circuits, jobbing out to girls and finding the occasional male to fight. She'd still mostly lose, but she always put on a tough fight and every once in a while she'd take a victory. She knew what she wanted, she just didn't know how to get it. That was until one night she was told about the AFW. It had a tension division where not only could women fight men, but it was also encouraged. It was her destiny, she knew it! She immediately packed her bags and flew out to Japan!


Attire:
What she wears in the picture, minus the glasses, of course.

Fun facts:
-Abbey's parents couldn't decide on Tabitha or Abigail so they named their daughter Tabigail. For some reason they did not have a hard time with Abbey's sister who is named Nora Jeane.

-Abbey's father doesn't run the casino as a whole. He's a night manager in charge of a floor. His pay's decent but nothing compared to a big time Las Vegas pit boss. Abbey had seen a few shady people come and go from her house on occasion but she never knew who they were until later on when her father admitted that a few times he had been forced to do a few favors for some mob types. He'd never gotten in too deep, but he's still quite ashamed of even having to do it at all.

-Abbey doesn't believe in mixing business and pleasure. She doesn't wrestle girls, she only dates them. She doesn't date men, she only wrestles them. She found this to be the best thing she could do for her own career and life in general.

-Abbey is Tabigail outside of the wrestling world. Her friends tend to call her Tabby. When she was coming up with her wrestling name, she wanted something distinctive. She dropped the T, added an E, and decided on Abbey. She chose Abraxas because it sounded superhero-y. In fact, she is into comic books. Her favorite is Fantastic Four and Silver Surfer. Her all time Favorite character being The Thing, partially because he was the UCWF Champ. She later found out that Abraxas also had to do with magic and mysticism and she just couldn't pass it up!