Real Name: Femie Weydeman
Nicknames:
Sex: Female
Age: 23
Eyes: Amber
Hair: Brunette (sometimes dyed red)
Height: 5'7' ft
Weight: 131 lb
Nationality: Belgian
Personality: Femie is friendly and extroverted. She's usually of good cheer and loves to playfully tease those she becomes friends with. She has a natural charisma that lets her infect a room with her personality. She tries to live to help people, having gone into Psychiatric care because she felt like she could make a difference in people's lives without having to do all the squeamish things doctors and nurses do. Femie is also an athletic girl and always has a lot of energy. Some may think her personality could be quite annoying, but she doesn't really see it.

Femie also has little use for modesty. She doesn't mind shameless flirting or public displays of affection one bit. She likes to flaunt what she's got and doesn't like to hold things back even if she might be overwhelmed. 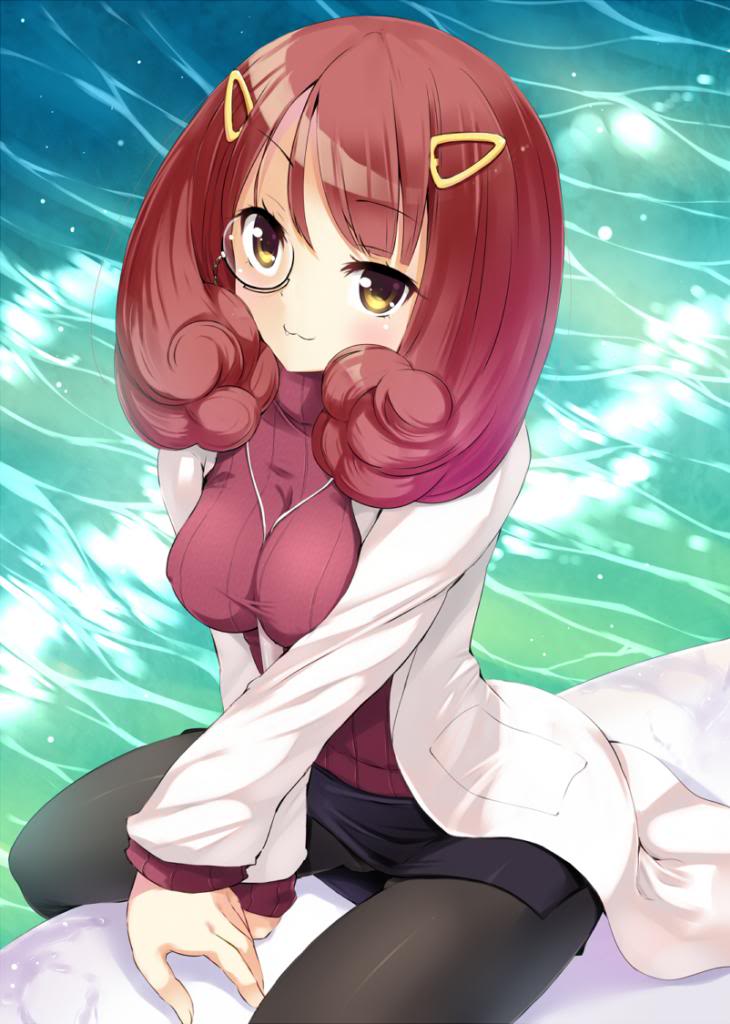 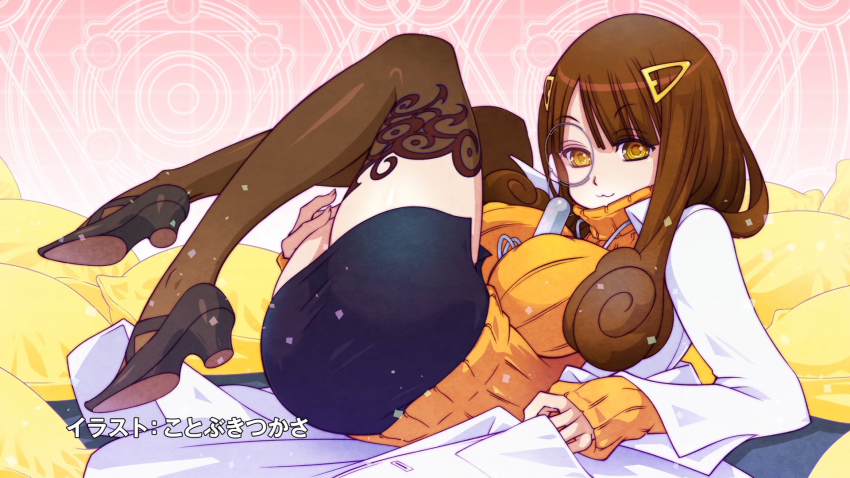 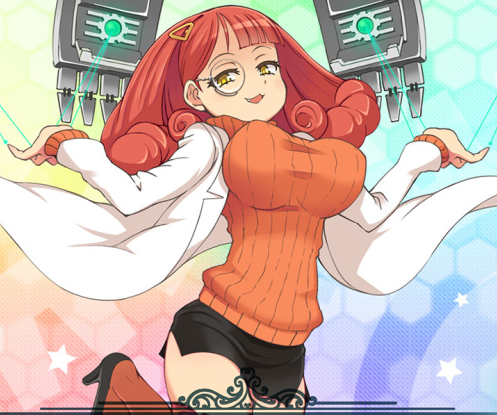 Werstling: Headcase - Femie will grab onto her opponents head and drop to the mat to jawbreaer her opponent. She won't let go and instead will flip and bend her body so she puts her opponent in a pin position.

Spoiler:
Femie was born into a loving family in Brussels, Belgium. As she grew up she was a naturally energetic and athletic girl. In school, she excelled in most of the sports she was in and was in many sports. The ease in which athletics came to her, as well as the natural endowments shew as bestowed with left her no small amount of popularity. Femie enjoyed being popular and with her popularity came a natural extroversion. But where Femie excelled in athletic competition, she struggled in academia. Tests and homework were always a challenge. She wasn't stupid but her grades never seemed to match up with the effort she put in. She could study for days on a test only to bomb it or barely pass. With the help of multiple tutors she was able to maintain a somewhat decent grade point average and even managed to get into a decent university in England on an athletic scholarship.

She wanted to study psychology and really get into the field. She felt like it was a noble cause and she loved people and wanted to help them where her natural athletic ability only seemed self serving. She struggled in university much the same way that she struggled in preparatory school and found that she really did her best work when she was out int he field. When she was hand on, it felt more like her athletics. Engaged, involved. She managed to get herself into an apprentice position when she was a senior.

While there, she met someone who would end up changing her life. The woman was Kyla Fairchild and she was the smartest person that Femie had ever met. The woman almost seemed bored with her work int he field where Femie struggled anywhere outside of the actual office. She made it her life's mission to absorb, through osmosis if necessary, anything she could from the academically gifted red head. She found the girl was a bit boorish and as egotistical as she was smart. But while it seemed to creep under most of the other worker's skin, it didn't bother Femie int he least. Especially when she found out that Kyla always wanted to be an athlete and Femie could do anything in athletic in her sleep.

Femie absorbed athletic competition the same way Kyla absorbed everything else and she was always watching football, rugby or any thing that was on. She could dissect a play without even thinking and half the time, she had some kind of telecast on almost as background but sometimes when the hours got late, she would sneak on an AFW program. Wrestling was one of her favorite activities because it got a real work out, it was slightly dangerous and, thanks to AFW, was sexy as hell. She loved putting on the hentai matches the most and squealed and squirmed at them like a school girl. She also seemed to think that Kyla was into it too. The woman feigned disdain but she always seemed to be around when Femie was watching it. She felt like she had established a rapport with the doctor enough to be able to pick her brain on the stuff she needed to know to get ahead int he field. She also started to develop a bit of a crush on the doctor but she kept those feelings to herself.

She was especially excited when Kyla was actually going to go to a live event. Femie was beyond jealous but she knew that she couldn't risk messing up her studies and wished Kyla the best. But Kyla never returned. Femie wondered what had happened and heard rumors that Kyla had actually joined the AFW. She refused to believe it until she actually saw the red head debut- quite miserably. She was sad that Kyla was pretty useless in the ring but she hadn't expected too much. She still continued to watch, hoping that she'd see Kyla each night byut she never saw her again after two matches and quickly she got lost in her work, finishing her bachelor's degree and trying to juggle the start of a new career with new schooling for the next step in her career beyond getting her foot in the door.

Although she passed her schooling, she didn't have the best grades in the world. It was difficult for Femie to get a decent job. The only place she was able to get a job was at a French Psychiatric facility called La Borde. She submitted a resume there whens he saw Kyla was in charge of the psychiatry department. However, when she got there, she realized that she probably could have gotten in regardless. The place was understaffed because it had taken on a number of patients that were almost too much to handle. Chief among them was a hulking beast of a red head that Kyla was overseeing personally. The place was a literal madhouse but Femie didn't care. No one was going to give her a test or question her methods. She was free to just DO her job and she got to be around Kyla. That alone was worth all of the other trouble.

She found her time at La Borde to be Heaven until, almost suddenly, Kyla decided to take the red headed woman to Tokyo. She was shocked but she couldn't just go with the woman. She had a job she liked and was afraid it would be difficult to find another in the field. She also knew that she couldn't just insert herself into Kyla's life. It was sad but she had to deal with it. That was until she was watching AFW late one night and saw Kyla AND her patient destroy a few saucy idols.

Femie couldn't believe it! That girl just wouldn't let it go. And Kyla was the one who people came to see about issues? Kyla was the one who needed a shrink. And Femie knew just the girl! She packed her bags shortly after and joined the AFW. She could wrestle, she could have fun with sexy girls. She could tease Kyla and be oh-so-close to her. She would have to thank the good doctor for making an important life decision for the Belgian girl. In her own special way, of course.

- Femie wears the monocle because she thinks it makes her look more mature and distinguished.

-Femie has a little bit more than just a crush on Kyla Fairchild. She's not a stalker, but she feels like she might be close. She's just looking for a the perfect time to confess her feelings. Or make it so obvious that Kyla has no choice but to reciprocate of her own volition.

-Femie watches sport more as a point of order than any real love for it. She is naturally athletic and feels like she needs to keep her body and mind sharp. Wrestling is one of the few sports she actually enjoys. AFW in particular because of the sexiness factor. But when she's not watching that, she'll usually have a football (soccer, american or australian rules) or rugby game on. If there's still nothing else, then she'll just put on a sports channel and watch whatever.

Wins:
Vs. Tannis Kichigai via binding in a straight jacket
Vs. Shiera via verbal submission
Vs. Misaki Sagashima via Pinfall

Losses:
Vs. Misaka Satan via orgasm