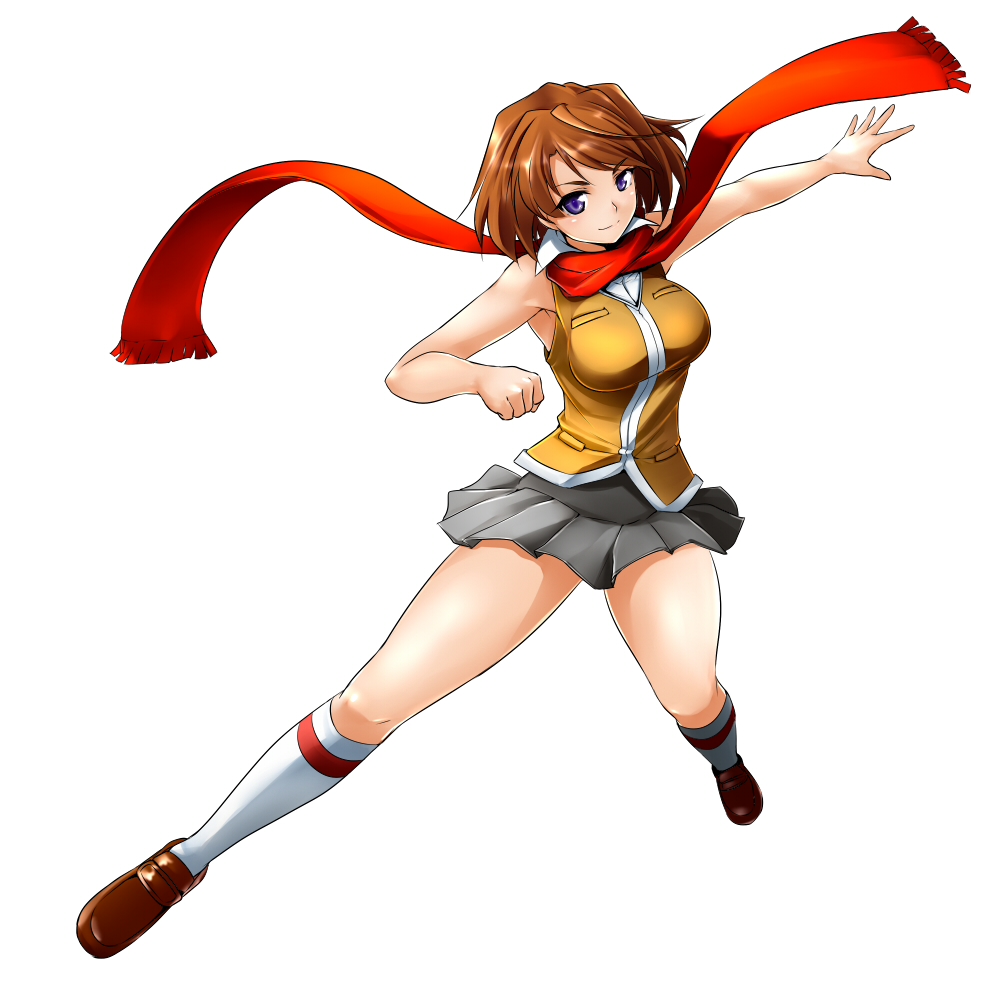 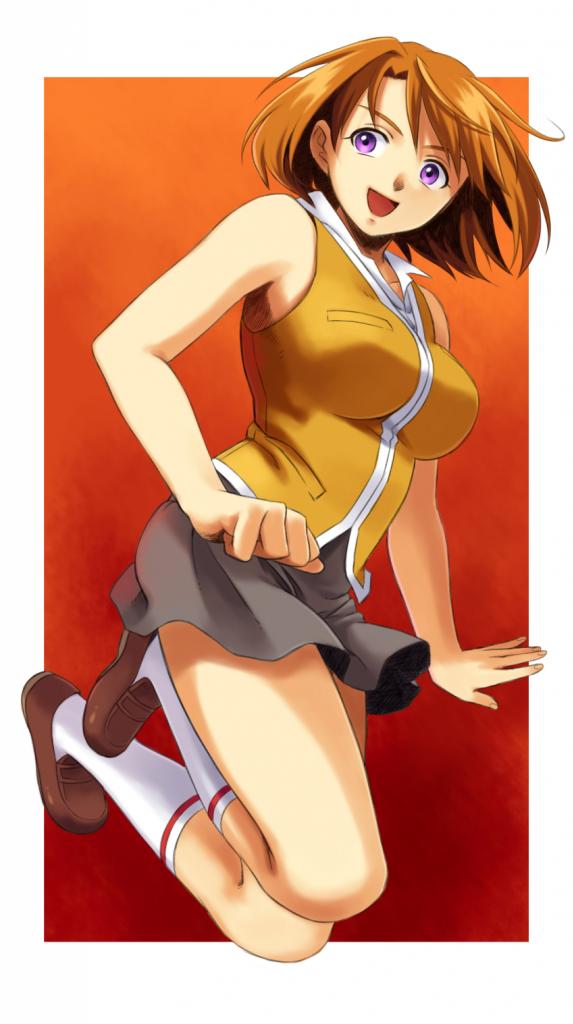 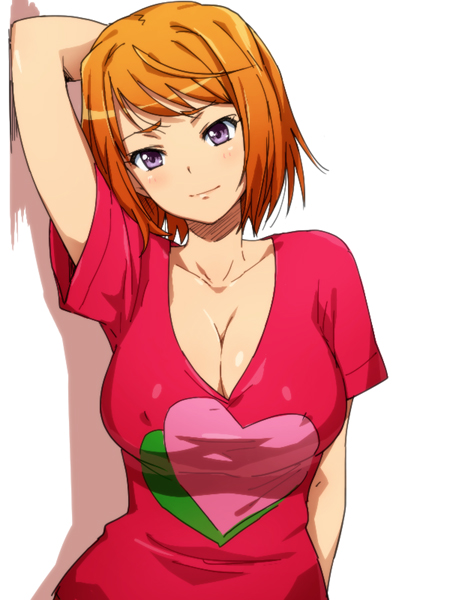 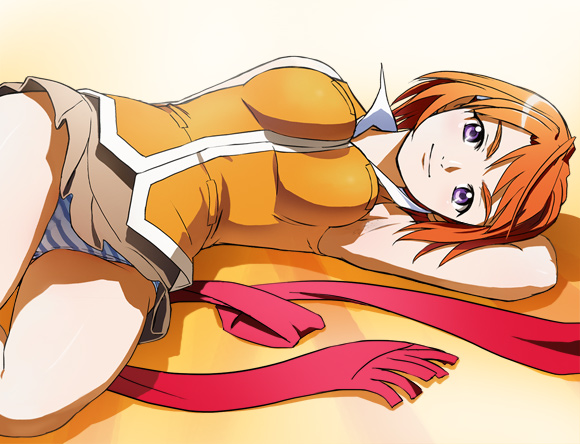 Allie is the sort of girl who can see things clearly and has a lot of expectations for herself and those around her. Especially those around her. She knows her station in life, what she can get away with and how much force or delicacy to use in any situation. Allie tries to main an upbeat and positive attitude as much as she can. It really soothes people whent hey see a girl like her smiling cheerfully. At least, that's what she's come to learn.

Alessandra was born to a wealthy socialite and a grifter/journeyman. Her mother met her father after a trip to the south side with her girlfriends. The rugged man seemed like fun for a brief thrill which turned into a slightly longer tryst. A surprise pregnancy led to a hasty marriage which was followed by an even hastier separation. Allie's mother raised her alone, but she was well taken care of. She had everything she could ever dream of, money being almost no object as her mother raised Allie with her checkbook.

As she grew up, she would constantly ask about her father, who would stop by on a birthday or a surprise visit to an amusement park. Allie would be happiest around him because he treated her like a princess, however the time they spent was always fleeting and Allie began to crave it, no, demand it.

Unfortunately, the older Allie got, the less frequent the visits were. On her sixteenth birthday, he payed her a visit to see how his little girl had grown up into a woman. And she was, but things fell apart on that day. Allie, instead of eating up the attention, knowing it may not come for a long time again, used the opportunity to demand her father take responsibility as a man.

Trying to placate her fury, he spoke of other obligations, other familial obligations. He had a family elsewhere. Maybe more than one, from what Allie could infer. She was furious and her father's words were gasoline.

Allie's tantrum went from scornful to apocalyptic as she demanded to know what kind of man-whore slut her father was and in tears, threw him out of her party and out of her life forever, or so she thought.

Nearly half a year passed and Allie assumed that she would never be speaking to her father again when her mother told her that her father was dying of cancer. At first Allie could care less. The way he behaved and acted, she HOPED he'd just go and die. But as time passed, Allie slowly came to the realization that if she didn't do SOMETHING, then she'd spend the rest of her life knowing that the last words she said to her father were spoken with ire and hatred.

She tracked him down and made sure to reconcile with him. He told her about his life and tried to explain why he was the way he was. Allie didn't really buy it, but she was glad to be his princess again. At least, that's what she thought. He passed when she was seventeen and she attended the funeral. After that, she was left to wonder about the future but she had a good idea.

As he spoke, Allie's father revealed that he had been a father before Allie. Allie had come to understand that the marriage between her mother and father could never work out. They were far different people but she had found it sweet that they tried to make it work because they loved each other. At least, she had made herself to believe that. If circumstances had been different, then maybe they'd still be together. But, because of Allie, they had at least tried to make it work.

But he had another daughter named Taylor Parker. Intrigued and interested, she wanted to see who this girl was. She was a girl who was no princess, that was for sure, even if Allie had not known her at all until just before her father's death.

It was difficult to track her down, but when she finally did, she was appalled at what she saw. Taylor Parker wasn't just somebody, she was a famous wrestler! She was using her name to act like a hoebag in front of millions of people. It was clear why her father loved Allie more. Now she just needed to make sure that Taylor knew it.

After she graduated, Allie spent a year preparing herself. Once she was ready, and she had collected Syd to take with her, she moved to Japan and signed them up for AFW. She'd show Taylor who the best Parker was without even lifting a finger or, more importantly, breaking a nail.

In the process of figuring out how to approach Taylor, AFW became a staple for her. However, it wasn't good enough. She found a local circuit in Chicago and began to attend shows. One wrestler in particular seemed to really peak her interest. The girl was just called Syd. She seemed familiar and after some light research, she found out that the girl went to her high school. It was perfect! The girl seemed rude and rowdy in the ring, and outside of it, but there was something about her that Allie seemed to like. It didn't take much to convince Syd to wrestle in Japan with Allie being the girl's manager. She was now set and had the beginnings of a wonderful plan.

-Grew up in the North Side where the Cubs play. Converted to a White Sox fan at an early age because she couldn't root for perennial losers. She's hoping she'll be able to watch American baseball in Japan.

-Has a 36DDD or 36F Chest. They are fake. After deciding that Taylor definitely had boob envy, she went to the plastic surgeon. When he asked how big she wanted them, her answer was "Ridiculous."

-Allie's manager's outfit was designed by a high end fashion designer to give her a cute but chic look. She paid a fortune for it, but money is no object when it comes to style!

Match - Gym - Backstage - Promo
Current Events
1.  Red, White and New - Allie and Syd arrive in Japan. First stop: the bar!
2. SS '14 Hardcore Casino Title Match: (C)Brittany vs. Liberty - Allie and Syd introduce themselves to the AFW! (From post onward)]
3.  Just Like You Imagined- Allie and Syd celebrate their on camera arrival!
4.Blood in the Water: Syd w/ Allie Parker Vs. Gemma Faraday - Allie takes advantage of a wounded Gemma to have Syd wound her even more! [WIN]
5. Syd Vs. Lia - Syd's debut match against her doppelganger! [WIN]
6. Akuma With Me - Syd and Allie have a date!
7. The Biggest Fan - Allie meets her "idol."
8. We're All Stars Now... - Allie and Syd meet a superstar.
9. Syd Vs. Eka Guramshvili - Syd takes on another up and coming rookie! [LOSS]
10. Syd Vs. Maricarmen Juarez - Syd takes on a spicy Latina! [WIN]
11. Toyz B' We - Allie and Syd go toy shopping!
12. Whine and Cheesed Off! - Allie sees something she doesn't much care for!
13. Entropy Co-Championship Match: Julia Rogers vs ??? - Allie and Syd go for some gold! [LOSS]
14. Who Shears the Sheeple? - Syd goes looking for her flock of one.