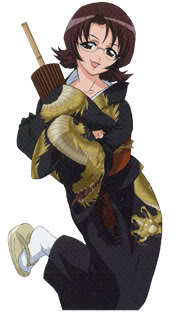 Junko as the manager "Diao-chan" 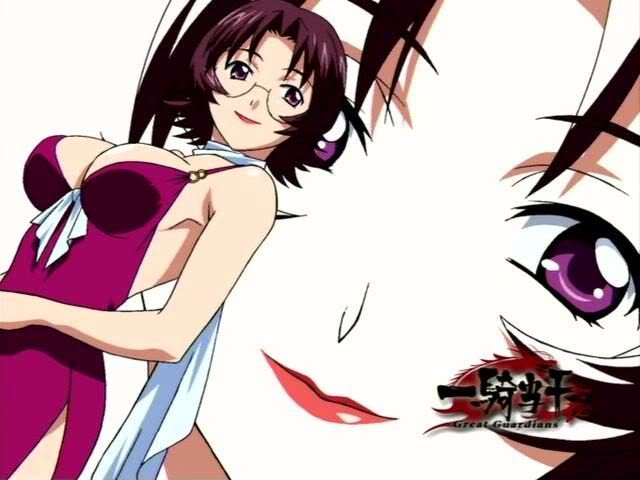 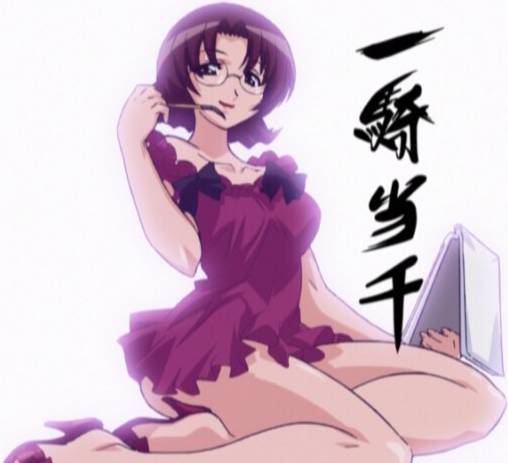 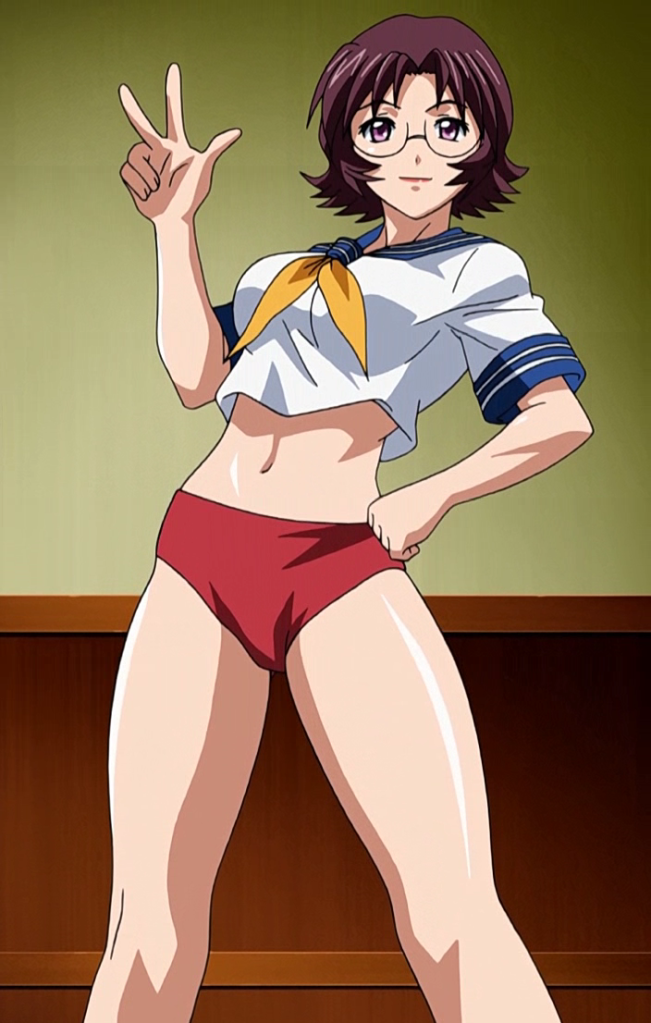 Junko in her wrestling attire 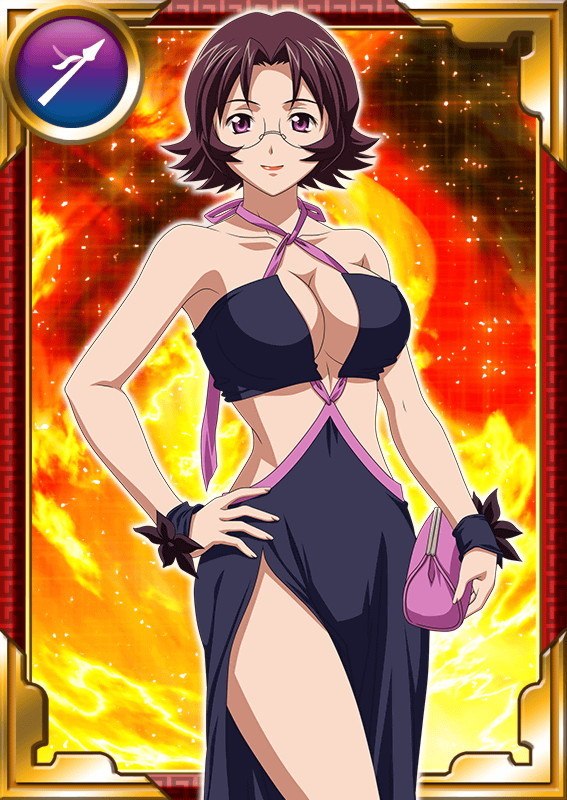 
Personality: Junko is a very outgoing and very charismatic character. Though she had personally done very little in ring wrestling, you can tell by her larger than life attitude and dynamic gesticulation that she seemed born to be in professional wrestling. She likes to have fun and thinks of life as a game. However, this does not make her irresponsible and whenever there is trouble her 'mom siren' sounds loudly and she comes running to the rescue.

As a mother she is both loving and stern. When people truly need help or love she'll be there, but she has no tolerance for shenanigans and is a scary person to behold when she is in 'disciplinarian mode' Otherwise she has a very breezy personality. She can be playful and sometimes mischievous but is always good natured.

Past/History: Junko grew up in Kyoto with a small family. Growing up in a strict but loving household she became a good natured woman but early on she seemed destined to have a career in wrestling. it was also very clear, however that that destiny was not to be met inside the ring.

Early on she was a very charismatic person that drew people too her. All kinds flocked and she often received unwanted attention. Most she could convince  to leave her be with silver-tongued wit but the few times she was forced to fight, she always went in determined to win, and always came out the looser. She would always watch wrestling on television and try to imitate their moves to little success.

By the time she was ready for college she knew what she wanted to be. She was already doing volunteer promotions work for the local league, putting up signs, attending matches and cheering on her favorite wrestlers. She made a solid connection in her local area and she attended college to earn a real degree in marketing and promotion. Studying in Tokyo and using her charisma to get in with the professional leagues there, once she was out of college she began work as a lowly marketing promoter for the league.

Junko struggled at first, doing most of the kinds of work that she had been doing as a volunteer. Making in roads was hard in the tight knit community and many times success relied on who you know. Despite being a charismatic figure, she had yet to make a name for herself. Finding a few prospects that largely went no where she was faced with loosing her job. One night, depressed from her recent string of failures she went to see a carnival to get her mind off her troubles. There she thought she was going to watch some poor sap get beat by a pro (knowing wrestling, she knew it was meant to be a con) But what she witnessed next would change her life. The con got knocked out and humiliated by someone who seemed to have no wrestling experience at all.

She would spend the next few years trying to convince this woman to join the pro ranks. In the mean time, she had used what she saw at the carnival to begin finding prospects to help her career along. She went all across Japan looking for "raw" talent. The people running the league loved seeing fresh faces molded into champions. By the time she had managed to recruit her "one punch wonder" tot he league she had found mild success. one of her prospects made it to a title match against a very popular champion and despite loosing received more attention than the victor for the great effort they put up. She had also found a husband and was considering children of her own.

Her and "Rosie the Rumbler" as she had been called were able to earn huge successes in the pro league. Junko had been the girl's acting agent and shortly after Rosie gained success even came out to ringside as a manager. Playing the character, being involved in the matches in some way washer dream come true. And she didn't even have to wrestle. The two enjoyed huge success but as all good things it came to an end. Her and Rosie got pregnant around the same time. Rosie having twin girls and Junko, surprisingly having twin boys. Rosie decided to hang up the tights but Junko came back to the ring for a few more years after the kids were older. She enjoyed mild success but never reached the same kind of heights she had for Rosie. She decided to finally hang up her managers uniform and concentrate full time on her kids. She never gave up her passion for wrestling though.

Now she has followed AFW for some time and secretly cheered Kirin on from the sidelines. Her kids were grown now and she and her husband had a messy divorce some years ago. Finding herself alone with nothing to do she contemplated joining the AFW just for kicks. She always stayed in good physical condition and thought she might be able to take some of the girls. The final straw was witnessing her old prodigy winning the title after so many years out of the ring. It was too much and she instantly joined AFW to reunite with her old companion and seek a new kind of fame and glory.

And, like her good friend Kirin, show those youngsters the power of a hot mom!


Fun facts:
-Junko enjoyed mild success after Rosie's retirement. She lead the tag team "Ice Dragons" to a title and the Warrior Amazon to a successful lightweight title. She never got as big as the days with her and Kirin though.

-Junko is a pretty heavy drinker and will challenge anyone to a contest. When she's drunk she becomes even friendlier and gets very frisky

-Though she still prefers men, the messy divorce and the struggle between age and beauty has left her with a fondness for younger girls as well, making her a bit of a cougar. (she says she only prefers steel pillars and gentle flowers but often times it's just an attempt to make her urges sound more poetic than perverted)

Wins:
Vs. Helvetica Lee via Pinfall
Vs. Lizzie via pinfall
Vs. Athena Ashara via submission