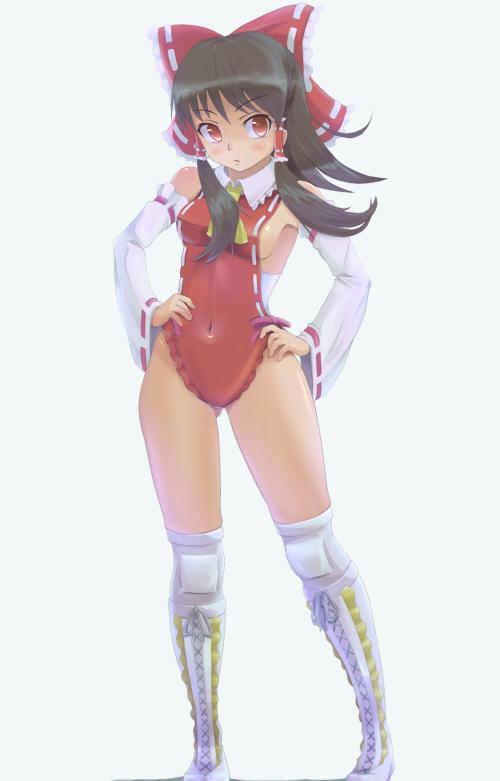 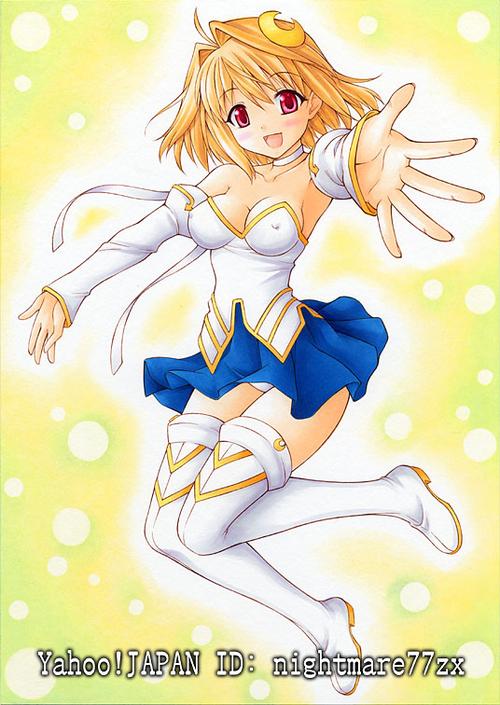 Coming freshly off of her first win in this tournament the blond cutie Belinda Northman was riding a bit of a high, and the knowledge that her rival and friend Akiha was making her way up through the tournament as well was something that was getting the Swede quite excited. She had to redeem herself after all, before the start of this tournament Akiha and her had had their rematch and it had ended with the blond taking quite a loss at the hands of her raven haired foe. If there was one thing she could do it would be to beat Akiha in this tournament. She of course would love it if she could face off against her rival in the finals, but even if that didn't happen....it was somewhat redeeming if she could managed to get further than Akiha, but only way to do so was to win this match and at the very least put up one hell of a fight in the next match.

Belinda stood in her locker room, thoughts running through her head about this match and how it was going to go for her. The thought wasn't lost on her that both of the fighters tonight were people who had cleared their way through the first round...which probably meant that tonights opponent was gonna be quite the challenge. Even so, Belinda tried to psych herself up, bouncing a bit on her feet in the locker room to get her blood pumping. She wore the outfit she had debuted in this tournament, the blond and silver top and shorts, with matching boots and gloves. Trying to go for a slightly more professional wrestling look from her other wrestling attire.

Soon enough Belinda was called to get to the gorilla position and after taking a deep breath the Swede headed out towards the positions, standing in front of the curtains that blocked the way down towards the ramps. Her heart was beating at quite a fast pace, both nervous and excited about this match...determination that might as well be made out of steel, she wanted...needed to advance, she couldn't let Akiha out-pace her not if she was going to be the girl's rival. That meant she would have to defeat this Sion, no matter how tough the match was going to be.

Her theme started to play out of the speakers and with it Belinda would step out onto the stage and head down the ramp. The crowd started to make some noise, cheering for the face wrestler whom they had grown to like quite a lot. Her friendly and kind demeanor that hide a ferocious and skilled wrestler who never strayed from the rules and tried her best to fight as fair and honorable as one could.

Walking down the ramp she'd give a few of the front row fans some high-fives, one or two asked to take pictures with her which she of course was happy to help them with. All before she moved her way toward the ring, which she'd climb up and slip in between the top and middle ropes, waving to the crowd as she did one quick walk around the ring as her music began to die down. When her entrance time was finally over she moved towards her corner and settled in it, awaiting her opponent for the night.
_________________

The music that played was not Sion's but rather a much more familiar theme. Out from the backstage entrance stepped the Friction General Manager, Lukretia Von Creuzfeldt. She had a bit of a scowl on her face. This was probably the worst part of her job.

"I am sorry to inform you zat fraulein Eltnam vill not be participating in zis round. However, I zhink zat it vould not be good to merely brush you into ze final round. You vill still need to face a competitor und I have managed to scrounge up someone at ze last minute. I do hope she is vorth all of our time."

Ren smiled a bit and just stood backstage. She'd been called by the GM herself to fight against Belinda Northman in the semi-finals of the Lightning Tournament...she was excited to face off against such a woman, although she kind of doubted that she would be coming out as the victor, with the way that her past matches had gone. Once the GM spoke, she grinned and bounced up and down on her feet...she hoped that she would be worth the time spent by the GM to even find a worthwhile opponent for the Northman to face off against, otherwise she had a feeling that miss Von Creuzfeldt would be disappointed with her. Once the GM was out of there, she gave her a nod of respect before running out into the arena when her music popped, waving to the fans and grinning at them. She ran down towards the ring, high fiving fans, taking pictures with them, and even giving some a hug and / or a kiss on the cheek with a wide grin on her face. She made her way all the way around the barrier, before sliding into the ring and making her way to her corner of the ring, looking across to Belinda. "Let's have a good match!"
_________________
Ren's Rasslers!

Belinda didn't have to wait for too long before music started to play out of the speakers, but the person who appeared was not Sion her slated opponent. Instead it turned out that it was Lukretia, the general manager of Friction. Belinda looked on quite surprised as the GM made her way down and started to soon enough started to speak

The news she came with were quite troubling at first, Belinda half thought that the match was about to not happen at all...she wouldn't want that one bit, but as she soon enough got to hear that the German had managed to scrounge up another opponent in the nick of time, it seemed as if Belinda would at least get the chance to pull off a match before moving on to the finals...or her journey might stop here.

Soon enough yet another's music started to play out of the speakers and with it the woman roughly Belinda's size started to head down the ramp. Belinda eyed her opponent as she certainly showed her love for the crowd and the fans before she made her way up into the ring and backed off into her corner. Belinda would nod at her opponent and respond to her words with a kind smile. "I'm sure we will." The blond let out before the ref would come and check on her, making sure no weapons or so was carried into the ring. After which Belinda would make her way up towards the center of the ring as the ref-girl would do the same check up for Ren.

She smiled and just looked at her opponent, waiting patiently. She didn't have any weapons on her, as always. Once the ref-girl was done and the bell rang, she started to move closer to her opponent to engage in a collar-and-elbow lock.
_________________
Ren's Rasslers!

Belinda would look on at Ren with a smile, nodding her head as the blond cutie and the brunette was being searched for weapons, which neither of them carried of course. Belinda moved closer much like Ren when the ref-girl was done and the bell had run.

Ren's offer for a collar-and-elbow tie up was something that Belinda was more than willing to agree too, moving in and attempting to accept the lock up, with which Belinda would start to push against the brunette with quite a lot of strength behind her!
_________________

She locked up with Belinda, though as her opponent suddenly began to push against her with quite an impressive display of force, she would try to fight back, but before too long she was forced backwards towards the ropes. "D-Damn, you're strong..." She spoke with a chuckle. "But you're going down, in the end..."
_________________
Ren's Rasslers!

Belinda and Ren met in the lock up, the two of them started out fairly well but the brunette seemed to quickly give way for the blond's strength, Belinda soon enough force Ren back step by step all the way towards the ropes. Once her back hit the ropes and the cute girl let out those words.

The Swede would smile, before she would see the ref-girl step close to them. She was probably going to ask the two to break it up since Ren was on the ropes. Belinda would already slowly start to unfold her arms, playing by the rules was kind of one of her things. So if Ren allowed her then the blond would try and slip out of the lock up and back up a few steps towards the center of the ring. " We'll see about that, cutie. It'll be fun to see what you have in store though." Belinda would let out as she'd give the girl a quick wink of her right eye.
_________________

She grinned at her opponent as her back was forced against the ropes, then she blinked slightly as she was freed instead of being taken advantage of. She let Belinda slip away from the lock up. Once her opponent was back towards the center of the ring, she'd walk towards her with a grin, before trying to pull her into a side headlock, pressing Belinda's head against her quite modest bust.
_________________
Ren's Rasslers!