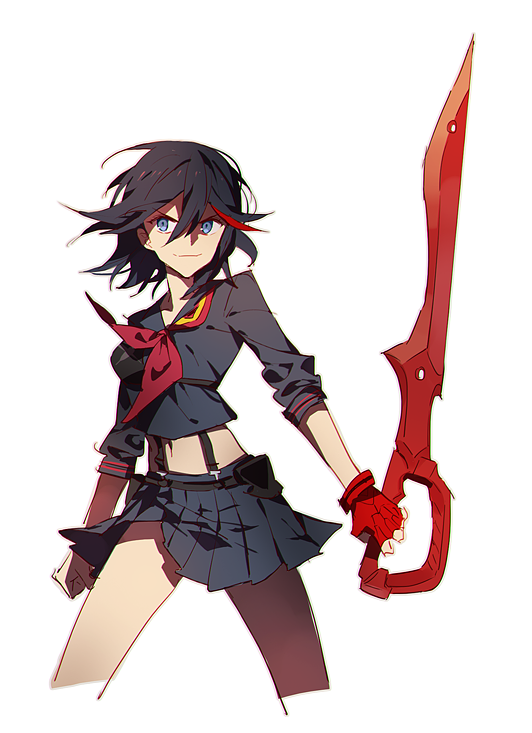 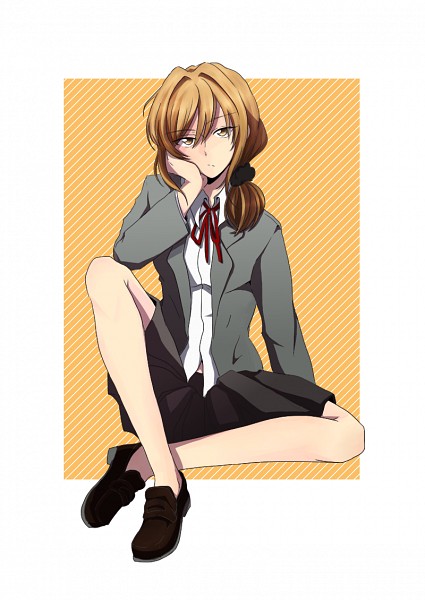 Match type: Bra and Panties
Winning Condition: The wrestler who strips their opponent down to their bra and panties first will be declared the winner.
Special Stipulation: The loser will face a Penalty. They must perform for the winner in some way.

After her first round victory against Kagami, Serina was in a pretty good mood for once. Minor technicalities aside, if the rest of these bitches were as weak as the first one, she'd have this tournament down easy. Unfortunately for her, the rules this time weren't exactly looking in her favor. For varying reasons, Serina had some very bad luck with losing her clothing in fights. Very, very bad luck. With the stipulation set to only bra and panties, her loose button-up and short skirt were her only defenses against another humiliating defeat.

Biting back her unease, Serina would emerge at the top of the ramp as she was announced, striking an arrogant pose. While her attitude and losing record earned her a pretty loud chorus of boos, it bothered her little, never having been really one to care about what others thought of her. Dressed in her usual plain white button-up blouse and short black skirt (with her matching black and purple lace lingerie underneath), she marched down to the ring and wasted no time in climbing up to her corner.

Lounging lazily against the turnbuckle post, she waited to see who her opponent would be for tonight. With any luck, she'd be able to strip the loser down quick before any of her bad karma caught up with her again.
_________________
SummoningProgram.exe
Select an entity to call forth.

The countdown to the detonation and destruction of her enemy would hit zero eventually. But that wasn't all she cared about.

With her custom schoolgirl uniform at stake, she would fight even more fiercely. Her property was more important than the well-being of that brown haired slab of meat, she thought. No need for mercy or hesitation. Jumping over the ropes and landing on her feet, there was an immediate feeling of hostility on both sides as Alyssa went over to her corner. Her maddened eyes bored right into Serina's. No, there would be no shame in this fight. She felt nothing of the sort, while being so vile that even Serina wouldn't feel bad about kicking her face in.
_________________
FRICTION
Morgan Raine
Alyssa Blank
Ange du Lac
Carol Clover
Suzuka "Nines" Masahiko

Serina returned Alyssa's vicious glare, her own lust for violence seemingly amplified by the proximity to her foe's own. Even she could tell this girl was no saint, and that this brawl was going to get dirty. Despite her expression, Alyssa didn't look all that tough in her stupid sailor outfit, something the dirty blonde girl intended to relieve her of very soon. With her own bad luck with clothing still nagging in the back of her mind, Serina's foot tapped the mat impatiently as she waited for the match to start. She wanted to humiliate this bitch nice and quick, and then maybe she could use the time after to take out more of her frustration.

As soon as the bell rang, the dirty blonde girl wasted no time, charging at Alyssa head-on. "Hope you ain't too attached to those clothes, fucker!" she spat venomously, throwing a wild punch at her opponent's face.
_________________
SummoningProgram.exe
Select an entity to call forth.

Serina's hostility only amused Alyssa. Yes, the two of them were natural born enemies. How could she tolerate the blond's existence? With a snarl, she met her foe's charge. As they both ran at each other, the Bomber slipped low to go for a double leg takedown. Against brawlers, she felt she had a fairly high chance of winning if the fight went to the ground.

"Fuck!" Serina cursed loudly as Alyssa not only ducked her punch, but grabbed her by the legs, pulled them out from under her, and dumped the dirty blonde girl flat on her back. With her very short skirt flipped upwards, Serina's lacy panties were exposed, which caused her to blush furiously, squirming about even though she remained helpless with Alyssa still holding her legs. "L-l-let go of me, you fucking cuntbag!"
_________________
SummoningProgram.exe
Select an entity to call forth.

Sure, this was a softcore match. Outright fucking Serina into submission was a no-go, given that she craved the title more right now. That said, it wasn't like she couldn't have some fun. Running one finger across those lacy panties, the Bomber grinned widely before she stood up with one leg in hand.

"You sure you want that? If I let you go now, I'm definitely going to be coming back for you later. Can't resist a body like this, you know."

If nothing else, Alyssa was swearing that she'd be doing some terrible things to Serina in the very near future. Whether she'd be standing by the end of this match or not was already in contention, but she didn't even seem to consider the idea of failing. Already, she was moving to try and put her enemy into a figure four leglock. It was a moment of vulnerability there, especially if she was kneed in the crotch while stepping over Serina's leg!
_________________
FRICTION
Morgan Raine
Alyssa Blank
Ange du Lac
Carol Clover
Suzuka "Nines" Masahiko

As Alyssa's finger trailed along her panties, combined with her rather thinly-veiled threat, Serina could feel a moderate chill run down her spine. Sexual violence was definitely not something she was fond of. As her foe began to try and pull her into a figure-four leg lock, the dirty blonde would not let that happen easily, partially spurred on by her fear. As Alyssa stepped over her, Serina shot her knee upwards, aiming to nail her foe right in the groin.
_________________
SummoningProgram.exe
Select an entity to call forth.

The vile grin on Alyssa's voice was snuffed out by the sudden impact against her groin. She stumbled slightly, her mouth hanging open from the shock of the hit. In fact, she even had to grab the top rope to avoid falling over. She turned her head back slightly, eyes blazing with anger as she vented her hatred towards the dirty blonde.

The Bomber would remain open, even as she let go of the rope. There was still time to strike against her. The only question was if Serina could make the best of this opportunity.
_________________
FRICTION
Morgan Raine
Alyssa Blank
Ange du Lac
Carol Clover
Suzuka "Nines" Masahiko

"Serves you right, ya cunt..." Serina growled, scrambling quickly back up on her feet. With Alyssa still reeling from that cheap shot, the dirty blonde girl would make her move. Swapping over to her judo skills, Serina would try to grab her foe by her blouse while sweeping her legs, attempting to slam her down into the mat.
_________________
SummoningProgram.exe
Select an entity to call forth.