Search
Latest topics
» Antoinette Francine vs James Elfron - Reach For The Stars
by Leon564 Today at 12:02 am

» The Tigress Debuts!
by MacbookAir Yesterday at 5:41 pm

» A clown and a wrestler walk into a ring: Dave Blake vs Sandía
by SleeperAgent94 Yesterday at 12:56 pm 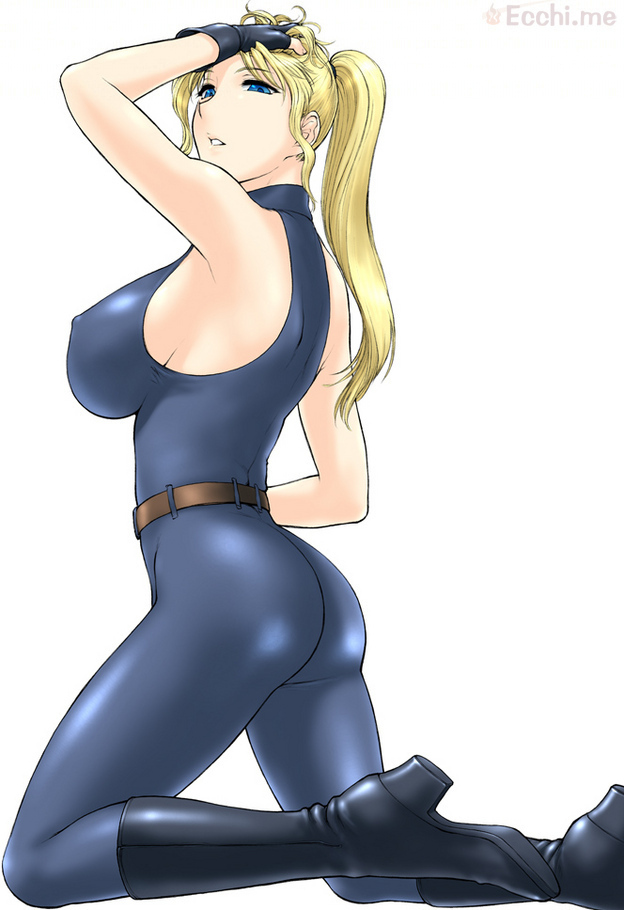 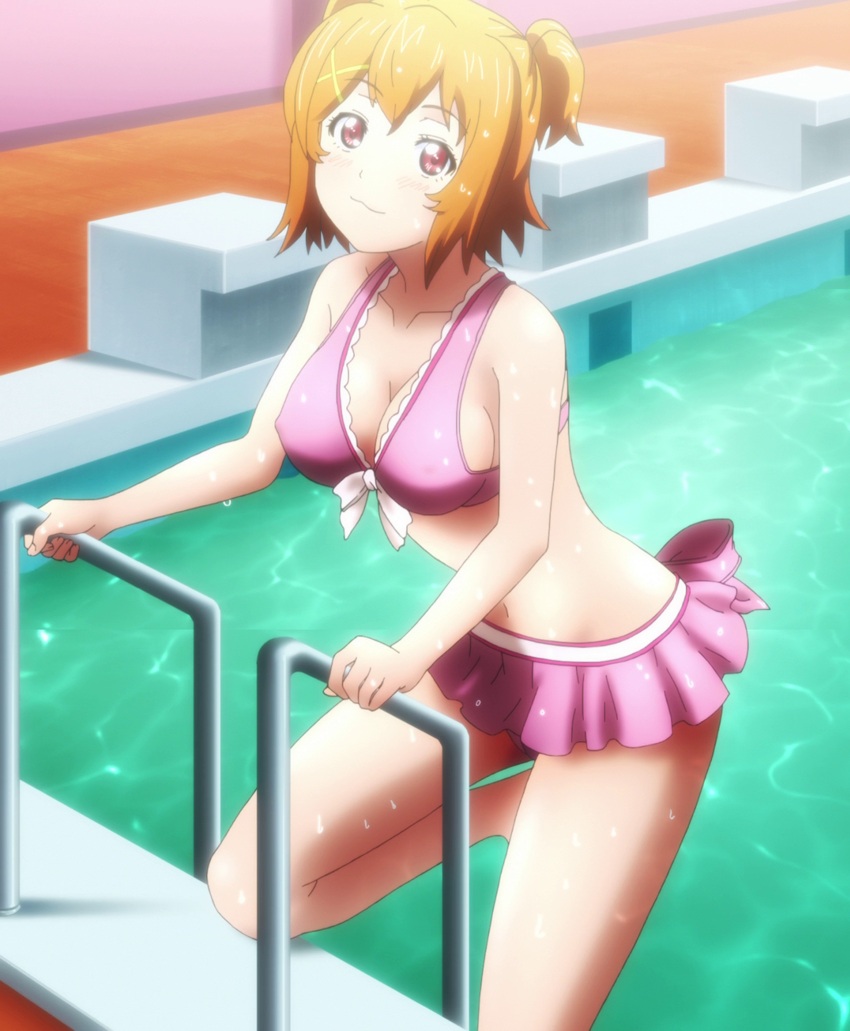 Match type: Bra and Panties
Winning Condition: The wrestler who strips their opponent down to their bra and panties first will be declared the winner.
Special Stipulation: The loser will face a Penalty. They must perform for the winner in some way.

Victoria Archer's music began playing over the speakers in the arena, and the blonde amazon soon stepped out onto the stage. Dressed in her usual blue skin-tight bodysuit, black gloves and boots, she smiled as a wave of cheers from the audience welcomed her, then began walking down the aisle.

Her victory in the first round of the Softcore Championship tournament had not only brought the blonde one step closer to her first potential championship, but it had also been the first victory of her pro wrestling career. After a string of people exploiting her shyness to send her on a big losing streak, it seemed she had finally overcome that obstacle enough to hold her own in the ring! It was a step that had been long awaited, but now it was time to move forward once again.

After climbing onto the apron and stepping through the ropes, Victoria walked into her corner and stretched her limbs out while awaiting her opponent’s arrival. She knew very little about this woman, but nonetheless felt confident. Whatever kind of person came down that ramp, Victoria was going to be ready to give everything she had to get to the next round.
_________________
LARIATO'S LOCKER ROOM

Masako walked back stage with a soft smile on her face she won the first match she had for this softcore tournament and felt good even though she didn't care much for winning the the whole thing, she just want to have some fun although wining was a perk when shes in a match. "Next match is starting I should hurry. " she said to her self and jogged to curtain. Getting there she waited for her cue.

She wore Jean shorts and a tight shirt as well as regular socks and tennis shoes, she knew she couldn't wear her swim suit since this was a strip match. Masako music came out of the speakers and she walked out to the arena waving at the crowd and smiled at the audience waving to them even blowing a few kisses. looking at her opponent she pouted seeing how she was wearing a body suit. Getting into the ring she looked at her opponent, "Thats no fair your wearing a body suit." Masako said while she limbered up.
_________________
Dragonswills' girls

When her opponent made her entrance, Victoria watched as a cute woman came through the curtain and walked down the aisle to the ring. Judging from the way she carried herself, Masako looked like a pretty nice girl. At least, Victoria didn’t feel like crotch shots or other cheap tactics would be something to worry too much about, though of course she knew better than to just assume something like that.

When Masako entered the ring and commented on Victoria’s outfit, the blonde replied, “It can still come off. Not that I’m gonna let that happen so easily.” she grinned and winked at her opponent, and the bell then rang to start the match.

Coming forward out of her corner, Victoria moved toward Masako while crouching slightly and holding her hands up. And once she was close to her foe, the tall blonde would then shoot her arms out and try to initiate a simple lockup with Masako.
_________________
LARIATO'S LOCKER ROOM

"Yeah thats true but we'll see how easy you'll let me strip that off you." Masako smiled after she limbered up and would crouch slightly hands up. Nearing Victoria the two lock up, Masako would push back but she didn't think it would help her that much since she figured Victoria could be stronger then her.

Victoria was feeling pretty good about things as she started to push Masako back bit by bit. However, her progress came to an abrupt halt when Masako suddenly gave her a quick kiss on the cheek, causing the blonde’s cheeks to go red as surprise filled her expression. “Wh-what the...?!” she started, but then shook her head while trying to throw the thought aside so she could focus again on the match. However, the moment of distraction might’ve bought Masako an opening if she reacted on it in time...
_________________
LARIATO'S LOCKER ROOM

Masako smiled when her kiss on the cheek gave her an idea of how her opponent was like in some things. Giggling Masako released Victoria seeing the opening and was going to take it as she moved behind the girl. Getting behind her opponent Masako wrapped her arms around her but she was doing anything yet instead she moved her hands to grab onto Victoria's breast and gave them a firm squeeze.
_________________
Dragonswills' girls

The distraction from Masako’s sudden kiss proved to be more than enough of an opening for the girl to work with, and in the blink of an eye Victoria’s foe was right behind her, and pair of hands were reaching around the blonde to squeeze her large breasts! “Aahhh! St-stop that!” she protested, immediately blushing intensely as her hands moved up to try to pry Masako’s off of her.

But she tried to keep her mind calm and focused. And if she could get just one of Masako’s hands off her chest, Victoria would pivot her hip while pulling on her foe’s arm, hoping to flip her over and drop her down onto the mat.
_________________
LARIATO'S LOCKER ROOM

"hehe why arn't you enjoying it?" Masako asked as she continued to massaged Victoria's large breast as much as she could. Masako figured this would help her abit in the match since people like her lose their focus when being teased. She figured shed have a few seconds of playing with Victoria's breast befor the blonde would grab one of her arms and pull it.

Masako would try to pull off of her foe but the girl was abit quicker then her and she would flip over the girls hip nad land on her back on the mat looking up at her opponent " ouch.." she said under her breath befor scrambling back ot her feet
_________________
Dragonswills' girls

A month ago, Victoria wouldn’t have had the clarity of mind to be able to fight out of Masako’s fondling grasp. The embarrassment would’ve simply been too much, and the tall blonde would’ve turned to a humiliated lump of putty in her foe’s hands. Fortunately for the amazon, she’d matured enough that such a tragedy wouldn’t happen so easily.

As Masako scrambled back up, Victoria quickly moved in to try to take advantage of the situation. Holding both fists out in front of her, she’d wait until her opponent was back up and facing her again, before swing her right leg hard right at Masako’s chest, aiming to blast her with a kick in hopes of dropping the girl right back down to the mat!
_________________
LARIATO'S LOCKER ROOM