» Daisuke 'The Wrestling Prince' Takeuchi vs "The Golden Goddess" Natalie Cantlay
by Teenwrestler Yesterday at 4:49 pm

» The Cat in the Hat cometh knocking
by Tarantulust Yesterday at 2:43 pm 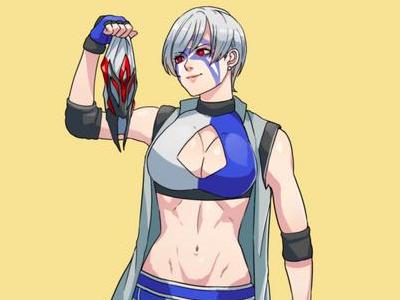 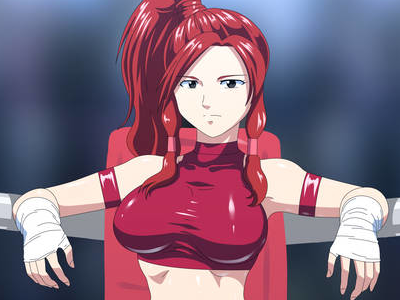 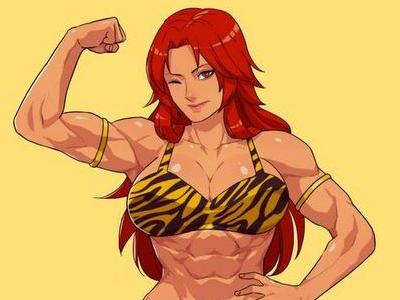 At long last, after debuting at Avalanche 2013 as the "Super Rookie", her Entropy run, her Hardcore title run, her battles with WAR, at long last Silver Ace was getting her very first shot at the Friction World Title.

Standing backstage in her ring gear, Ace held the mask given to her by her trainer, the deceased Silver King, lovingly stroking it as she stood in silent contemplation, before her music began to play.

"...This is it then. I know your watching me and are right there cheering me on tonight. I promise I'll make you proud." She said softly, giving the mask a kiss before putting it on, covering her painted face before she came out onto the ramp.

The audience roared for her, chanting her name as she came out onto the ramp, raising her arms up to make the "A" symbol she had become known for, before she went down the ramp, pressing her back against the ring barricade at one point so her fans could pat her shoulders and she could high five several of them, before she would slide under the ropes and enter the ring. Taking her beloved mentors mask off, she would climb the turnbuckle, raising it up high for everyone to see, making it clear to all involved just who she was fighting for tonight.

Hopping off the turnbuckle, she handed the mask, and her jacket after removing it, to the timekeeper outside the ring to keep it safe, before retreating to one of the corner turnbuckles, starting to bounce on her heels and shadowbox to keep her arms loose and limber as she awaited her opponents. Tonight, she made Valley, Gallium and Silver King proud. Tonight, she won gold.
_________________
Check out the recently revamped Roster Page, now with pics!

Following up behind that entrance was someone who had only recently joined up with AFW, but had become an overnight sensation. Rebecca still was not entirely sure why she of all the folks had become the face of the newest generation of AFW stars but thet was what she had become. Winning superstar and tag team of the year, despite having been here for barely half of it. And now she was getting a shot at the world title. She felt she was the odd girl out, neither the veteran like Ace, or the current champ like Alaina. Even so, she was going to live up to the Warrior name she had given herself and bring home gold to the husband and daughter waiting fir her triumphant return.

As the Ace's music died Down, it was replaced by her Song of Roland. The ancient song got her blood pumping and she exploded out onto the stage to a storm of cheer and folks even joining in on her battle cry and she ran down the ramp and slid I to the ring. Ace was already there and Rebecca gave her a knowing nod...there was still plenty of unfinished business between them and tonight Rebecca hoped to finally settle it.
_________________
Valicon's Roster

This match was going to be one hell of a matchup. Alaina was backstage with her title over her shoulder clad in her two piece tiger print wrestling attire. She had fought Ace twice before splitting the meetings. She was at one point very familiar with Ace earlier in her career but Rebecca was a nearly unknown quantity for the amazon. Alaina left the locker room focused on doing one thing and one thing only: Retaining the Friction Championship.

Soon after Rebecca made it to the ring Alaina's own theme began to play and the crowd roared as she appeared at the top of the ramp. Alaina struck a couple poses to show off her figure before hading down towards the ring as she soaked up the loud cheers of the fans. She smiled and high fived fans all along the sides of the entry ramp, even going all the way around the ring as she bound around. Eventually she slid into the ring underneath the bottom rope and stood tall, holding the Friction Championship high and nodding to the crowd before giving it to the referee.

Alaina looked both Ace and Rebecca up and down sizing them up. She was not going to lose tonight, no way. Alaina wanted to keep rolling and defend this championship for a fifth time since winning it one year ago against Adrian Kytes. One woman, two women, three women... no matter how many she was up against the champion was determined to come out on top.
_________________
"The Amazon" Alaina Sanders-Friction
Suzumi Ishikawa "The Tsunami"-Friction
Peggy McIntyre-Friction
Hikaru Sawazaki-Friction
Rosa "Crusher" Cabrera-Friction
"JJ" Janella Johnson-Friction
Raquel Masters-Friction
Lauren Fredericks-Friction
TAG TEAM
The Irish Amazons

Here they all were, three tough fighters, all ready to lay it on the line and beat the snot out of each other. Needless to say, Ace was excited, the blood pumping through the face-painted fighters veins.

This is what she lived for, fights like this. This is why she ditched high school at 16 and go early access to her inheritance. Now she was in another big fight, this time with the world title itself on the line, against one of the best fighters on the roster, and an up and coming top fighter as well, just the kind of challenge Ace enjoyed the most.

"So...you girls ready for one hell of a fight? I'm not planning on going home empty handed!"

Stretching, Ace nodded at both of her opponents, bouncing on her heels, eager to get things started as she waited for the bell to ring!
_________________
Check out the recently revamped Roster Page, now with pics!

Standing next to these two veterans, Rebecca was again reminded that she was the underdog here, the rookie, the challenger least likely to earn the win. Good, let then think that, it would only enhance her reputation and legend when she came out if here victorious. A grin spread across her face and she let put a warcry of her own, an ancient war cry used by Frankish soldiers of old to inspire their comrades and put fear into their enemies. "I am not leaving here without that title Ace, Sanders. On my honor as a warrior I will not fall here."
_________________
Valicon's Roster

Alaina looked over at the two women and smiled. She knew how good Ace was, and if Rebecca were here she had to be quite the talent as well. "The Friction championship isn't mine to lose, it is mine to keep and I will be keeping it." Alaina said as the title was handed over to the official while the three women stared at one another.

The bell would ring and Alaina would circle a bit waiting for her opponents to move. Once the moved closer to one another... and to her herself.... she would let out a scream and burst towards them extending both arms and attempting to kick things off by hitting both with a running clothesline at the same time!
_________________
"The Amazon" Alaina Sanders-Friction
Suzumi Ishikawa "The Tsunami"-Friction
Peggy McIntyre-Friction
Hikaru Sawazaki-Friction
Rosa "Crusher" Cabrera-Friction
"JJ" Janella Johnson-Friction
Raquel Masters-Friction
Lauren Fredericks-Friction
TAG TEAM
The Irish Amazons

Finally, the bell rang and everything was under way. One more hard fight, after years of combat, and Ace would finally have the greatest prize in pro wrestling around her waist...and then her and Valley would celebrate.

The three women tensed up at first, each looking at the other, planning and working out their own strategies. Ace had just been about to make a move at Rebecca, when a roar from the champion made her turn, in time for Alaina, moving faster than Ace remembered her being able to, crashing into her with a powerful clothesline, the Amazon's arm smacking the former Entropy and Hardcore champion down to the mat!
_________________
Check out the recently revamped Roster Page, now with pics!

Rebecca had been keeping an eye on both other women and when the bell rung had expected Ace to make the first move. To her not complete surprise the champion actually acted first and the Redhead barely got out of the way in time. Ace it seemed took the hit hard though. Not wanting to feel left out, Rebecca immediately tried to bounce of the ropes and run her own full weight into the champ, looking to clothesline her and gain an early advantage here.

Alaina's gamble to try to surprise both women had failed, and initially she thought she just missed Rebecca. However the amazon turned and heard footsteps. She tried to raise a leg up but Rebecca had rushed at her and instead of Alaina trying to halt the charging challenger with a big boot it was the champion being smashed by a hard running clothesline while standing only on one leg as her partially raised leg for the big boot left her at a complete disadvantage!

The amazon groaned and hit the mat hard, coughing and rubbing her chest as she laid on her back, using hero the arm to prop herself up into a sitting position.
_________________
"The Amazon" Alaina Sanders-Friction
Suzumi Ishikawa "The Tsunami"-Friction
Peggy McIntyre-Friction
Hikaru Sawazaki-Friction
Rosa "Crusher" Cabrera-Friction
"JJ" Janella Johnson-Friction
Raquel Masters-Friction
Lauren Fredericks-Friction
TAG TEAM
The Irish Amazons