» Alizeh Midori vs Mika Murasame: Climbing the Ranks
by Bare Yesterday at 10:04 pm

» The First Trials of Alois: Alois Trancy vs Enki Gale
by Void Effect Yesterday at 7:37 pm 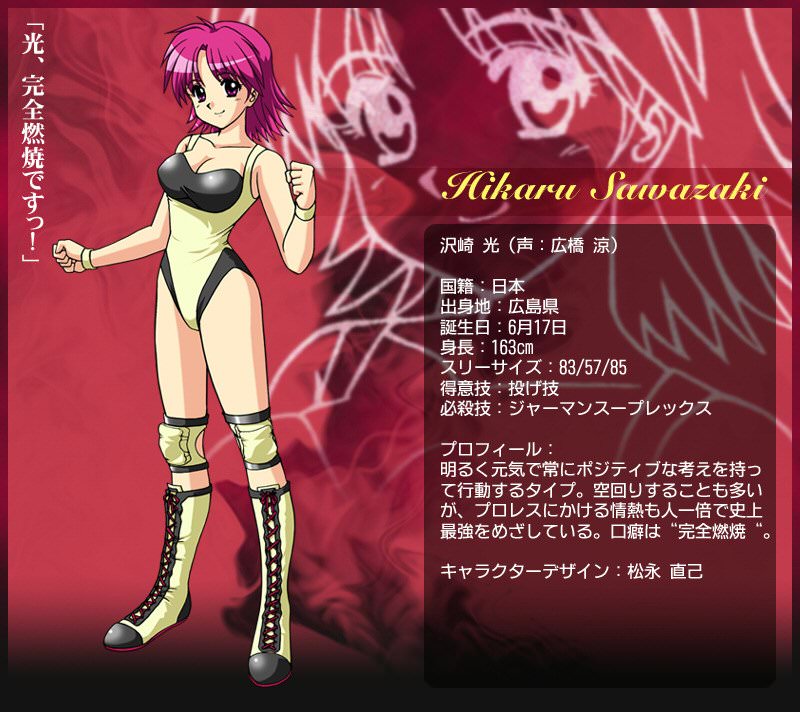 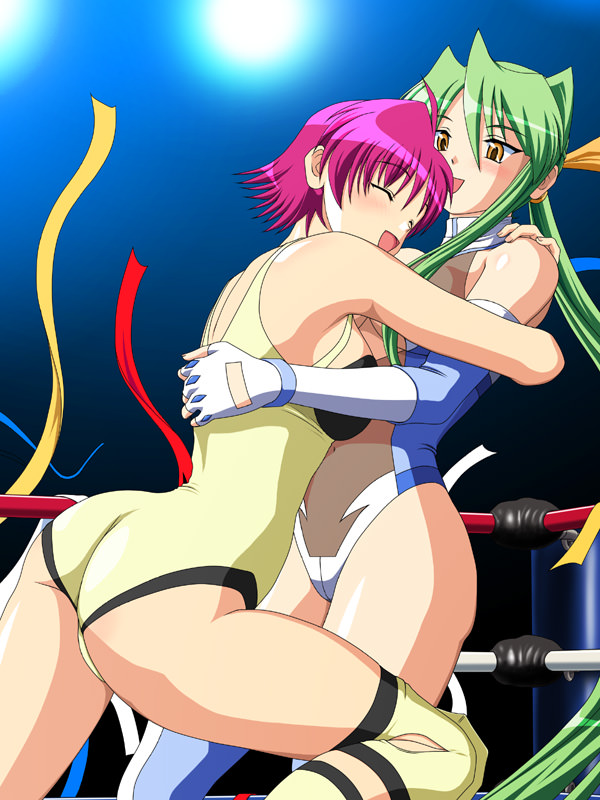 Attire/Fitness:  Yellow/black one piece swimsuit with matching kneepads and boots.  She is in good shape, fit and mostly firm but not very much obvious muscle mass or definition in the upper body.

Personality: Hikaru is generally cheerful and polite, and oftentimes far too trusting for her own good.  She believes in fair play and has a wide variety of offense open to her.  She has a good heart and sees the best in others as often as she can.  She is a spirited young woman and she believes that with work she can capture the hearts of the fans worldwide and be a successful wrestler inside the squared circle.


History: Hikaru is from Tokyo, and one of four sisters.  She did well in school as was expected of the child of a university professor and doctor.  She had supportive parents, and she was generally seen as another Kawasaki academic standout... sort of.  Her sisters were following in their parents footsteps and excelled in school.  Hikaru, being the youngest, did well and was generally towards the top of her classes but not THE top like her sisters.  She was also more of a tomboy and as she entered her teen years she was a closet wrestling fan.  She only watched a little but loved what she did get to see.  She was about to graduate and continue her academic career, but felt hollow on the inside.  It wasn't until she found a small local promotion that she wrestled in while attending school.  She quickly did better there than she did in school and came to the realization that she wanted to be a wrestler more than she wanted to go to school for years in hopes of getting into the medical field.

She one day told her parents of her decision and to her surprise they were supportive.  They were in fact proud of her for being so clear minded and knowing what she wanted to do.  They said they would support her, and pay for her things until she got a well paying job in her new career.  However, there was a caveat to the deal:  They wanted to see her continue her education and at least obtain a bachelors degree as a backup plan in case of an injury that prevented her from wrestling anymore.  She knew it was a smart way to go about things, so she now trains and wrestles while taking a few night classes to hold up her end of the deal.  She was wrestling for the love of it although her income was laughable.  That is until AFW came along and offered her a contract!  The excited Hikaru couldn't sign on fast enough!  Now she makes enough to pay her own way and is slowly working to pay back what she owes her family for her student loan even though they insisted that it wasn't necessary.

Now in AFW Hikaru is intent on making her mark and showing everyone what she can do!

Wrestling Style: Hikaru can do a bit of everything and sticks with a balanced pro-wrestling style.  She isn't lacking in any one area but she sure as hell isn't the master of anything either.  She can either exploit a glaring weakness or if facing a specialist that manages to stick to their gameplan she ends up falling short.

-Hikaru is very family oriented, and eternally grateful that her family accepted her decision to wrestle instead of pursuing a more academic career.
-Hikaru does well in her night classes and shift her focus from medical towards teaching at a high school level, although she may continue further for credentials to be a university professor like her father.
-Hikaru's sisters have very mixed feelings about her wrestling especially now that she is on a bigger stage.

AFW Accomplishments: None yet.