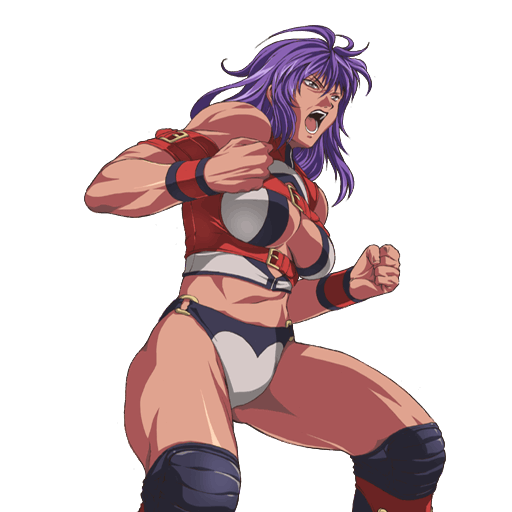 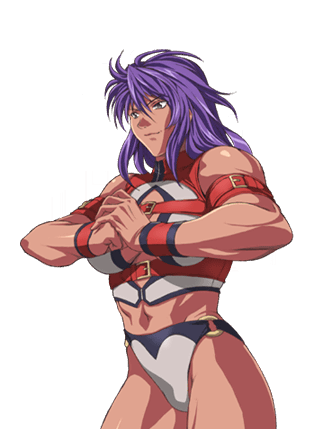 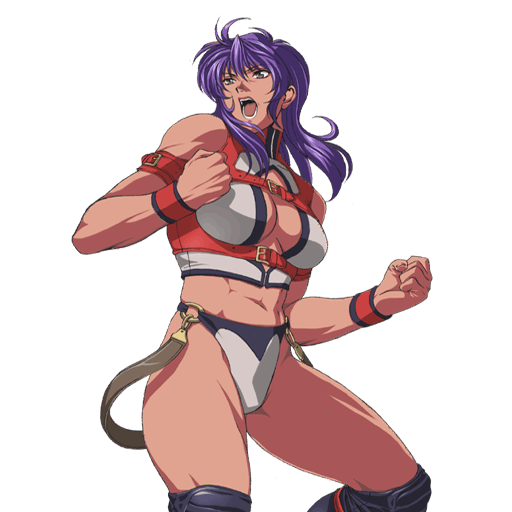 Personality:  Rosa loves to fight whether slamming women around a ring or getting in a slug-fest outside the ring.  As long as she is fighting and winning she doesn’t concern herself with why she is fighting or if there is a reward involved.  Any tactic that leads to a victory is fair game as well, rules are for people who like to tie a hand behind their backs.


History:  Rosa was always the biggest girl in school, and something of an outcast.  Growing up poor in Mexico City she had to often fight for what she wanted.  Thankfully for her fighting was something she was natually good at.  Her parents and siblings were mostly absentee and she was lost in the shuffle of a big family.  Feeling no special connection there she often was on her own.

It wasn’t until she was in highschool that she saw a boxing gym open up.  She went for kicks and for once found a productive activity that she liked.  Rosas punches echoed throughout the gym when she went at a punching bag… and later when she sparred with whomever felt crazy enough to try their luck against her.  She didn't care much for boxing and its one dimensional nature... but it got her in fights which provided a fun adrenaline rush.  Her fondness for boxing and fighting led to her catching a catty wrestling match at a bar one night.  She was only 17 at the time but her size led many to believe she was older.  She had money to pay for drinks so the owner never checked for ID, money talked after all.  Rosa watched in dismay as the match was awful.  Total amateurs to be sure… Rosa then showed up the next time they had an event and offered to take on all challengers.  She did just that, not only pinning the women who stepped up but outright knocking them out.  Rosa loved wrestling from that moment on, she could punch, kick, slam and choke out opponents.  Any offense, tons of varieties were accepted.  Truly being the master of such a combat sport like that would make a mark....

Rosa fought again, and this time a promoter of a small wrestling league was in attendance.  He offered her a contract to wrestle part time, and if she managed to graduate from school (which she did…. barely) she would be taken on full time as a wrestler.  Between her devastating strikes and quickly learning of a powerful move set she became a big fish in a small pond.  Rosa went all over Central America, taking on anyone she could for a good fight.  She won belts down there but didn’t care.  She just wanted to pulverize people.

After a few years of loving life as a wrestler AFW came calling.  Rosa was offered far more money than ever before coupled with the promise of superior competition.  She couldn’t refuse.  Now Rosa is here and eager to make her presence known, looking to crush all the other women here under her boots just as she did back home.

Wrestling Style: Powerful slams, strikes and holds.  She will use weapons gladly but doesn’t feel like she needs them to win, she has her natural size and strength after all.  However, she is very proficient with things like brass knuckles given her background.

-Rosa loves combat sports like boxing, MMA, and wrestling.  However she has never ever been good at any team sports.
-Shockingly, Rosa is an avid golfer which is a secret guilty pleasure she enjoys.
-While she is a fitness freak Rosa does enjoy cigars.
-Rosa grew up poor, and thus has a nose for making money.  She does do what she can to help her family even if they are very distant and she doesn’t consider herself close to them, it is more of an obligation than anything done out of love.


AFW Accomplishments: None yet.