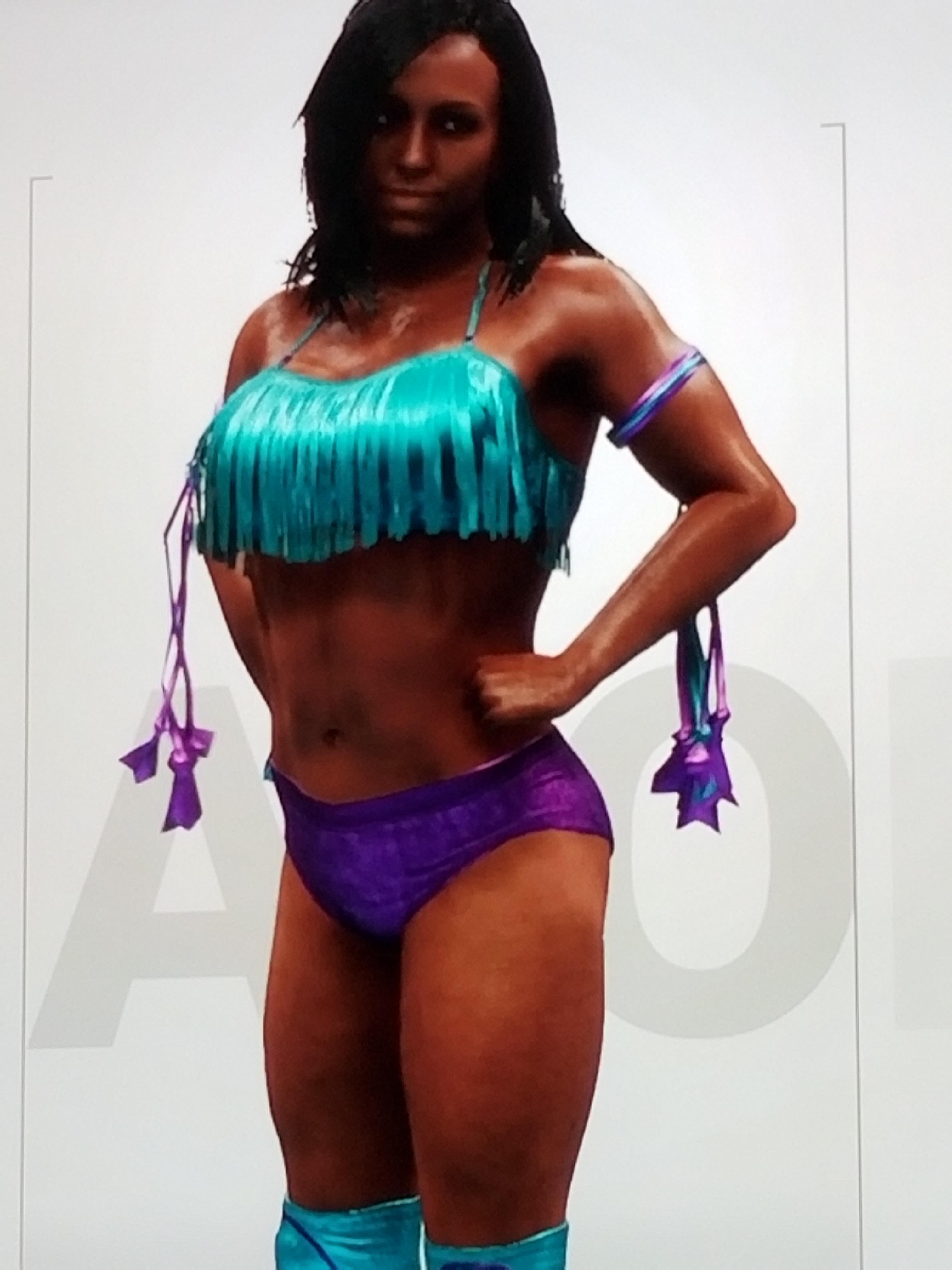 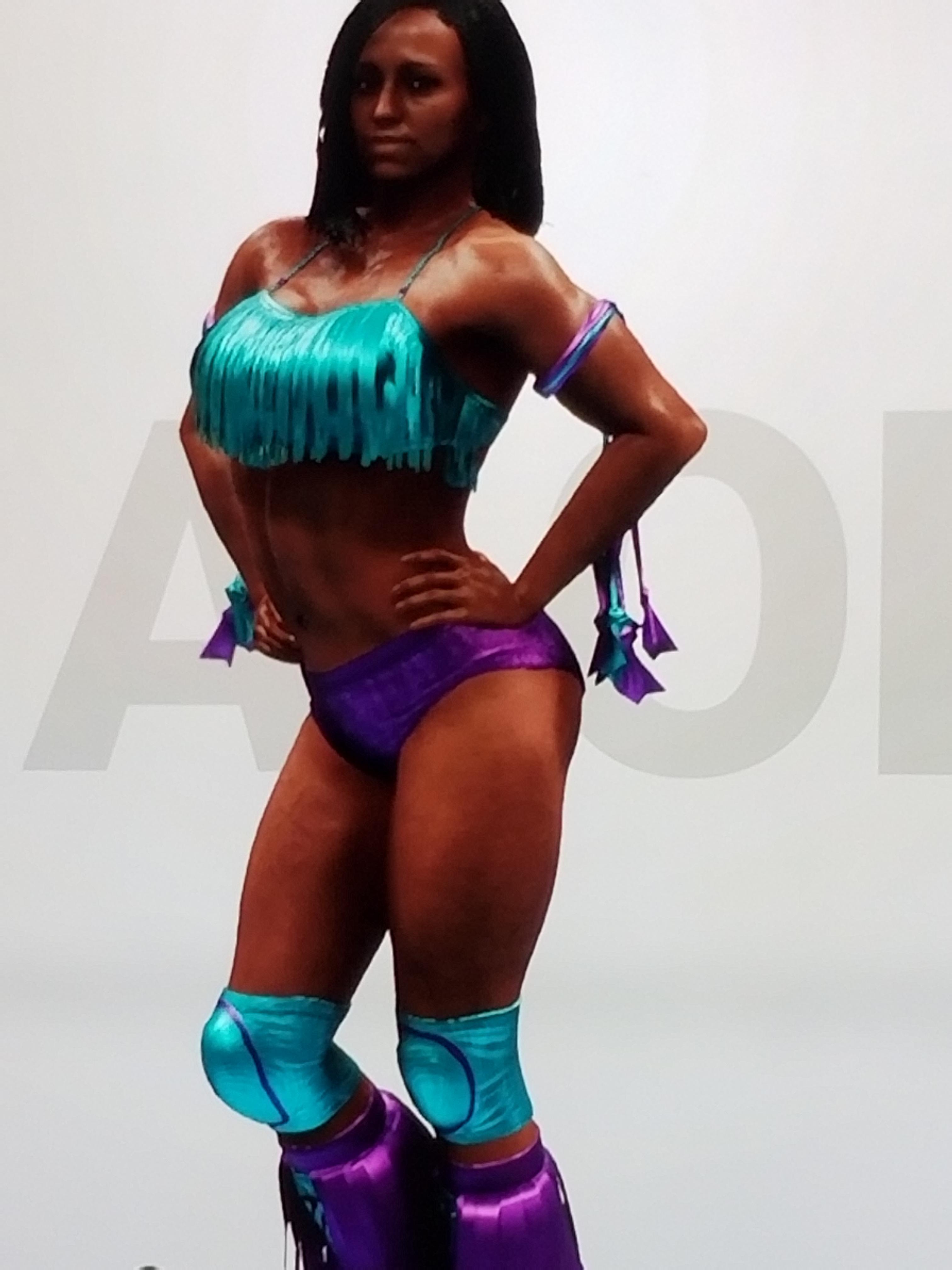 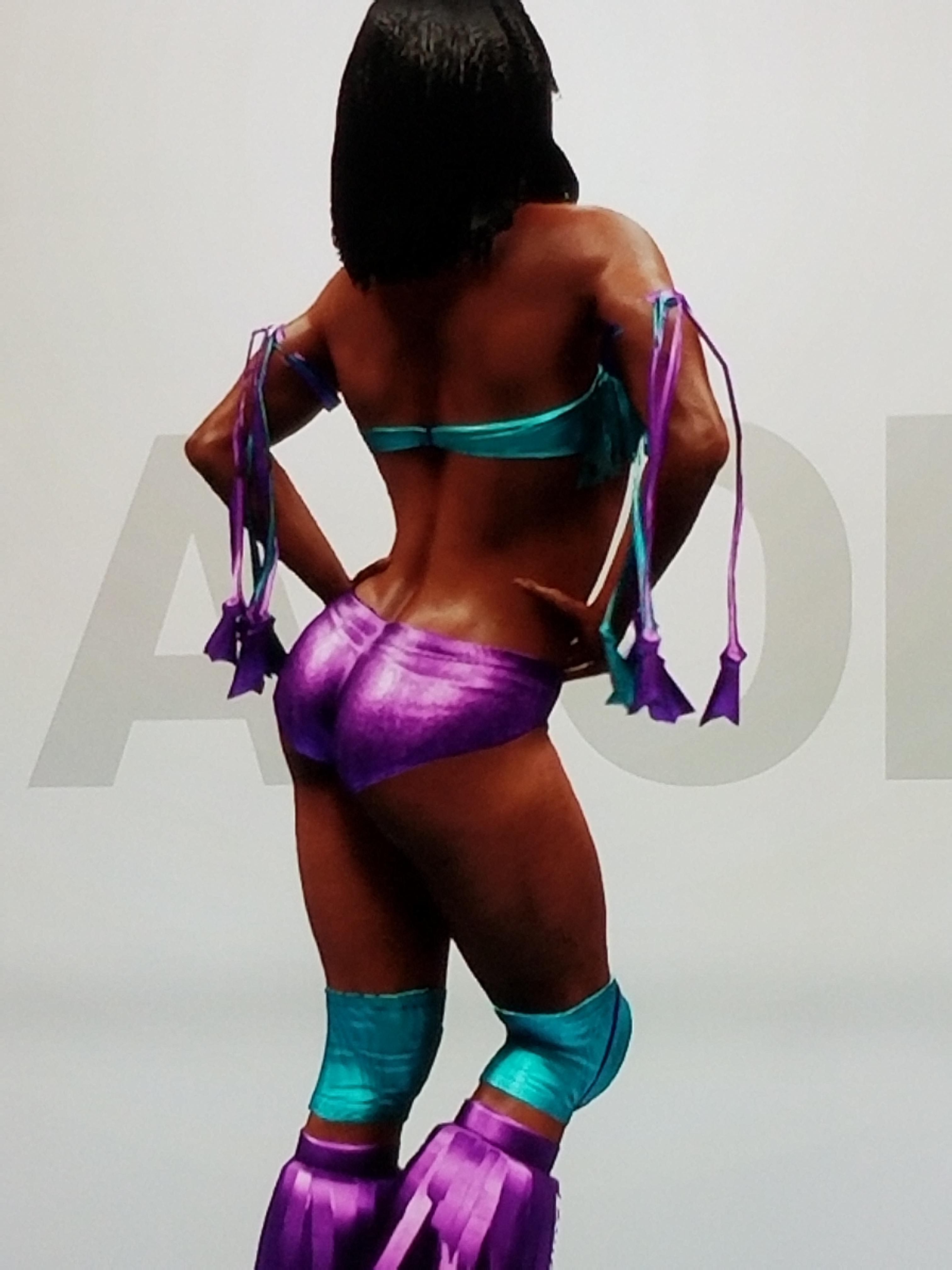 Personality: JJ is confident in herself, and not afraid to show it.  She can hang with many women in the ring because of her adaptability, able to change styles to attack an opponents weakness.  She does love the old school pageantry of the 80s and classic wrestling style although she likes the faster pace action of today, acting as a classic but high adrenaline hybrid in the ring.

Outside the ring JJ is just as confident, and cocky even as she is in the ring.  However unless it is wrestling related she keeps the trash talk to a minimum in other areas of her life.  She can be nice and warm although it takes someone being let in before she shows that side of herself.  Generally she uses her wrestling self as a show or front of sorts, always seeming confident as well as engrossed in the grandiose pomp and circumstance of wrestling.


History: JJ never really had her parents involved in her life growing up in Atlanta, GA.  She was raised by her older aunt who was a local wrestling legend known for putting on a good show.... but never being quite good enough to get a chance at the big time or so promoters said.  JJ learned from her aunt that she was held back just because she didn't fit a certain type of wrestler or a certain look to be marketable on a big stage.  In school JJ was always feisty as a kid never putting up with anything and having something of a short fuse.  Her temper has come a long way since then.  She was always active though in sports, and loved Jacqueline Moore as a wrestler watching her old matches as a young kid.  JJ was always fit and her teammates came to know her as a caring, warm person once you broke through her somewhat gruff and guarded exterior.  As JJ grew up listening to stories of wrestling from her aunt she always enjoyed watching it but never gave it much of a chance herself.

After graduating high school JJ was not the most academically inclined and barely made it in to a community college.  One night she saw a promotion for a womens wrestling event at the local level and decided to show up.  She was looked over and her try-out involved her facing off against "some hack" who was just a "big flabby 200 pound sack of cottage cheese."  JJ was clad in a purple one piece swimsuit that night with a pair of black boots and kneepads.  She was so over-eager to train for wrestling that the promoter told the big girl to "slam her into next week."  Instead JJ was slamming the larger more experienced girl around, winning quickly.  Another "wrestler" came out and JJ won again..... and again... and again in her first official wrestling action as her size, fitness, strength and drive saw her using the rudimentary offense she could replicate from years of watching wrestling.  She quickly caught the eye of a scout given her high ceiling and despite not having much experience she was signed to a contract.  Throw a multi-year deal worth six figures a year and how could she refuse?


Fun Facts:
-JJ grew up without really knowing her parents.  Her aunt was an old wrestler who never made it big but wrestled locally in Atlanta, GA for years by the name of "Foxy" Felicia Warren which is what kindled JJ's love of wrestling.
-Using her signing bonus JJ managed to get her hands on an autographed copy of Jacqueline Moore's old wrestling attire, framing it in her apartment.


Wrestling Style:  Jill of all trades, but not simply content with being "above average," she can really do it all between the ropes!