Toshiro had climbed up the ring first, welcomed by enthusiast cheering and giggling: As expected by the showrunners, is 'badass-kid' attire had earned him a lot of fawning attention from the female audience. 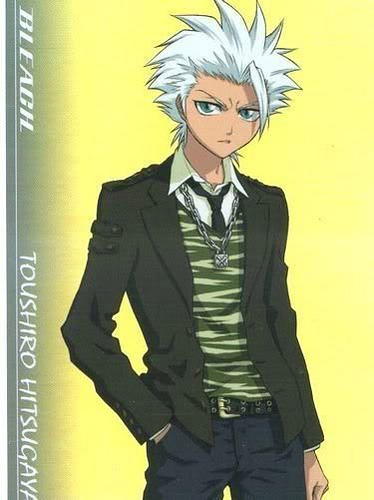 The young boy had frowned with a deeply flustered face when the ring voice started to explained the special, lewd rules of this match to an ever more excited crowd.

Hiroko was definitely going to give her agent a raise for this.

The rookie newcomer had been ecstatic when she received the invitation to come to Tension for this match. Her absolute, favorite thing about wrestling was its ability to make her feel both sexy and powerful at the same time. She couldn’t think of many better ways to achieve this than a 2 out of 3 falls match, hentai KOs only, against some little man who had apparently just signed with the company, and the chance to make him her prisoner for the night as well! Hiroko had come to Kyoto ready to show this guy, and the Tension fans, a night that none of them would forget. 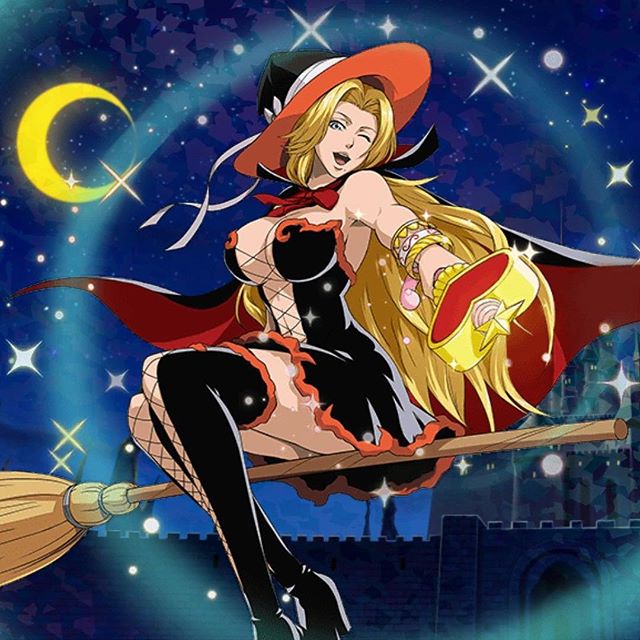 When the spotlights converged on the stage, they revealed a circular hole in the middle of it. Hiroko’s music began to play over the arena speakers while fireballs rose in succession along the stage. At the same time, a platform rose up through the midstage hole, revealing none other than the rookie powerhouse herself! Hiroko was dressed in a witch’s attire, a black corset dress lined along the top with orange fur, which did little to hide her ample cleavage, and matching thigh high boots. Perched atop her head was a witch’s pointed black hat, and in her hand she held a gold and red heart-shaped wand. Hiroko sat on a broom, which at a glance seemed to be floating, but was actually held by thin wires barely noticeable by the eye.

Hopping off the broom, she sauntered down the ramp, smiling while she flicked the tip of her wand toward a few fans in the crowd, as if they had been chosen to receive some sort of gracious enchantment from Hiroko. But if the noise from this raucous Tension crowd was any indicator, then she wouldn’t be needing any kind of magic to win the support of those in attendance tonight. And once she climbed into the ring, Hiroko made one last teasing flick of her wand, this one directed at her opponent, blatantly showing her intention to trap him under her spell too tonight.

She removed her hat and cast it aside, then undid the revealing corset while pockets of spectators among the crowd voiced their surprise once it became clear Hiroko would not be wrestling in the witch’s outfit. The corset was soon discarded, revealing a black lace bra and panties, both of which covered very little of her. Last were her boots, which she unlaced before slowly peeling each one off, making a show of presenting her long legs and the silky thigh high stockings covering them. Whistles and catcalls filled the arena while Hiroko strutted out to stand right in front of her opponent, towering over the small man as she grinned down at him while resting her hands on her shapely hips. 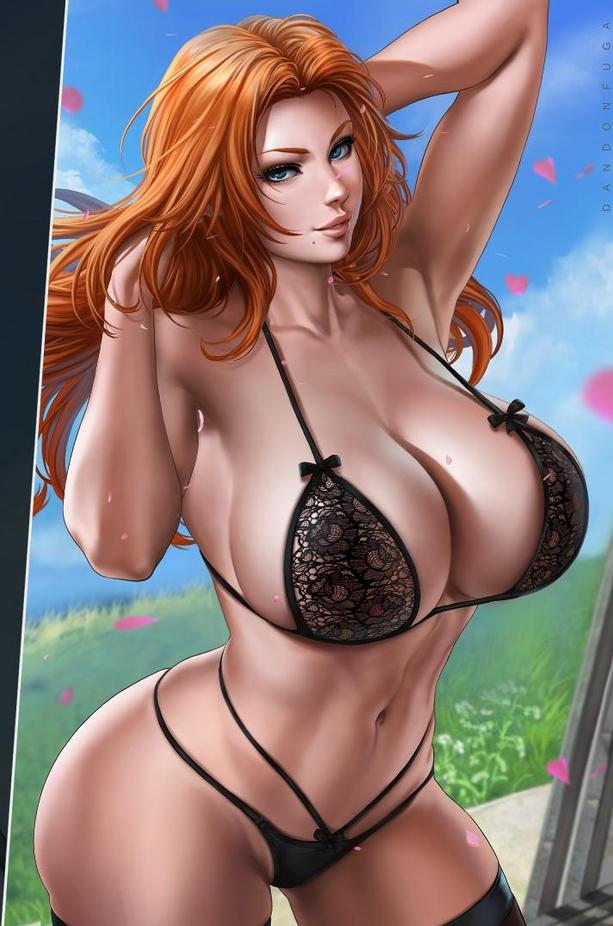 “Looks like someone overdressed, but that’s fine. I don’t mind taking care of that myself. It’ll be like opening a present. Fitting, since you’re going to be my toy tonight anyway.”
_________________
LARIATO'S LOCKER ROOM

"Y-You must be kidding me... 0////0",
Toshiro mumbled in flustered shock, eyes widening, face flaring to a bright pink as his opponent made her spectacular (to say the least) entrance:

A curvaceous blonde bombshell, scantly dressed in a sexy-halloween-like witch costume that emphasized her voluptuous curves much more than it tried to cover them, descended from her 'magical broom' in a carusel of flashing lights, instantly captivating the audience. A heart-shaped wand completed Hiroko's wrestling gimmick with the blatantly teasing reference to putting everyone (including her petite opponent) under her love spell.

Once on the ring, Hiroko treated her fans and her overly flustered opponent by strip-teasing down to an even more scandalous ring-attire:
The beautiful blonde goddess towering over Toshiro was now wearing some floreal black lace lingerie, bra and panties, and a seductive pair of mid-thigh stockings to complete the mind-boggling, sultry-bedroom looks!

"Guah...! I'll rather say that YOU are underdressed!!! >/////<",
Toshiro snapped, pointing a finger at Hiroko in a funny mix of flare and nervousness, uselessly trying to make up his mind to the fact that such voluptuous goddess dressed in such inappropriate 'fighting gear', was in fact  HIS OPPONENT.
Even more unnerving, though he tried his best to ignore it, was the impressive resemblance of Hiroko with a certain overly teasing and overwhelmingly voluptuous liutenent of his knowledge.

"More importantly.. I would'n keep my hopes of opening presents too high if I were you, because I'm not planning to lose! Good luck on trying though! I am Hitsugaya Toshiro, 10th squad capt... erm... I'm Hitsugaya Toshiro! 0////0".

With that awkward attempt at a defiant speech, Toshiro stretched out his arm to offer a handshake, with an assertive, resolute brow that conflicted quite amusingly with his petite figure and flushed cheeks.
_________________
Ryu's team:

Hiroko looked at the shorter man with a brow raised in amusement as she listened to his flustered ramblings. He said some things that didn’t really make any sense to her, but when he introduced himself at the end and offered a handshake, she couldn’t help but let out a small laugh.

“I’m Hiroko Matsumoto,” she said, taking the hand and giving it a firm shake, and grinning down at Toshiro. “And I’m going to be your mistress for the night~”

Once back in her corner, she turned to face Toshiro again, hands casually resting on her hips while she waited for the bell to ring.
_________________
LARIATO'S LOCKER ROOM

Toshiro had thought of being the victim of some embarrassing joke for a moment, because of Hiroko's familiar looks and the fact that even her surname was the same as his liutenent Rangiku Matsumoto.

And the busty bombshell was happy to deepen his disoriented fluster, energetically shaking his smaller hand as she promised to be his... mistress for the night???

"D-Don't be so conceited. The only thing that you will be tonight is my unfortunate and d-defeated opponent!" 0///0

In spite of Toshiro's stuttering attempt at sounding resolute, Hiroko's seductive walk unfailingly captivated the young boy's attention, making his flushed face turn to a brighter shade as she sinuously laid back into the corner.

The bell rung and Toshiro decided to shake off the fluster by immediately take the initiative, sprinting out of his corner in an attempt at surprise-bullcharging the voluptuous beauty.
"Here I come... Yaahhh!!! >////<".
_________________
Ryu's team:

Hiroko couldn’t help but let out a laugh at the young man’s words. Try as he might to sound tough, his stammering and blushing made it all too clear to her that he didn’t feel any of the confidence he was attempting to exude. “You are adorable! You’re going to make such a good pet tonight.”

Conversely, Hiroko’s confidence remained completely unshaken when her foe yelled out and rushed at her. She patiently waited through the first couple steps of his sprint. Then when the distance had been closed, the buxom Japanese beauty pivoted to the side, sweeping her arm through the air to try to ensnare Toshiro in a side headlock. If she caught him, she’d very deliberately squeeze the side of his face quite tightly against the side of her large, soft breast.
_________________
LARIATO'S LOCKER ROOM

Toshiro's face turned a tad bit redder as his defiant speech earned him the title of 'adorable' from his buxom opponent, but he tried to ignore it and stay focused on his task.

Rushing for his not-so-impressive bullcharge, he could see Hiroko just standing in place with a carefree smile and he wondered whether she had no intention to dodge or she was just unable to move away.
The answer was not late to come, as the young missed the target and found himself caught into Hiroko's headlock.

"Gasp?!? What the heck-mmfh??? Uh-ummfhh...! O////O".
Before he knew what had gone wrong with his starting battle plan, Toshiro found himself squeezed tightly to Hiroko's sideboob, causing that large bouncy melon to squish the side of his face suggestively. An embarrassingly seductive circumstance that could only partly distract him from the constricting pressure of her headlock, while he flailed and squirmed around in flustered struggles.
_________________
Ryu's team:

Hiroko laughed as the man struggled furiously against her headlock, and against her breast. “Hey, that kinda tickles!” she said while continuing to squeeze his head and face nice and tight against her tit to try to weaken his resistance a bit.

Then she set about with the first step in getting some of this clothes off the guy. Handsome as he looked in his outfit, Hiroko felt confident this whole thing would be much more enjoyable for both of them if he had considerably less of it on, even if he disagreed. The arm wrapped around his head and neck shifted to allow her to reach his tie, trying to loosen it so she could pull it over his head to get it off of him.
_________________
LARIATO'S LOCKER ROOM

Toshiro's struggles seemed to get him nowhere, except for bouncing her bountiful sideboob onto his face and earning him more amused teasings from his voluptuous opponent.

But Hiroko had just only started playing with her smaller male prisoner: having decided that Toshiro was definitely overdressed for the occasion, the busty bombshell proceeded to remove his tie while he was still secured in her bosomy headlock, provocating more embarrassed squirmings from his part.