Difficulty Scale:
Ranges from Easy to Hard. If a character has more than one difficulty level listed, it means the difficulty for that wrestler can be anywhere within the listed range depending on the skill of his/her opponent. 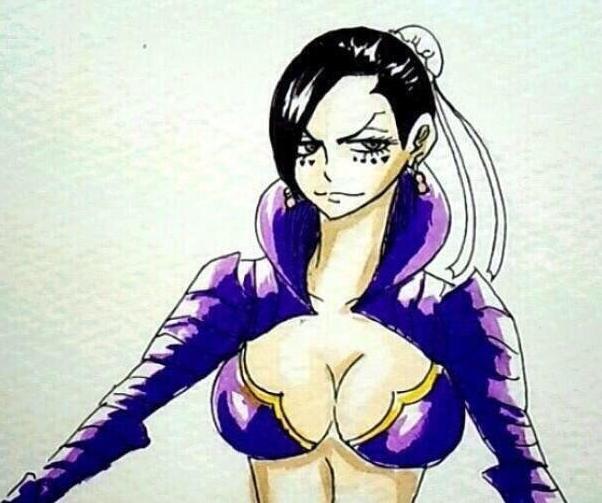 Bacchus (Difficulty: ???) - This wildcard is the personification of "unpredictable." She's a master taekwondo practitioner, but her bad drinking habits can play a significant factor in her in-ring output. On any given night she could just as likely be your most challenging opponent, or your easiest victory. 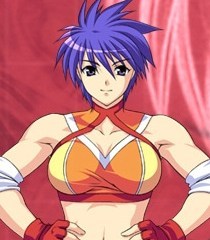 "Bomber" Kishima (Difficulty: Hard) - They call her “Bomber” Kishima for a reason. This Wrestle Angels veteran’s powerful strikes and slams carry explosive impact with them. With her fearless attitude and extreme enthusiasm for matches with tough opponents, there’s almost no intimidating her. And above all, she's got one of the most devastating lariats in the game. 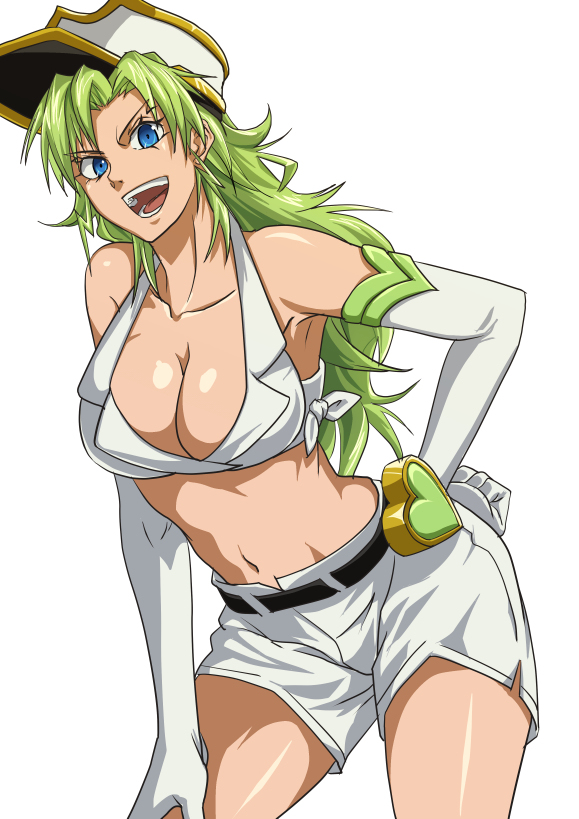 Candice Brooks (Difficulty: Easy) - This girl’s bark is a lot worse than her bite. But she’s fearless and confident no matter how far the odds are stacked against her, and will fight her hardest to the bitter end. 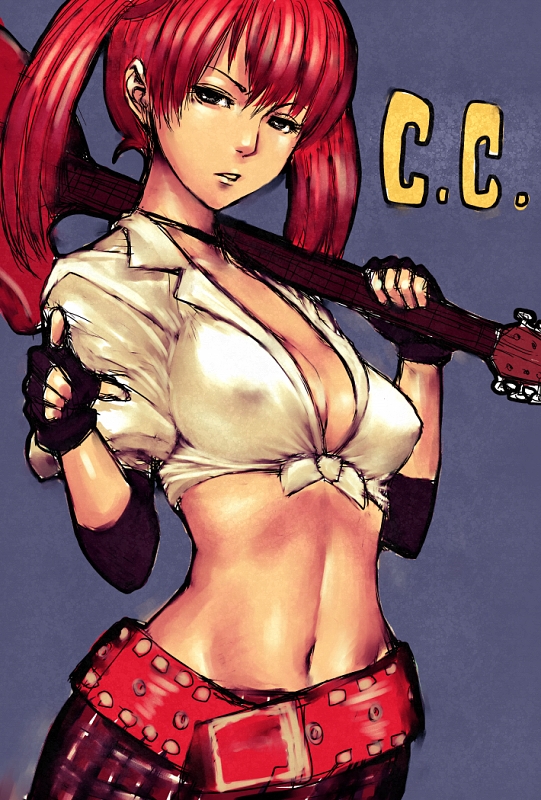 Candy Cane (Difficulty: Medium) - She's a punk rock diva and a loud-mouthed brat, but she's always up for a tough fight, and aims to steal the show every time she takes the stage. 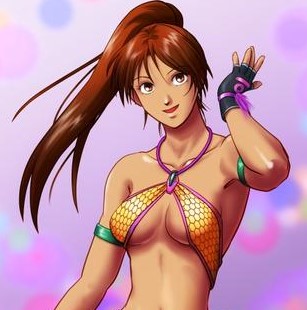 Gabriela Romero (Difficulty: Medium) - Her flashy Capoeira kicks and Lucha Libre techniques can strike at a moment’s notice. Lightning-quick and unpredictable, this Brazilian beauty loves wowing the crowds with her unique style. 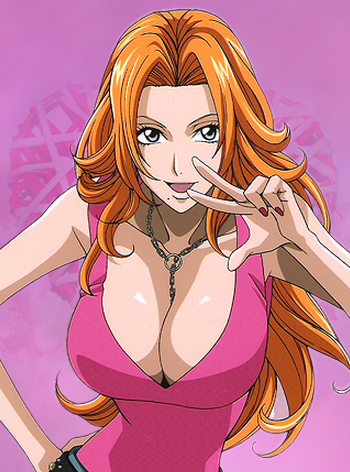 Hiroko Matsumoto (Difficulty: Easy-Medium) - What this up-and-comer lacks in experience she more than makes up for in power and passion. A student of the game and a crowd pleaser, she wants to wow the fans with her impressive strength and one day rise to the level of the stars she admires. 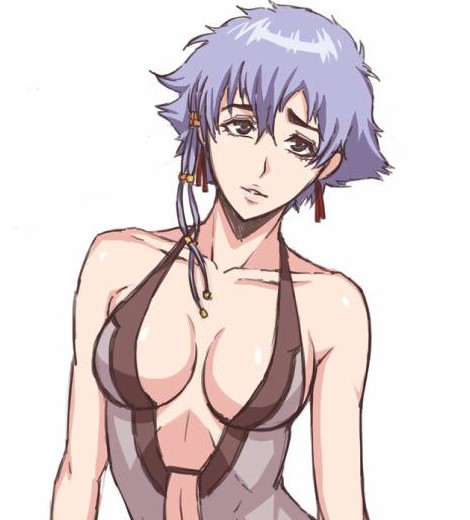 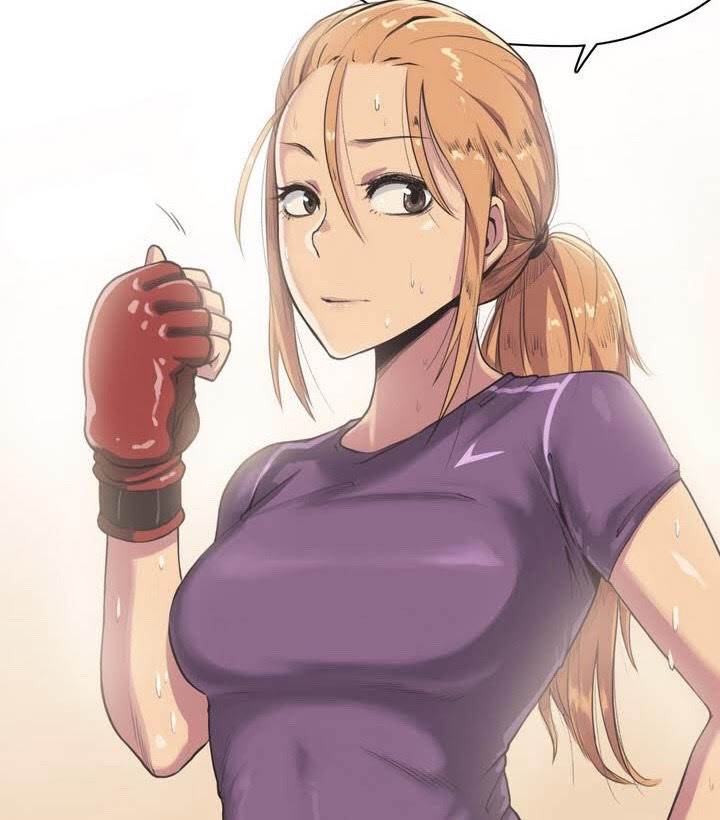 Jesse Rogers (Difficulty: Medium) - There’s nothing fancy about this girl. She doesn’t do flashy acrobatics or impressive feats of strength. But she’s a relentless striking machine who makes it her mission to leave her opponents unconscious every time she competes. 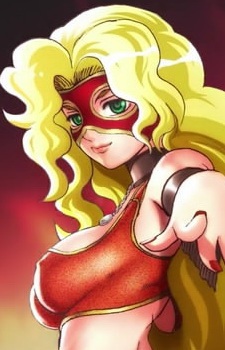 Julia Rogers (Difficulty: Hard) - She's an American high flyer, all about speed, acrobatics, and high risk. But above all, she's an entertainer and a crowd pleaser. Any time she steps in the ring, this woman does everything in her power to ensure that, win, lose or draw, the fans get their money's worth. Try to keep her grounded if you can, but you'll quickly find that's no easy task. 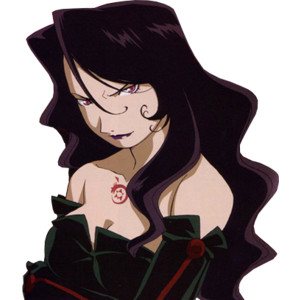 Lust (Difficulty: Hard) - Like a siren, she uses her looks and charms to seduce and manipulate her victims before crushing them mercilessly. This woman’s a manager first and a wrestler second, but total domination is always her goal. She constantly seeks to recruit a powerful force to stand at her side while forcing those weaker than her to kneel in submission at her feet. 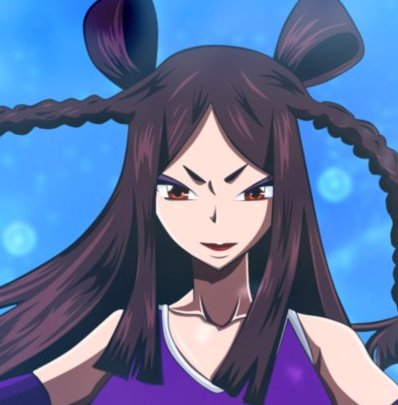 Minerva (Difficulty: Hard) - Sadistic and arrogant as they come, this woman loves to overpower her opponents and toss them around the ring. She’s a master manipulator with both brain and brawn, making her dangerous to anyone who crosses her. 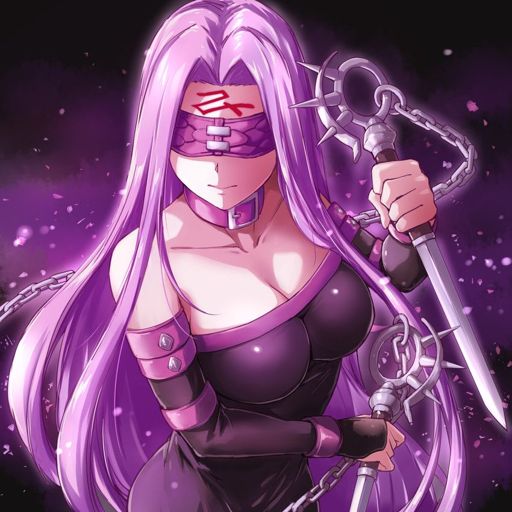 Persephone (Difficulty: Medium-Hard) - Said to have been brought to AFW by the King of the Underworld himself to indulge in the thrills of battle, she uses her beauty to lower the defenses of unsuspecting prey before mercilessly crushing them once they’re in her clutches. 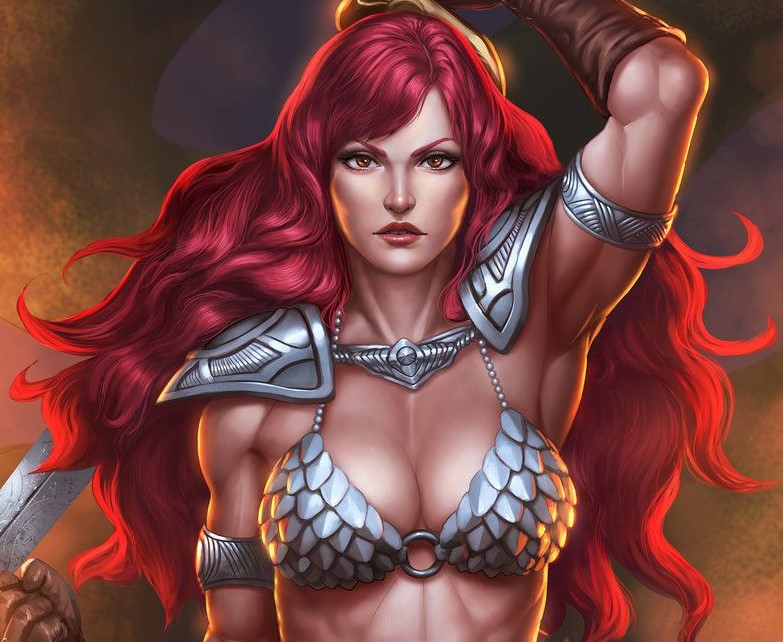 "The Barbarian" Saoirse Griffin (Difficulty: Medium-Hard) - Few can match the power of The Barbarian, and none can match her pure love of combat. All those unfortunate enough to stand in her way, prepare for war. 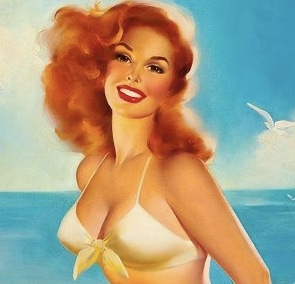 Susan Howard (Difficulty: Medium) - She’s a model with a royally massive ego, which is why she's known as the "Pin-Up Princess". But her deadly legs aren’t just eye candy. Discount her and she’ll squeeze you into submission, then add a nice picture of her posing over you to her portfolio. 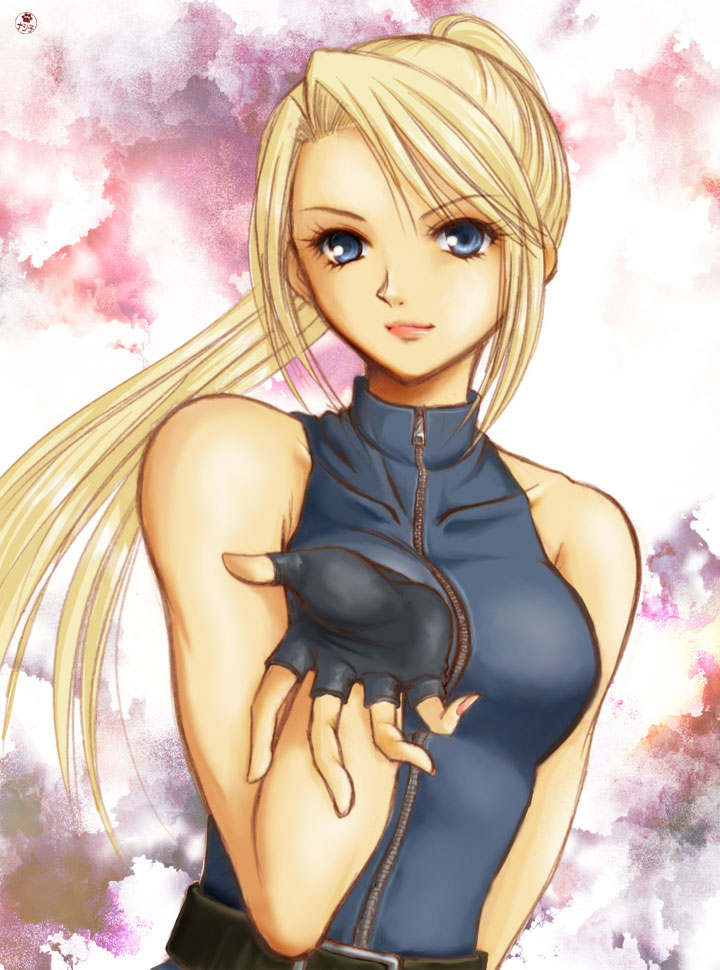 Victoria Archer (Difficulty: Easy-Hard) - This blonde bombshell’s studied numerous martial arts around the globe, making her skilled in both grappling and striking, and deadly in the ring. However, her Achilles’ Heel is her tendency to become extremely flustered by sensual contact. 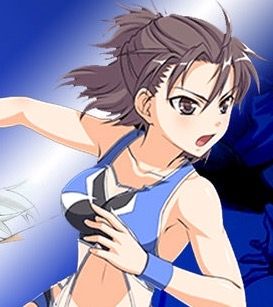 Yajiri Kasamatsu (Difficulty: Easy-Medium) - She’s inexperienced and a rookie, but as hard working and determined as anyone who’s stepped into the ring. And despite her lack of experience in the “big leagues,” she’s a talented technician and has a good knowledge of submission holds. Underestimate her at your own risk. 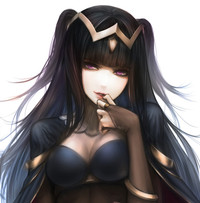 Zena (Difficulty: Hard) - Mysterious, erratic and downright sinister, this enchantress’ only known goal is to inflict as much pain on her opponents as possible without remorse. Once her sights are set on you she’ll do everything in her power to ensure you suffer, even at the expense of her own well-being if need be. 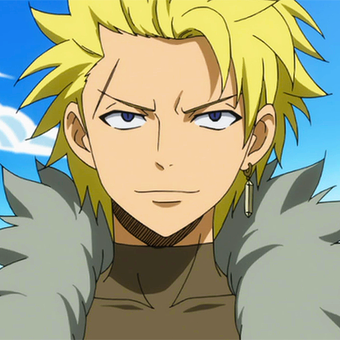 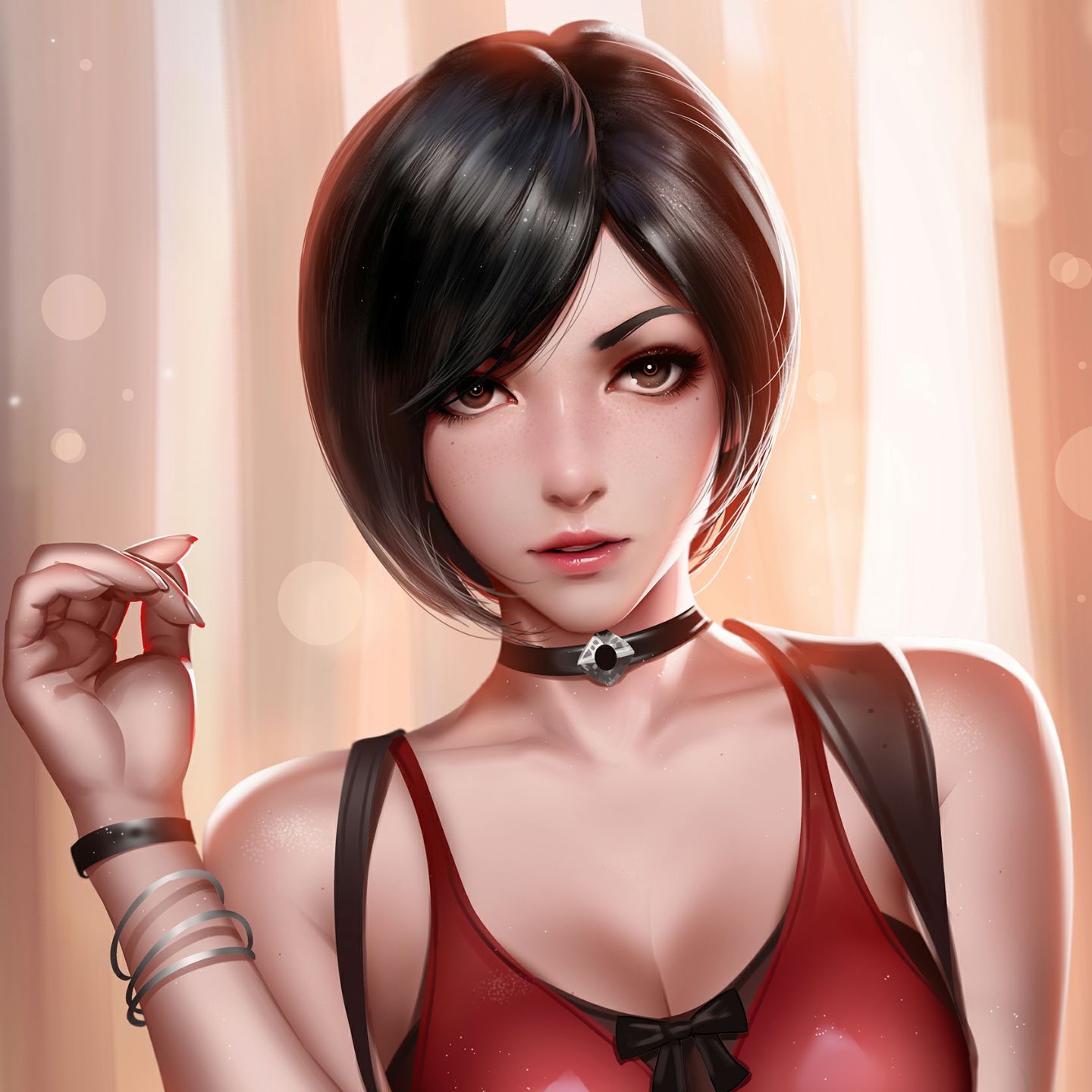 Eva Zhou (Difficulty: Medium) - Coming from the big screen to the squared circle, she’s an actress most known for her role as the iconic femme fatale secret agent known only as “Scarlet.” Initially taking up martial arts to enhance her action scenes, she proved to be a natural in the ring, and has brought her skills and showmanship to AFW, putting the competition in her crosshairs. 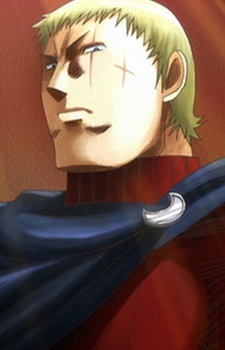 Josh Rogers (Difficulty: Medium) - In the ring, the youngest sibling of the Rogers trio is a ruthless bulldozer capable of plowing right through just about anyone unfortunate enough to be in his path. What he lacks in speed he more than makes up for in size and brute strength. 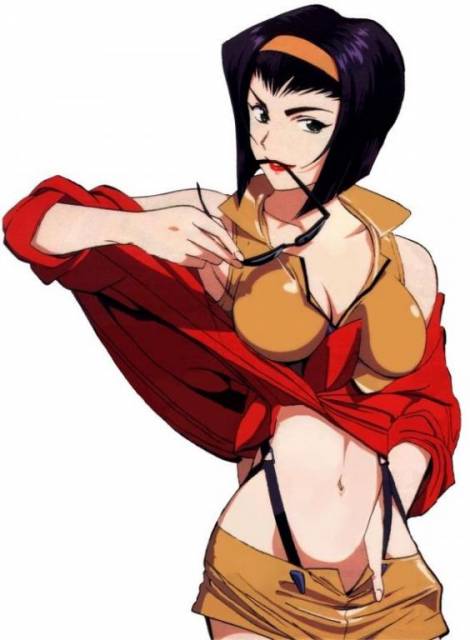 Mariko Ishii (Difficulty: Hard) - Just a small town girl who happens to have quite a talent for submissions and grappling. Also a seductress, the younger of the Ishii siblings knows very well how to use her body to get opponents flustered and throw them off their game. 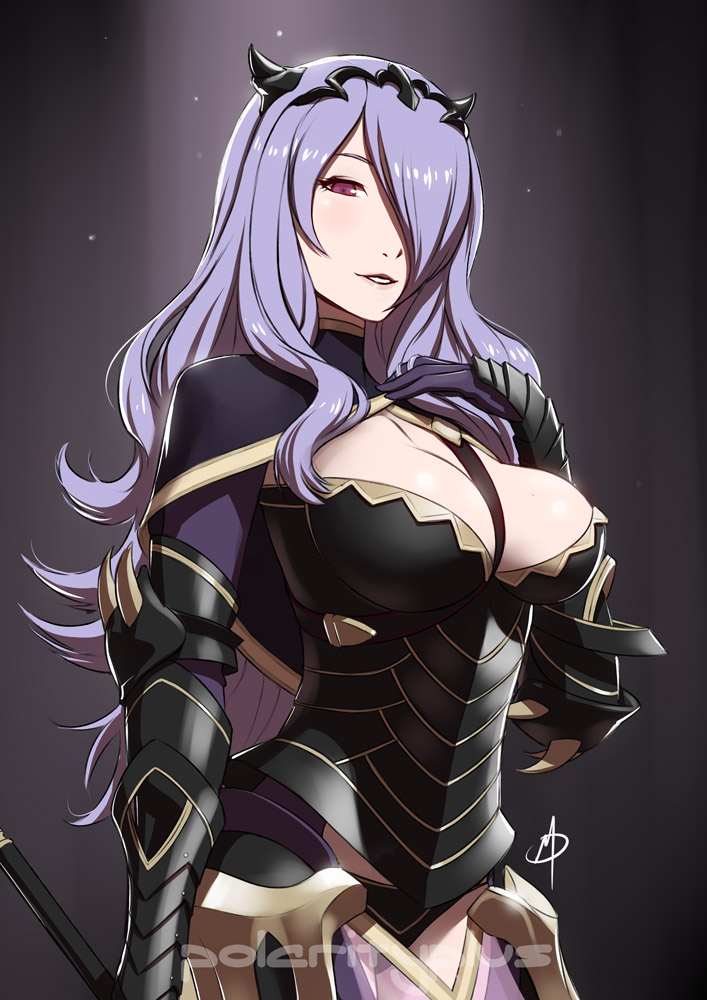 Nora Novák (Difficulty: Medium - Hard): It’s not hard to see why they call her the “Smother Queen.” Try to defy her if you can. But this Judo practitioner knows lots of ways to take you to the ground. From there, it’s just a matter of time before she takes your breath away and puts you to sleep. 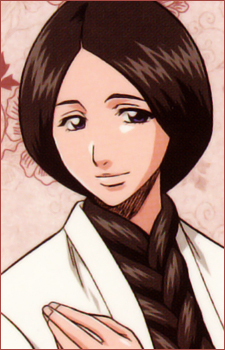 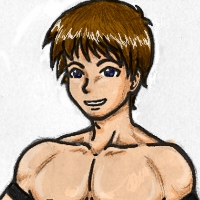 Yamato Ishii (Difficulty: Easy) - Despite being the older of the Ishii siblings, he’s a clumsy man with average wrestling skills. But though his record is nowhere near stellar, he has a resilient heart and never stops working to get better.

- All my Friction characters are willing to do matches with people from Tension, and vice versa. But I do prefer that the majority of my characters’ AFW experience to come from their home brand.

- I'm not extremely picky about the length of posts. I'm equally fine with doing a few sentences or several paragraphs. But generally the more you write, the more you give me to work with in my replies.

- I generally don’t care too much who wins or loses matches, but I prefer to discuss that beforehand with whoever I’m RPing with. It’s just easier for me when I know what to expect going into it, and helps me be consistent with the plots/storylines of my characters while being considerate of your character(s) as well. Regardless of whether I’m the one winning or losing, I promise I’ll do everything I can on my end to make each match as fun as possible for me and whoever my opponent is.

- I will always try to reply as soon as I can. Sometimes I'm free enough to reply several times a day, other times it might be several days before I can get to anything. If I know in advance that I won’t be able to reply for a while, I’ll try to remember to let you know. And if you won’t be replying for a while for whatever reason, I’d appreciate it if you let me know too. But I know life gets crazy at times, and people forget things from time to time, so I usually won’t make a big deal about delays and stuff like that. At most I might ask if you’re still up for continuing whatever the RP is just to clarify. And if you’d rather not continue, that’s totally fine, just tell me so I know.

- I'm perfectly ok with my girls losing to males, but I'm not into ryona/maledom. It's just not something I find fun or that I can get into. So if you're looking for a girl for a male character of yours to squash and dominate, I'm probably not the right person to help with that.

- I like to think I’m pretty open minded, and want to try out lots of different ways to RP here. If you have any ideas for matches, storylines, or whatever, feel free to let me know anytime and I’ll be happy to discuss it. Same applies if you have any questions, comments, or whatever else.