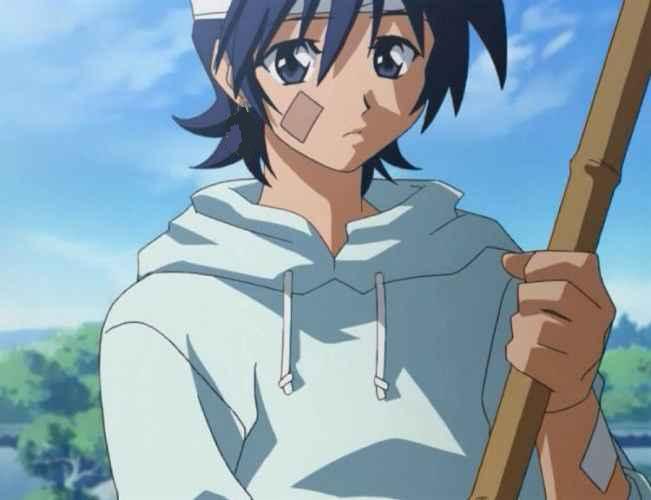 Personality: In spite of his cute looks and caring personality, Ataru can be a surprisingly stubborn and enduring fighter, even a fierce one if taken on the wrong side. Nonetheless, he's totally unprepared for sensual wrestling: a shy, chivalrous gentleman that will be inevitably in troubles against the many shameless vixens of Tension.

Story: Ataru is Ryu's  cousin, sharing the same dream to improve more and more as a fighter, so he decided to join Tension too, resolved to help Ryu and realize their common dream to become strong and protect the weak... and maybe surpass Ryu in ability. He was always the most timid of the two cousins, with a potential strong side that would emerge at rare times, mostly when he is in serious danger, or when he thinks that some big injustice is going on.
Yea, quite the cute-hero-like cliché.

Attire: On the ring: White wrestling shorts with a japanese-flag sticker on the side, and matching white wrestling boots. Everyday: picks random clothings from his locker.