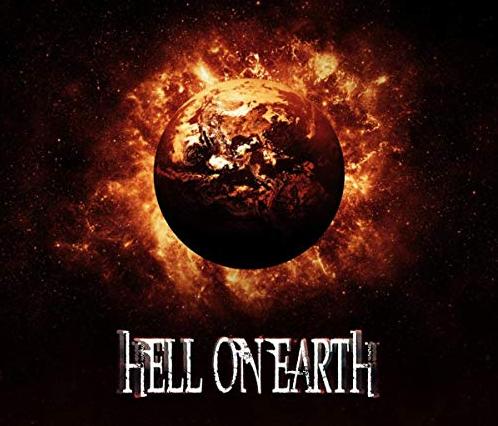 DEATH
Match Type: Casket Match
Winning Condition: The wrestler who puts her opponent in the coffin at ringside will be declared the winner.
Special Conditions: No Holds Barred, No Disqualifications.

Alaina was excited, and a bit worried. She had never been in a match like this before. She had however had run-ins with Styx before. Alaina was left laid out after that, and she had a bad taste in her mouth ever since. She knew she was in for a rough night as Styx was a powerful, vile woman who was a truly nasty opponent. Top level talent, top level sadism. Alaina was going to have a rough night indeed... but she was determined to make it a victorious one. Clad in her tiger print one piece swimsuit she was surely psyched up, telling herself that she refused to allow herself to be buried.

Alaina's music began to play and she came out, all smiles as the crowd cheered. Down at the base of the ramp was that coffin, the one she would throw Styx in. She was going to leave here tonight not being rolled about inside that damn thing. Now that she saw it there was a strange feeling of unease that Alaina felt. That thing didn't really belong in an arena like this did it? No way. That is why Alaina had to win. No caskets for her. Only for Styx.

Alaina climbed up into the ring, holding her arms out as the crowd kept cheering. Alaina was feeding off their energy, telling herself that tonight would be some long awaited payback against Styx. It was a long time coming, and it would be so much sweeter because of that.
_________________
"The Amazon" Alaina Sanders-Friction
Suzumi Ishikawa "The Tsunami"-Friction
Peggy McIntyre-Friction
Hikaru Sawazaki-Friction
Rosa "Crusher" Cabrera-Friction
"JJ" Janella Johnson-Friction
Raquel Masters-Friction
Lauren Fredericks-Friction
TAG TEAM
The Irish Amazons

She only really realized it as she hung in the back, waiting for Alaina to make her entrance. Truth be told, she’d been slumming it lately, sort of aimless ever since she lost her shot at the hardcore title. She was happy that her friend had picked it up, but that had belt had been her focus ever since she came to the AFW. Jessica brought it to WAR. That was close enough for her liking, but it also meant she was a dog without a bone. Nothing to focus on.

But Jessica changed all that. She wasn’t content to just sit back and lounge around. She had ideas. She had ambition. This entire setup, this whole idea was just the sort of thing that they all needed to keep their faction fresh and put them back into the spotlight, and she did all the heavy work. Crazy, smart, sexy bitch.

Maybe ‘love’ wasn’t the right word. But it was the best one she could think of. She’d never tell her that, but…

It was just a fun little thought in the back of her head as the music started up and she came through the curtain, greeted by the usual wave of boos and hatred. She could think about it more later - now she had an Amazon to deal with.

Styx came down the ramp with a casual stroll, hands in pockets. She took a moment to look over the casket, smirking and thinking about all the possibilities, before she rolled into the ring and popped to her feet. She locked on Alaina and tilted her head to the side, ever-so-slightly, as she scanned her opponent and future victim from head to toe.

Alaina watched Styx come down to the ring glaring at her as her eyes never left her opponent. Alaina's gaze was an ice one. She was happy to get a shot at Styx after all this time, but she wasn't happy to see the woman. "Princess? Whatever. I have been well, and unlike before I am bigger, nastier and more driven. I really hope you have done something otherwise this is going to be a very long night for you." Alaina said. She cracked her own knuckles and puffed her body up, tensing it to show off the definition of her muscle mass.

"Now tell me, are you here just because you are Jessica's lackey? Did she ask you to come try to bury me for good?" Alaina asked. She knew it was unlikely, but if she could get into Styx's head before the opening bell so be it.
_________________
"The Amazon" Alaina Sanders-Friction
Suzumi Ishikawa "The Tsunami"-Friction
Peggy McIntyre-Friction
Hikaru Sawazaki-Friction
Rosa "Crusher" Cabrera-Friction
"JJ" Janella Johnson-Friction
Raquel Masters-Friction
Lauren Fredericks-Friction
TAG TEAM
The Irish Amazons

That one got a good laugh out of her. It had been a while since she’d been in the ring with someone worth talking to, she’d forgotten how fun the trash talk could be when you had someone who was up for it.

”Lacky? No. More like fuckbuddy. She does this thing with her tongue…” Styx’s voice trailed off, and she sincerely hoped the Amazon was getting a few mental images. ”But no. Turns out, I don’t need any extra reason to put a little bitch like you in the dirt. You had your era, you had your title, you had your time. And that coffin?” She thumbed behind her. ”Just a metaphor.”

If Styx wanted to brawl Alaina was all too happy to oblige her! "Okay, I will enjoy steamrolling your fat ass into the ground!" Alaina moved in, more than happy to send a flurry of punches at Styx aiming them all over her head and body. Alaina fully expected Styx to respond in kind, Alaina was going on power, fury and adrenaline as she tried to overwhelm Styx at her own game!
_________________
"The Amazon" Alaina Sanders-Friction
Suzumi Ishikawa "The Tsunami"-Friction
Peggy McIntyre-Friction
Hikaru Sawazaki-Friction
Rosa "Crusher" Cabrera-Friction
"JJ" Janella Johnson-Friction
Raquel Masters-Friction
Lauren Fredericks-Friction
TAG TEAM
The Irish Amazons

”Fat ass?” That actually got a twitch out of Styx, so if that was Alaina’s aim, good on her. She wasn’t some skinny bitch, sure, but she was more muscle than anything. Apparently, the Amazon had forgotten just how strong she was and all the damage she could do. Not a problem - reminding her would be easy enough.

Alaina came in hard and Styx moved in to meet, clashing with her in the center of the ring. The blonde came out with a hail of punches, a volley that had her surprised - didn’t expect her to start this aggressive, this hard, this fast. It was enough to drive her back, as every punch she threw was answered with two more.

At first. But only at first.

Styx planted her feet and jerked forward, throwing her entire upper body at Alaina, attempting to smack their skulls together for a hard headbutt. It would suck for her, but suck for her opponent even more. Ideally.
_________________

Alaina went in hard and was answered brutally by Styx! The headbutt smashed Alaina in the face sending her staggering back in a daze, her limp legs hobbling her back a ways until she dropped to a knee with her hands clutching her head! Alaina was in a haze but she knew she had to be ready for Styx. She stayed on a knee and waited for Styx to draw close. Once she was near the amazon would try to lunge forward, using her legs to thrust her shoulder into the abdomen of Styx! Playing possum was not a usual tactic of Alaina's but had Styx seen through it and caught her shoulder thrust or dodged it the amazon would be in a precarious spot at the start indeed!
_________________
"The Amazon" Alaina Sanders-Friction
Suzumi Ishikawa "The Tsunami"-Friction
Peggy McIntyre-Friction
Hikaru Sawazaki-Friction
Rosa "Crusher" Cabrera-Friction
"JJ" Janella Johnson-Friction
Raquel Masters-Friction
Lauren Fredericks-Friction
TAG TEAM
The Irish Amazons

Huh. Either Alaina’s skull was thicker than most or a lifetime of smacking her skull into her opponent’s head was taking its toll.

Either way, the headbutt sucked more than Styx anticipated, leaving her wobbly for a moment, making her step back on staggering feet. She was able to recover after a moment, but her world was a bit off kilter, even as she stepped in to press her advantage. It didn’t seem like that big of a deal, until she realized that Alaina had fared better than anticipated.

That become abundantly clear when the Amazon burst forward, throwing her shoulder out fast and launching it into Styx’s stomach. The blow went deep into her gut, had enough power to bend her in half, but not enough to keep her at bay - with a grunt of rage, she shot up with her leg raised, attempting to clock Alaina square in the face with a hellacious knee.
_________________

Alaina did succeed in not taking anything laying down, thrusting her way in to the abdomen of Styx! Unfortunately for the amazon the knee strike hit and it hit a sweet spot. Alaina's face was smashed but her jaw also took a good bit of the knee as well! "Unnghh....." Alaina moaned as her body went limp, landing in a heap on the mat at Styx feet. The amazon writhed and flopped her legs about as she kicked, her hands covering her throbbing face. Alaina was on the wrong end of the opening exchange and her pride hurt, but not quite as much as her face which was pulsing with pain every second!
_________________
"The Amazon" Alaina Sanders-Friction
Suzumi Ishikawa "The Tsunami"-Friction
Peggy McIntyre-Friction
Hikaru Sawazaki-Friction
Rosa "Crusher" Cabrera-Friction
"JJ" Janella Johnson-Friction
Raquel Masters-Friction
Lauren Fredericks-Friction
TAG TEAM
The Irish Amazons