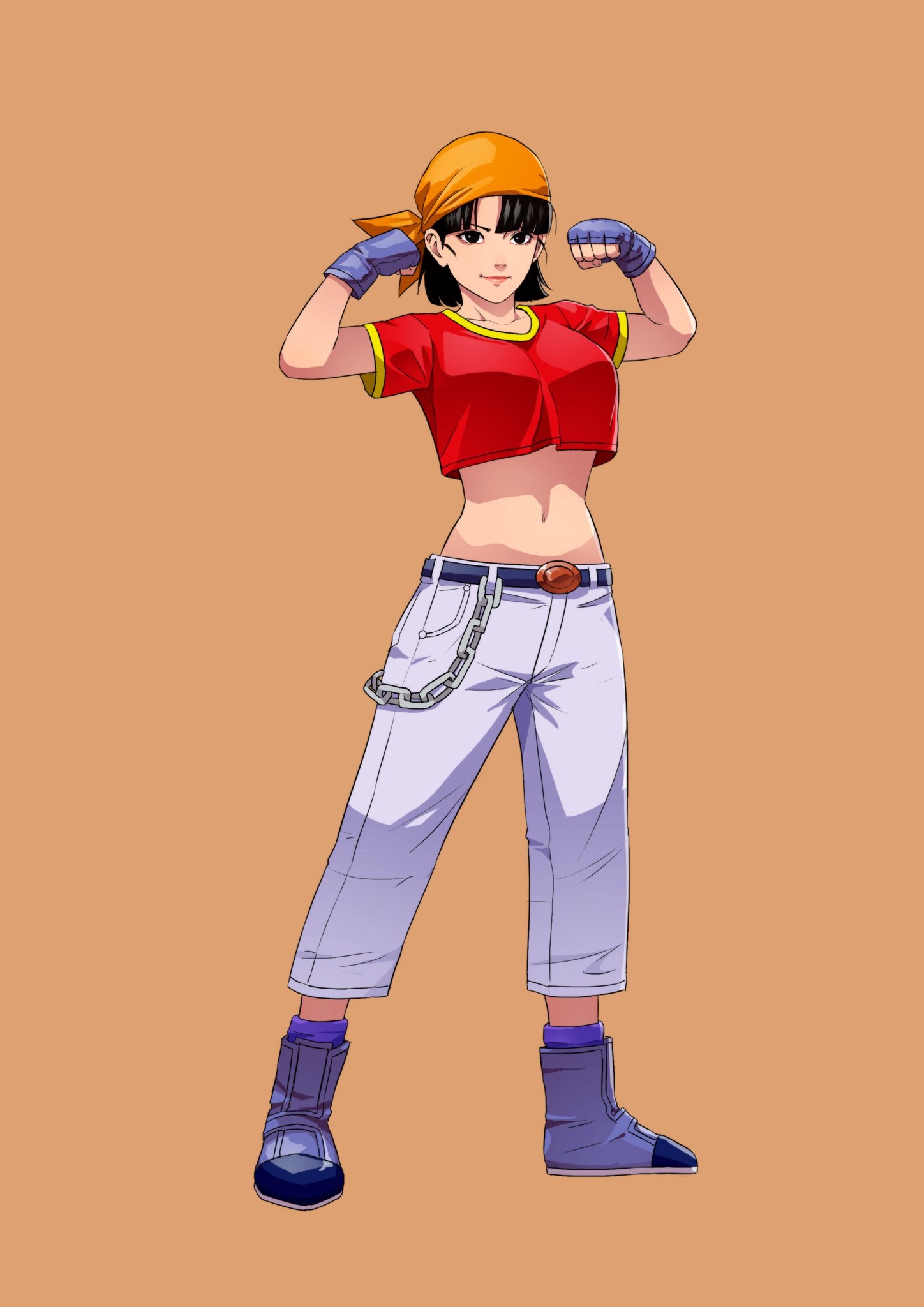 Ayane is very much a brawler and a fighter in every sense of the word. Headstrong and proud, she fights in a way that reflects her best, going in hard and fast, rarely planning before jumping into a fight. That being said, Ayane is highly adaptable in battle, changing her strategies intuitively to best fit and counter her opponent's strengths should the fight not be going her way. Ayane is most comfortable punching, kicking and pummeling her opponents, but there is more passion behind her punches than technique.

Ayane didn't have the best of childhoods growing up. Both her parents were constantly working. With them never being around, she had to seek attention from others by various means... but what got her the most (and not necessarily the best) was fighting. Being strong, being quick, these were what made a girl a tough combatant and, among normal kids who's only exercise and experience came from the occasional brawl in the soccer-field... she made a name for herself within the all-girl's school she was sent to. Ayane was often seen in the gym lifting weights, out as part of the wrestling and boxing teams, growing steadily stronger, faster, more strategic, becoming someone that other girls could look up to... and she reveled in it. Where she was alone at home, here she was the queen, the person everyone came to when there was a problem they couldn't solve. However, she was little more than a brawler... and it was that status that would secure her downfall.

Ayane had started becoming interested in professional wrestling straight out of high-school and instantly took steps in order to join. More eyes on her, more people to fight... It'd be great! Training was a breeze compared to the people she fought in school, studying holds and aerial techniques was a blast... It was like she was going to make a profession out of her hobby! And then she actually fought someone!... And discovered how under-qualified she was. Ayane's first real fight started strong and ended in disaster. While her straight-forward and aggressive approach turned the opening few minutes of the fight in her favor, her opponent was tougher, stronger than she was... and simply waited for her to tire! She was left vulnerable and was punished for it severely... Wounded in both body and pride, Ayane tucked her tail and took time off in order to train and grow stronger.

Having returned to a new league, AFW, Ayane seeks to fight her way out of her parent's home with this new profession and mark her name up there with the greatest fighters in all of Japan!

Ayane is, and is strongly, a tombody, seeing all things traditionally girly and meek as a complete load of bull. NEVER will one ever catch her in a dress or skirt of any kind or wearing any makeup beyond what is baseline, never having time for ANY of that. She is a strong lover of fighting... but even more when she doesn't have the ref-in-stripes breathing down her neck all the time, preferring fights where the rules amount to "not wounding anyone." She doesn't much bother to come up with a wrestling persona, showing herself off as the same person she is in real life, an energetic, fun-loving person, competitive in every respect!

One thing is for certain is that Ayane doesn't like to lose. After a defeat, depending on the severity, Ayane might disappear from sight for days just to brood over her loss... only to come out the same as before... and with a drive to even the score! While she might take losing harder than some, it never lasts for too long, always seeking that next challenge to push her forward! That being said, Ayane isn't quite what one might call "honorable." Still not as well-trained as some others, she doesn't quite have the luxury to form an ideology around her style of combat, simply doing whatever is necessary to secure a win. Sometimes that meant punching someone in the tit! Other times it meant kicking a girl between the legs! Hey, if the rules don't prohibit it, you can do it, right?

Ayane doesn't feel the least bit wrong about these tactics, and, as such, doesn't feel bad about them being used on her! She'd show up the next day with a smile and a handshake, recognizing that was just part of the fight. However, if rules are broken, that's when she gets mad. The first time, she'll brush it off but if someone keeps doing it throughout a battle or across several... Well... In her own words: "Fuck the ref, it's ON now."

Ayane does have a darker side, however... Namely with jealousy. Wanting to be the best requires coveting status... and she just CAN'T stand when someone takes hers away. When losses begin to mount over her wins, Ayane grows irritable and anxious, determined to bring her score back to acceptable proportions, challenging any and ALL... sometimes to her detriment. She wants to be seen as someone glorious, someone to be respected and praised... and she can't do that if she looks like a CHUMP!

Fun Facts:
-Is Gay
-Works out for at least 2 hours a day
-Trains for another 3 hours a day
-Has a STRONG distaste for girly-girls
-Has a soft-spot for loudmouths
-Favorite weapon is a stick/club
-Favorite AFW wrestler: #1
-Has a slight distaste for Referees... especially when they can't count to 3.
-Awaits the arrival of that blue-haired girl who had beaten her before. She can't wait to get even.
-Agnostic
-Favorite food: Wasabi-covered Sushi
_________________
-Cicilia De'Reighnhardt