Search
Latest topics
» Clipping The Wings of A Raven
by Harrier Today at 8:27 am

» Chloe Mason vs Annette Weber - Beach Heat
by Berial Today at 5:57 am

» Canon characters and pics checker
by Berial Today at 5:53 am

» Putting Out Fire With Gasoline
by Berial Today at 5:51 am

» Everything is Totally Sweet
by Berial Today at 5:42 am

Appearance:
Yuki stands at about 5'8'' and weighs 130 pounds, She has an average build with pale white skin and bluish purple eyes. When out and about, she wears a light leather jacket over a loose, untucked white dress shirt. She wears this alongside classic long black skirt and boots. It's very rare to see Yuki concerned about anything, her expression almost always turned up into a calm, almost spacious grin as if she were not really here and that the world she lived in were just a dream. She almost always has her hands tucked into her pockets, displaying her form to the world in a show of strength... or just a lack of fear. More often than not you can find her with a cigarette, either in hand or in her lips and ALWAYS does she have a lighter and a box of deathsticks in her back pocket. Never know when you need to share a smoke. 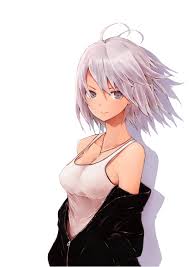 "Yeah, cut my hair. It got annoying."

(A mere tanktop covered by an open leather jacket with jeans and boots. 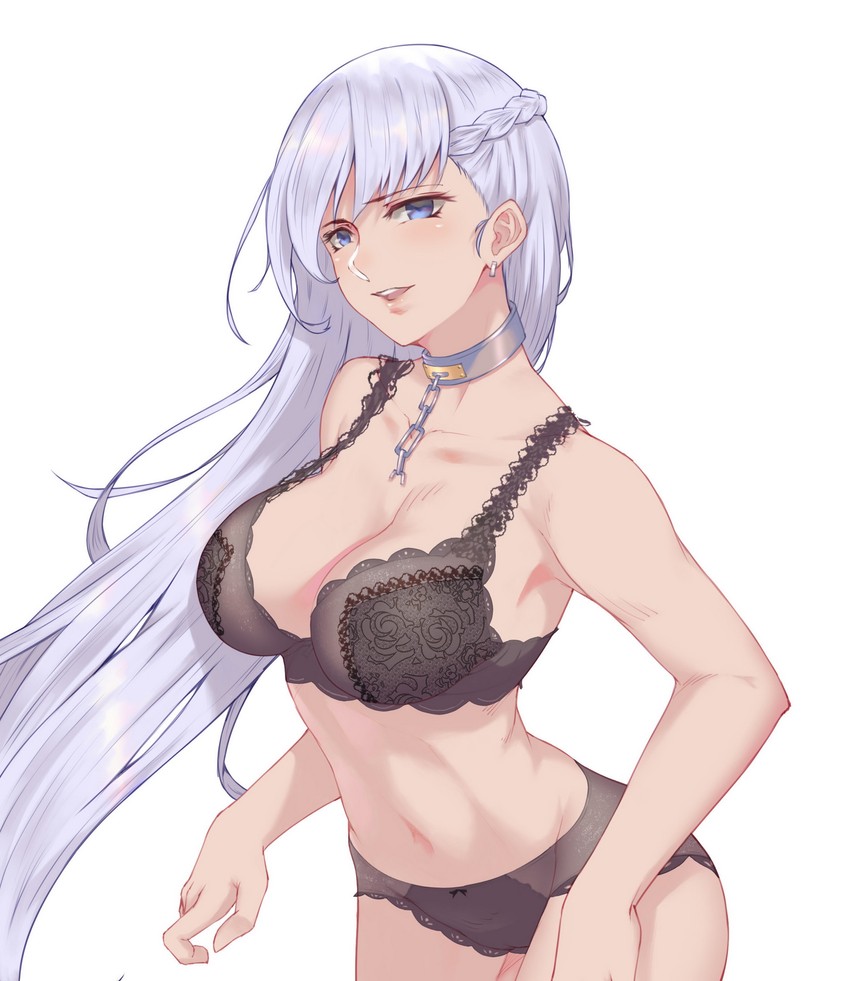 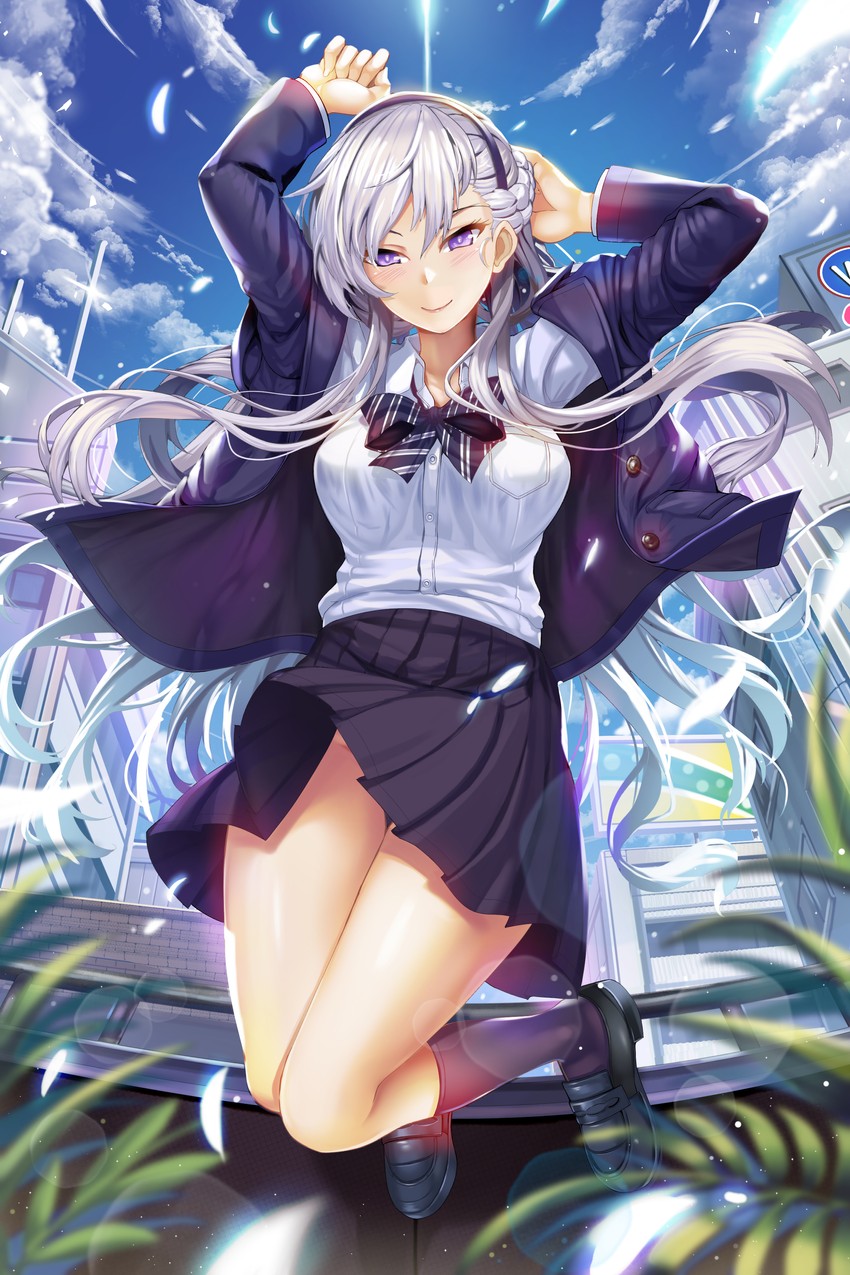 Keep away. That's her entire game. Earning her title of ghost due to her knack of NOT getting hit, Yuki exploits her speed to walk CIRCLES around her opponents, slipping around their strikes and delivering a few of her own when she believes she can get away with it. Some times, she'll even tuck her hands into her pockets at the start of the match and just use her superior footwork to tilt and swivel around oncoming strikes just to mess with her opponents, to get them mad so she can exploit them later. Those that rely on strength and bully tactics alone will never catch her.

To that end, her attacks mainly rely on out-speeding and out maneuvering her rivals to a decent extent, able to wear them down by avoiding their attacks while delivering her own once they make themselves vulnerable in their exhaustion. She favors strikes and the occasional submission hold if she's confident she can keep it for long periods of time, periods in which the only risk of her losing it is to rope-break.

Aerial attacks are fine as well, though just as if not more risky than engaging in a full on slug fest. Despite her speed, Yuki's offense is usually only used to instigate her opponents into attacking her back. She's a slow fighter, only coming out of her shell as the fight drags on.

Stamina:
4/5
"I play the long game... I aim to be laughing and dancing by the time your on the ground, passed out."

Speed:
5/5
"Because I can't take hits, I have to dodge them. Punches and kicks are easy enough to avoid... MY punches and kicks, though? You're not dodging those..."

Defense:
5/5
"Purely because I can get out of the way of just about anything. No really. Try it. Maybe I'll even break a sweat."

Technique:
4/5
"My strikes are as precise as a surgeon and my moves are on point. Keep up with me a while and you'll see what I mean."

Striking:
7/10
"I'll punish you every time you let up. I'll stab into your face or slam into your stomach. Keep coming... It's the only way to avoid being hit."

Countering:
10/10
"My favorite thing is to catch your punch and pull you into mine... Or slip around yours and kick you in the back... I could go on for hours how I make you work for me."

Leg Stomp/Abuser: Yuki raises a boot and jams it HARD into the thigh or knee of her target, forcing it down and her opponent with it as she raises the same leg up to slam her knee into their jaw!

Human Pole: A DDT so powerful, it literally forces her victims up on their head, stiffening them out before the fall over!

Yuki is generally a cool, relaxed girl taking her days one step at a time. In the arena, she starts in a warm and friendly manner, though once the battle begins to pick up and then, slow down, she begins taunting her rivals, attempting entice them to fall into an aggressive, angry trap. She sees herself as nothing more than an athlete in this sport and, as such tries to be a little showy with her moves and techniques in an effort to please the crowd. She seldom holds animosity towards those who beat her in battle nor those who insult her either, more or less coming up with some half-baked comeback if only to keep them from having the last word.

Outside of battle, Yuki is like any other girl, more or less. Goes out on walks, watches T.V., hits up the gym every other day... She's incredibly lazy around the house, her own apartment more often than not filled to the brim with misplaced items and stuff just thrown about. She's not much for a clean living enviornment, actually finding it harder to find things THERE than if it's on the floor where she can see it. OH... Yes... She loves to smoke. Perhaps not the best habit for a wrestler, but she enjoys it nonetheless... Helps keep her nice, calm and lucid.

Yuki is a big fan of schadenfreude, or finding people aggravated or in pain amusing. Seeing someone fall on their face or run into a traffic pole is MORE than worthy of a couple laughs.... Sometimes this bleeds on over to her wrestling matches...

Past/History:
Yuki's life was just... an average one to say the least. She grew up in a household of 5, being the oldest of 3 sisters. She acted as the spokesperson for them, negotiating play-time when they were little to being lent money when they were older! She was always the athlete, but she quickly found out she didn't have the natural toughness she needed to compete in sports like boxing or the sport of high-school wrestling, forcing her to try out other routes of fighting...

When she got older, she eventually decided to pick up professional wrestling as an experiement, to see how well she did... And she found her developed strategy of keep-away had gotten her quite far in the ring! Granted, most of the fights she actually lost in had her lose REALLY fast due to her weakness but in general, she was able to outlast the competition and proceed into the later rounds of some rookie tournaments! She took a year or two off after winning her first Tournament before signing up with the AFW, looking to try her hand at fighting once more...

She would out-speed the competition this time and take the belt of friction champion!


Fun Facts:
LAZY: Yuki cannot be bothered to get out of bed any faster than she wants. As a result.... her room's kinda a mess.

Ice Cream, you scream: Is a HUGE fan of ice cream! Her favorite flavor? Strawberry.
Painter: Yuki paints, metaphorically depicting her last match. Her apartment walls are COVERED with past artworks!

Smoker: Is a huge fan of nicotine in the form of both cigarettes and vaping wands! She enjoys Malbro cigarettes the most.