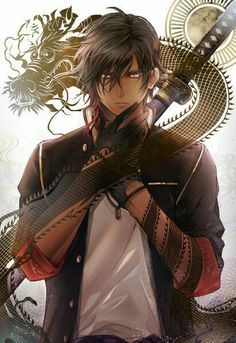 "Why are you bothering me, monstruo...?" 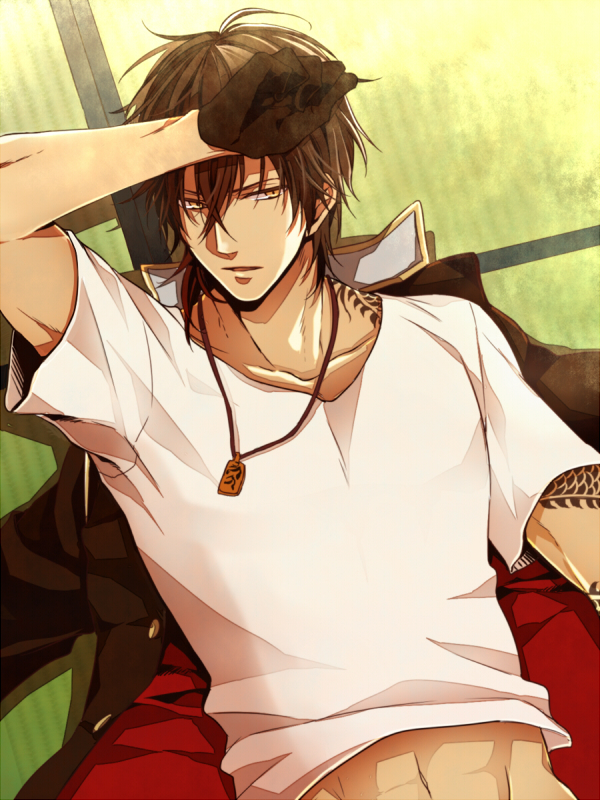 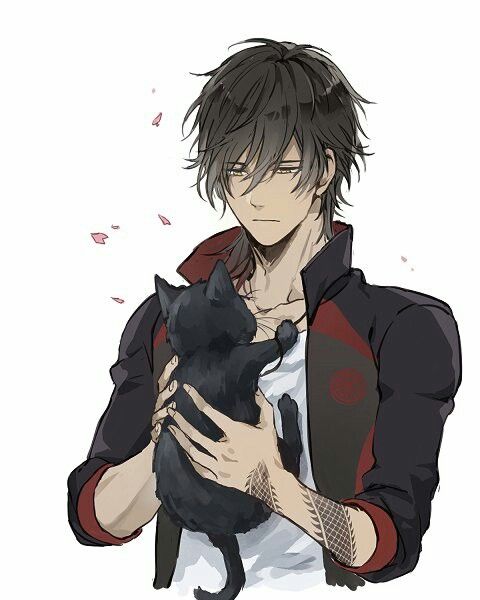 "Is that your best, debilucho? 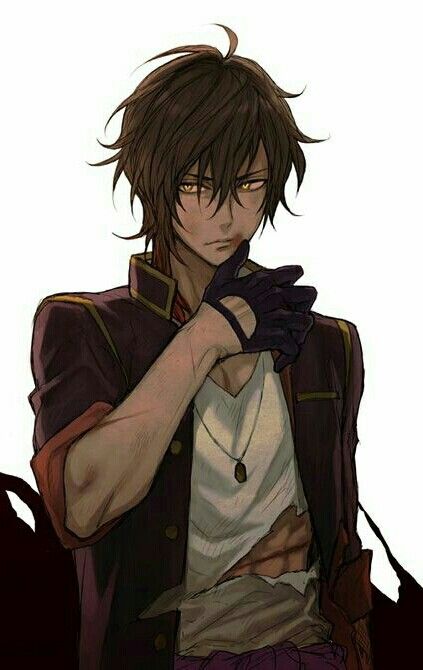 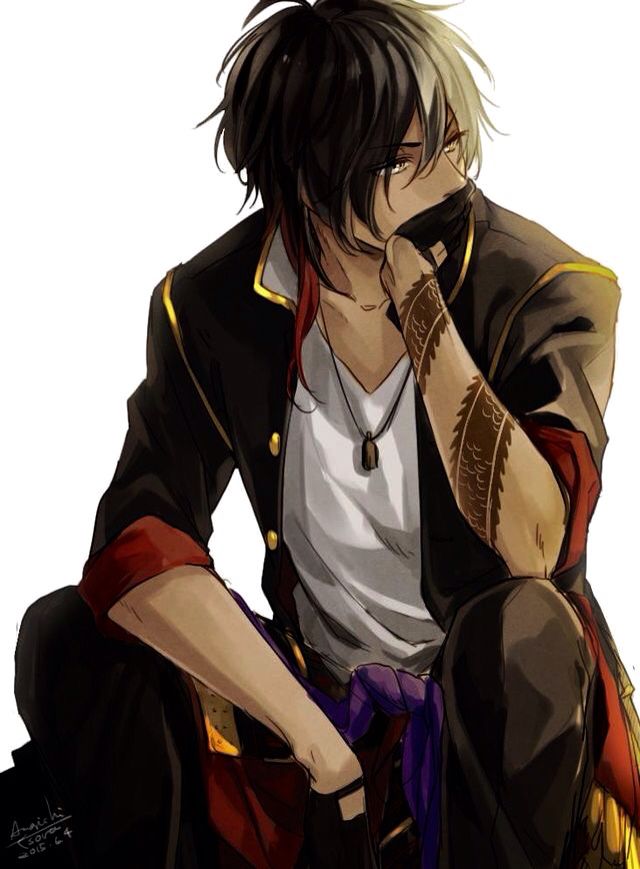 Raul has picked up a few styles of martial arts in his time working as a gang-member on the streets of Mexico City. He knows basic Judo and Kick-boxing as is required by those who would join the gang but he also knows his way around a weapon if he's given one. Bats and Knives are a favorite on the off-chance he finds one in Japan's stringent weapons-free society. He has also learned, in his own time, a bit of Karate and Taekwondo but each style is hardly interwoven with each other. He won't be seen shifting strikes from different styles very fluidly or often, instead focusing on one style at a time and switching should it not work as fast as he wishes.

As for wrestling, Raul is a somewhat speedy, hard-hitting all-rounder, competent in all styles though he favors being a quick grappler in the early-game and switching to strikes in the later game. After all, breaking someone's arms and legs at the start of a match makes the rest of it that much easier, no?

Strikes: 4/5 – Raul's late-game favorite. With 3 out of his 4 styles favoring strikes, Raul is quite competent with them. Not the best, but he can knock out someone's teeth pretty good.

Submissions: 4/5 - His lead-favorite. Wounding a target before going for the kill is always a safe strategy. As they lie nursing their mangled body, its so much easier to finish them.

Powerhouse: 3/5 – Raul isn't the strongest man ever seen, but he's pretty good... While he doesn't favor being a brute in the ring, he's capable enough if such actions are called for.

Aerials: 3/5 - Hardly seen but that definitely doesn't mean he doesn't know how to fly. Raul's capability in the air is average. Good, but not great.

Counters: 3/5 – While Raul prefers to be in control the whole match, that doesn't mean he can't slip out of jams. Usually these counters chain into submissions in an attempt to reign in the competition.

Patadas de Huracán: (A series of roundhouse kicks to the head)

Raul Tejada was a man who always grew up around crime. Born in the center of criminal operations in Mexico City, the young man was destined for a life in the local gangs. For as long as he could remember, Raul grew up with his younger brother in one of the larger gangs in Mexico City, but a gang who treated it's members as one extended family. With the two boys having never known their parents, the two, instead, formed bonds with the various members of the organization, growing close to them like additional brothers and sisters. With the higher-ups seen as their true parents, Raul went out of his way to impress them, taking on extra jobs, training his fighting skills as much as he could in his off-time, doing whatever he had to in order to get himself noticed. His brother, on the other hand, was a lot more lax and reserved about his life, leaving Raul as the only one of the two who moved up in the ranks of the gang.

The Gang itself was known for various illegal activities from drug-supplying (though they never produced the stuff), to shake-downs and extortion. Wars were usually waged around the gang or subtly, through subtrifuge but never direct battles. As one of the biggest suppliers of drugs in Mexico-City, the gang was powerful and well regulated. for anyone to attack them directly was to damage business in which everyone inevitably ended up profiting from... and that simply wouldn't do.

By the time Raul was 20, his go-getting attitude and results had netted him the weakest of the Big 4 positions, the leadership below the leader himself. His duties were to regulate the weaponry, introduce and haze the newest members of the gang and watch of any signs of disloyalty. His brother, still refusing to make an effort to stand out among his peers, sat at the lowest ran among the gang, and, as such, fell under Raul's jurisdiction. Often, he would make efforts to encourage his brother to try and make an effort, to do it for the family but such words meant little... Raul often left frustrated and confused when results never followed these talks with his brother...

By age 25, Raul had been doing rather well for himself. The Gang had grown exponentially with his liberal (yet intense) care, what with numbers swelling and business booming... All he needed was one last job and he might yet be moving to the next level up, seeing as the Number 3 in the Gang was retiring soon...

...Something went wrong and the next thing he knew, Raul was standing before the Mexican Grand Jury with a list of crimes longer than the list of names on the Gang's roster... Facing down execution of Life in Prison if he didn't give up the names of the Gang-Leaders, the man did the only thing he could: And kept his mouth shut....

He waited on death-row for only a month before word got out to him that the Gang was doing everything possible to break him out from bribes to favors to outright break-ins... but he wasn't going to simply continue his role as one of the bosses anymore... the list of crimes and danger to the gang as a whole was simply too great! By the time the courts were done with him, Raul was sentenced to Exile to any place he chose... that being Japan. For what reason? A whim he supposed. He had little waiting for him in America besides some ghetto where everyone worked small-time...

Japan, however... had much opportunity... and the perfect cover job an AFW wrestler...

With his past covered firmly up and with the new identity of "Raul Tejada" in hand, the mexican made his way into the wrestling world...

Raul is, if nothing else, a family-guy. Growing up in a "household" where family meant everything would do that to a guy. He cares very much to those he would call friends and would go out of his way into dangerous situations for family. He's a somewhat relaxed and chill guy, often times trying to bring tensions down instead of evoke them out of his opponents. He's simply here to have a good time and make money, as he says to any who asks. He does not have time for the drama-aspect of the AFW.

That being said, he isn't afraid to fight dirty if he thinks he can get away with it or the rules allow for such things. in fact, he finds it rather liberating when such opportunities are provided. Honor isn't the dollar-store tabloid the governments of the world toss out to hungry simpletons... It's a matter of results, not actions. When it comes to being confronted for these actions, he'll simply shrug and either brush off these claims or suggest his opponents are sore losers... but does little to stick around and pick fights. He's not here to make enemies... Just start his life over with the skills he has.

Raul is vague with his past, but not because he won't tell his story... but simply that his story is different each time. Sometimes he was a florist, other times he was a bouncer. Each story as a nugget of truth... a puzzle-piece that can be paired with others to get an idea of his story.

-Raul LOVES fried chicken and watermelon.
-Isn't looking for love. He tries to brush off flirtatious remarks as cooly as possible.
-Holds the Tension Champion in high regard. It must take some real brass to climb that high.
-Is a fan of shooting. In fact, back home, he used to toy around with revolvers and lever-actions all the time.
-Yes, he has a vaquero hat. It hangs from the coat-rack as memories of better days.
Is always looking for a way back home. Quietly, though he longs for the deserts of Mexico.
-Plays a bit of the guitar though he was never good.
-Has a habit of calling those older than him “Boss”
_________________
-Cicilia De'Reighnhardt