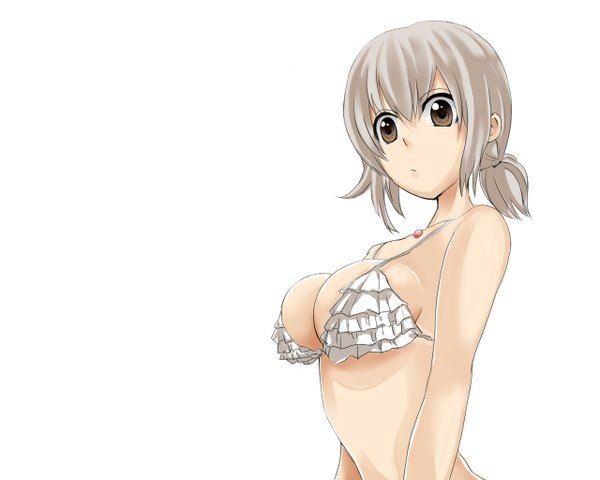 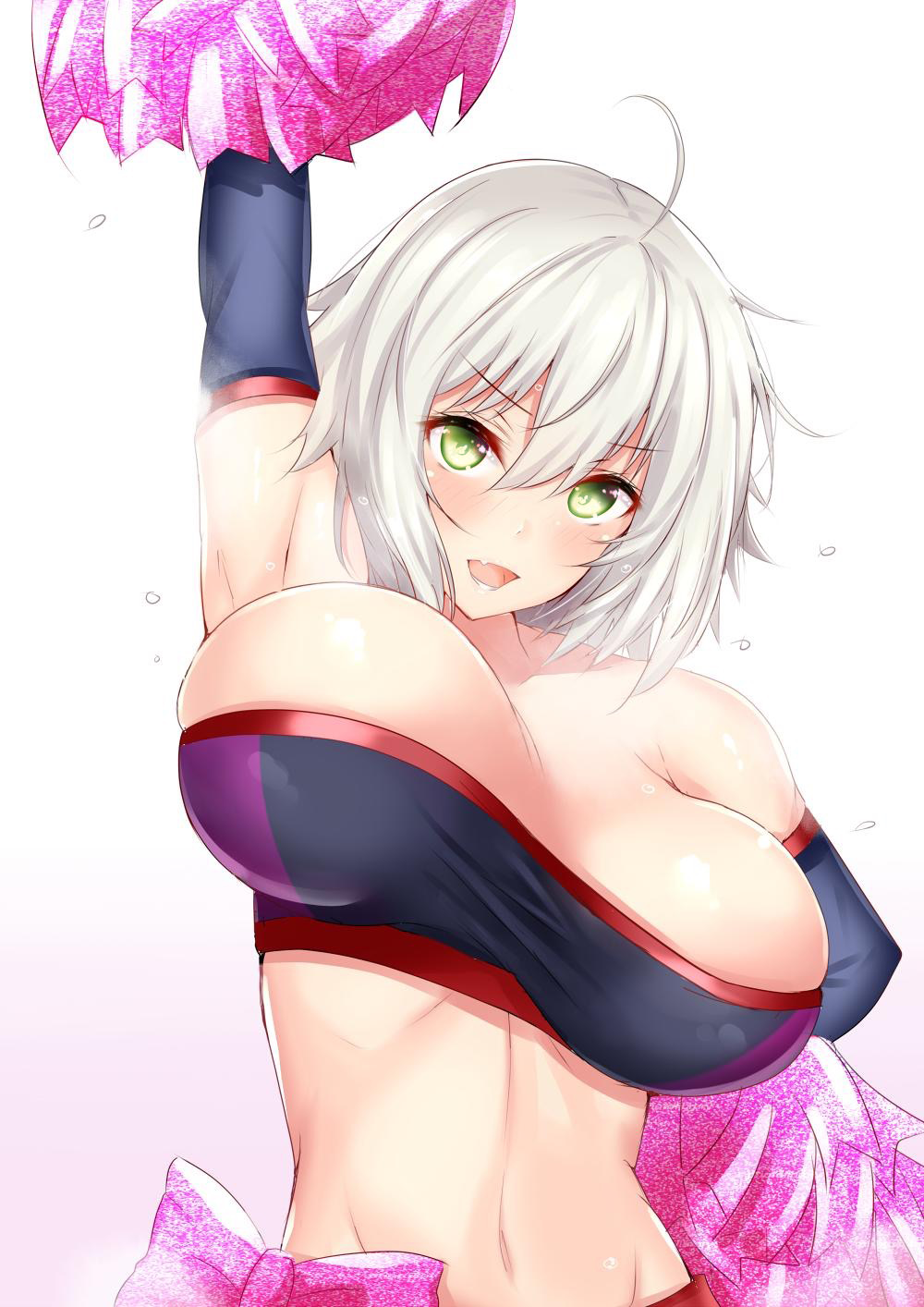 After having a little water fight: 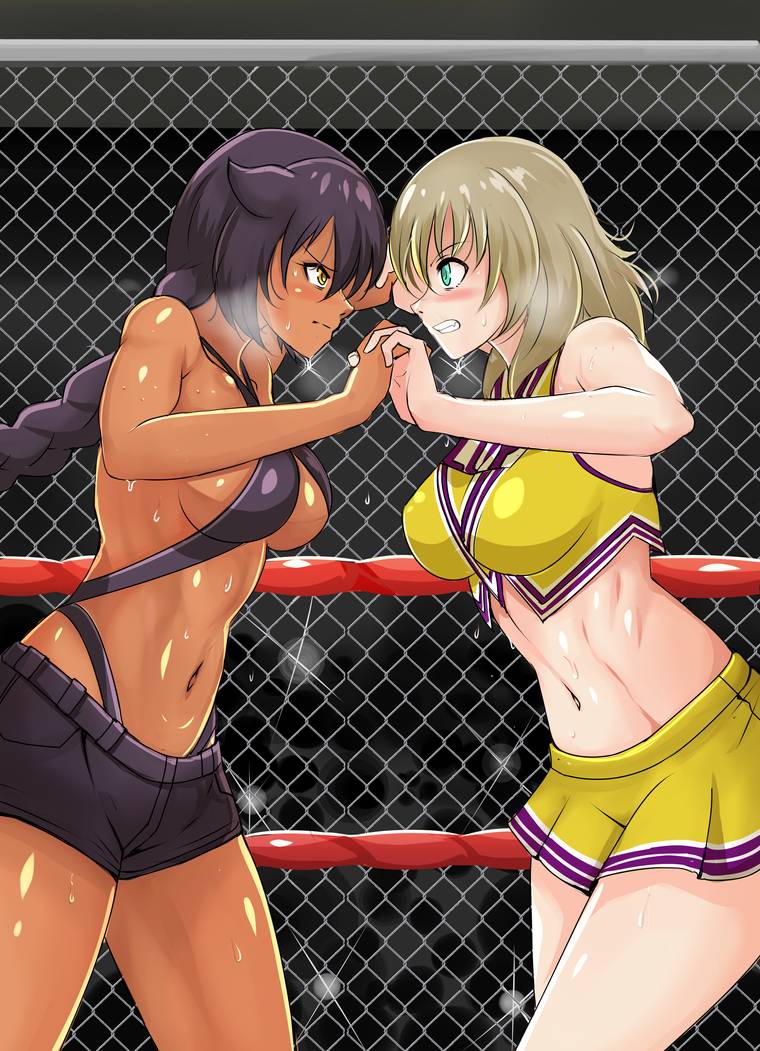 Strategy: Lucky is an all arounder with a penchant for speed and headlocks! She's not afraid to lash out with strikes should the situation call for it, be it a punch or a kick! She's got enough strength to compete in grapples and tests of strength, though she mainly prefers out-manuvering and out-smarting opponents. Like her name suggests, though, Lucky also relies on a healthy portion of Luck in her fights! She looks for opportunities and lowered guards to exploit whenever she can and hopes for the best they actually go through.

Spoiler:
She has enough endurance to make it through a decent number of rounds and go the distance! God knows she's gonna be wasted by the end of it though.

Spoiler:
A punch or a slap from her isn't anything to scoff at! But it's not exceptional either

Spoiler:
Lucky's bread and butter! Her speed is quite a bit greater than average!

Spoiler:
Lucky's defense is pretty average, able to squeeze out of tough spots regularly, though she gets herself into them just as often

Spoiler:
Lucky's technique is great and her execution of techniques are impressive to boot! One can expect consistent excellency from her at her best! 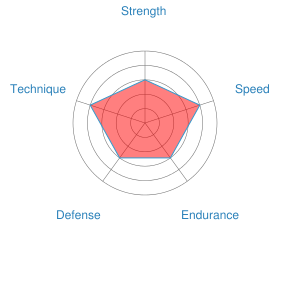 Spoiler:
Her favorite part of wrestling! This is the main area her power shines!

Spoiler:
With her natural grace, Lucky is a shoo-in for aerial!

Spoiler:
Getting out of tough situations was really what coined her nickname "Lucky!" and, as they suggest, appear to have somewhat to do with luck more than her skill at escape 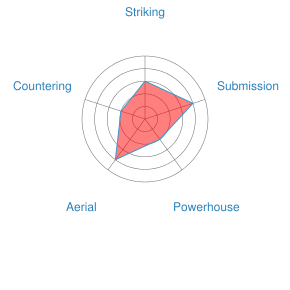 Lucky's Charm: A powerful neck-snap followed by a leg-drop to the opponent's neck!

10 Years Bad-Luck: A powerful Atomic drop followed by a drop-kick to the back of the opponent's head!

The Steel Cyclone Clover: A moonsault but instead of it landing body to body on a downed opponent, her knees landing on their stomach/chest instead!

Personality: Sakura is a nice and friendly girl outside and inside of the ring, looking to have fun and make friends whenever possible!  She loves to talk with her opponents before and after matches, often asking for tips on how to improve her game and get better while offering her own if asked. She's somewhat of a perv in general, unable to help herself from getting aroused at the sight of a beautiful woman in front of her, especially if their half-naked and they're in a hentai match! She's not afraid of letting them know it either, offering words of encouragement and compliments on their figure and appearance, though she draws the line at harassment and stops if they ask for it.

Do not take these friendly traits as her being a push-over though because Sakura is vicious in battle, giving her all in everything she does and taking advantage of every opportunity that she can! Distracted opponents? Free game for having taken their eyes off her! Downed or hurting opponents? All the quicker to end the match! She's not a cruel fighter, but she also recognizes that slipping up is a mistake for them and an opportunity for her!

Outside of matches, Sakura is rather athletic, a fan of swimming, running, relaxing with friends and, of course, indulging in her somewhat perverted tenancies. She loves to kiss. It's one of her favorite things! She might use the excuse of hit being a cultural thing to foreigners or some other reason to nab any lip-to-lip contact from beautiful women in her life! Some make her out as a "Naughty girl" because of that... She just sees it as mutual enjoyment. She also reads manga! (guess what kind).

Past/History: Yayuuki Sakura was born in the city of Tokyo and has lived there all her life! She was raised by her Loving mother and father, both of which having been a part of the wrestling scene (if briefly), though had settled down to raise a family. Being the oldest sibling of 3, Sakura was a natural roll-model to her younger sisters, getting them into exercise and and manga-reading rather easily. In only a few years, the whole house was full of athletic manga-nerds, the house abuzz with the conversation of plot-lines and unskipped leg-day! Eventually, though... Sakura had discovered the world of AFW... and she was intrigued to no end. All the different kind of matches, the shows of strength and skill... the Hentai (but her watching those were a secret), etcetera. She just HAD to learn wrestling! Indulging her, her parents taught Sakura the basics of the art, the white-haired girl finding it MUCH harder that she assumed! Those women made it seem so easy!... Well it was nothing some good ol' practice wouldn't fix! With guidance from her family and outside help in the form of tutors, Sakura had grown into quite a formidable wrestler (in her eyes) and she felt she was ready to take on the world!

Well... her first match... was a hentai match. Go figure. The girl was was up against was green as well and so... they fought rather sloppily, constantly apologizing every time they got a hit in, asking if it "was okay" with every touch they made on the other. It was slow, agonizing, but it was here that Sakura had acquired her fetish for kisses. They shared many in that ring, each one more passionate than the last and she realized it was a feeling she just couldn't live without! The match was eventually decided in her favor and Sakura was declared the winner, though it was VERY close.

She came out of that match beaming with pride and... other things, feeling ready to take on the world! Her matches from that point on were... difficult to say the least. Not everyone in the AFW were as warm and bubbly as she and she payed for that ignorance with many losses. In fact, the few wins she did get were often attributed by the media as her being "Lucky" and so that became her stage-name! Still, these many loses damaged even her confidence in herself and so she took a year off to train and gather her motivation. Now she's back and ready for anything! Hopefully with a few kisses along the way.

Pucker up: Sakura is ALL about dem kisses! If you're a beautiful woman, she'll ask for a kiss! Kiss on the cheek, kiss goodbye... anything!

Manga-Lover: Loves manga! (Some genre more than others) and is actually learning how to be an artist for her own series herself! Her first book? A yuri manga!