Search
Latest topics
» Refresher Course
by acuyra Today at 4:50 am

» Kaija Laine vs. Mariah Burste - Happy Anniversery
by acuyra Today at 4:27 am

So, as some of you may have heard and some of you may not have heard, for the past two or so months, I've been asking around, gauging interest in the possibility of getting a boxing tournament started. Momentum's always been sort of the black sheep of the forum since it's inception, and it never took off like it was intended to (something I'm as much to blame for as anyone, I'll admit) but I feel there's been a bit of interest in it recently, enough so that the idea of a small but manageable tourney might be something we could pull off.

So, in this topic, I'd like to start pooling ideas and see who might be interested in participating, and what other ideas can be thrown into the mix. Just to let you all know of the broad details, here's a look at the skeleton details:

- In order to keep the tourney moving, I'd enforce a minimum two-week post requirement. Basically, if you don't post at least once every two weeks, you character automatically loses. If real-life issues occur, we can stretch things out after agreeing with your partner, but otherwise I want to keep that as a hard rule.

-In order to shake things up a bit, I'd like, IC, for the matches to have random stipulation. Basically, this would allow for certain characters to be fighting no-holds barred matches, while another could be doing some shoot-boxing, while another could be doing kickboxing, as the players agree. Pretty much any match that would be allowed in Momentum would be allowed in this tournament, up till the final match.

- I'd prefer the participants in this tournament to either be Momentum boxers or wrestlers who have some background in boxing. While I'm willing to play loose with this as need be, when it comes to deciding who advances, I'll say up front that characters with actual boxing experience are more likely to advance than wrestlers just moonlighting as boxers.

I really like the idea of random stipulations. Seems like a really neat touch. And I agree with the two week rule. It sounds more than reasonable.

Also you said you'd like chars with at least a history in boxing. Does kick boxing count? If not, no big deal.

I'll just leave this here too... 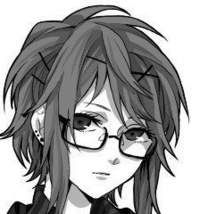 I actually popped out my boxer specifically to add a body to this when it was first mentioned. Personally not sure how I feel about the stipulations thing, but whatever makes folks happy in the end. All about bringing some activity back to Momentum.
_________________

Feel free to toss me a PM or IM on Trillian to chat. Shay#2642 on Discord