Strategy:
While Dajana will always fight fair, she will always try to use external props in fight; being it chair, bat or simply ring post in standard matches. Respecting the rules doesn't mean you don't need to push them and Dajana is very aware of that.

When extra items aren't aviliable, Dajana will adapt strategy depend on her opponent. Against smaller or same sized girls she'll power her way with slams and throws, while she would take more tactical approach with mix of everything fighting bigger wrestlers.

Preferred Attacks:
All kind of throws and attacks with help of external tools when possible.

Finishing moves:
Cornered pain: Dajana would drag her downed opponent toward the ring post and put each leg on one side. She would grab opponents ankles and pull them toward herself in order to slam their crotch to ring post. Once slaming it, she follows with doing figure four leg lock around the post and began applying the preasure untill opponent submits.

Headache: Dajana would start with irish whiping her opponent toward the rope and upon bouncing back sending an elbow to their face. Before enemy falling down, she would follow by wraping arm around their head and end up with stunner.

Fall from above: Dajana would lead her victim toward the corner, where she would start with few head slams on the turnbuckles. She would follow by climbing up on middle rope and turning her opponent upside down when lifting them up. Whole sequence ends with Dajana jumping down, giving jumping piledriver to her opponent. 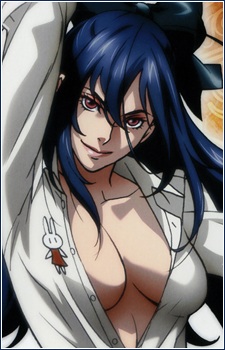 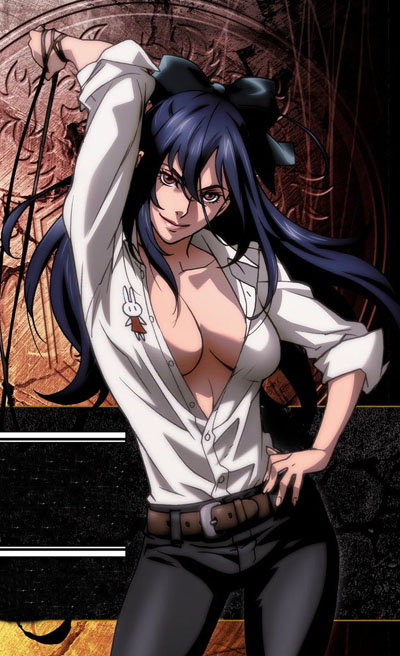 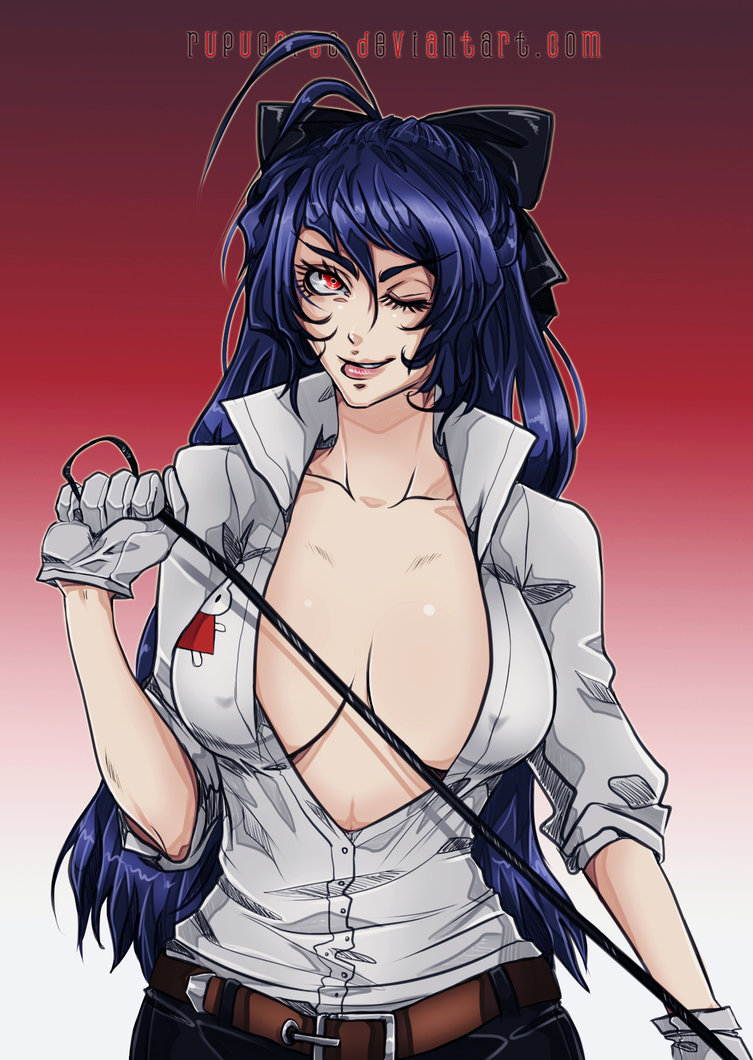 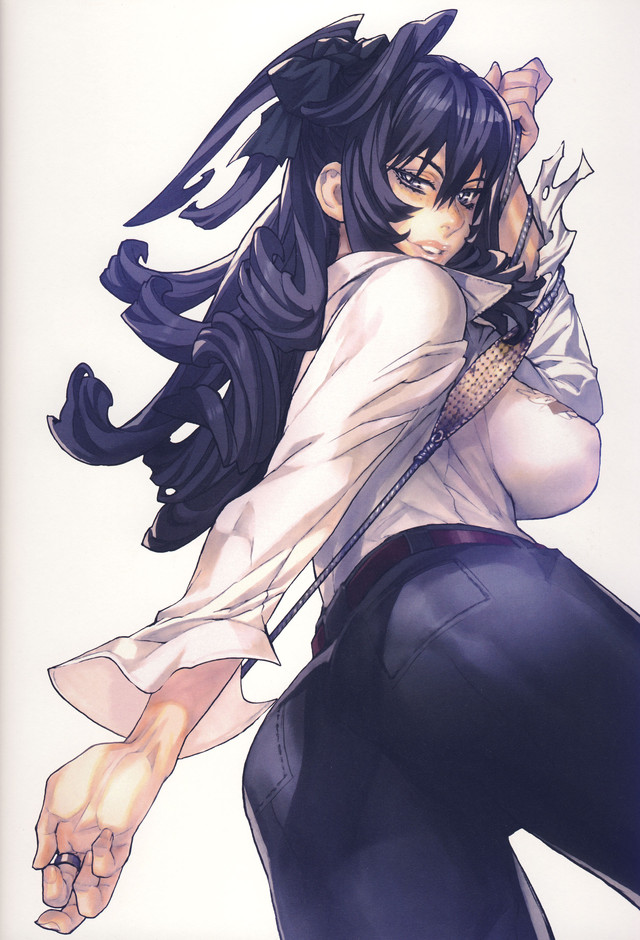 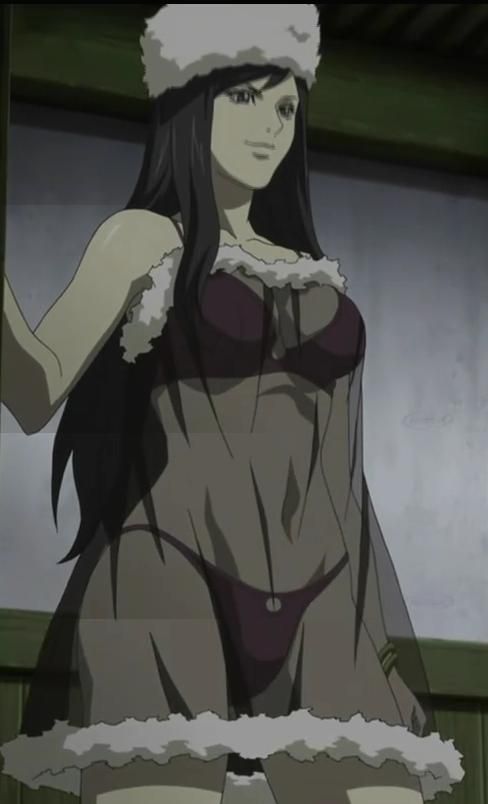 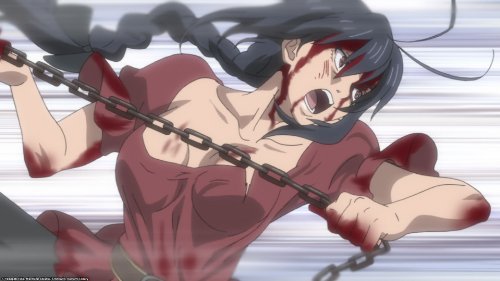 Personality:
Although Dajana likes violence, she's actually pretty calm and very shy outside the ring. She's not the one, who will approach others to start new friendship and meeting new people and you'll definitely won't see her going intimate with strangers. But she'll eventually open up once becoming more comfortable. That's definetely possible, although it can be sometimes bit hard to achieve.


Past/History:
Dajana was born in small city and early years was pretty fun and relaxing. She wasn't the most popular in her group of friends, but they understood eachother pretty well. She was pretty calm and easy going and got really fascinated with chess in her early ages. Dajana joined local chess club when entering the primary school and was it's member for 7 years. She was really enjoying the strategic part of game and amount of thinking you had to put into it. When not being in school or in chess club, Dajana spent all the time with her friends. They were joking, laughing and generaly having great time together.

But then things went downward for Dajana. Her family moved to different city and she had to seperate from her friends. It was pretty hard for her to accept that and she spent most of her days spending alone in the room. Joining secondary school didn't make things any better. She was new kid in school and almost everyone began bullying and picking on her. She had no friends, except one: Dajana became really good friend with one of her teachers. They started to hang out more often and just when she start enjoying the company a little, he tried to sexually abuse her. She managed to get away, but it left a big mark on her. Dajana had extremly tough time meeting new persons and friends after that and whole situation made her loneliness only deeper.

That's when she started developing more violent persona. She started to watch more and more violent movies and video clips and eventually became more hungry for violence. Just watching other people fight wasn't enough, so she swaped chess for muay thai lessons. Dajana has been training it for few years, which toughen her up but she wasn't satisfied with that. She wanted to broaden her knowledge, so she swaped it for wrestling. Although she always remained friendly to other wrestlers, many got quickly scared of her because of love for getting violent and usage of other weapons while fighting.

Parents weren't happy with how Dajana was developing and they were often arguing with eachother. One day, Dajana was sick of all the arguing and went on her own. She was struggling a little when going through life, so she decided to try herself in AFW league.


Fun Facts:
She's very proud on her teddy bear collection and will never allow anyone to touch any of them.
Dajana is still keeping one of the rock she found when being little. She has a weird habbit of kissing it before every match.