Adopted character from TekRobo - thank you.

Fighting Style:
Diabolica is a brawler who, despite almost always having a big physical advantage over her opponents, employs dirty tricks and unsportsmanlike tactics with alarming gusto. When she's slamming fighter's into the mat, torture racking them into submission, or crushing them with a mighty leg scissor, she's hitting them over the head with a chair. Inviting her to a no-DQ match is not recommended.

She goes full power right out of the gate--heavy aggression is her forte. Powerful punches, smashing her opponent into the ground, and surprise dropkicks are her bread and butter. She sometimes switches it up with a painful submission hold, like a Boston Crab or a Torture Rack.

Special Moves:
Kiss of Death. If there's one thing Diabolica loves, its spicy food. She has an amazing resistance to spicyness in general, and consumes eye wateringly hot food with gusto. One of her favorite tricks is sneaking a ghost pepper into the ring, taking a big bite of it, and then spending the next couple of minutes messily liplocking her opponent until they can hardly see from the heat! 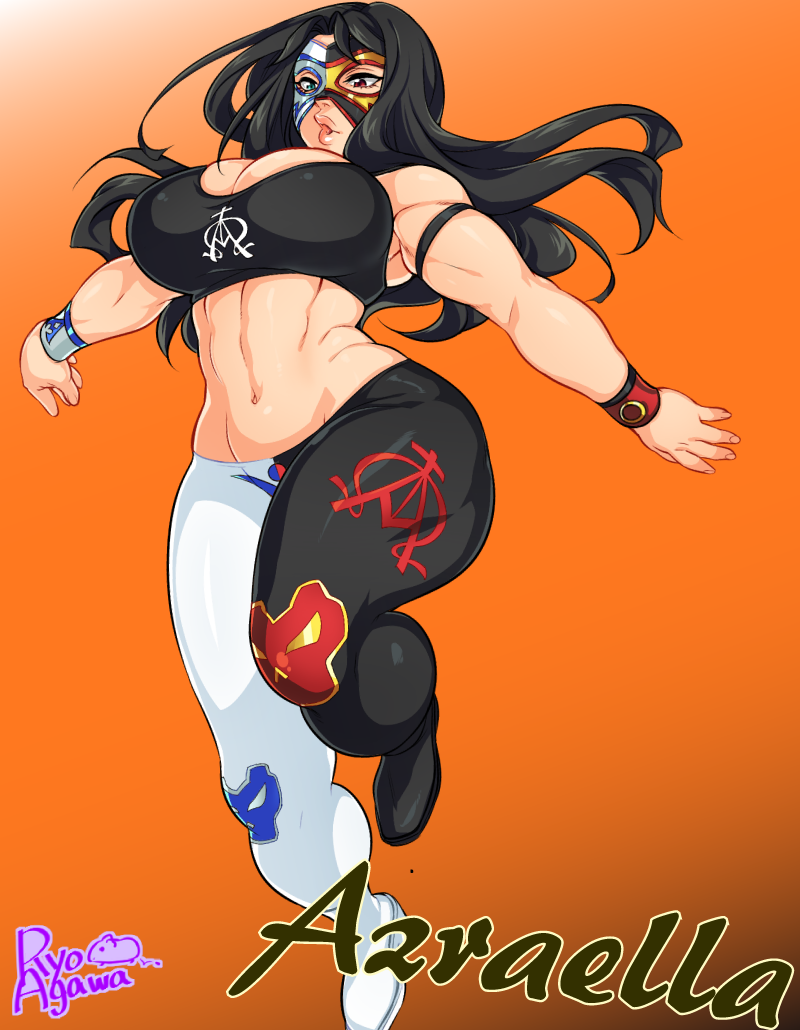 Personality:
Diabolica is one hell of a powerhouse. The powerfully built woman is worldclass when it comes to strength; she's the kind of woman you'd expect to see win 2 vs 1 handicap matches. Physically a powerhouse, she promises to bring her own special, sexy Hell to the AFW!

Past/History:
Vera Sanchez was a poor girl in a poor neighborhood in rural Mexico. She only had two things going for; an intense natural beauty, and a build that would put amazons to shame. When she was 16, she took on the mantle of luchador, becoming a famous figure in Central American under the table wrestling federations! Known for her erotic flair, brutal fighting style, and excitement for the sport, she was the undefeated heavyweight champion of several wrestling federations. When she was 28, the giantess decided she was ready for the big leagues; she packed her bags and got on a flight to the AFW, hoping to make her fortune there!