"So he really doesn't have a win to his name?"

"Based on all the research I've conducted...correct." Joshua gave Estelle a disapproving look as she smirked. "That doesn't mean you should be careless. I haven't been able to gather much about his wrestling style, or his moves. He may well have some tricks up his sleeve."

"Aw come on, Joshua!" The brunette waved off her adoptive brother's concern. "You should have seen him when he bumped into me backstage! He was petrified, practically cowering and begging for his life! What kind of threat can a guy like that possibly pose to the daughter of THE Cassius Bright?!" Her brother opened his mouth, perhaps to argue or protest, but he didn't get the chance. The sound of Estelle's entrance theme was already starting to play, signalling that it was her time to debut. "Wish me luck!" 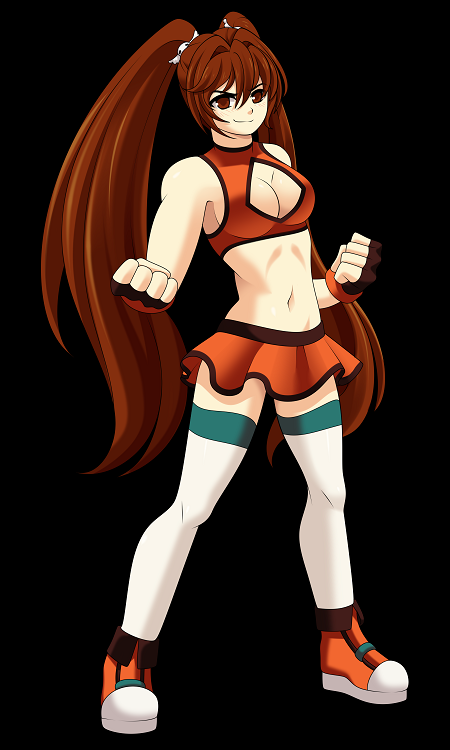 Before he could say another word, Estelle was out of the dressing room and making her way towards the arena. Stepping out onto the entrance ramp, she was greeted with the glistening skylights above, almost as blinding as her tag team namesake. The thunderous cheers of the audience members also welcomed her, as she drank in the full sight of the spectacle before her...the AFW Arena...she had finally made it! The girl flashed a peace sign with a grin as she began to make her way down to the squared ring, taking the time to high five the occasional fan before reaching her destination.

Estelle slid under the ropes and pushed herself up and off into a slight bounce, bringing herself back on her full feet. Her eyes fell upon the nearest corner post, which she ascended. Holding both of her arms up, appreciating and welcoming the cheers the audience gave her before she hopped back down. The girl settled herself into that very corner as she allowed the referee to check her over, while waiting on Mr Fancy Pants himself, the cowardly wimp who had dared to imply that her dad's numerous victories had been the result of cheating...
_________________
Female Characters:
Yin