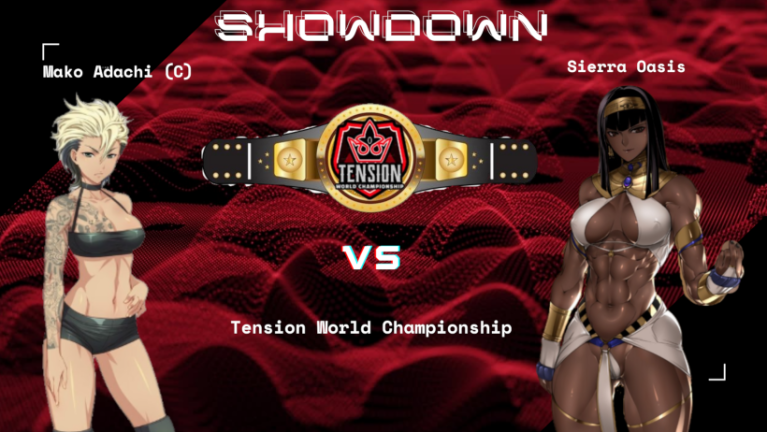 Mako was pumped for tonights match up. Eager to defend her championship belt at Showdown, the shark had bursting with excitement all day! Plus, not only was she defending her belt, but her opponent was no doubt a perfect contender. This wasn't the first time that the KING had encountered Sierra. She first met the foreign amazon in the sauna. Needless to say, the pervy shark made things very lewd, very fast in that sauna. Next time they met she was facing Sierra in her own backyard. It was only a spar, but damn things got intense. It was a rare occasion where Mako ended up getting her ass kicked. Then Sierra did a few other things to her ass...and remembering them gave her chills. "God that was hot..." she thought to herself as she pulled her briefs up her legs and around her hips. It didn't really matter that she got dominated in her own damn house like a bitch...Mako honestly loved getting fucked senseless in her own territory. Especially when the one pounding her was a tall, muscular goddess like Sierra.

Tonight, though, Mako planned to take things seriously. Well...seriously for her at least. She planned on giving Sierra the fight of her life, and she expected the same in return! Once she was all dressed in her attire, Mako would grab her championship belt and hurry out of the locker room. Rushing through the halls, the shark wouldn't let anything slow her down. Not even the guy she accidentally ran over while he was carrying a heavy box... 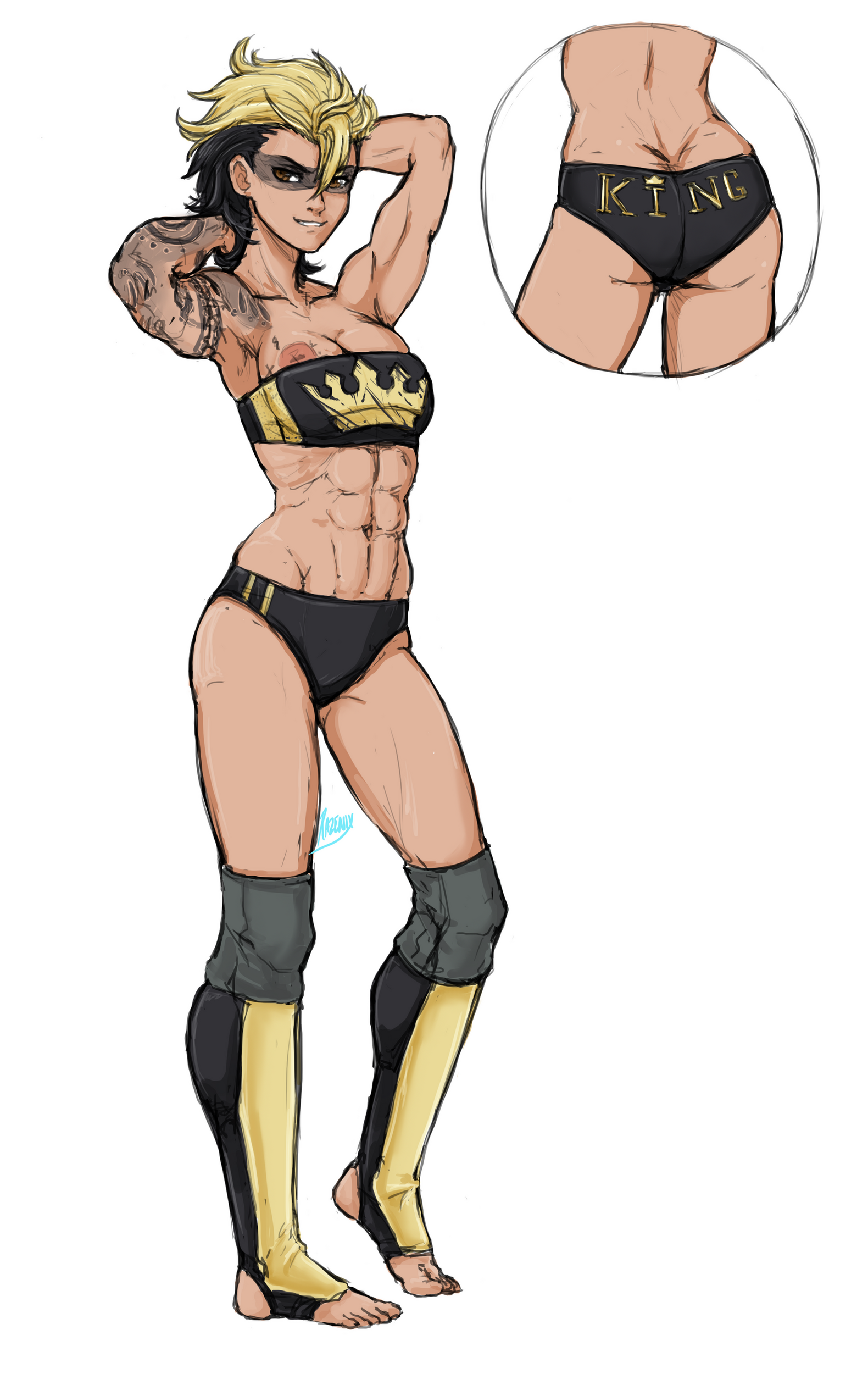 Music would play as the champ made her appearance. Using a new techno/rock theme, the king would come out, accompanied by pillars of fire. Snickering to herself about how cool they looked, Mako made a all the neat fire. Breaking out into a sprint, Mako would rush straight toward the ring before using her own momentum to slide in on her belly until she was in the middle of the ring! Popping right up to her feet almost instantly, the champ would raise her fists in the air as she soaked up the roar of the crowd. Smiling confidently as she posed for the fans, Mako would take her time before settling in her corner. Feeling eager to get her hands on Sierra, the shark would bounce on her toes as her nerves were bursting with adrenaline!
_________________
Caboose's Friends List

For a usually impassive and stoic woman to those that didn’t know her, Sierra couldn’t help the flood of nervousness that was threatening to overwhelm her at the moment. This was her first championship match, and not just a small title either but the world title. Simply just being here was a massive boost to her already rising reputation.

But if she won. Then she would’ve reached the peak of the mountain only a few months into her career. The thought of holding the belt was a dream come true for the Egyptian. She just had one final obstacle before she could reach it. One final tough, yet incredibly hot and slightly embarrassing obstacle.

Sierra had tangled with the blonde on numerous occasions, but none of them were in an official setting such as this. And they usually devolved into less wrestling and more screwing the others brains out with whatever was on hand. And usually not even in a ring, but a random location.

Sierra had been the victor of their last bout. One that saw the Egyptian knocking mako out not just with her fists, but with slightly more…heated means. A thought that still brought some heat to her face. Nevertheless it was still a hard fought battle, and Sierra knew this match would be no different.

A knock snapped her out if her reveree and Sierra knew that was the signal. Adjusting her special attire one last time, the Egyptian left the locker room and made her way to the gorilla position. Her music began to blare out as she stepped through the curtain and showed herself to the audience. 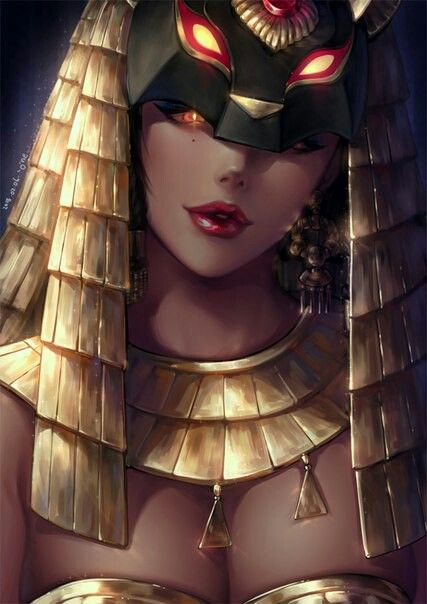 The Egyptian wore a golden and black headdress of Anubis. Her usual white attire was replaced with a golden top and black shorts. Her gloves and boots were the same mix of black and gold and the Egyptian glittered with each flash of the many cameras in the crowd, all taken by her incredible attire.

Climbing the steps, she entered the ring where she saw her opponent. Giving a smile through her bright red lipstick, Sierra slowly lifted the headdress off her head and handed it to one of the nearby stage hands. She then leaned back against the corner and waited. “Are you ready for this. I don’t intend on leaving without that belt.” she smiled.
_________________
RINGROPES RINGROSTER
https://www.afwrpg.com/t20768-ringropes-ringroster#552569