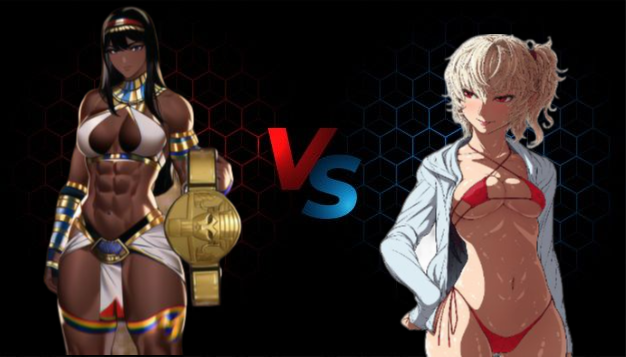 Olivia stretched out in the middle of the backstage area, much to the equal fascination and dismay of the stagehands and production staff for the event as they navigated around her while sneaking furtive glances at her toned, scantily-clad body. She smirked as a pair of interns gawked openly before being yelled at by a harried technical producer. She finished up her stretches and waited for the opening notes of her entrance theme before strutting her way down to the ring, to a mixed reaction of cheers and boos. She climbed into the ring and awaited her opponent, looking around at the impressive spectacle of the event arena as she whistled to herself, lounging sensually in her corner.

She had heard once, that the first defense was the hardest. Everyone was gunning for you, everyone was after you. After the title and the belt she held. Both figuratively and literally. And now, it was time for Sierra to try her damndest to not allow that to happen. To make sure that the gold she held, would remain in her hands by the time the night was through.

Hearing a familiar knock on her locker room door. Sierra allowed herself to make one last calming breath before she stood up from the bench she sat upon, and grabbed the item she was about to put on the line. And then she was out the door, her face passive yet her eyes determined as she made her way down to the gorilla position. Stage hands and backstage employees looking at her and whispering to one another with both awe and fear. 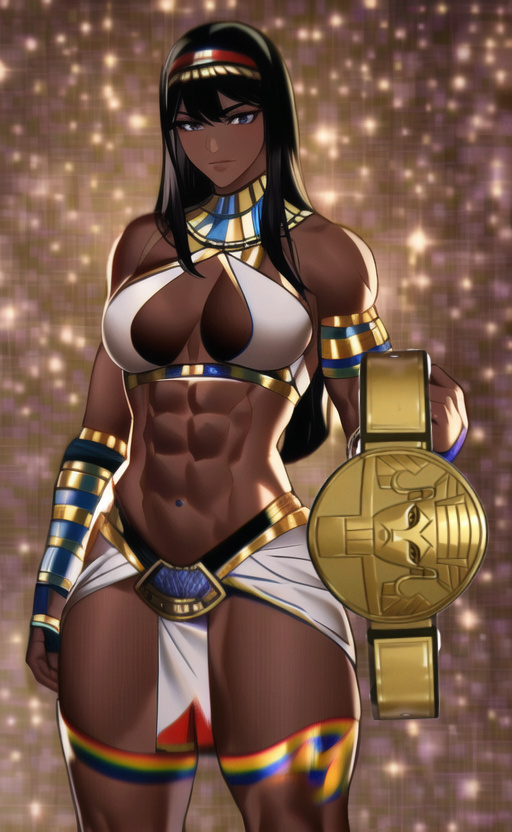 Her Theme had just begun it’s first few notes when she stepped into the arena. A flash of pyrotechnics shooting up as she stepped out onto the stage and held aloft what this match was all about. Her world championship title belt. The proof to all that Sierra Oasis was the one and only, tension champion!

And now she was going to put it all on the line to defend it.

Resting the golden belt onto her shoulder. Sierra would make her way down to the ring. Her eyes looking at the two sets of ladders that sat outside of the squared circle. If she wanted to win, she would need to get those in the ring quickly and snag the belt before her opponent would be given the chance.

Of course that was a point that would be easier said than done. But the Egyptian was nothing if not determined, or stubborn depending on who you asked. So after climbing the steps and entering the ring, Sierra would once more raise her Belt high and proud for all to see

All the while staring daggers at the scantily clad blonde that leaned casually against the opposite corner.

Before anything could happen however, the referee would step in and ask for the Egyptians belt. Which Sierra respectfully gave before stepping back to her own corner. The referee meanwhile would show off the belt one final time whilst the announcer laid down the rules for the match.

And then, a hooked wire would come down to hang just slightly above the ring. With practiced grace, the referee would attach the belt to the hook and then signal for it to be raised. And Sierra watched as her belt was pulled up high into the sky before stopping a great many feet above the ring.

Now the only way to get it was with the ladders outside. But first.