Other Attributes:
Valerie is an accomplished shoot fighter and bodybuilder who has entered the independent wrestling scene, making quite a splash. She is a natural born fighter, blessed with both impressive physicality and charisma. Taking her aesthetic to heart, she wears her "rabbit ears" even in public, rarely if ever breaking character. In the ring, she takes to her role as a Heel rather naturally, taking cheap jabs at the crowd and reveling in their jeers. She is one of few words but is great at delivering what she does, and is adept in establishing dominance in the ring over her opponents with her intimidating and often infuriating presence. She fights with reckless abandon, never one to be fancy, she doesn't even claim any names for her moves. To her, such a thing is unnecessary, believing herself to be above such triviality.

Favored moves:
Heavy-handed strikes, brutal throws, and dominating rest holds. She also makes liberal use of the ring itself as a weapon, pushing the envelope of what will and wont get her disqualified.

Visual Appearance: (Rabbit ears are part of costume, removed after entrances and such) 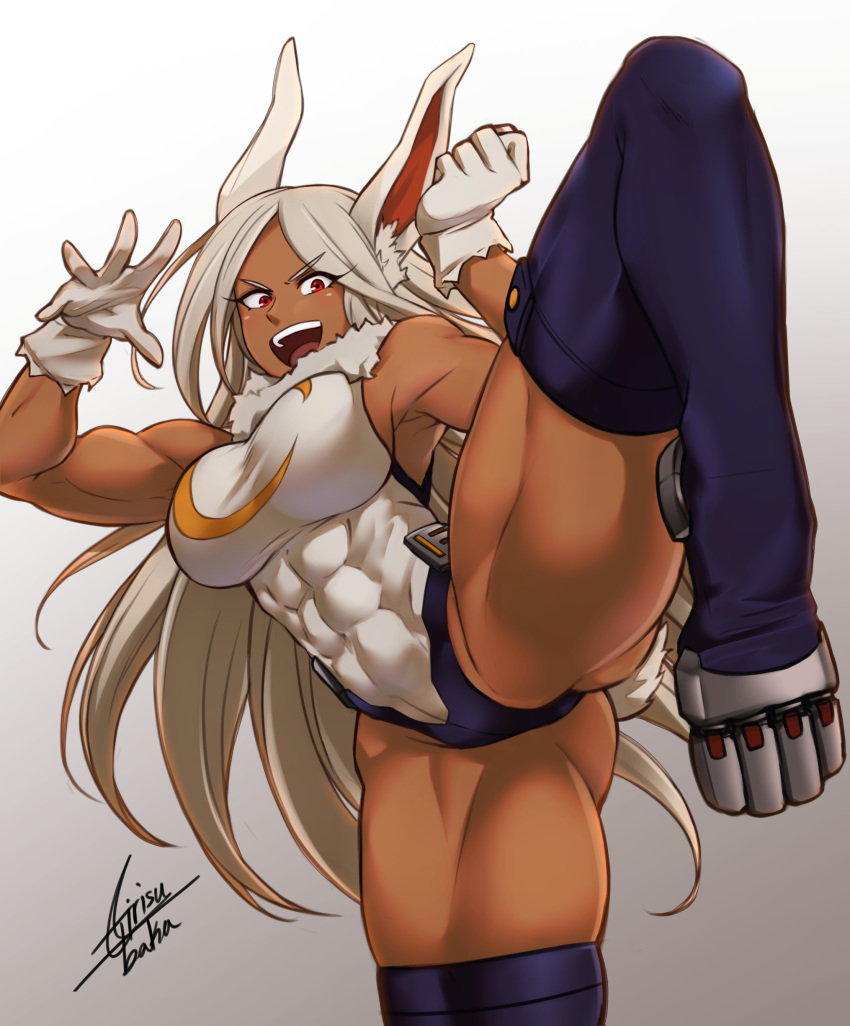 Personality:
Having grown up pampered and being provided with everything she needed, Valerie was at one point rather spoiled and self-centered. That all changed with the sudden death of her parents. After moving in with her less well-to-do relatives and attending public school, a tweenage Valerie quickly developed a mean streak and contempt for those around her, believing herself to be better than everyone else.

In truth, this was simply a means to harbor the grief she kept hidden away, and in private she was a much gentler soul, using much of her inheritance to raise rabbits, devoting much of her spare time to their care, while training her body and practicing kickboxing with every other waking moment she could spare. Utterly devoted to her passions and hot-blooded to a fault, Valerie is a woman of absolute dedication to everything she takes pride in.

As an adult, Valerie became enamored with the athleticism and grandeur of pro wrestling, and put her pride aside to begin training in a "lesser" indy fed for some time. It was here that she learned to crank her personality up to 11, become a caricature of the more mean-spirited facets of her personality, devoting herself to her natural heelwork.

Past/History:
Valerie grew up in a rich family for much of her youth, but lost her parents in a plane crash. She moved in with a guardian appointed by the family in the event of such an occurrence and was entitled to a great deal of the family's wealth once she came of age. She used this wealth to eventually pursue a career in wrestling, adopting a "white rabbit" persona due to her love of her own pet rabbits, for which she collects. She is a devious heel that will do whatever she can get away with, and loves getting a rise out of crowds.