Well what kitten seams to be describing is what we called a "complete action sequence" when I used to do T1 comon logic multi para rp battles.

Of course, I haven't done that in YEARS, which explains why I had incomplete action sequences, and a few auto hits where I figured "well, it is just logical the attack WOULD hit."
_________________
--I'm not back. This is a VERY limited engagement, an exclusive. I'm not doing other threads.--

Your writings and head are disordered and mixed up, so that it is exceedingly annoying to read and difficult to remember what you write.

I have been her for a few months now, and done a few rp and had a few matches, got a handful of character as well, so if the people could be kind enough to tell me what I should work on to become better then i would be most glad.

Wait wait. We do fighting here?

No, WE do. You just show up occasionally and make references to the fact that you don't otherwise post.

So we've got Bean, then Drake, then Lunarwolf. Consider Bean tackled.

Next, Drakage. Lunarwolfy will have to wait his turny. Mind you, I won't actually be doing the work of reading stuff and thinking about it and trying to come up with something helpful, at least not right now. I don't have time. But when I do...

Eh, smarm and self-reference is the only schtick I got.

Viralsurge_24! Good that you want to get better at stuff. I like getting better at the things I do too.

So Drake Ishikawa, eh? I won't lie, I hate pics, because they never really represent the character, unless they were drawn specifically to be that character. But because I'm like that I'll point out that your guy is listed at 6'4" 250lbs, which would make him big among other big guys, especially at only 21 years old. The pic looks like 170-180lbs at best, even if he is crazy tall. I guess if the aim is to make him a huge, power-dude, then maybe find a more suitable pic? Anyway.

I generally don't bother to bring up stylistic things, because you're perfectly free to make whatever sort of character you want. Lots of people here tend toward the videogamey toned peoples, so you'll be in good company there. One thing I will pick on, though, is the idea of 'berserking'.

In short, my recommendation is don't do it. Devices like that are really really difficult to pull off, and they carry a big risk of ending up contrived and cliche. Also, it tends to be sort of a failsafe, where you can flip the switch with the character when you decide you want to 'win'. I think if you're having trouble making him into someone you're happy with, simplify first. Instead of going for outlandish devices like the werewolf thing, make him more normal. Think more about his personality and what he feels in situations and how he reacts, and less about the more grandiose action movie-y sorts of stuff.

I think this little subculture we have here tends to have a lot of introverted, somewhat antisocial people. It's unsurprising that so many characters would sort of reflect that antisocial tenancy... It's neither good nor bad, but to make a character believable like that, you'll have to think through why he acts the way he does, what his motivators are, etc. On paper, you can pin labels to your characters, but in practice when they have to behave like real people those labels have got to represent something that isn't just skin deep.

I don't know if any of this is coherent. But I think there are some buzz words that pop up a lot that you should generally avoid, and only use if your character can support them well. Like characters who are shy and sensitive and adorable, but then when they fight they become cold and calculating and pwn everyone. Also, be aware that a character's antisocial tenancies are only a device that affects their social interactions. You can't have them actually successfully avoid social situations, otherwise there's no RP.

Lastly I think everyone's main character has a bunch of themselves in it. There's nothing wrong with that, it's only natural. You write what you know, and you feel most strongly about things like yourself. But be careful to draw the line between a character who's an empty vessel for you to fill with your own personality, and a character who is a distinct, independent entity who happens to share some experiences or characteristics with you. To make a character really work in written form, it has to stand on it's own.

So I guess if you're still unhappy with Drake, write him again from the ground up. Try to make him less impressive, less unique, and more of a regular guy. Mind you, I'm not saying make him completely unremarkable, that'd be dumb, but characters are much more interesting when they are believable human beings who do interesting or significant or awesome things. They aren't so great if they're just forces of nature who do what they do without feeling or vulnerability. Like Batman! Batman is awesome. He's in general pretty believable as a personality, and as a fallible man with limitations. He's also kind of a dick.

Anyway, I guess a good rule of thumb is to try to be a character actor, not a leading man. Your guy may be the main character in his own story, but not in anyone else's. Hope at least something I said made sense and was helpful.

Link a thread here that you think is a good example of your writing.

Okay, i suppose these four are good examples of my writing ^_^


Edit: apparently the two links before went to the same place, ehmmm...sorry well here we have a few more matches and stuff.

[quote="Bluemouse":16oqjs2s]No, WE do. You just show up occasionally and make references to the fact that you don't otherwise post.
Someone call?

In the event that I did post, I don't think I would ask for critiques. I don't handle criticism well. I acknowledge that. Will I change? I'm a stubborn, whiny, little cunt, of course I won't. 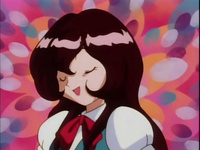