Courtenay Astley vs Kazuma Satou - Dare To Be Bold

Courtenay Astley vs Kazuma Satou - Dare To Be Bold

Match Rules: Collar (To win you must place a studded leather collar around your opponent's neck. Loser becomes a POW)

Courtenay would admit, she was annoyed. Mostly because it had taken so damn long for those Tension higher ups to finally give her some action at this place. She had made the trek alllllll the way from Britain to take part in this den of domination while setting up her own burlesque house to provide the good citizens of Kyoto with her brand of Western deviancy, needless to say it had been booming but Courtenay was keen to expand and the best way she reasoned was to get into Tension and show what she could personally do as the Machiavellian Queen. Finally the numbskull higher ups finally realised that Courtenay was an asset indeed to the roster and gave her a match, against this man called Kazuma Satou.

The English dom had heard of this man, been doing quite well for himself by the look of things. He beat some circus harlot awhile back, Beth or whatever her name was. Well Courtenay would gladly indulge this boy, to show him a taste of what a real woman does in the ring. The match rules made her lick her lips in anticipation, she'd most likely make Kazuma have a nice, relaxing shift at her manor as a consolation prize for having his freedom be placed in the hands of the Machiavellian Queen. Currently Courtenay was sitting in her locker room, being tended to by a couple of her most favourite servants a pair of twins with black hair and black floor length robes. One was using a giant feather fan to cool Courtenay whilst the other massaged her bosom slowly~ On the other end of the locker room stood Isabella her ward, the head maid would simply say to Courtenay "Do I have to be here? You know I prefer not being out the mansion at all if need be, is that manager you hired gonna be any bloody use?"


To which Courtenay would stand up and place a finger to Isabella's lips and reply with "Language Isabella. No need for that tone. Yes the mansion will be fine, I have brought you here to make you learn a thing or two. That you can actually go outside, but also importantly you'll see me demolish someone and you will understand what it means to have someone in your clutches. I might let you borrow him afterwards if your lucky~" 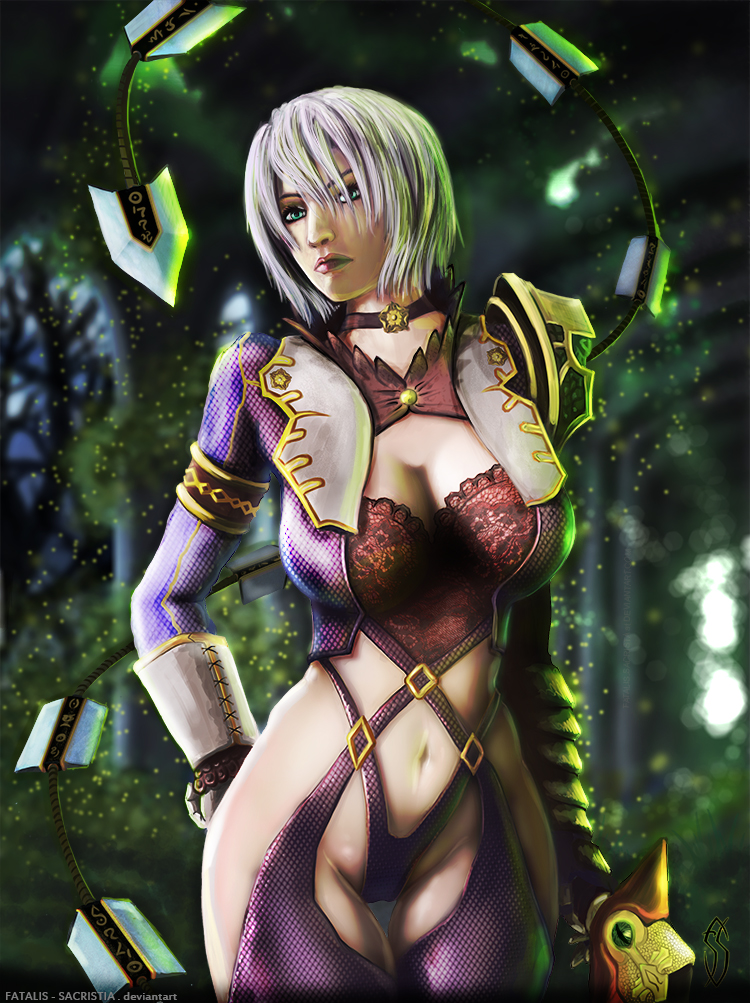 The Most Loyal One said nothing to this and merely nodded, regardless it was time to make their way to the ring. Courtenay would gesture for her servants to follow, after a short walk they'd stand by the entrance curtain. Whereupon the song known as Face Your Fate would begin to play, after the 20 second mark Courtenay strode forward out of the curtains leading her two servants with a collar and chain setup to tie in with the motifs of the match. Isabella stood beside her in stoic silence despite her disdain for the location, the group strode towards the ring with Courtenay bearing an evil little smirk. It seemed quite a few fans already knew of the Astley's thanks to visiting their little domain as she heard yells of "Please step on me Lady Courtenay!" all too easy~

After making her way to the ring Courtenay would point to her corner and yell "Chair!" to which one of her servants would get on their hands and knees near it to allow the Machiavellian Queen to rest upon their back and sit cross legged. Isabella simply stood near the outside ring corner with her arms folded, glaring daggers at people behind her black cloth veil while the other servant took what appeared to be a small black bag from the folds of their dress, the contents were unknown as it was because the wearer of them would shortly be making his way down to the ring soon surely~
_________________
Check out my wrestlers here, but PM me for match requests.