Strategy: Wear down her oppoent through strong, hard hitting grapples and painful submissions. As well, to humiliate her opponent through demeaning moves. Will at times use more dirty tactics to win. One of such is to instead of using her large breasts as a smother, she will actually use it to hit her oppoent in a rather embarrasing way.
Style: A strong grappler whom likes to go down dirty. Not afraid to use aerial or sexual attacks on oppoents.

Strikes: 4.5/5 Her striked can inflict massive pain, doing damage like a freight train to those unaware of her.
Submissions: 3/5 Average, using her sheer strength, assets , and size to crush and make her oppoent submit to her will.
Powerhouse:  4.75/5 Trained as a power lifter, there isn't much that she can't do.
Aerial: 2/5 She can do them, but otherwise they just arent much her thing, unable to do more complex moves that more high flying wrestlers could.
Counters: 3.5/5 Average wise, she tanks more hits than anything else.


Finishing moves:
-Hard Landing: A modiefed belly flop, instead using of course her breasts to squish and humiliate her oppenent with a crushing squash. It is also risky, putting her self at heightened risk due to her size and weight, but extremely effective when it connects.
-Vivia la Revolution: Ragna will grab the opponent and set them up as if for a powerbomb, but instead of going straight into it, she will spin around before quickly moving straight into complete the move, going for a pin attempt.
Arc de Triomphe: 3  vertical suplexes, Ragna holding for each one. 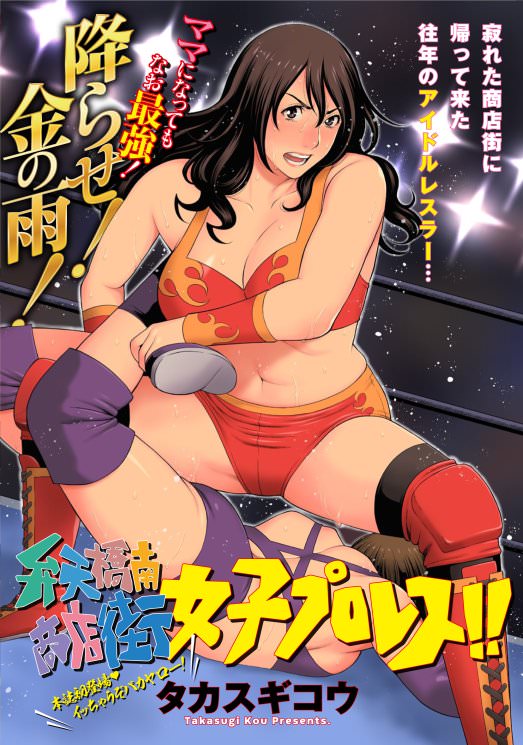 Personality: Rough and tumble, Ragna is a born fighter whose personality is as big as her. She shows this in ring with large displays of her strength and power to not only dominate her opponents, something she loves to do and woo the crowd as well. Her cheating comes from a will to win at near all costs fostered at a young age in the collegiate wrestling scene, all the way to the female collegiate wrestling scene.

However outside the ring and out of her costume, Ragna is actually far more normal in comparison. Kind and of good heart, she is the opposite of her rather tough personality.

Past/History:Ragna was born to a small family in the French country side outside of the city of Paris. Her father ran a bakery on the first floor of their home while her mother was a florist selling flowers in the garden out back, the small family of three living on the second floor happy and content. A standard education through most of her life with little to no issues financial or otherwise led to a quiet and happy life.

It was during her High School that she grew an interest in female wrestling, joining the collegiate groups and quickly rising in her circuit to top spot picks, going into college on scholarship. She quickly developed a sort of mean streak in which the collegiate wrestler would go far rougher than what was needed of her to win in tournaments. It was her dream to compete in the Olympics but such an event would never come, an accident outside the mat from a bad fall damaging her right leg in a permanent way that would hinder her dreams. It didn’t stop her however from being a coach to the French team. One of her fellow coaches, a spotter for the AFW had took interest in Ragna, inviting her to take up some tryouts in the smaller affiliates where she slowly grew into Hell persona of a rough woman ready to win at all costs.

Re: Ragna Lemoine the "Crushing Beast"

1.)Ragna Lemoine (W) vs Athena Wonder (L): Athena is beaten by Ragna in her first real match in the AFW, claiming such over a hardened vet. Rivalry has flared now between her and Athena's daughter.

2.)Ragna (L) vs Eirina (W): Ragna is thwarted by a smaller opponent that uses her medical skills to dismantle the French powerhouse.