Search
Latest topics
» Poll regarding the possibility of Mods booking PPV matches.
by M.J.Caboose14 Today at 3:38 am

» Kanon Sonozaki vs Amber O'Finnegan
by Edmund Today at 3:16 am

Taking a long shower, thinking up his game plan and strategy, he would afterwards change into his CK grey wrestling briefs and put on black polished leather wrestling boots with matching knee and elbow pads to gear up. He was staring at himself in the mirror, tapping his cheeks to hype himself up. "Come on, she's just an idol. This time, I'm going to pick up the win." he said to himself. When the hour was upon him, he heard a knock on the door which signaled it was time to head out.

The prince would make his way out to the gorilla position and once his theme cued he would head on out to the AFW Tension arena. Making his way down towards the ring, Daisuke had a more determined look on his face than the cocky one had during his entrance in the first match. He stepped up the steel steps before making his way into the ring, quickly heading to the middle of the ring and started to do some light warm-ups and stretches while he would wait for Hagiwara to make her way down to the ring.

Loosening up his arms and jumping on his heels, Daisuke was eager to get this wrestling match underway so that he could show to the crowd and prove that the first match between himself and Sakura was a fluke victory for the former Sweet Diva Idol.
_________________
Tension:

While her last putting in this three match series hadn't exactly gone as smooth as she may have liked, in the end she managed to squeak out a victory over Daisuke Takeuchi. It had been an embarrassing but valuable experience to tangle with the self-proclaimed wrestling prince in oil but she was happy that tonight's venture was going to be more straightforward. It was pretty clear to her that their first encounter had been designed to be in his favor, taking advantage of her inexperience with that sort of match to try and secure an easy win… maybe that would have worked when she was first starting out, but after here time in Berserk, the idol wrestler knew a thing or two about not backing down and seeing her matches through, even if all seemed lost. Tonight, he was going to get a good taste of what she could actually do… she didn't think he was ready. 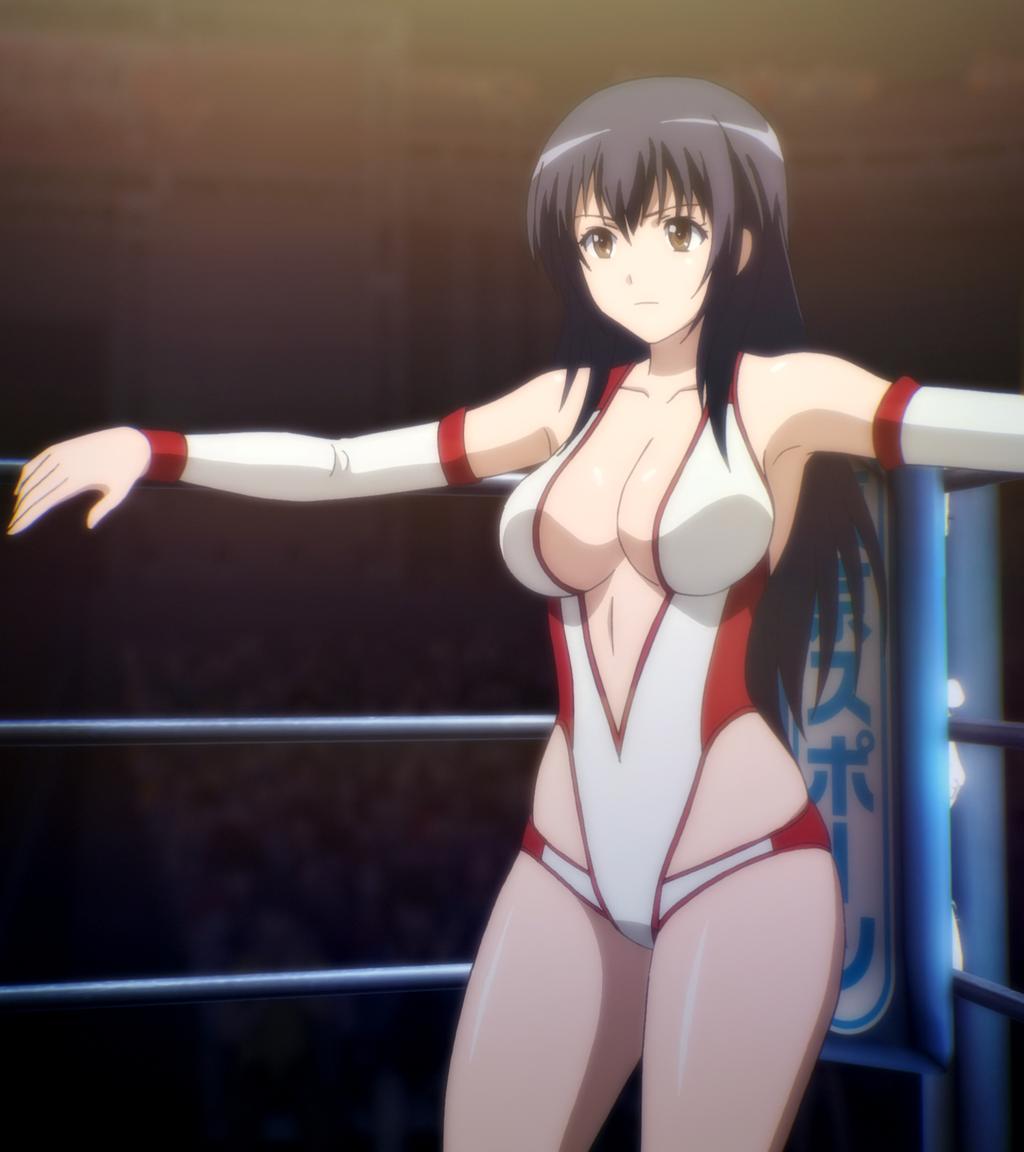 Sakura Hagiwara came charging through the curtains onto the stage to a deafening roar of the crowd. The idol known round the world was an obvious can favorite which was easily seen and heard from the audience rising up to about and cheer for Sweet Diva's own lead singer. Signs for herself, for Berserk, and Sweet Diva littered the crowd, bobbing up and down through a sea of cheering bodies. Her following was fierce and loyal, coming out in mass to show their support ever since news she joined AFW hit the presses.

Dashing down the ramp, she stretched out a hand to clap her palm against outstretched high fives, making sure she got as many as she could. Bounding up the steel steps, she planted her hand on the top rope and vaulted over to land easily with silent grace. Throwing a hand up, fingers parted with a V for victory as she shouted her thanks out to the crowd. With loud pops, an explosion of red and wilhite streamers were fired off from the ringside area to flutter through the air and into the ring. She held the pose with a wide smile until the last paper streamer settled, turning her attention to Daisuke where a bit of her glowing charisma gave way to a more stern and serious look.

"I hope you are ready for a real battle this time. No oil here to slip me up anymore." Sakura gave him the smallest of nods, a simple acknowledgement from one wrestler to another. She cuddled with her wrist bands and shifted her weight from side to side, bouncing lightly on the balls of her feet. "Looking forward to see what you can do… but don't think I've forgotten our last match." The idol gave a casual warning, still looking for a measure of justice for some of his last transgressions in the ring. Him trying to smother her with his crotch and the dirty trick he used to blind her for the last leg of their first match, specifically. Matters like this needed to be settled in the ring with a bit of tough love and she was more than happy to collect on that had karma here tonight.
_________________

Feel free to toss me a PM or IM on Trillian to chat.
Back after some irl stuff as of 10/14 will be working on catching up again.

If Sakura thought she was the only one who was at a disadvantage in oil then she was severely mistaken. It was true that Daisuke did in fact had more experience in oil than Hagiwara but he was still considered a novice at it despite his best efforts to get better. Now, both wrestlers were in their comfort zone and it would certainly be a more intense battle which Daisuke was more than ready for. This time, he would not make the same mistakes as he did in their oil wrestling bout.

Patiently awaiting the former Sweet Diva Idol, eventually Hagiwara would make her presence known much to the cheers of the crowd. The fan favorite female wrestler made her way down the ramp towards the ring, acknowledging the fans and posing whilst on the top turnbuckle. Daisuke would roll his eyes at the display of showman ship and would fake a yawn in disrespect. When she hopped off the turnbuckle and turned to face Daisuke, the prince would get a bit serious.

Walking to the center of the ring, Daisuke had his gaze fixed at Hagiwara who acknowledged him with a nod followed with some words. "I couldn't agree more, Hagiwara-chan" he said in response to her first comment. "Its good you haven't forgotten about it because I had plans to remind you of it" he taunted.

The referee would make sure the two were at a distance before ordering for the bell to ring. *DING*DING*DING*. As soon as it did, Daisuke would bring his arms up and slightly bend his knees whilst circling his opponent. His eyes were fixed on Sakura whilst he contemplated a maneuver but was willing to take his time to strike when the time was right and was not rushing into things.
_________________
Tension: