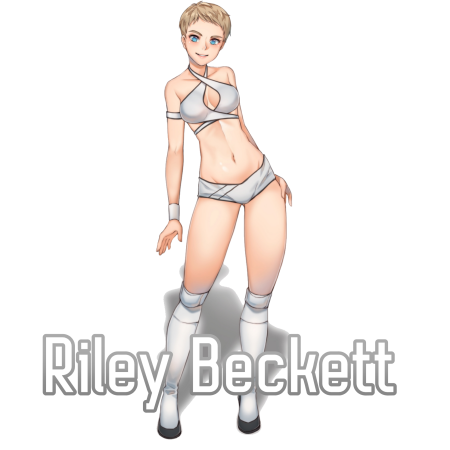 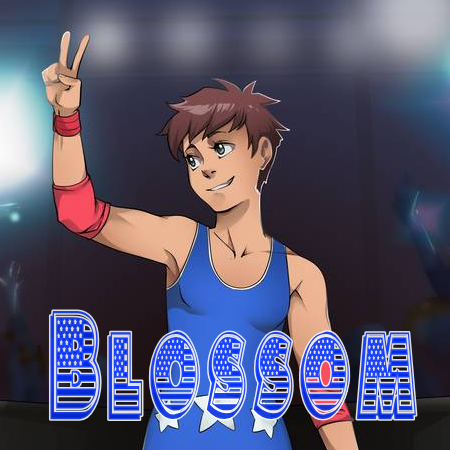 Match Type: Standard
Victory Conditions: Pinfall, Submission, or KO
***
It was easy for Blossom to forget how much she loved wrestling. She didn’t get the chance to do it as much as she would’ve liked to these days - with her record not exactly being the greatest, she was rarely called for matches, and when she was, they were mostly dark, untelevised, low attendance affairs. Needless to say, Death Bunny tended to be the main breadwinner between them these days, with her career taking off and gaining more popularity by the day.

Not that Blossom minded that, not in the least. She was happy that her girlfriend was doing so well, and getting the recognition she deserved. But there was a real part of her that missed the lights, the crowd, the...everything of it. She trained so hard these days, and didn’t have much of a chance to put it to good use.

So, when management asked if she’d like to participate in a debut match, she jumped at the chance without a second thought. She knew the reason they wanted her for it, of course. They thought of her as jobber fodder, a good match to start their new talent off, an easy win.

Blossom didn’t mind that. It was just an opportunity to prove them wrong.

So, as her music played, she came down the ramp with her head held high and a smile on her face, not the least bit bothered as she rolled into the ring. The audience had a lukewarm response - some happy to see an old returning face, some not caring in the slightest, some wanting the squash match to be over so they could get to the real talent. She pushed it all aside as she popped up to her feet and started stretching in the middle of the ring, getting nice and limber while she waited for her opponent to come out.
_________________

Backstage, Riley Beckett, the Irish-Kiwi, paced back and forth, checking herself in the mirror, making sure her outfit was on snug and tight. Everything had to be perfect tonight. Her looks, her attitude, her performance. She had to show everyone just why she was the peak of physical condition, the peak of athletic ability, and the best way to do that, was to look amazing, and kick a lot of butt. She was nervous, sure, but she couldn't let that phase her, whoever she was facing tonight, they were going down, the hard way, she would not, COULD not be a failure in her first official fight in the big leagues!

Standing in front of the mirror, she went into a stance, and began to do her Haka, that she had seen from traditional Maori people growing up back home in New Zealand, using the chants and movements to hype herself up!

Finally ready, and hearing her music play, Riley made her way to the ramp, running down the ramp and all the way to the ring, hopping up from the floor to the ring apron in a single bound and, with the ropes as leverage, jumping over the top rope and landing on the mat, all without so much as breaking a sweat or running out of breath.

Standing there, ignoring the crowd of generally out of shape people, she focused on her opponent. Hmm. Bit on the scrawny side...but appearances could be deceiving and all. Being polite, she waved in greeting, speaking in her Kiwi accent. "Heya! Riley Beckett's the name! You ready to get a walloping!?" she asked, clearly confident in her ability!
_________________
Check out the recently revamped Roster Page, now with pics!

Blossom found herself like Riley right away. She’d never seen this woman in action before, but the moment she came out from behind the curtains, she could tell there was some real energy with her. Right away, she was happy that she wasn’t up against one of the more hardcore wrestles on the roster - it seemed like everyone was so edgy these days, so mean, there was no telling who they’d put you up against.

Riley had a nice look to her. Cute. Athletic. She really liked the hair and the smile and the whole outfit. So, while that wasn’t a foolproof way to judge someone - especially in the AFW - it bode well.

”Blossom Fields, nice to meet you!” She extended her hand, looking for a shake, but ready to pull it back in a second if anything funny happened. Could never be too safe, Bunny always warned her about opening herself up like this. ”And yeah, I’m ready! Not for the walloping, I mean, but I’m ready for the match.”

Riley stepped forward, closing the distance between herself and Blossom, reaching her hand out to accept the offer of a handshake, clasping onto Blossom's forearm and giving an enthusiastic shake. "That's the right attitude! No reason a couple of ring warriors can't be friendly, you know what I mean?" she responded, breaking the grip and looking Blossom upside down.

"Whew...you are a right gorgeous ripper, you know that? Last time I saw a girl as hot as you and in such good shape, I was looking in a mirror! What's your routine like, tell me!" the kiwi exclaimed, while stretching her body, putting an effort to show herself off to the audience as much as she could while getting nice and limber for the match!
_________________
Check out the recently revamped Roster Page, now with pics!

Blossom liked Riley immediately. Granted, this wasn’t a huge accomplishment - she liked pretty much everyone right away, and Riley wasn’t even close to her record on that front. But even so, she found the woman quite pleasant. A winning smile, bright eyes, a funny but cool accent that made her a little jealous, frankly.

”I...don’t know what a ‘ripper’ is, but thanks!” She smiled and bounced on her toes, waiting for Riley to stretch. She was given a neat question to answer in the meantime, too. ”Oh, I do a lot of things. Three miles a day, minimum, 400 flights on the stairmaster, a few circuits around the gym, about fifteen minutes on the rope pull, situps to exhaustion,  stuff like that.”

The referee moved between them and motioned for them to get ready, holding up her arms and preparing for the bell. Blossom slid into her classic grappling stance, knees bent and arms out, eager to get this thing started, growing more excited by the second. ”Where are you from, by the by?”
_________________

"I was born a Kiwi, from New Zealand actually, but then I spent most of my youth living in America. Kept the accent though at least! Sounds like you put in a hell of a workout! I respect that. Hoping you give me a great workout here too, gotta keep this hot body of mine in the best shape possible!"

Riley had only known this Blossom girl for a few moments, but had to admit, she was already starting to take a shine too her. Great body, great shape, fun and pleasant attitude. If her wrestling was as good as her personality, Riley might be about to have a good workout indeed!

She got into her own wrestling stance, arms up defensively as the bell finally rang, causing her to slowly step out, circling around the other woman, looking to test her by diving towards one of her legs to try a single leg takedown right off the bat!
_________________
Check out the recently revamped Roster Page, now with pics!

Blossom held her position as the bell rang, not wanting to be too aggressive right off the bat, and she was surprised to see her energetic opponent had much the same idea. The two of them moved into fairly similar stances, traditional and primed for grappling, and the finesse in her opponent’s form wasn’t lost on the Pint-Sized Pennsylvanian. Her footing was solid, made sure to keep a good base, didn’t have her arms out too far. She couldn’t see any of the typical mistakes women in the AFW fell into - a solid, flawless stance.

If Blossom wasn’t eager to see what Riley could do before, she sure was now.

She wouldn’t have to wait too long to have her hunger sated, either, because Riley came in low and fast, going for her leg. A single leg takedown, and one that would’ve made her old coach proud to see. Good fundamentals on this girl.

That being said, Blossom knew how to handle it. As Riley went for her leg, she brought it away, moved it just out of her reached. At the same time, she tried to capture her with a headlock, gripping it tight and coming down on her from above, hoping to pin her to the mat and take a dominant position.

Riley had to admire Blossoms own stance. Everything about it, her position, how her body and legs bent, how her arms stayed close, screamed that she was an experienced amateur wrestler, and could probably wrangle most other girls to the ground.

Her attempt at a takedown was risky, but she felt it was worth it, trying to take her leg to see how she'd react.

She wasn't disappointed, as the moment she went down, Blossom stepped back and dropped down, catching her around her head in a front facelock. Not wanting to stay caught, Riley grabbed the woman's wrist, trying to separate Blossoms grip so she could twist the arm and her body around to apply a hammer lock on the woman!
_________________
Check out the recently revamped Roster Page, now with pics!

”Nuh-uh.” Blossom shook her head and clamped down on the facelock, keeping Riley well under control. ”Nice try, but not nice enough, sorry.”

Being a little too cocky, she knew it, but she couldn’t help herself. It had been way too long since she’d even had the chance to do stuff like that. No harm in milking the moment.

Riley was no slouch, though, a fact that Blossom learned when the woman picked apart her move and made a quick escape. The quickness took her off guard, and the next thing she knew, she found herself locked up in a tight hammerlock. Good fundamentals, there, great execution.

”Okay, okay…” Blossom moved to the side in the hold, testing how well Riley had it applied, before she made her next move. ”Let’s see if I can just…”

She twisted her body around, reached over with her free arm, and tried to snag Riley’s head, attempting to capture her in and bring her down to the ground with a swift headlock takedown, one that would break her out of the hammerlock in the process.

Ha! Got her! Sure this was just the start of the match, but Riley was already immensely proud of her basic wrestling skills, luckily applying the hammer lock hold on Blossom.

She was cut off, Blossom finding a way to slip right out of her arm hold and bringing her to the mat with a rolling headlock, planting her on her back with her head trapped. "Ugh!"

Not wanting to stay caught, Riley kicked her legs up, trying to wrap her legs around Blossoms head to pry her off!
_________________
Check out the recently revamped Roster Page, now with pics!