Search
Latest topics
» A Siren's Domain (For Scourger)
by Scourger X Today at 8:23 am

» The Announcement
by HighFly Today at 3:23 am

» Calling out the Champion
by Ringropes98 Yesterday at 11:24 pm

Majima had her first match in afw and isn't Really to keen on showing her emotions and made her way to the entrance area and waited for her music. As soon as it hit she would then dance in her own fashion and make her way to the ring and with Pyro techniques going off around her. She then would slide into the ring and pose for the crowd and then she go to her corner and sit on the top turnbuckle and wait for her opponent.

After her entrance, it would be the turn of someone who also has her debut match in AFW. Yes, the pink-haired luchadora known as Pink Phoenix. Once her entrance song started playing and the lights of the arena turned pink and fuchsia, fuchsia pyro lights on the top of the ramp and a curtain of smoke appeared, then she rolls through them, standing over one knee with both arms extended while she looked at nowhere. After the pyro ended, she gets up and starts running towards the ring to jump and go inside over the second rope, then she kneels in one knee with the generic hero pose, in the middle of the ring.

After that, her entrance would end and the arena lights turn back to normal and the luchadora would step back to a corner while taking off her t-shirt before the match begins. 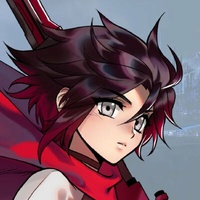 Majima would clap at the entrance the Pink Phoenix then would say "well if we are talking off shirts I will do the same." Majima would hop off the top turnbuckle and make a Thud as she landed. Majima then would reach up and grab the collar off her jacket and throw it off to reveal bandages around her breast as a make shift bra and on her the back a whole back tattoo.

Majima took to a fighting stance with one hand near the face and the other hang down. Majima then slowly moved up to her opponent and was ready to throw down and get the show under way.

After the bell rang, Phoenix would get in a fighting stance but quickly avoided Majima's hand up which was near the face, then she runs at her and goes behind her to take her by the waist with both of her arms wrapping up there in a waist hold, doing some pressure, while both were in the middle of the ring.

Some seconds later, the pink latina girl swapped positions into a side headlock, with her left arm wrapped around Majima's neck and head while kneeling on one knee to give some more pressure.