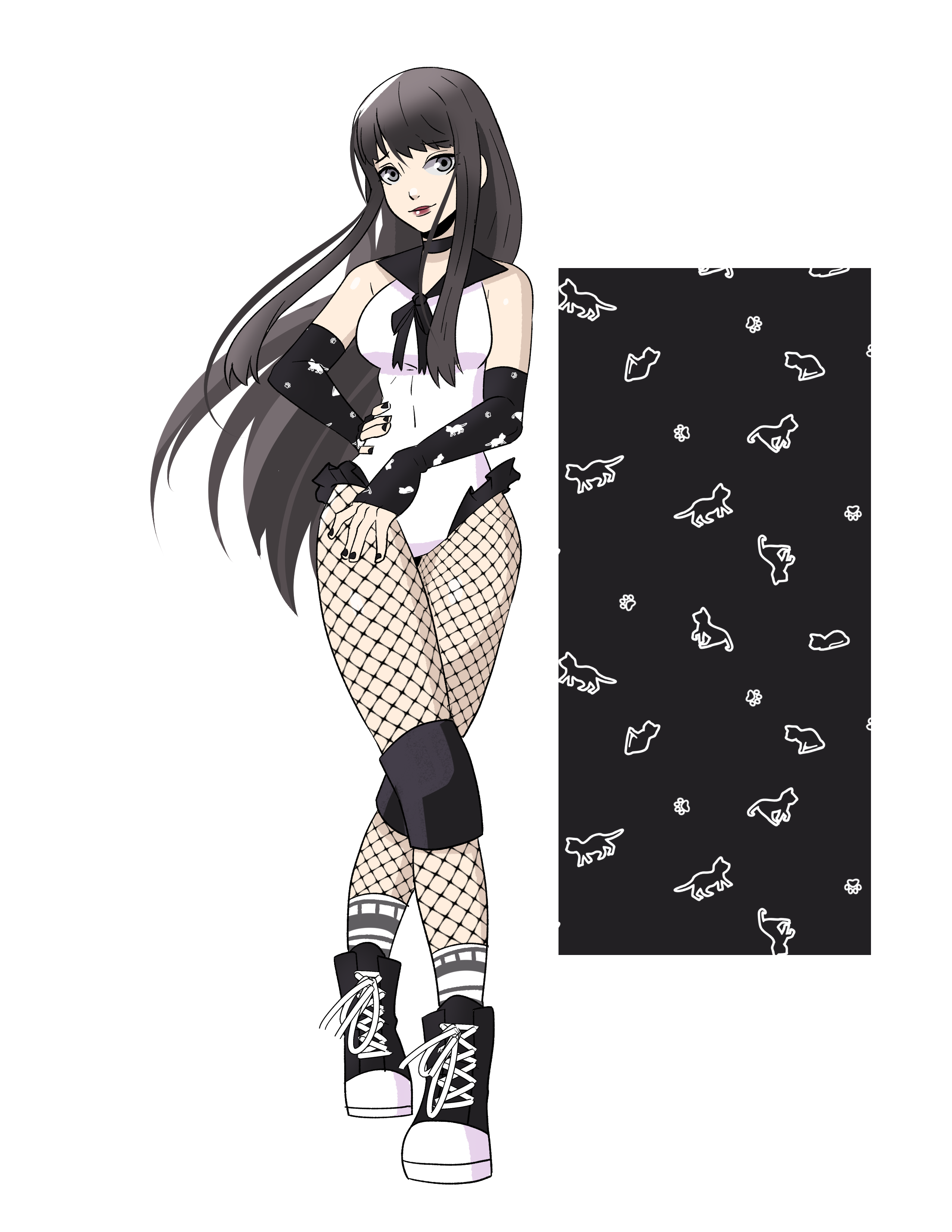 Coming to AFW was a big decision for Phoebe, leaving behind the indie scene. But as a league that has been around for a really long time, Phoebe felt like it will have the suitable competition she wanted since she started to wrestle. The first opponent Phoebe will take down will be Morgan Pendragon, a wrestler who has been around for a bit, and wanted a match. What better way to debut then to take down an already established wrestler for AFW fans. Needles to say, Phoebe was excited even if there was the thing of Morgan being a dissapointment and Phoebe beating her in five minutes.

Phoebe was doing stretches, mainly leg stretches when her music started to play. She then headed out.

The lights dimmed, the spotlight being on Phoebe as she made her way down to the ring to a mixed reception from the crowd. She walked up the steel steps and went underneath the middle rope. Phoebe then headed to her corner, and did a pose as the lights came back on.

Phoebe did some stretches, as she waited for her opponent to come down to the ring.

Similar topics
» Akiha vs Morgan [FWC]
» The Magnificent, Magical Morgan Pendragon
» Escape from Haunted Hill - Magnificent Pendragon vs Scarlet Louise
» The Double Tag Teams! Debut! The Stacy Twins (Debut) vs The Academy (Debut) Cancelled
»  Morgan vs Mika | It's not over until...