» The First Trials of Alois: Alois Trancy vs Enki Gale
by Void Effect Today at 2:37 pm

Yamato Ishii had never felt more personally targeted by a match stipulation than he did tonight. His foot fetish had been common knowledge ever since his match with Chloe Mason, And now he was booked for a match that seemed entirely designed to exploit that, against an opponent who likely would’ve found ways to exploit it even if this had been a standard match. And there was one other issue…

He didn’t feel ready for this, at all, and was looking for someone backstage who might be able to do something about it, when he suddenly heard his entrance music playing. “Shit…” he cursed, before taking a deep breath. “Don’t sweat it, Yamato. Just go out there and do your thing. You’ve got this,” he said, trying to get his thoughts under control as he stepped through the curtain. Mariko might’ve actually been proud of him right now if she was watching. For all the nerves Yamato felt, he was doing a good job of at least not openly showing it. Once at ringside, he pulled himself up onto the apron and stepped through the ropes, calmly walking into his corner to await the arrival of his opponent…
_________________
LARIATO'S LOCKER ROOM

From backstage, Sin watched Yamato make his way to the ring, taking note of every step he took. It was hard to believe this guy was related to Mariko Ishii of all fucking people, couldn't have been further from her if he tried. You could look at him before he said a word and see the naivety in his eyes, that youthful optimism. He wasn’t a seducer like she was, didn’t have a dishonest bone in that body of his…and, being fair, it was a nice body. Not a bodybuilder, but athletic, put together well. Slim, sleek, sexy. Kind of a dopey look to him, but that was a plus in some ways. The naive ones were fun.

And how did such an innocent little flower end up in a match like this? How, indeed. It was almost like someone in booking was working against, had picked this exact match to show him up.

From the shadows, Sin couldn't resist a curling, knowing smile. It was amazing what you could get out of life when your threatened the right people. 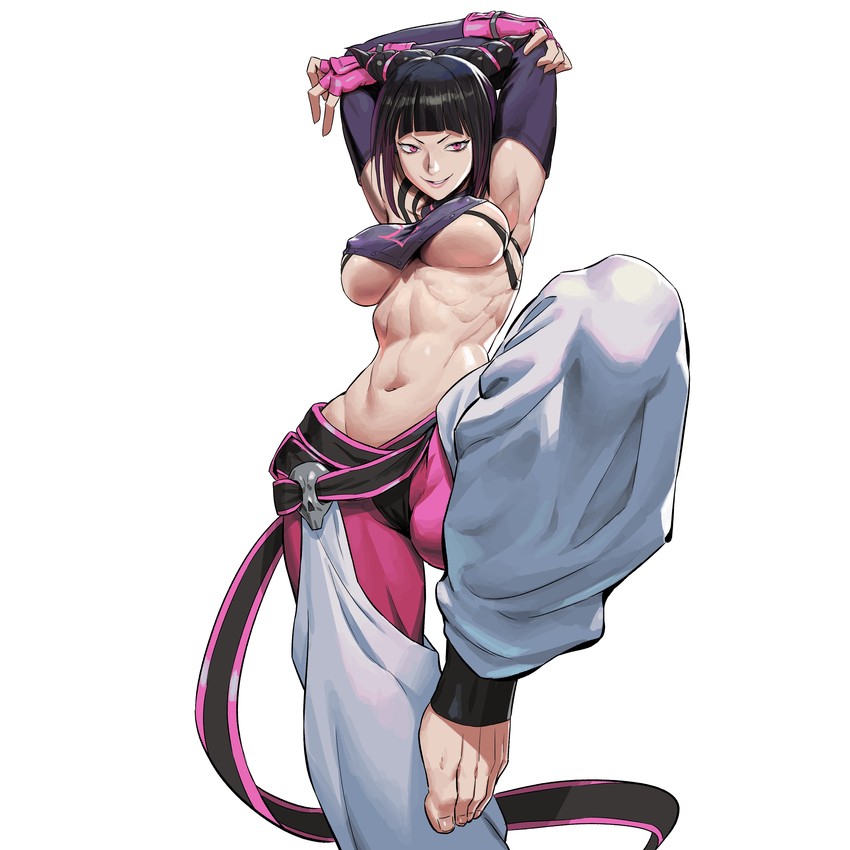 The arena darkened as Sin made her way down to the ring, covering the ramp in shadows. The lights flickered up and down the steel, showing glimpses of the woman as she made her approach, but she was always gone before they could fully settle, moving too quick for them to draw a bead on her form. She was darting around the ring, here and there and gone again, moving through the gloom with ease, at home in the black.

Finally, finally, the lights came back on after a few moments, revealing Sin to be…where? She wasn’t in the ring, wasn’t on the apron, wasn’t in her corner. She wasn’t anywhere in Yamato’s vision, in fact.

A whisper and a lick at Yamato’s ear from behind. There she was, perched on the top turnbuckle in his corner, crouched down and looking over him, ready to pounce in an instant.

Yamato tried to keep himself calm and relaxed when the lights all but went out and the music began playing, but this music wasn’t exactly great for easing his nerves. It also didn’t help that he kept seeing his opponent on the stage and the ramp, but never for more than a split second before she disappeared from sight again. He tried to follow, but his total inability to do so only furthered his anxiety, especially once she started appearing in brief flashes all around the ring. The lights finally came back on, but she was still nowhere to be seen.

“Huh?” he blinked, glancing from side to side, but catching no sign of her anywhere. “Where did she-OH SHIT!” he shouted, jumping and whirling around the moment he felt her tongue and voice right in his ear! When did she get up on the top turnbuckle? How did she get so close without him even noticing? All questions his mind started trying to answer, only to stop when his eyes fell on her mostly bare feet resting on the turnbuckle…

“Ok, good one. You got me. Very funny,” he said, trying his best to play it cool as he started walking backward toward the opposite corner. A gut feeling told him starting the match this close to her wouldn’t be a great idea.
_________________
LARIATO'S LOCKER ROOM

It took everything in Sin’s power to not burst out laughing when Yamato freaked out. She’d seen him in his match with Chloe - several times, in fact, using it to get off a couple of times. Made for great fuel. But just watching it, she hadn't gotten the best idea for how much of a footbitch he was. Sure, he’d gone for them, but drawing men to her feet was Chloe’s signature move. Could’ve just caught him in the mood for it.

But nope - the bell hadn't rang, and he was already staring at her feet, a hungry dog eager for his steak. Goddamn, couldn't have asked for a better match.

Sin stayed on her perch, looking on as Yamato wisely backed away, only to erase his progress in an instant when she leaped through the air towards him. She did a quick somersault as she flew, then came down right on her feet, less than a yard off from him. She came down into a squat, then rose up in front of him, leaning forward to get all in his personal space. ”What’s wrong, handsome? You seem a little nervous. Something on your mind.”