Search
Latest topics
» The Announcement
by Teenwrestler Today at 8:57 am

Amelia had been practicing a lot for this fight, knowing that it would be her debut, things could be very hard, or very easy, but no matter what, she had to be ready, so with her spirits high, her music would start to play, and so, she would appear in the Arena, greeting all the audience while proudly showing her costume, advancing through the ramp until finally getting into the ring, where she would be placed in her corner, waiting for the time to perform to begin.

Just like Amelia, Madison was making her debut. She had been training for awhile to get herself in a promotion like this. Now she had to prove what she was made of. Her own entrance music played after Amelia's, and she walked out onto the stage. It was obvious to anyone in the arena that the toned giro was drinking in the moment. She was gonna take her time going down the ramp, looking at all the fans that made this company what it was. The fans that she hoped to excite. She was only gonna debut once. And she was gonna make it a hell of a show.

Unfortunately for Madison, this match wasn't the rules she was used to. And unbeknownst to her, Amelia wasn't the type of opponent she had faced before. But if you can't adapt, you can't be anything in a company like this. The black haired bruiser hopped onto the appron, wiped her feet and climbed in. "Alright! Let's put on a show!" The short haired girl exclaimed 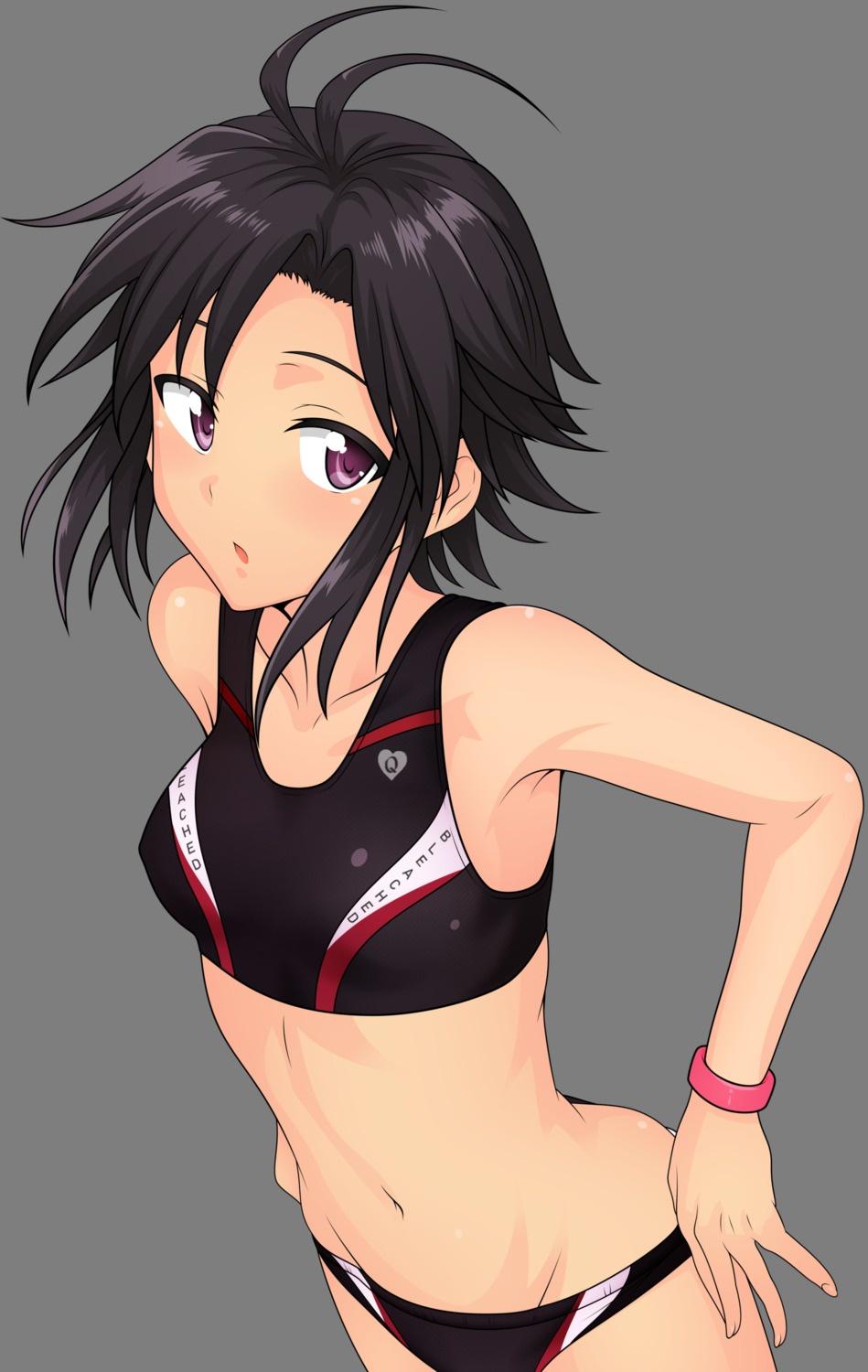 Amelia would finally see her opponent arrive, having a somewhat evil smile, but in the end she wouldn't care, seeing that her opponent seemed to have a good attitude, she would simply tell him.
Well, I guess it'll be a good show for everyone to see how you're finished by someone like me....but at least show that you know how to fight honey.

and so, the bell would ring and Amelia without moving from her corner, would make provocations to Madison to dive for her, ready to dive with her knee to Madison's stomach if she fell into the trap.
_________________
My Roster!

Madison wasn't quite one to rush headlong into something. After the bell rung, instead if diving in, she decided to test the waters a little bit with a couple kicks to the air close to Amelia. She was just daring her to get close enough to take a shot.

Even if Madison was putting up a decent little show of blocking, she was only really planting 1 foot on the ground. A quick movement could be enough to get her on the back foot, but at the moment, she seemed happy to play it a little bit slow

Amelia saw how quickly her idea had crumbled, noticing how he seemed to not approach despite her provocation, so when it was time to move, Amelia would move slowly, positioning her arms at the ready, as she approached to try to launch..... a kick against Madison's stomach.
_________________
My Roster!

Madison was rather patient towards the start of these sort of matches. She was fine to wait for either a mistake, or maybe a neutral lock up. Instead, she got something better. As Amelia kicked at her, Madi grabbed at the majestic woman's foot with both of her hands, and gave a swift counter attack, kicking the underside of Amelia's thigh with her shin. After the kick landed though, the explosive girl wasn't done. Instead of just letting go, she pushed Amelia backwards as hard as she could be the leg, in the hopes of tripping her, or sending her backwards into the corner

Amelia hoped that her opponent would take the blow and make things easier for her, but it looked like she wouldn't, as Madison would catch her leg and before she could do anything, she would be hit in her leg, making her scream a little, but annoyed, she would try to throw a punch, before being thrown and losing her balance, falling backwards on the canvas, but without wasting time, she would get up and backing up a little, she would throw a foul punch to the face, if she managed to fall for the trick, she would throw a kick against Madison's legs.
_________________
My Roster!

Charlotte didn't exactly see the shots coming, but she had enough time to dodge them as they happened. Madison could tell that Amelia wasn't a striker. That really put the black haired girl at an advantage. In the heat of battle though, Madison wrote the majestic girl off. Even though Madison was the superior fighter, she was lacking some other important qualities.

Madi ducked the punch swiftly, and  before Amelia could get a foot up, she hit the bustier babe in the chest with a strong forearm strike.

Amelia may have been hitting her opponent a little too hard, but she seemed to be faster, seeing how her blows were just being targeted by the wind, before looking up and seeing a blow coming at her, unable to do anything, she took the blow completely, causing her to back up, showing herself open to take a blow as she rubbed the area of the blow.
_________________
My Roster!

As Amelia nursed her chest from the forearm strike, Madison redoubled her efforts to bring the pain to the more endowed woman. She took a few quick steps forward, before unleashing a sharp roundhouse kick to the majestic girl's hip. Madi was in a good mood today, so she didn't go for the head, or even the knee. She wanted a nice enjoyable match for these people to watch, so going for some very impactfull, but less dangerous strikes was probably gonna be her strategy for a bit to wear Amelia down