So this Aiko lady was what passed for a heavyweight here? Ionel smirked and yawned, her tree-trunk dense, muscular abs deflating for a second but still looking hard enough to deflect swords. Maybe she was spoiled; where she once wrestled even the smaller women in the heavyweight category were small juggernauts - women she knew would not break too easily even under her own hyper-athletic, powerful body. Women who she'd have as much fun crushing and grinding as she would being on the receiving end.

But this Aiko? She was tall, not particularly, but not a middleweight. Yet Ionel felt some disappointment from the images she saw - little voluptuousness (by her standards), lacking the friction-generating abs she loved to scrape on her own, and more mischievous in her expresisons than passionate and truly lustful. It seemed like this might be a rather boring match... yet a part of her was curious.

This woman had reason to be cocky. Maybe she had some inner strength Ionel just needed to work out. Yet if that was so, she wanted to see the look on her face and the feeling of her body when the total power of Ionel lay upon it. Already she was fantasizing the many, many ways she wanted to see not that she could merely defeat Aiko... but perhaps enjoy her. She might as well make the most of what was going to be another squash.
_________________
Add me on Discord: LunarOcean#8452

Re: Ionel vs Aiko

Aiko eyes the photo of the built Ionel. The scientist in her studied every part of her, checking each nook and cranny she could spot with the photo alone. She deduced that tonight wouldn’t be the run of the mill fun time she’s oddly used to. Not with features like these. Even Aiko was aware of her chances of victory tonight we’re slim even with what little experience she had. Her abilities weren’t properly ready for an opponent with this shape. Was she afraid, no.. not particularly, this was the kind of life she lead now. She scoffed at herself, she expected something like this sooner or later but this newfound way of life of hers developed a bit of pride. If she was going to go down, she’d do it swinging.

Her usual calm facade hardened, she would have to be focused, but nothing would stop her from throwing a hint of promiscuity here and there. Her usual playful attitude would have to take a back seat against this one.

Aiko decided to change it up tonight, her usual tucked in white top was instead replaced with a crop top hoodie, exposing her midriff. She had actually been meaning to try this on for a match for a while and what perfect (albeit unnecessary all things considered) opportunity as this. 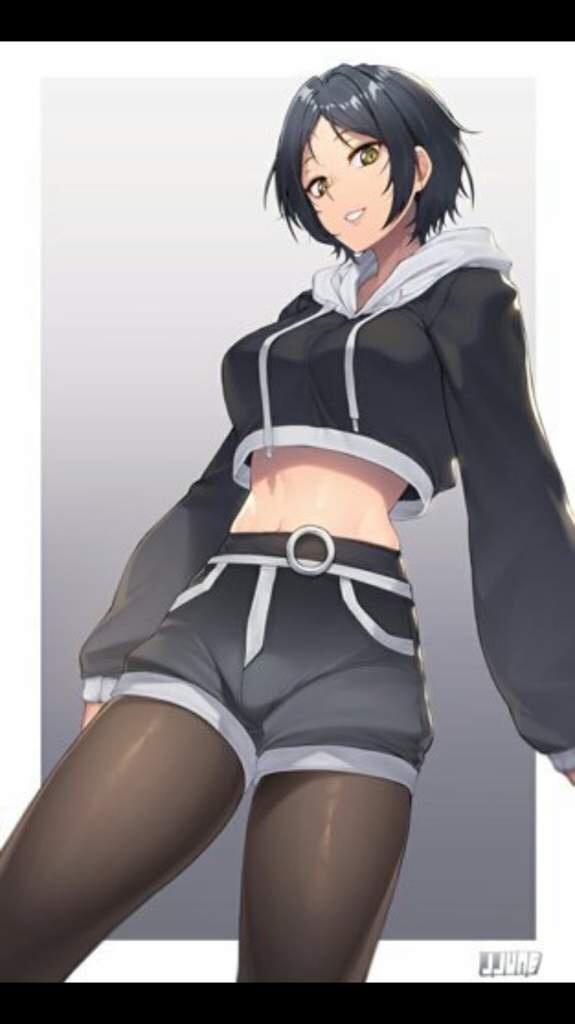