It took several weeks before Yuri felt recovered enough to come back into the ring. She went into her last match filled with confidence, having thrashed one of the girls she was facing in a previous fight, thinking she would be able to take her and her partner. She paid for her arrogance, getting knocked out in the ring, then fucked deep and hard to finish her off before being taken prisoner. Everyone got to see what an idol looked like when getting disgraced, making Yuri feel too embarrassed to show her face. But now she was back, put into a match against one of the veterans of the AFW to signal her return.

The idol looked no worse for wear when she stepped out onto the stage. She wore her usual idol outfit, looking no different from the time where she was the leader of her own idol group. Her eyes were bright, her voice clear as she sang and danced across the stage. It was almost enough to make the audience forget just what kind of person she was. But how could they, when they remembered the past highlights from her matches. She was a girl who liked to hurt others, never fought fair, and reveled in the humiliation of her opponents. She was born for the type of match she was about to participate in, a humiliation match where only one girl was going to leave with their dignity intact! 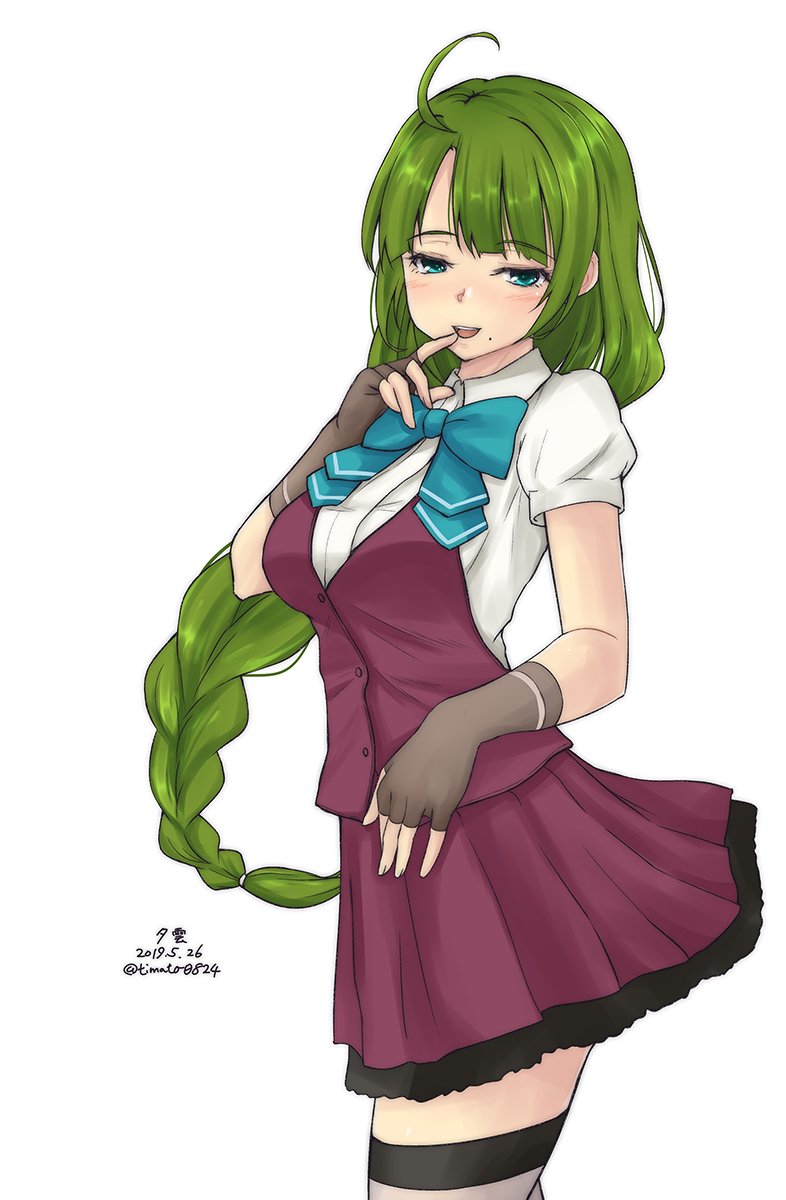 After her performance, Yuri blew a kiss to the crowd and made her way down the entrance ramp. The crowd was very divided by her presence, half of them hissed and jeered at her, wanting nothing to do with the devious and evil idol. The other half cheered her on, loving her antics and wanting to see her inflict her trademark humiliation and pain. What united them was their anticipation in seeing Yuri face off against a true veteran of the ring. She had faced tough opponents, but none of them had the experience that Heather Sunderland brought. Would Yuri's devious tactics be able to give her the edge, or would Heather's experience, size, and skill advantages be too much for the idol to handle?

Yuri wasn't thinking about any of that when she climbed into the ring though. She was single-mindedly focused on the fight that was coming up. This was her chance to make a comeback after that utterly humiliating loss to those two shrimpy kawaiis. If she could take down a veteran, then everyone would fear her! Heather had a formidable reputation, but she also had a history of crumpling against opponents who humiliated her. Yuri wondered if this time around she would be the lucky girl who would get to humiliate Heather until she broke. That thought made her heartbeat quicken with excitement. A small devious grin crept onto Yuri's face as she waited her her corner for her new prey to show up.
_________________
The Party!

Heather's--variety of types that she competed in was expanding by the day clearly--a mix of excitement and anxiety building in her chest as the time was getting closer and closer for the humiliation match that she was going to take part in. She went a little behind Amaya's back for this one--agreeing to this type of match, but she figured opening herself up and taking on these things she would never stand a chance in before would strengthen her as a wrestler. She had no intentions of letting the idol girl out easy in this match.

Her theme finally started to play on the speakers as she stepped out onto the stage area, dressed in her purple fishnet top, black bikini top over that, black baggy pants, and black boots. She took a deep breath, taking in the positive reaction she was getting from the crowd. She knew full well Amaya's intentions were to get herself on the other end of things, expecting the crowd to soon be booing her again like when she first started. She just stuck her tongue out, waving it off a little as she began to make her way down the ramp. 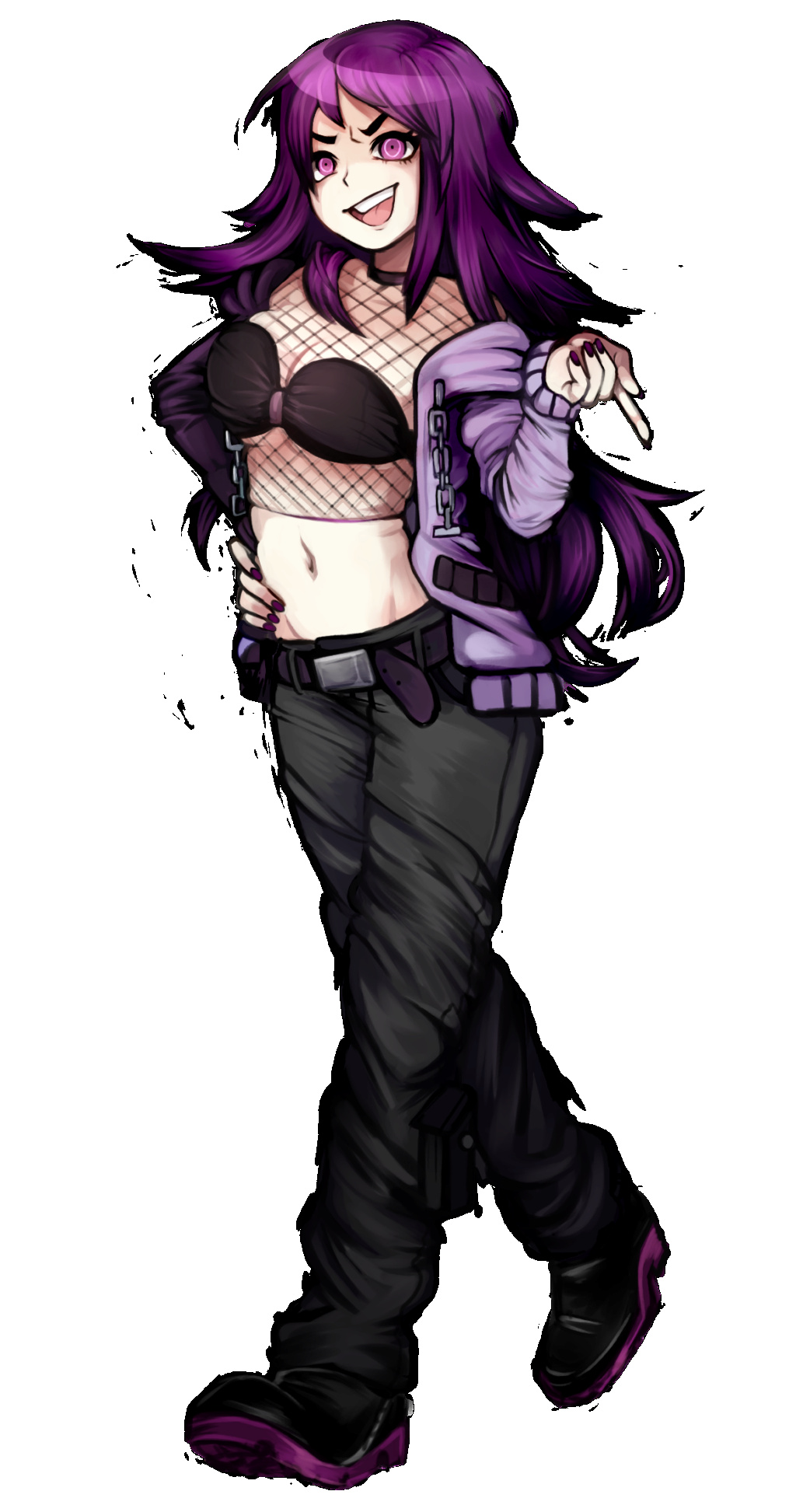 She slid into the ring, going to the middle rope and raising her hands in the air, pushing a full smirk on her face. She had to push herself into the mood for this match as much as she could, nodding a couple times before hopping off the corner, turning around to face Yuri who was standing in wait for her. She looked her over--definitely having the appearance of an idol girl, just as Heather was led to believe, crossing her arms as she tapped her foot.

"Sure hope you've got some strength behind that body of yours. I wouldn't want to humiliate you easily within the first few seconds of the match!"
_________________
Friction/Tension:

Yuri put on her best appearance as Heather made her way to the ring, trying to look as cute and innocent as possible on the off chance that her opponent didn't know what kind of character she was. She had to admit that the veteran was quite imposing, standing several inches taller than Yuri, wearing black fishnets, dark pants and boots, she looked much more like a serious wrestler than the cuties that Yuri had seen in the AFW.

The idol could tell that Heather felt confident about her chances of victory judging by the smirk on her face. But when when Heather addressed her, the idol relaxed. "Ahh, she doesn't know," Yuri thought. If Heather had seen Yuri's previous matches, she would know that Yuri had plenty of strength and combat skill. So either Heather didn't do her research, or she did and still felt confident she could overwhelm Yuri with pure strength alone. Yuri would make her pay for that belief.

"I hope I don't disappoint a veteran like you!" Yuri said brightly, channeling her innocent idol persona to try and disarm Heather, "Don't worry about me though, an idol will always try her best!" She flashed Heather a bright smile, hoping that she wasn't overdoing it.

Yuri stepped forward and offered her hand to Heather for what appeared to be a fair shake. "No matter who wins, let's both have fun and put in a good show!" Yuri said. This was the true test of whether Heather knew about her, as if she took the devious idol's hand, Yuri would be certain her opponent had no idea who she was dealing with.
_________________
The Party!