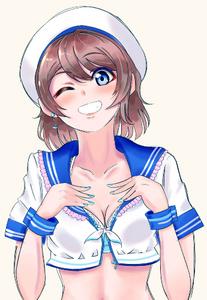 Full Profile Here
Name: Kelsey "Kels" Summers
Sex: Female
Age: 23
Height: 5'3"
Weight: 115 lbs
Nationality: American
Alignment: Face
Music: Can't Keep Up
Strength: ★★☆☆☆
Endurance: ★★★☆☆
Speed: ★★★★☆
Defense: ★★★☆☆
Technique: ★★★★☆
Kels is an all-rounder type that has a very strong foundation in fundamentals. She has trained in proper techniques and learned various submission maneuvers to compensate for her lack of size. She generally knows what she is doing in the ring and is capable of forming strategies that might assist with her current opponent. She is a thinker that doesn't like making rash decisions and may hesitate instead of moving quickly on an opportunity. Overall, she is a defensive fighter with fairly average physical attributes. 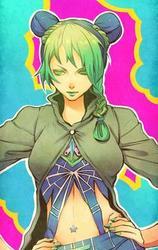 Full Profile Here
Name: Jolyne "Jo" Rivers
Sex: Female
Age: 24
Height: 5'11"
Weight: 152 lbs
Nationality: American
Alignment: Heel
Strength: ★★★★☆
Endurance: ★★★★☆
Speed: ★★★★☆
Defense: ★★★☆☆
Technique: ★☆☆☆☆
To sum up Jo's preferred wrestling style, she prefers crude but vicious attacks on others. She offers no real since of technique and hardly even knows proper throwing or submission maneuvers and instead opts for purely physical strikes and kicks. In that regard, she is ruthless and can hit hard with the willingness to fight dirty if she had to. A veteran of many fights, she has a natural instinct for it but is very prone to emotion such as anger that might blind her. Overall, she is physically powerful with an excellent speed, strength, and endurance however she lacks any refinement believing that to be "shit".
--------

Team Wrestling Info
Cohesion: ★★★★☆
Teamwork: ★★☆☆☆
Strategy: East Side-West Side is a team born from a fairly long and strong relationship and as a result they are fairly inseparable. They know each other well enough that they can anticipate what their partner is doing most times but they like a coordination to carry that out effectively. Additionally, Jo's protective instinct for Kels will often times disrupt any finer strategies in the hope for protection or revenge.

That said, the team have a fairly solid strategy. Kelsey will try to react and adapt her strategy to perceived damages that Jo can inflict with her crude attacks. Say for example, Jo were to throw their opponent's shoulder into a ring post, Kelsey will try to use submissions that target that weakened limb. However, there is little hope of Kels suggesting strategies to her partner to help as Jo really only does what she wants. 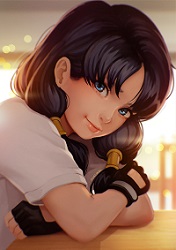