» Looking for a match
by TomboyTsuka Yesterday at 3:38 am

Looking for a Debut Match

Edit: This match has been filled!

Desired Match Types: I'm quite flexible in what I'm willing to try (and happy to respect boundaries you want me to respect). However, I'd be especially excited to do any of the following: 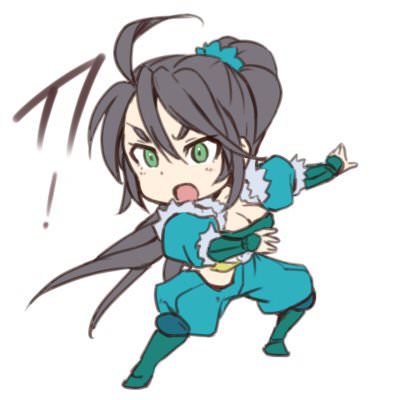 Strategy:
Harumi prefers to use her speed and endurance to rush right up to her opponent, getting in close enough to pepper them with an assault of combos. She can also swap stances on the fly, going from a more Judo oriented style to that of a grappler. In her Grappler stance, Harumi is more interested in getting her opponents in holds and Slams.

Spoiler:
Well trained at a young age, Harumi has excellent endurance, able to last for quite some time. However, she can run out fairly quickly if she does too much to quickly without consideration.

Spoiler:
Speed is critical to Harumi’s style, using it to dodge in and out of her opponent’s defenses and build up critical combos.

Spoiler:
Harumi always prefers to avoid a hit if she can, though she knows how to counter and block a myriad of kicks and strikes.

Spoiler:
Well trained and always focused, Harumi prides herself on her technique being nearly flawless.

Sword Strike- A devastating chop, backed by all of Harumi’s focus and training. 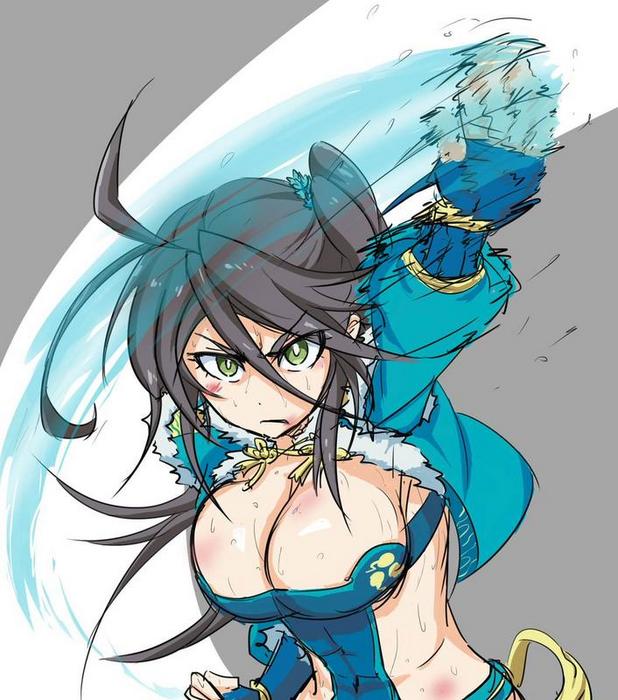 Tying Loose Ends- A grounded Octopus Stretch, focused on the opponent’s arms and back.

Personality:
In the ring Harumi is a stoic, strong willed, and calm individual. She will completely focus on the battle at hand, sizing up her opponents and figure out a strategy on how to win. She can be fairly stern and will usually ignoring smack talk or only answer with quick, one-word quips.

Outside of the ring, she can come off as stern though she means well. She can be incredibly awkward with others, never really developing her social skills.  Though she is always willing to help others, many stay away from her due to how strict she can be.

Past/History:
Harumi Hazama was born the youngest of three siblings, two girls one boy. Her Father was a famous Judo instructor, well known for his strict training regiments and the skill of his students, something he would carry on in his parenting.

Growing up under very strict rules, Harumi learned to be independent at a young age. She learned to cook, clean, and pick up after herself, but what she didn’t learn was how to socialize with anyone outside her family. She often would think of other children as immature and came off as harsh due to her strict lifestyle and no-nonsense attitude.

By the time she entered middle school, her Father began to train her in Judo, as he did with all his children. Being the youngest, it was tough keeping up with all of the exercises, but soon Harumi’s body would adapt, becoming leaner and stronger. Her father would soon enter her in amateur Judo tournaments, where she was labeled a prodigy after completely dominating all of her matches. The title would only serve to further isolate her, as neither of her older siblings did as well as her in their tournaments.

It wasn’t until high school that Harumi was introduced to wrestling. Harumi had begun to become rebellious against her father, sneaking out at night exploring the town that resided close to her home. Walking in and out of stores and buildings, aimlessly eyeing others and looking for something to do. One night, the town was having a fair and one particular attraction caught Harumi’s eye. There was a makeshift ring in one corner of the fair, a man exclaiming “Come one, Come All! Face the master Masher Devastator! If you can last 3 minutes in the ring, win $500!”. Interested, Harumi would put on a disguise and participate. To her surprise, she was utterly thrashed, her Judo having a hard time dealing with the wrestler’s brutal moves. It invigorated her, and soon she was hungry to learn what exactly wrestling was. After that night, she began to learn about wrestling, its celebrities, it rules, moves. Harumi’s nightly visits to the town began to last longer and longer each night, deeply engrossed in her research. Judo became less and less important to Harumi, opting instead to train in wrestling.

Unfortunately, her Father would learn of her nightly escapades as well as her fight at the fair. A violent confrontation happened between Harumi and her Father, fracturing their relationship. Soon, she moved out, pursuing her own goals and interests including wrestling.

Harumi would support herself with a part time job, spending her free time doing amateur wrestling matches. Eventually, AFW would contact her. Impressed by her prodigy status in Judo, as well as her interest in wrestling, they offered her a contract. Mesmerized by all of the different types of fighter in the company, Harumi signed on looking to face new challenges and learn new ways to improve her wrestling career. 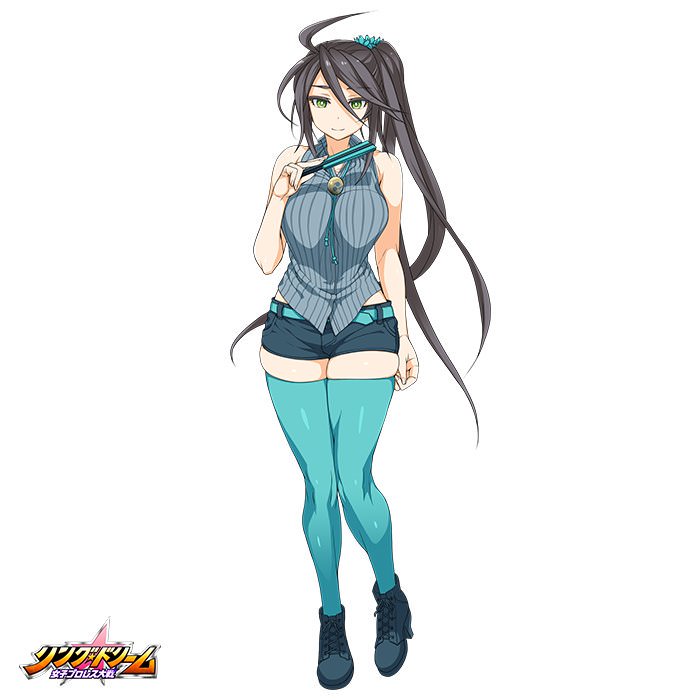 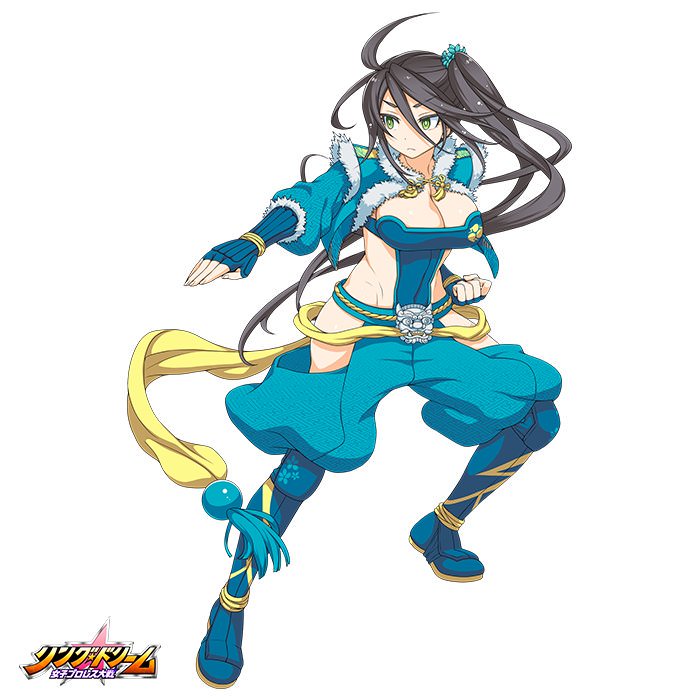 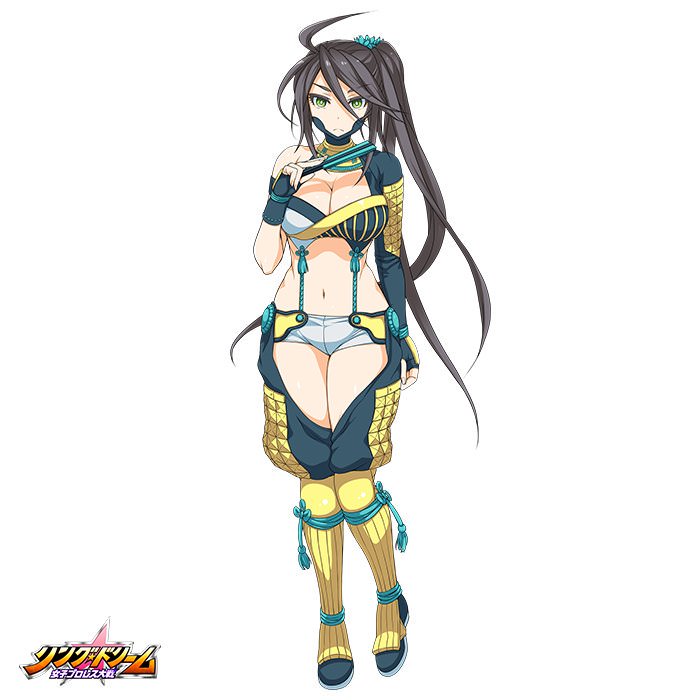 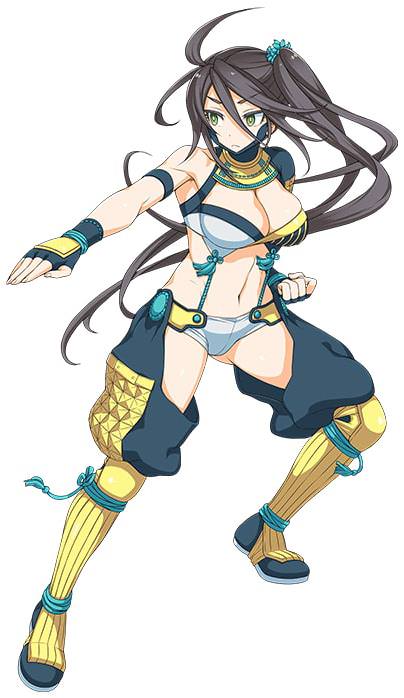 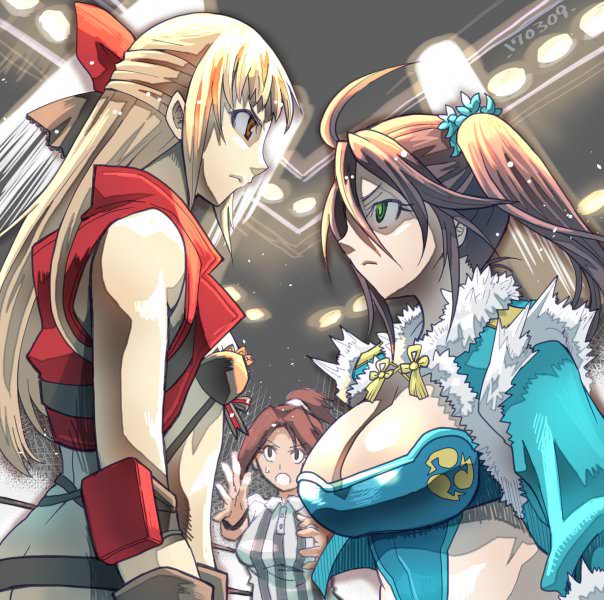 A bit awkward with others: 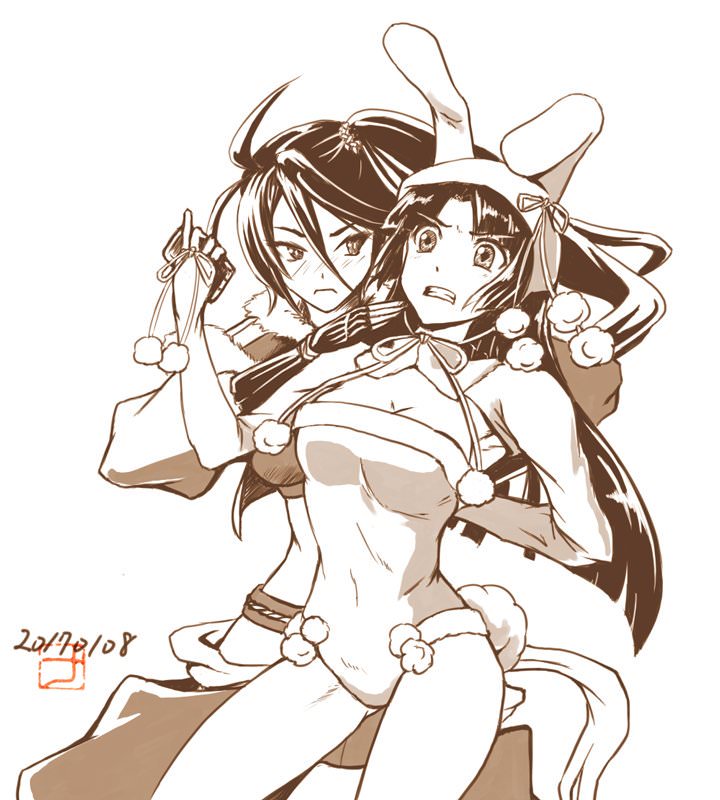 Despite the fallout she had with her Father, Harumi still begrudgingly respects him.

She is sometimes seen carrying a fan. It was given to her by her mother and holds great emotional value to her.

Though she has a stern exterior, Harumi is actually very kind. She is very shy, and often falls back on her persona to cope with situations.

Harumi is extremly loyal to her family, and will not allow an insult towards them go unpunished.

Her two older siblings have since gotten into contact with her, and they support her decision to wrestle.

1. Harumi gets more than she ever expected in her debut as she faces off against the Malicious Maiden, Mistress Paige!
2. The silent samurai must face off against an AFW veteran...but something isn't quite right about Ms. Eka Guramishvili. Let uncertainty run wild!
3. Harumi enters the a Money in the Bank tournament, and faces off against a powerful foe in the preliminary round! (Ongoing)
4. After having made it to the finals, the Judoka will find her hands full when she faces off against TWO powerful opponents!
5. Eka and Harumi spend some quality time together as friends...but will they evolve into more by nights end?
6. Harumi goes out on her very first date! With snow in the air and the night sky above, the Silent Samurai's stoic mask is finally starting to slip under the smile of the lovely Georgian.
7. With the enticing offer of spending time with her Girlfriend, Harumi enters into their Gym only to find a nightmare come true.
8.After her fateful meeting with the Wolf Mother, Harumi Hazama accepts Manami Kuroda's challenge and fights her at the 2020 Summer Splash in a submission match. Will she prevail? And how much blood will be spilt in the process? (Ongoing.)
_________________
Tarantulust's Lair