Search
Latest topics
» Mariko Ishii vs Colette Rivers
by LARIATO Today at 12:20 am

» John Carnaby vs Nora Novak - Play Fighting
by LARIATO Today at 12:18 am

» Julia Rogers vs Rosa Cabrera
by LARIATO Today at 12:18 am 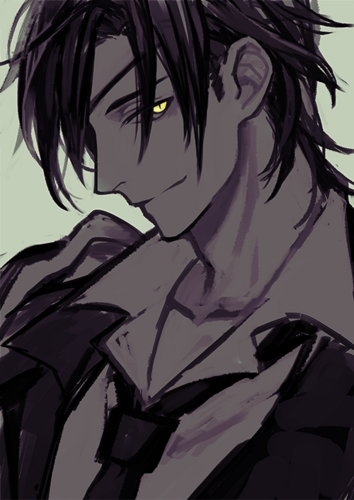 Strategy: Drake’s main strategy is to goad his opponents into attacking him so he can counter. He will use anything he can against them, making a point to research his opponents and their background before entering a match. Once he has gotten his opponent riled up, he will use all manner of tricks to break them down both mentally and physically.

If that should fail he will resort to any trick at his disposal to either turn the tide or get away. Some of his more infamous tricks are simple low blows and hidden weapons, but one of his most unique tricks is playing on his opponent’s emotions. If Drake is in a bind, he will be apologetic, sorrowful, or even envious to appeal towards his opponent’s ego or mercy. Should they drop their guard for even a moment, Drake will lash out, looking to end the match quickly.

Preferred Matches:  No Rules, No DQ, or Tag matches.

Spoiler:
Drake is a formidable opponent. He has solid strikes, and can toss most opponents around if the need arises.

Spoiler:
While not especially fast, Drake is fast enough to avoid hits and catch running opponents.

Spoiler:
It is clear that Drake prefers to fight with as little restraint as possible, often resorting to tricks and deceit to gain the upper hand.

Lights out~: A simple kick to the face. Brutal, but effective.

Submission-Sing A Song: A Boston Crab, focused on bending the opponent at the worst possible angle.

Personality:
Drake Fond is a fairly callous individual. Mostly concerned about himself, he sees every situation and person as a risk or reward. His ambitions will make him align himself with whoever he thinks is strongest at the time, seeking to gain their favor and earn their trust. At times, he can be hesitant or even cowardly if the tables turn on him or his partners.
He can also be somewhat sentimental towards old contacts, helping them out or taking the punch for them, but only if they will be of use to him in the future.

Drake was born an only child in a lonely household. He had a stressful relationship with his Father, who was an influential business man. Drake never knew his mother, as she died giving birth to him. Supposedly, her last words were naming him Drake. When he was three years old, he developed retinoblastoma in his right eye, and had to get it surgically removed. When Drake got older. he would often cover his eye using a patch, never caring for how he looked with the artificial eye. By the time he was eight, Drakes Father would often go on trips for long periods of time, then come back late in the night straining their relationship further. This would continue into Drakes teens, wherein he joined a bad crowd.

Originally just a group of friends, it was here Drake developed much of his aggressive tendencies, learning vulgarity and committing minor crimes. This group was also where he would meet Akane Akiyama. Due to her reputation as an aggressive, violent individual Drake decided to be on her good side, siding with her in almost everything and providing her with materials she needed. Soon Akane became the leader of the group, and Drake was her right-hand man. He loved the respect he got from this position, ordering others to help him do certain things was a rush for him. Akane began to lead the groups into brawls, where Drake learned his preferred style of fighting and how to take a hit. Soon the group began to grow, and with growth came problems. Drake didn’t expect so many new members so fast, and soon the chain of command fell apart, and operations getting sloppy. Almost all of the gang was picked up by police officers for various crimes or the members simply left, Akane included.

Drake decided there was little he could do to salvage the group or his reputation in it and decided to go to school in business like his father did. While studying at a prestigious university he met an Italian woman named Stella Rozino. At first the two despised each other, constantly getting in each other’s way for top grades and high prestige. After a verbal confrontation however, they realized they were both after the same thing: Power and Respect. Stella, learning about Drakes father and the connections to businesses he holds, offered Drake a partnership deal. Stella’s Father owned a prosperous wresting league filled with potential, a league she was set to inherit soon, but not soon enough for her. If Drake helped her takeover her Fathers league, she would let him be a 60/40 partner, with Drake having access to the roster if need be. Drake readily accepted her offer, and so their partnership began.

Drake was surprised when he learned how Stella wanted to take over, from the inside. Apparently, she had grown up around wrestling, and wanted to experience it for herself. Drake was against the idea, but Stella insisted, telling him they could run the league better if they gain the respect of it roster and the best way to do that is to work with them. He finally conceded when Stella reminded him she knew more about the business than he did. She helped him learn the rules of wrestling, what was acceptable, and what he could get away with.

Months had passed and Drake began to enjoy wrestling. Not so much winning or losing, but inflicting pain on others, playing with their emotions in the ring, and finding dirt on people. He even found some damning evidence linking Stella’s father to a crime. Though instead of using it to further Stella’s goal, he instead used it to Blackmail her father into hiring some of Drakes old gang, including his former boss, Akane. His main reason for doing this was so he had support within the roster, and to prevent Stella from squeezing him out of their deal, should she try to betray him.

Their wrestling league soon grew in popularity and was noticed by AFW. Drake, among a group of others from the league, were invited to join the AFW in a partial partnership, sharing certain talent to promote one another. With Stella’s advice, Drake accepted the invitation, and now fights regularly at AFW.

Year Two:After his first Year at AFW, Drake decided he wanted to try and improve his image a bit. Rather then keep his cartoonish look, he cleaned himself up. Now sporting primarily black, Drake comes with a new look, but the same deceptive attitude as before~ 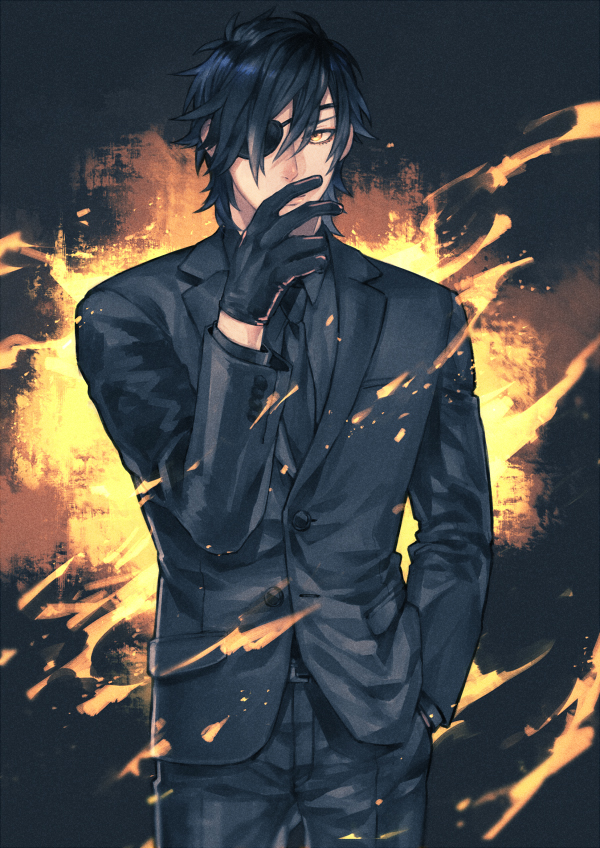 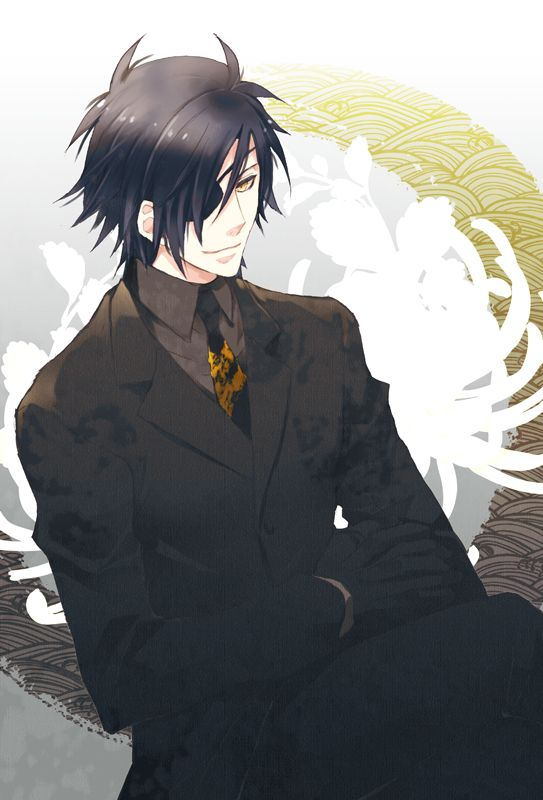 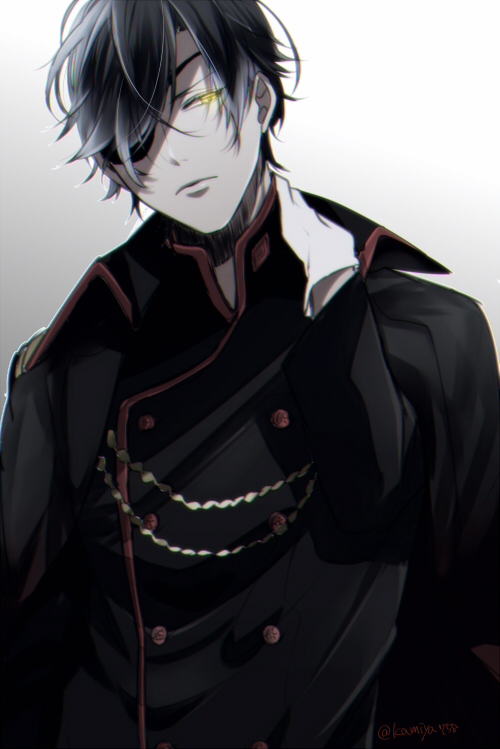 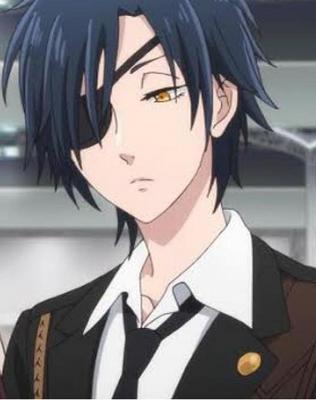 Akane Akyama- His former “boss”. While Akane and Drake know one another and say they are “friends”, they are closer to acquaintances.  They share a “Quid Pro Quo” relationship, willing to help the other if it gets them something in return.

Stella Rozino- Both his business and tag partner, Stella is the brains of most of their operations. This is mostly because of her knowledge of the wrestling business. Though their alliance is fragile due to mistrust, they are an effective team.

Despite being manipulative himself, Drake can be easily swayed and bargained with if the price is right.

Drake developed a hobby of building models back in his college years.

Despite using his Fathers connections often, he hardly speaks to his Father anymore.

He is very sensitive about his eye.