Tonight, two new debut wrestlers of the friction roster will duke it out on the ring in it's rawest form! No weapons and gimmicks! What you are about to see will be the start of the history books for two players.

The spotlights focused on the stage, where the wrestlers would enter. The entrance music for one wrestler began. When the beat dropped, a wrestler appeared in the spotlight. A name appeared on the screen above. 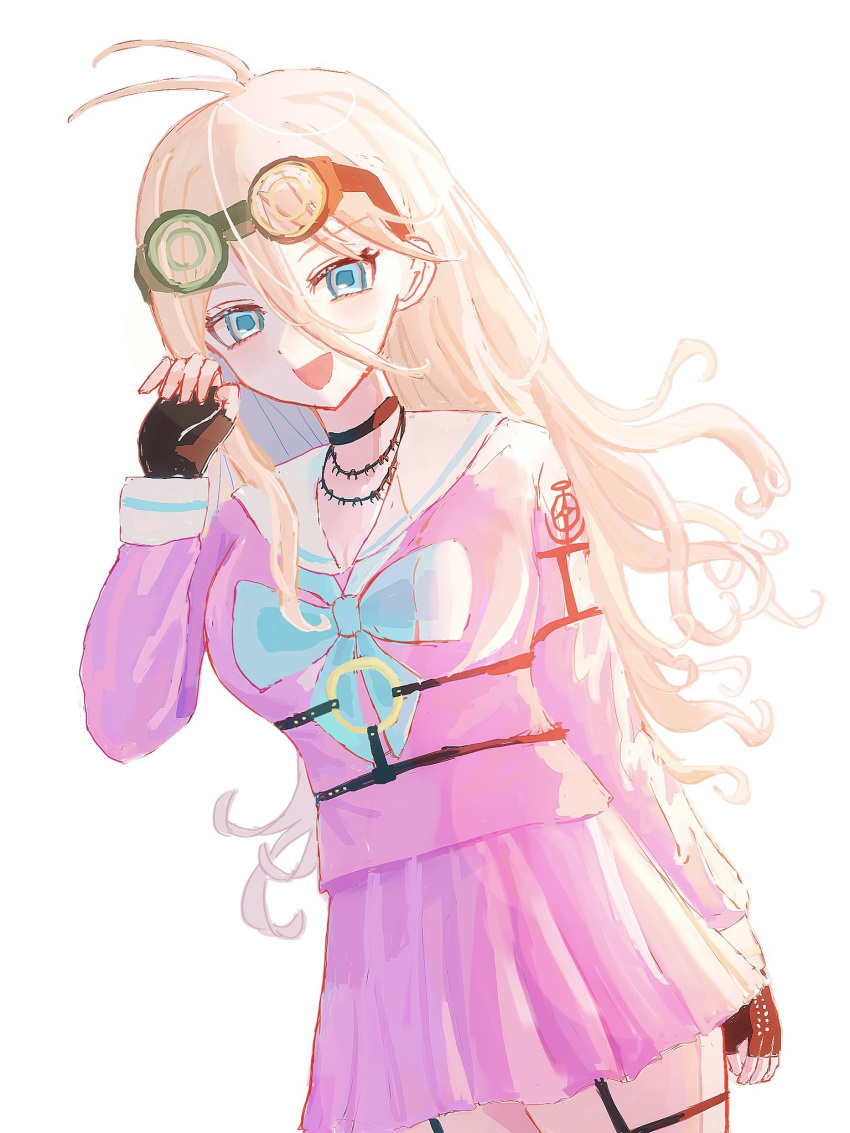 While the music blared wildly and the spotlights switched to a pink color, Miss Penance strolled down the ramp, waving to the audience going down. She crackled her knuckles together, hopping up to the ropes, going over them to get on the ring. With her fist, she raised it up in the air, hyping up the crowd. Not one word. Just a look that was confident.

Now, all Miss Penance needed to do was wait for her competitor. Penance didn't face the stage and ramp. She put herself at ease with her hands behind her back, while she waited for the production team to give the cue to Isabelle. 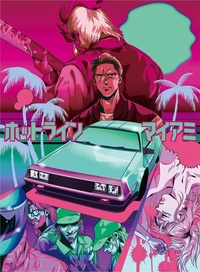 Isabelle was nervious, her heart was beating quickly... Of course she had wrestle before and was secure with her abilities... She also spooke to the manager of her opponent as well, she knew she was going to be here.... But this is her debut match we're talking about! this was Isabelle's introduction to the world of AFW!. She travelled far far away from her home just to be here and entertaint the public... But it was also her first time having a big crowd in the first place!

Lots of nervous thoughts came to Isabelle mind while she was sitting in the locker rooms. She was already wearing her wrestling attire but hasn't thought about this until she finally put it on...

It was almost time for her to be called out into the ring... Was she gonna make a good impression?

She shouted to herself and stands up quickly. She breaths deep and walks towards the scenary where she would be recieved by the huge crowd of AFW. She smiled at the scenary and waved to the people that was cheering on her... Her first match... A new fighter... She was willing to give her own!

She walked down the ramp while her theme song played along. Not wainting to make this good people wait, Isabelle quickly jumped to the side of the ring and slide in beetween the ropes to finally enter the ring

She was finally there... she made it to her corner... and she was now going to give a good show! This is the start of Isabelle's career! 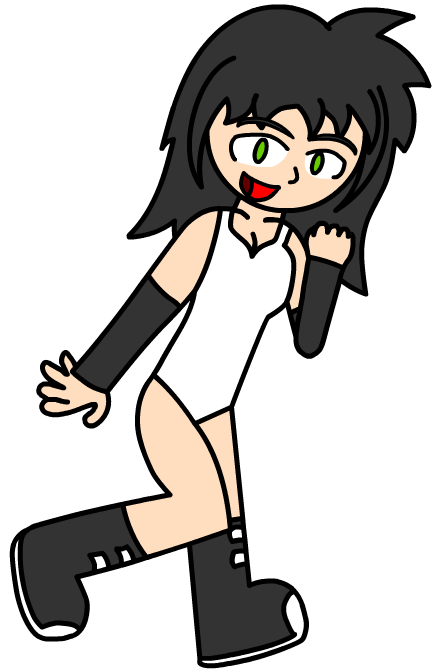 Isabelle greeted her opponent for today's match... She wanted to sound confident but it was kind of diffifcult for her to walk inside here and now she was carrying the expectation of everyone here, so her voice sometimes cracked.

Miss Penance heard her name being called by her opponent, nevertheless. She let out a laugh, turning around to face Isabelle.

"So you're the kid from the stars."

Miss Penance took some steps towards Isabelle. "I give you credit. You got the guts and the confidence I have. I hope you're ready to be laid the hell out." Miss Penance puts her hands together, one of them being a fist. "I'll go easy on you, but I'm a crusader of pain!"

A taunt, but that wasn't going to worry Isabelle.

Isabelle wasn't going to get intimidated by her taunts! She didn't even flintched as she prepared herself mentally for the show the had to give.

"Thanks! But scaring me is not going to work! I'm not actually staying in the ground for too long, you'll see!"

Followed by a compliment was a taunt, so Isabelle responded thanking her but also challenging her. That was just a hint of Isabelle's wrestling style and technique. She assumed Juniper knew that becouse she tell her manager to told her that, so she didn't go into any more details.

"You know? I don't understand that 'Pain crusader' character you're playing, but I'm more than willing to see her in this match!"

She shouted defintly and strikes a grappling position lifting and opening both of her hands, facing them in front. She also flexes her legs a little. Looks like Isabelle was ready to fight, she was now on the flow... The bell is the only thing stopping her.

"What I do is remind the folks that what we're doing is... self-punishment. Hence my name Penance. We're both going to get ourselves hurt, but isn't that the part of it all? You can thrash me all over the place, but I can take the pain! Can you?" Miss Penance slipped on her googles, before she gave herself a little side hop to get herself centered with Isabelle.

Miss Penance was getting his legs and arms ready. Looks like she happened to have a grappling move at the ready, too.

In a sudden moment, the referee gal had the bell rung!

She declared her last challenge before the referee gave the order to start the match.

Just like expected, Isabelle went straight ring into Juniper to crash hands with her. Interwining their fingers, Isabelle would challenge Juniper to a test of streght since they were both on a grappling position.

Isabelle however wasn't attempting to make Juniper trip, and Miss Penance could tell that by feeling and seeing Isabelle's movements. Instead, Isabelle was beginning to walk foward with the objetive to push Juniper and make her go backwards... if everything goes according to plan, Juniper would soon be touching the ropes with her back.

The two women were grappled with one another. Penance was going backwards, since Isabelle was pushing her towards the rope, but Penance had more strength than Isabelle.

Making sure Isabelle didn't trip, Penance began to push her over to the other side of the ring, keeping themselves grappled while Penance sported a grin. If anything, Penance wanted to show the rookie that she wasn't a pushover as the manager Mitchell had warned her.

Isabelle was quickly being defeated by Juniper in terms of streght! Her play was playing against her and now SHE was the one getting pushed to the ropes. Juniper was a serious force to be reckon with, she now understads that her manager is probably a close friend, so he likes to joke about her.

But Isabelle didn't have everything lost just yet, she was going to show that the ropes are actually HER terrotory. When Isabelle touched the ropes with her back, she quickly jumps and jumps again, climbing to the first all the way to the third rope.

Looking to take advantage of her attitude superiorirty, Isabelle let go Juniper's right hand but still grabbing her left one. Now, she would walk all the way to the corner of the ring and, if everything goes according to plan, she would jump at Juniper's direction looking to hook her right arm with her neck, applying a bulldog that would took her down to the mat!

Things were getting annoying for Penance. She figured that Isabelle was more than a wall to push back. She already had her against the ropes!

Penance knew that she could do a slam over here, but she was waiting to see if Isabelle could even counter this. Penance got her wish, when Isabelle climbed the ropes with his legs. Penance ended up feeling her right hand get let go. Isabelle was trying something alright.

Penance got marched over to the corner of the ring, but already had something to say to Isabelle.

"Come on! Show me what you're made of!" Penance was ready for the pain. Isabelle was happy enough to hook her right arm over Juniper's neck, sending Miss Penance onto the mat face-first from a bulldog.

Isabelle taunts at Juniper, landing on her butt after the bulldog. Her technique was a succes but she wasn't just gonna let Juniper enjoy the mat for long!

Isabelle jumps from the using her hands for support so she can quickly recover and stand on her feet. After doing so, Isabelle roll Juniper on her back, so she was looking at the ceiling.

With everything prepared, Isabelle now ran at the nearest ropes and jumps at them only to use them for a bounce! She pushed herself thanks to the elasticity of the ropes and jumped right back at Juniper were she would attemt to fall on top of her with a cross body!