Jhoanne was out of the locker room, looking down everyone walking in the hallway, but who could blame the 7"5 lady. She wasn’t alone, the Baron Charles Henry Von Kraus was explaining her the details of her match. The man in black knew it would be a lost case due to her restrained intellect, noticing she was barely listening with her loud chuckles after scaring some employees. "Alright Jhoanne, you might be the tallest wrestler here...and definitely not the smartest. So keep it simple! No biting, don’t break any bones, don’t..." "Belt hurts...too squeezy!" Charles looked down at her waist and the belt was way too tight, that even made himself question how she put those shorts on. "Geez...I mean let me help you." He’d say while helping his wrestler, which it only ended with the belt breaking itself.

Right after that misfortune, Jhoanne walked her way trough the gate and the whole crowd exploded in roaring cheers! The lights were blinding the beast, forcing her to cover those yellow eyes with her arms. She kept walking while slowly adapting herself, looking around and realizing the crowd was amazed to see such woman stepping in the arena. They would be more astonished when she jumped over the ropes, landing in the ring like a meteor crashing into the ground. The referee almost fell on their butt due to the ring’s earthquake-like trembling and they would show Jhoanne’s corner, afraid of the giant lady. 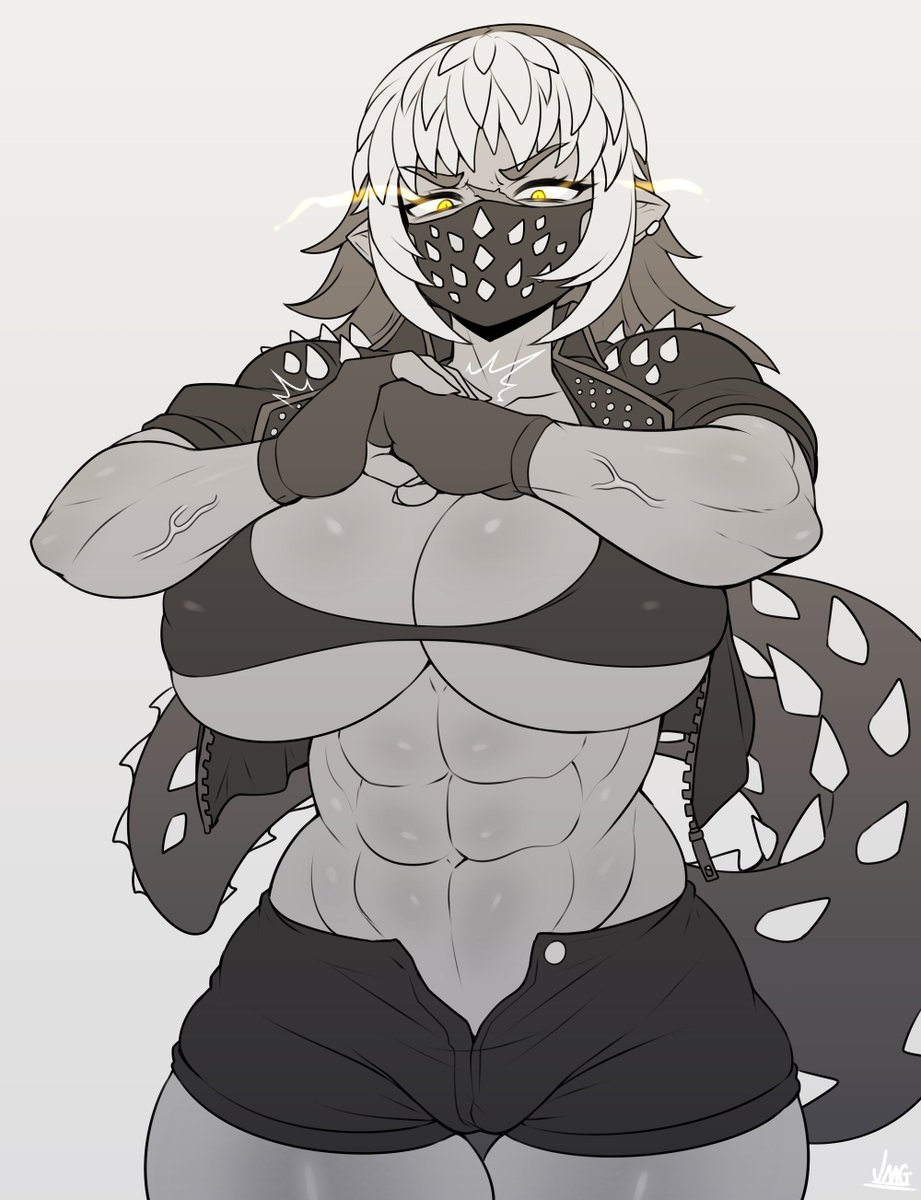