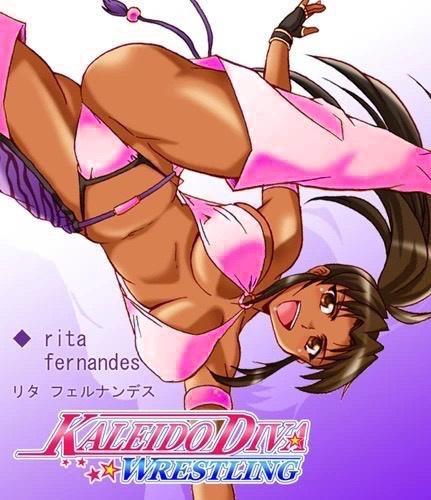 When learning the rules of an Endurance Sex Queen Match, Raposa knew she had to sign up. Not only can she have her way with some beautiful woman, she can relish in the money to be made from winning it.

Entering the arena in a hot pink version of her outfit, Raposa turns, bends over and shakes her ass before looking back at the stage and delivers a loud smack to her rump. She skips and does her twirling samba dance before hopping onto the apron. She straddles the second rope and gives the cameraman a good shot of her booty swaying. Faísca then thrusts and bounces her crotch of the rope, using the momentum to enter the ring. She gets on the middle ropes in corner a and blows a kiss to the crowd before backflipping onto the mat and chilling against the corner, awaiting the jobber chose to have fun with.

Origa is always happy to help newcomers with their matches in the AFW. But when the amazon heard just what type of match she was being put in. The giant was halfway out the door before she was stopped by the officials and told that she was going to be paid extra for this. 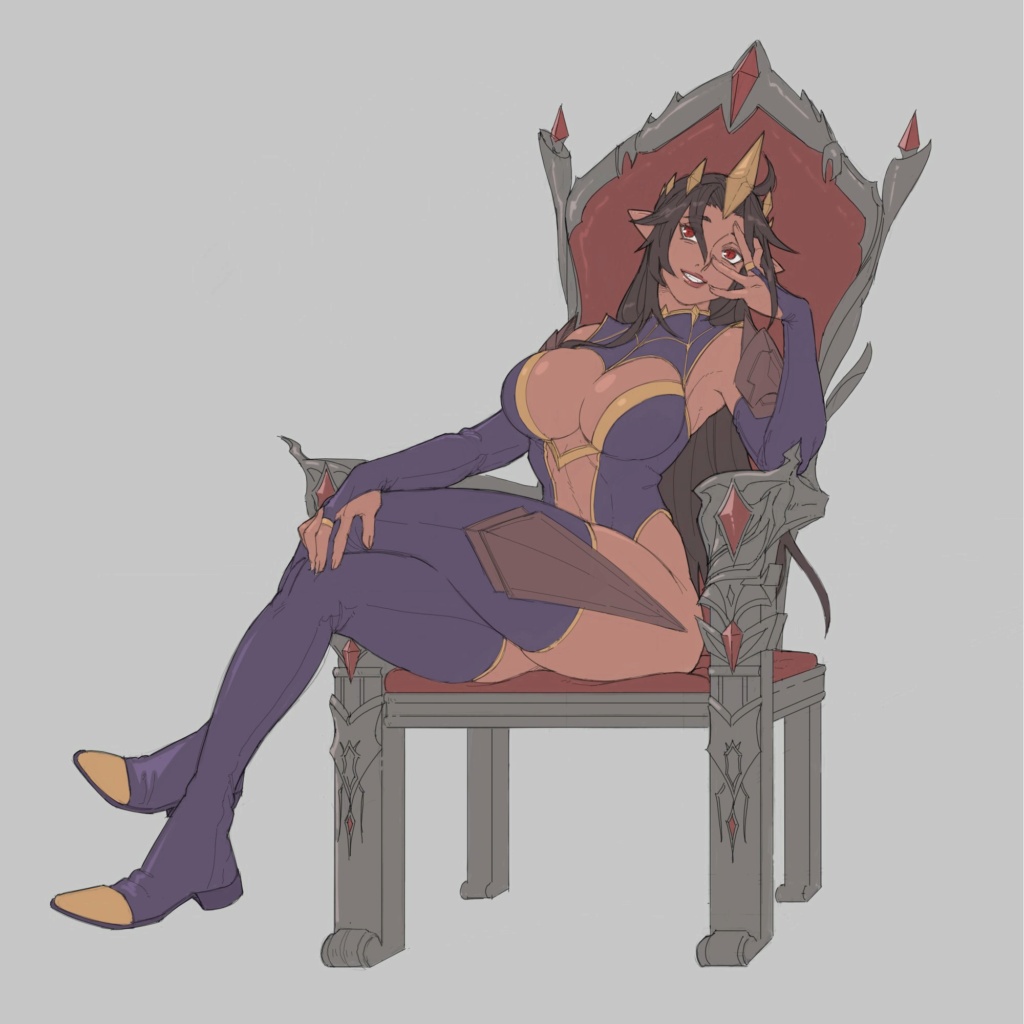 Which was the only reason why the giant was standing in the gorilla position waiting for her theme to start. A blush already growing on her cheeks as she felt the “object” she had to put in a sensitive place before she stepped out. When her theme did begin, Origa would make her way to the ring with little fanfare. Mostly just doing her best to keep her face passive as she stepped inside the ring and made her way to the corner.
_________________
RINGROPES RINGROSTER
https://www.afwrpg.com/t20768-ringropes-ringroster#552569

*Raposa’s opponent was tall, perfect in all the right places. She couldn’t wait to make Origa her bitch.

As the bell rang to begin the match, the female referee starts the vibrators.

“Whoaaahh~.” The light sensation was a little surprising to the Brazilian Bombshell, but believed it wasn’t something she couldn’t handle. Wasting no time, Raposa runs and jumps towards Origa. If she wraps her arms and legs around the tall beauty, she then would proceed to kiss her with as much forceful tongue as possible.

Standing in the corner, Origa can already tell that her opponent was much more excited about this match than she was. The brunette in the revealing pink outfit was practically bouncing in place as she waited for the bell. A bell that would signal the start of no doubt a very long match, as the only way to win was to make your opponent verbally say I quit.

And the bell did ring, but that wasn’t the only thing that happened. For as soon as the match officially started, the referee pressed the button on her remote that activated the vibrators that were inside the two Brazilians. Origa felt the sensations immediately, her body freezing in place as she tried to ignore the sudden sensation.

Unfortunately, Origa’s opponent had barely missed a beat. So while the amazon was frozen in the corner, raposa was already charging towards her! The giant barely had time to widen her eyes before the Brazilians body crash into her own and trapped the amazon into the corner! And like a spider she would wrap her limbs tightly around Origa’s body while her lips smashed into her own. Her tongue already setting out on dominating the Amazon’s own.
_________________
RINGROPES RINGROSTER
https://www.afwrpg.com/t20768-ringropes-ringroster#552569

Rasposa held onto the fellow Brazilian beauty, her lips smacking with hers as she rolls her tongue with Origa’s. She passionately moans to turn her opponent on more, but the sound even hits herself a bit. Nonetheless she would keep going as long as she can.

If Raposa hoped to overwhelm the amazon with sheer pleasure. Then congratulations, because it was absolutely working! Arms weakly trying to pry the Brazilian leech off was getting her nowhere. And at the same time, Origa’s mouth was getting dominated by Raposa’s tongue! The Amazon’s own was getting bullied all around as her opponent showed her what a real kiss was.

All the while, the toy inside her continued to buzz, stimulating the Amazon’s most sensitive place and cranking the pleasure even higher. The setting was at its lowest, but combined with Raposa’s actions and Origa could already begin to feel herself beginning to melt in the smaller girls arms.
_________________
RINGROPES RINGROSTER
https://www.afwrpg.com/t20768-ringropes-ringroster#552569

The capoeirsta would unwrap legs around her taller opponent and land on her feet while driving Origa’s head down with her to keep hold of the kiss. She presses Xenia against the corner to trap her in close. Raposa then would lower one of her hands to her opponent's big rear, holding a handful of her soft ass.

So lost in the multitude of incredible sensations. Origa barely even noticed when her opponent stepped down to her feet and forced her to bend down slightly so their lips would stay connected. What she did notice was the grasp of her rear that Raposa grabbed a fistful of. “Mmmph!!” she moaned hotly throughout the mind numbing kiss.

She needed to escape. So amassing as much strength as she could, the amazon would try to shove her opponent away, separating both the kiss and the grip on her ass! But it would only be then that Origa realized how jelly like her limbs had become. For as soon as she’d try to take a step out of the corner, she’d crumble onto her hands and knees in a moaning, panting mess.
_________________
RINGROPES RINGROSTER
https://www.afwrpg.com/t20768-ringropes-ringroster#552569

*Pushed back from the amazon, Raposa would roll backwards onto her feet. She saw thar her opponent was already a mess.

She struts behind her opponent and drops to her knees, leaning over and grabbing the hips of Xenia. She caresses the ass of the tall hottie that’s barley covered by her thong. Raposa then gives her opponent’s butt a powerful spank before sensually and slowly grinding her crotch against the woman’s rear, anticipating to dry hump the amazon doggy style.

Origa was trying anything and everything to cool her body down. To ignore the ecstatic buzzing that was happening between her legs and focus on regaining her strength. But it was easier said than done, the match had only just begun and already Origa felt like melting into a puddle to her opponents touches.

Speaking of, the amazon felt her lewd opponent brush behind her, her body pressing against her rear. Hands grabbing at her hips and caressing her ass as the Brazilian sat herself onto her knees behind her, a low moan leaving the Amazon’s lips at such soft and slow touches.

Only to be broken by a loud clap as her ass was spanked!

“Ahhhnnn!!!” she cried out! Her head shooting up while her body spasmed like a cat in heat! Origa would try to crawl away, but Raposa’s grip was firm and the grinding of her crotch against Origa’s only further drained her strength. The Amazonian giant was in prime position for whatever lewd thoughts her opponent had in mind.
_________________
RINGROPES RINGROSTER
https://www.afwrpg.com/t20768-ringropes-ringroster#552569