How shall you lose? Kanda Kaya vs Shad Owens.

How shall you lose? Kanda Kaya vs Shad Owens.

Every so often, everyone get an itch or an urge. There is something they want to do and it dominates most of their thoughts. That was how Shad had been feeling the past couple of days. His job for the most part was to play manager and promoter to his lovely wife. She occupied most of the matches that the couple recieved. Normally that was enough, normally that was ok. Not now though. The AFW needed reminders every now and then that he was a force just as dangerous as Rebecca.

That was why he found himself lacing up his black leather boots one last time as he waited to be called. His silver and black resting on his runner's body, his smirk as omnipresent as ever. It was good for him to step into the ring, and this was one of his favorite matches. He was no fighter, given an option he would always chose the easiest and best option towards winning, often that meant bending or even breaking the rules to get what he want. No he was no fighter...he was a winner and it's about time the world remembered that.

As his music began to play he sauntered out onto the stage. A small segment if the less savory fans cheered him on, but mostly he was greeted with boos and insults and crystal of "Shad Sucks". That was ok, let then throw words at him, he did not care. Once he made it into the ring he gave a low sweeping bow to the audience, almost to mock then then settled into his corner to wait, dodging a drink cup thrown by some overzealous fan. "This is going to be fun."
_________________
Valicon's Roster

Kanda envied the other girls in the stable a little. They were making triumphant returns to the ring after a long time away... on business. But not her. She had passed on a few opportunities for debuts, but they had all felt beneath her. She was a skilled martial artist and world famous fitness model. She had ad sponsorships, damnit! But now time had taken its toll, the endorsement money was all gone, the victories of old forgotten, and the fame withered away. Lily told her she had a match for her and she took it without hesitation. She was almost delighted to find out that it was against a worthy opponent, or someone she would have deemed so before. It was time to see if she was still worthy of her old reputation. 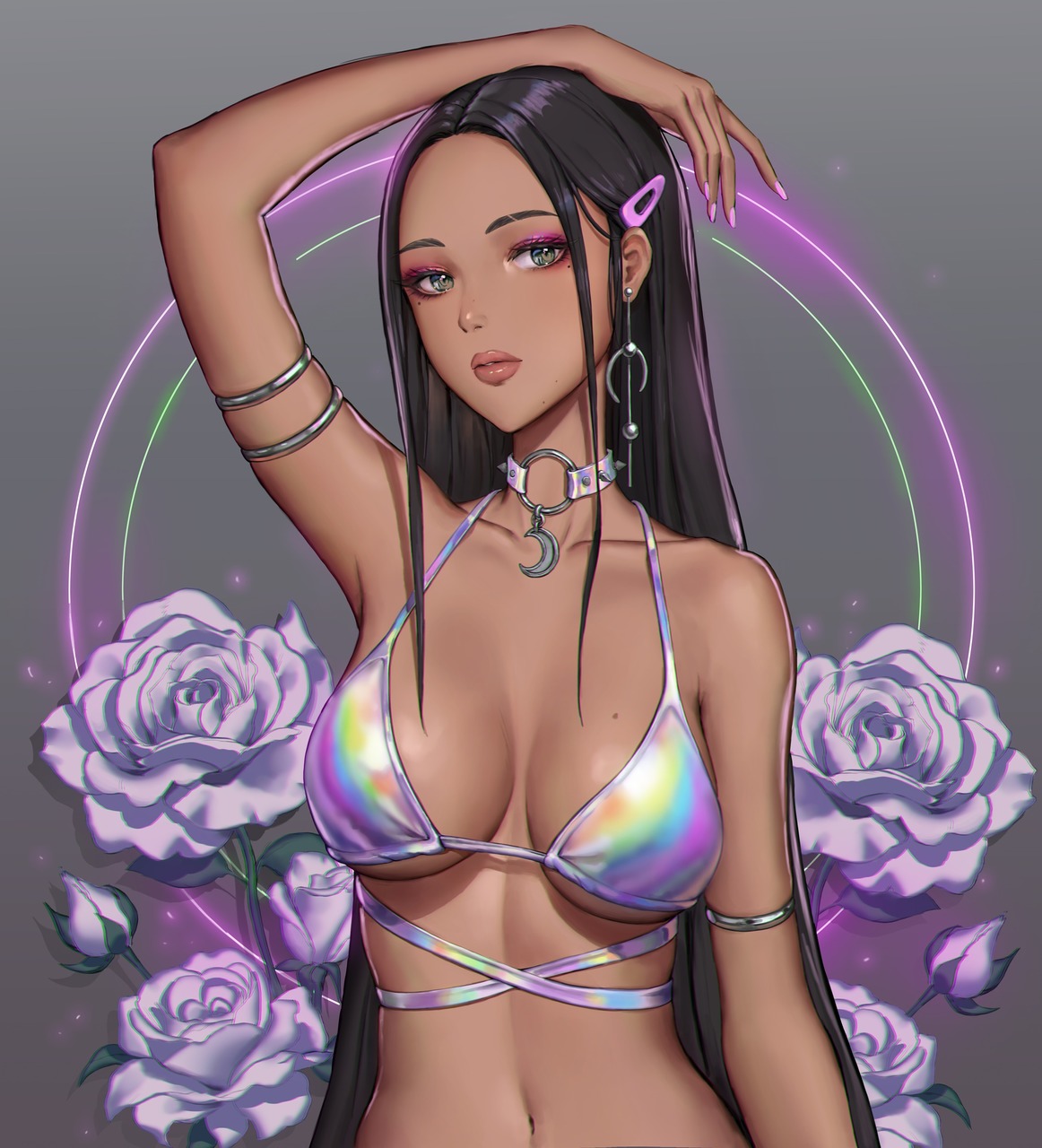 The arena was lit up with pinks and purples as an upbeat Thai pop-rock song started. The overhead screen showed vague and flickering footage mostly showing extreme close-ups of Kanda's toned and naked body, cutting away just as the pan teased showing anything too intimate. A glimpse of the edge of a breast or the crease of her pelvis but no closer to the good stuff. And never her face. Her name only appearing at the end.

As this played she did her best runway walk down the ramp. She wore a iridescent bikini top with straps wrapping around her abdomen and light weight, loose fitting pants with the same shimmering quality. Reaching the bottom of the ramp she stopped to flex and perform a vertical split to the delight of the crowd. They had no idea who she was, but most of them didn't really care. The music died as her name was displayed. She broke her pose and bounded up the apron and hopped the ropes into the ring.

Bouncing on wrapped feet she moved to her corner, finally looking at her opponent. "This should be fun." She mutters to herself, feeling some of her old confidence returning.
_________________
Character Selection (Availability may vary)

Although hid smirk never wavered in the slightest, Shad inwardly was cackling with delight. These wrestler ls that were so confident in their sexiness or sexual skill were some of the most fun to break if you could find the right button to push...and Shad absolutely loved pushing buttons. After she entered the Ring she moved up to her, playing the rogue as he normally did. "Greetings and salutations to you fair and lovely Kanda. Truly, words cannot express the joy at getting to behold your radiance for myself. Tis so unfair that out first meeting must be mared by such dark clouds as this match we are destined to do battle in. Still try not to win too quickly, or else no one will see you shine." He would attempt to take her hand in his own, his words laced with his own seductive Italian accent, and kiss the top of her hand. The audience would be yelling warnings, but if he had played his cards right she would have her attention on him...not them.
_________________
Valicon's Roster