Nuo was in the locker room, getting pumped up as she was against someone who was making her debut. A chance to show off some of her skills to the new upcoming wrestler and try not to make a fool out of herself. Putting on her outfit including her pink mask to hide her face of course then made her way down to the backstage to wait for her entrance when her theme starts to play. 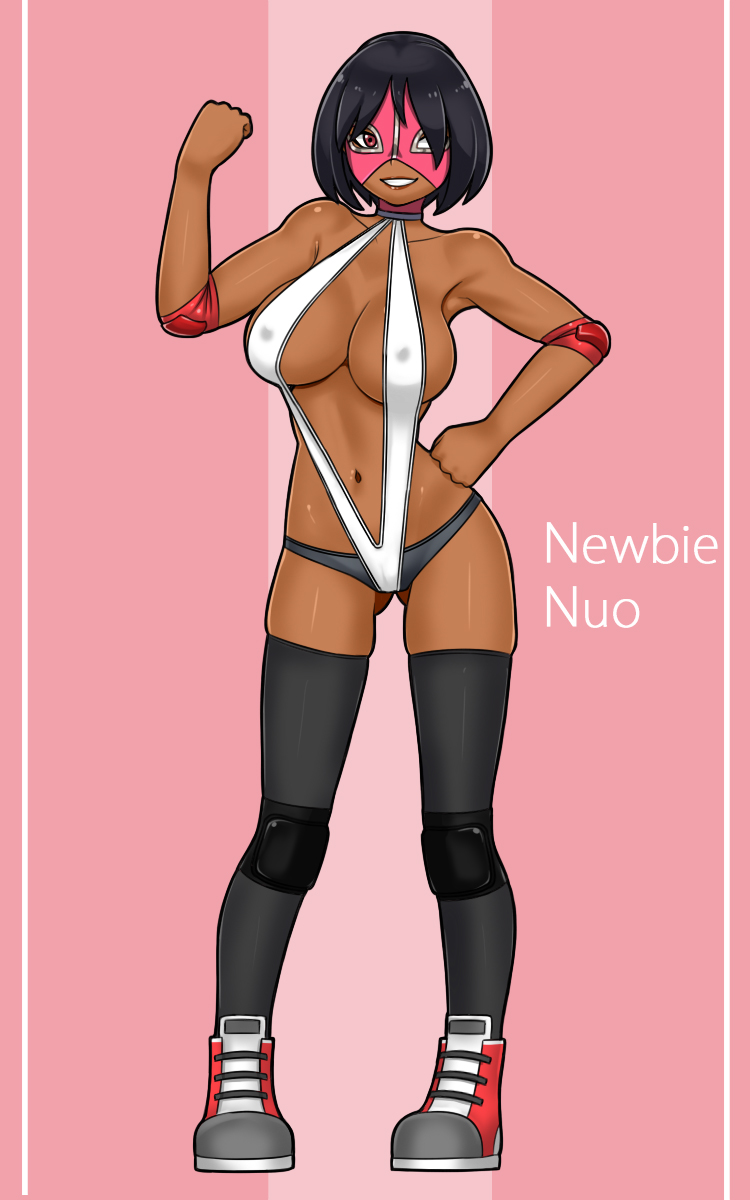 With the masked newbie's theme playing, she made her way on the stage and wave at the crowd as she was giving a bright smile. Taking a lovely stroll down the ramp and to the ring, using the ropes to climb her way on top apron as she crouched down to go between the middle and bottom ropes. After being in the ring completely, she launched herself back on her feet and make her way down to her respecting corner as she wait for her opponent to show up.

Julia had been meditating before her match, not that it helped her to get concentrated, but it worked for passing time, she only knows how to think when on the ring or training, after extinguishing the flames with her fingers, she went to the backstage area, as soon as she heard her music entrance, she started to slowly but firmly walk to the ramp. 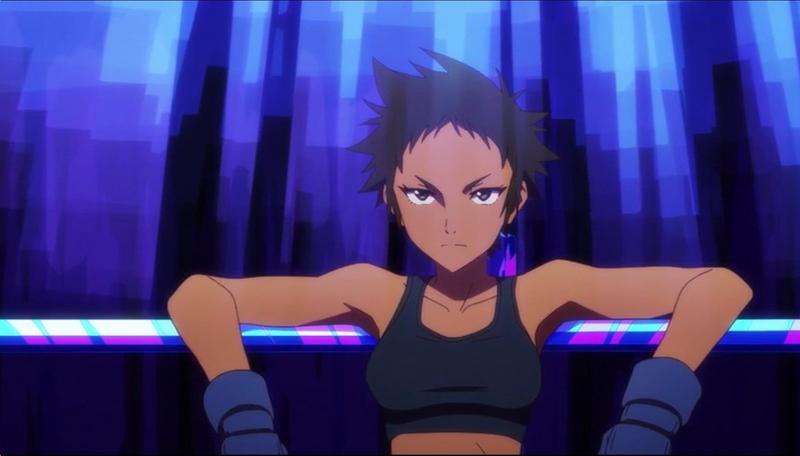 She continued at a calm pace, since this was her first night, the crowd were somewhat chanting her name, not knowing that soon she would gave them a reason to boo her, on her way to the ring she was mostly looking the floor, remembering the events that lead her there, remembering that she didn't fully disclose her abilities, wondering if perhaps the opponent was up to the task. Once she was next to the ring, she went to the left corner to use it as leverage as she pulled herself up into the ring, she gave Nuo a small glance, then went to her corner.

With Julia making her appearance, Nuo smiled at her as the quiet wrestler made her way to her respecting corner that was opposite side of Nuo's. With the two now in the ring, the masked newbie made her way to the center of the ring for the two to stand face to face as she continued to show her bright smile at her opponent.

If Julia got to the center o the ring as well, Nuo would greet her as she dipped her head down to show respect to her opponent. Holding both of her hands together in front of her before placing them on her hips as she stood tall, acting confident. "Huang Nuo, let's have a good match."

Julia gave Nuo a stern look, as if she was a evaluating her target, Nuo's greeting left her dumbfounded as she was accustomed to such manners and overall atmosphere, Julia found this situation a little funny, if such a thing was on her dictionary to begin with. Julia couldn't help but feel that perhaps she shouldn't take the fight so serious, unless she wanted to finish it before giving a good show to the audience.

Julia gave two steps forward, gave another look to the Newbie,  "Nuo...", she said just as she frowned "... I hope you survive this one." just as she gave a small devious grin in Nuo's direction, clearly eager to skip introductions and start with the fight.

Nuo was confused from Julia's response, something about surviving the match while giving the newbie a devious grin. Instead of getting upset or anything, Nuo tried to shrug it off, taking it as a joke as she laughed a little. "Y-yeah, I've been through some rough matches..."

After the bell finally rang, Nuo raise both of her hands in the air with her knees slightly bent. Showing her opponent that she's ready as she made sure to keep her distance away from the other tanned wrestler.

Julia followed suit and prepared herself, getting in the standard Muay Thai position, both fist clenched forward, her left knee slightly leaning forward too.

At first Julia kept her guard up, trying to get closer but backing up, waiting for an opening that could gave her a spot where she could land a solid hit, knowing better that attack headfirst, she gave a few strikes in a fast sucession that missed her target on purpouse. She muttered: "Oi, I came for a match, not for a squash, you better do something." this was standard procedure for Julia, if she had to land a few hits that made her opponent lower her guard, then she could unleash herself.

As soon as the match started, Julia strike first with a solid hit for to Nuo's head. Having the Newbie reacted defensively as she attempts to hide behind her arms to avoid any upcoming punches and such. Not aware of Julia's intentions as she unleashed unstoppable amount of hits she threw at the masked newbie.

Somewhat caught off guard, Nuo was forced to take couple steps back from her opponent. Hoping to stay out of range while focusing on couple of grappling moves and such as she tries to throw a punch to the stomach, hoping to land a hit against her new opponent.

Julia successfully blocked her opponent's attack, proceeding to take the chance given to her and landed two strikes on Nuo's stomach, then an uppercut to her face in order to take her off balance, proceeding to lock Nuo in an arm lock. Julia tried to pin her but as Nuo proved to be too resilient for a jobber, Julia realized that she should change her strategy.

Julia had decided to make the most of it, considering that she had to fight harder, so in order to make her opponent attack her, she threw Nuo against the ropes, Julia threw a dropkick to Nuo's chest making her land on the floor, then she picked her up and threw her against the corner, wanting to see how Nuo would respond.

Nuo was at a bad spot, she couldn't even land a single hit against her agile opponent. Hit after hit as Julia made a effective combo with two strikes against the stomach then a uppercut to have the masked newbie lose balance as she stumbled back.

Of course, Julia wasn't done yet as she threw the newbie to the opposite side of the ring for her to bounce back from the ropes. As Nuo ran back to Julia, she ended up being knocked right off her feet from a devastating dropkick as she came crashing down against the mat on her back. "Agh," Nuo groaned in pain as she tried to quickly stand on one knee while holding against her chest after the impact.

Despite Nuo not offering much resistance, nonetheless Julia wasn't as disappointed as she thought she would be, since Nuo's endurance meant Julia could take her time attacking, however this made Julia take the fight as if it was a walk on the park, which meant that she lowered her guard considerably.

Julia performed an armbar lock, stretching both of Nuo's arms as she stood, at first Julia was going for the pin, however, she decided to make Nuo's submit, so she lift her up, threw her to the corner again, as she was trying to tangle Nuo's legs in the ropes, she was too late to notice that Nuo's hands were placed on her breasts, now Julia being the one caught off guard.