"You'll find no one more spectacular than myself." 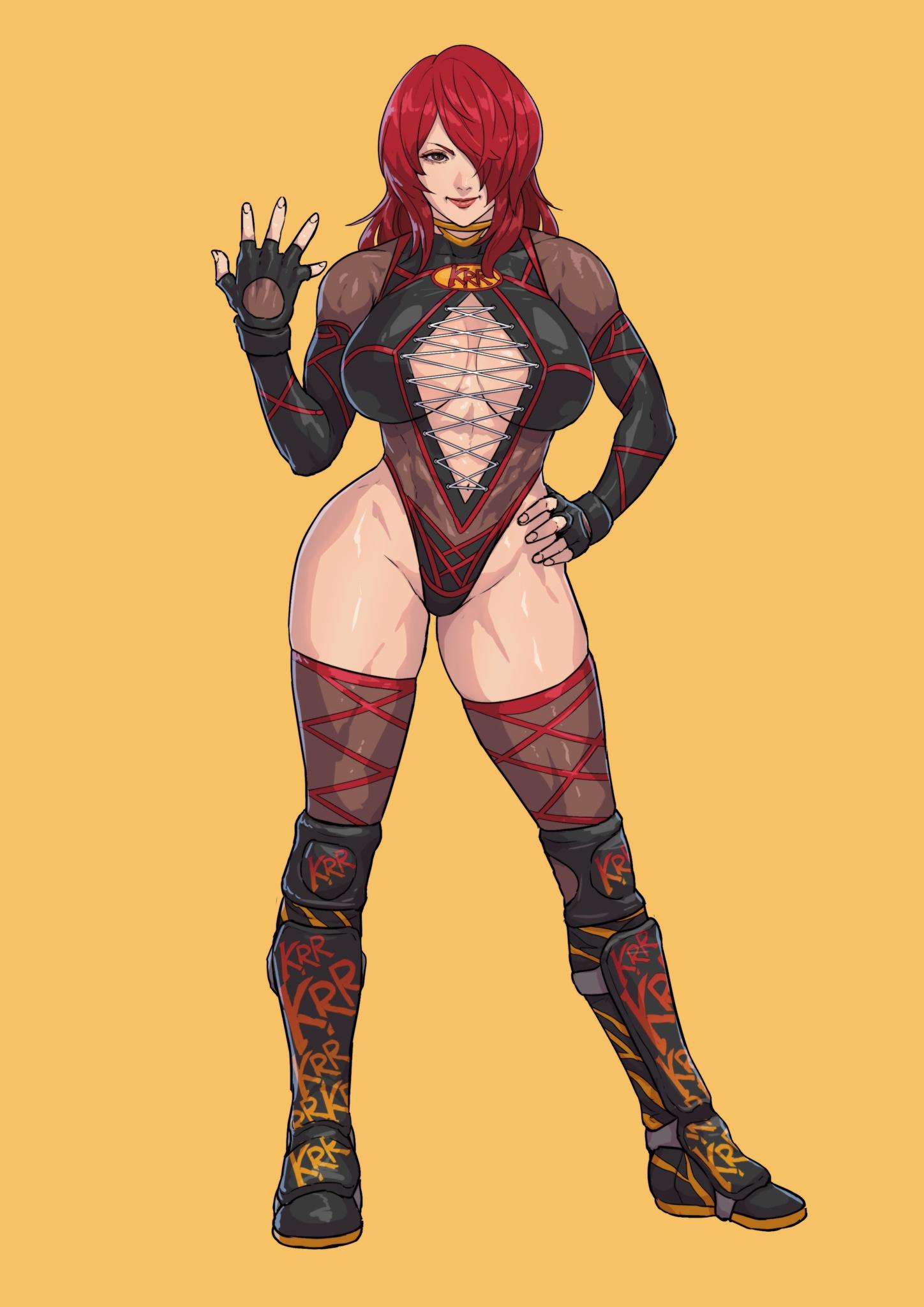 When your opponents run their mouth: 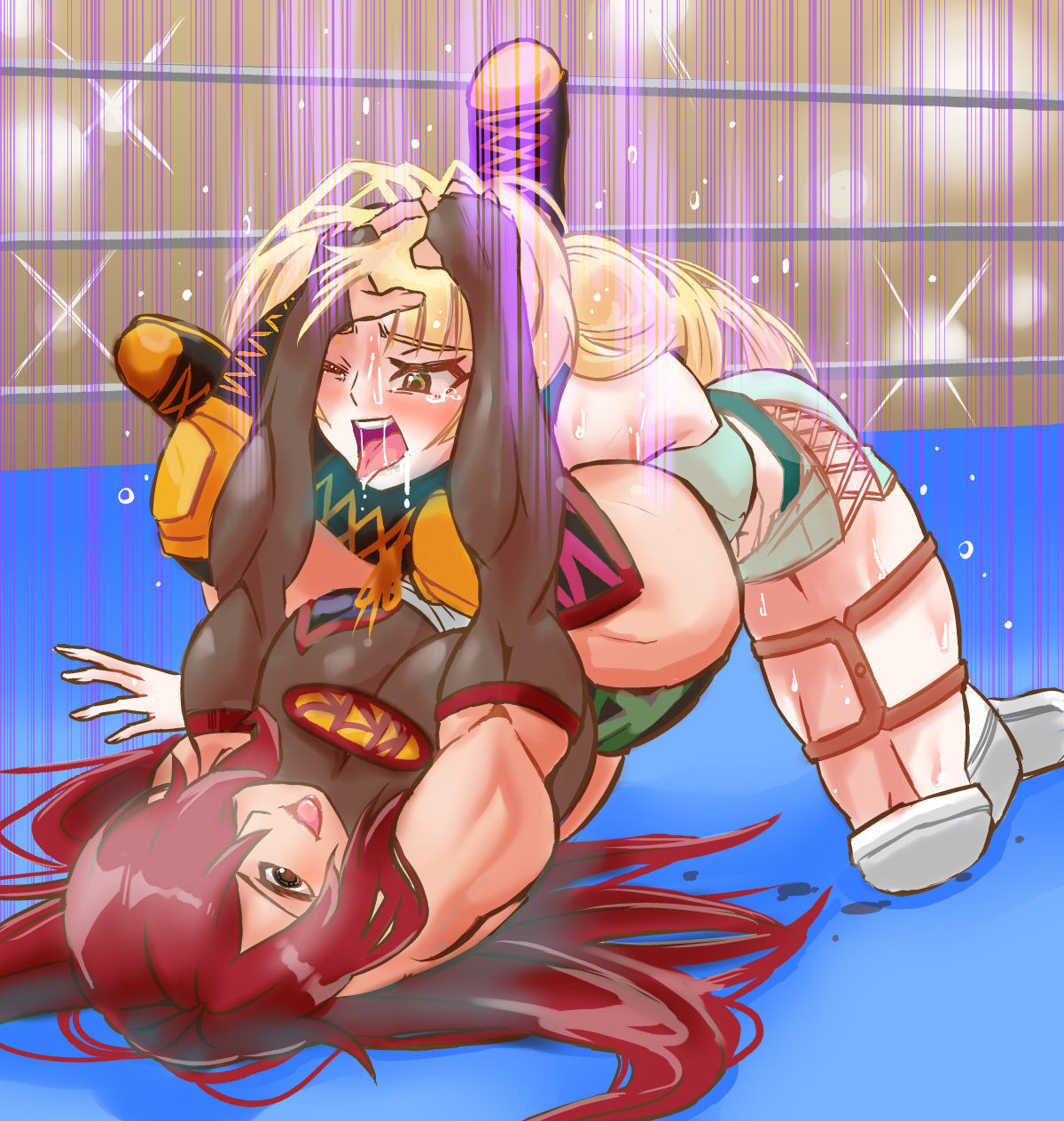 Sometimes, a heel needs to be conquered:

How to tame your narcissist, authored by Rindo Kobayashi:


Karla’s fighting style encompasses a refined version of her indie style. She’s a blend of brawling, striking, agility, cheats, humiliation tactics and random holds with her own taunting flair. Her newer, preferred pace is more methodical, trying to pry them apart, piece by piece and limb by limb, taunting them along the way. Psychology plays a huge role in her particular style as she tries to break someone down with words AND physically, but harvests greater pleasure from the former. Showboating also plays a role in that. Her greatest weakness, however, has to be high-flying and extensive technical grappling. Although not helpless in either front, seasoned opponents can exploit this front.

A normal single-crab, except Karla extends it so she bridges and her head plants the canvas. She adds a little flair to it by sticking her tongue out and or blowing a kiss and middle finger to the crowd, a tribute to her signature taunt.

Karla grabs their hair, primes a punch, but instead jabs them in the eyes, but is quick to pull back and feign hurting her knuckles

She hooks the opponent’s neck from the front and forces them to bridge backwards, executing a jump to smash their crown into the canvas.

A modified GTS where a hand clutches their hair so they're whipped into the knee. Its modified and simplified version is a grab of the hair and whip into a kneeled knee.


Karla is a charismatic, cold, aggressive, loud and sadistic woman. She’s a woman of excellence, strives to be perfect, has to be perfect and everyone has to know she’s perfect and better than you. Elegance holds a major bastion in that centre of that desire, where she’s verbally prudish in public and fronts a refined posture. This element dissolves inside the ring, where she’s come to be far less uptight and prudish, and much more blunt, obnoxious, venomous and unempathetic… Some of these traits remain outside the ring. Such is her warped worldview, enveloping this sociopathic narcissistic ideal that she’s akin to a godly figure, deserving of respect outright, surrounded by untrustworthy, disgusting faceless lessers. She wants to subjugate them as divinity would, but is more rooted in her deep mistrust for others. There’s always been this unsafe feeling around them, so she tends to flaunt this by insults, calling them Hundchens or puppies to convince herself that they pose no threat, making herself feel strong and in control. And so, she’s always derived pleasure from beating others down for her own sake. She’s limitless in what she’ll do, where her moral code is strictly warped and ever-changing to what benefits her in that very moment. In short, a massive hypocrite. And while she loves to break others down, she also loves to see them angry, more than just fear or submission, she wants them to know they’re weak and get enraged once they accept the reality; a perceived sense of despair like they finally see things her way. It builds the sense of control she desperately needs, the attention she lacked as a minor, as someone who endured parental neglect, chased attention from someone she idolized for naught and now lives in her own reality where people fall at her feet instead.

From that childhood, where Reinhardts are raised at obscenely high standards and always feeling lesser to her elder sibling, who knew naught she existed, Karla developed a very petty but strong competitive aura, who’s a perfectionist and meticulous in pursuit of her goals, which includes underhand and despicable means. This is rooted in her bottomless well of mental tenacity and surprisingly well-oiled work ethic that’s helped her chase that perfect version of herself. To suck at one thing is unacceptable. Losing is something she loathes and knowing someone can do something better will eat at her mind. This makes her cunning in both practice and resilient in strategy. Perhaps its that family pride that keeps her going, or perhaps she’s scared of acknowledging that she isn’t perfect. And so, she always strives to uphold that image in her looks, material belongings and that domineering attitude that won’t allow you to say otherwise. Hence, she’s always had a deep ire towards anyone who calls her short, little or cute. Anything that doesn’t play her off like a big deal.

Despite that talkative, loud and abrasive ring attitude, Karla outside the ring in formal setting tends to don a more economical persona. She talks less, almost like every word is planned a day in advance, but that trademark sass and snark still slips through, just often with dull expressions rather than laughter. She’s a cynic, assumes things before they even happen and tends to dissect people’s behaviour to fuel those assumptions, which has always robbed her of potential friends when she assumes the worst of them. This has made her easy to fluster, primarily to a kind or overly bold action like flirtations. But, she has a slight weakness for humour and particularly enjoys witnessing pure talent and conviction to succeed. Even if there’s greater pleasure in breaking it...


Karla “Ray” Reinhardt is a product of a scandal between a French wrestler and a billionaire businesswoman. She was born in Hamburg Germany, in lavish comfort, where the family’s ideology centred around narcissistic ideals and excellence. They travelled abroad, all throughout Europe and into North America and Asia, where they dined with executives and shook hands with politicians, scientists and nobility alike, all steps towards greater influence and of course, money. Most of their time was occupied in these endeavours, and by the time Karla was conceived, there was already an older sibling who filled their needs for an official "successor." The scandal surrounding her birth already drowned any chance she had to be in their graces.

So! Karla mainly grew up in the shadow of the family picture, far from her mother, father or any other member, surrounded by caretakers whom she bent to her whims. She was an impulsive, entitled and loud brat, and there wasn't much to iron out her behaviour. Neither did her parents bat an eye, so long as her grades continued to be nothing short of pristine. She was trained in proper etiquette and was forced into hobbies to "expand her character” such as violin and cooking, both life-long hobbies that remain. Then there were cultural studies, foreign language lessons and early push into academics to outpace her "common-class" counterparts.

Come her teenage years, she was mostly independent. She could cook, study and wash her own clothes, should she be bored enough. However, there were times she stayed out beyond her curfew to drink in the night scene of every city she was dragged off to. Although accompanied by a bodyguard, she found herself in a street fight before long, often thanks to her low opinion of common folk and demand for obedience. It didn't matter their size. It didn't matter if she got injured or won the day, she grew excited by the act of hurting someone else. To prove herself superior against those who didn't believe what she believed. In her respect, she thought herself fighting for the family, as well. To uphold her mother’s honour, the woman she idolized but never saw. A godly figure.

This habit escalated into more elaborate participation. She hunted out conflict, with steel, glass and ropes. Anything was a tool against an opponent, everything was permitted - but neither shall she be safe from it either. It was pure adrenaline from the first crack of her whip to sitting inside a courtroom, charged with assault. Thankfully, it was dismissed after some greased palms expunged the whole incident.

This parasite, as Karla’s idol would say, could no longer be ignored, so she was placed under a boxing instructor, where she honed her temper into a refined ability. Her skills took her into several successful matches that created a stir. The moniker "K.R.R" had its roots in this run when she started prodding at the pro level, unbeaten and popular. Its when she turned twenty that pro wrestling came into her life, from a call by a promoter that sought to capitalize on her current momentum. She wrestled her first match and demanded it is No Holds Barred, something that allowed her to play towards her strengths. A few more matches like so and Karla had her career. Her head was bigger than the sun and her wallet was deeper than the abyss.

Never was she given a taste of irrefutable defeat until she met Ina "Rache" Rosenbaum. Another German, an ACTUAL aristocrat, someone who was trained in the art and saw the dispassion within Karla's eyes when it came to actual wrestling. Such was shown and punished in what would become Karla's grandest, most humiliating, and most one-sided defeat where she was left spasming, unconscious, and finalized by a drawn-out... 1...2...3.

What might've rocked any sense of will to continue within this sport, came the opposite. She was incandescent. At everything, at herself. From the nearby potted plants and windows that she smashed to anyone who looked her in the eye. Beyond that, she was determined. Dead-set on rectifying a failure that her mind couldn't handle.

From then on, Karla had been dead-set on dominating the wrestling business - and everyone within it. This time, however, she'd train and work to handle any situation. Such is her current journey at just twenty-four years of age. 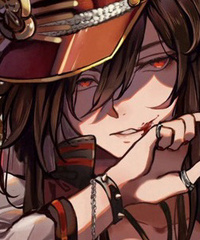