Taking a deep breath as he stood behind the curtain, he waited until his music began to play, the beat pulsating and the crowd somewhat came alive. He really was starting to earn some fans with his boyish good looks and tenacity when he wasn't being smothered out. Stepping out onto the ramp dressed in his modified uniform with black pants, white dress shirt green tie and black jacket with the AFW symbol on it. Giving a wave to the crowd he ran down to the ring and slid into it before popping up to his feet. With a smile he went to the corner and began to undo his tie and take off his jacket and shirt for the match waiting for his opponent. 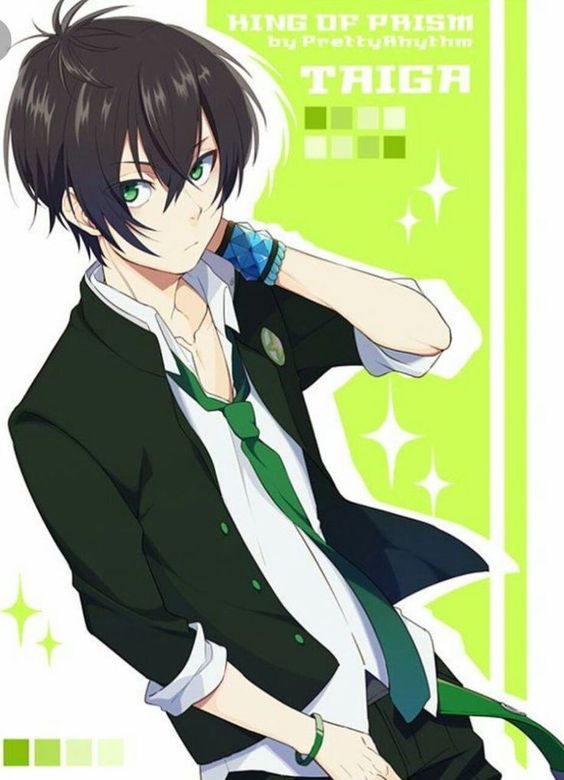 Inside the lockers room Akane was finishing her preparations for her upcoming match. Her wrestling debut was at hand now that she managed to get inside the AFW. A part of her couldn’t believe that she was going in one of the most important wrestling shows in the world. Of course she wasn’t there for the fighting even if it looked cool. No, she was there for the less family friendly content, the one that really piqued her interest. She wasn’t nervous at all, she was excited.

The violette watched from afar how her first rival got in stage. He looked like a confident guy and the fact that he was elegantly dressed caught her attention. Didn’t he know what kind of match he was booked for? Akane sighed, breathed deep to contain her eagerness and waited until her theme song started.

When she finally reached the ring she stepped clumsily between the second and the third rope. That was the moment she had a proper look at her rival for the first time. He looked somehow innocent and cute for a wrestler, but that wouldn’t change the outcome or the nature of the match they were in. “Hello. I’m Akane. Nice to meet you. I’m so eager to get us on it so… should we start?” she asked shamelessly.
_________________
BEHOLD MY ICY FORTRESS

He blinked as she moved between the ropes a little clumsily, but it didn't seem to slow her up as she looked at him. Her question made him turn a bright red, she sounded like she was ready to get straight to the good stuff. "Hi, I'm Asher umm I guess..." He got out, nervous his accent german and american mix. The bell rings and Asher move towards the center of the ring, a hardon sported in his pants already. This match, was going to be difficult for him. His opponent was confident in this type of match it seemed, and he already felt like he was back in high school unable to control himsel.

Akane was almost puzzled about how embarrassed and flustered her rival looked. The guy had to be aware of the kind of match they were in. There was absolutely no way that young man wasn’t informed of the nature of what was going to happen next. Akane thought he had some cute side to him, all dazed about having a cute girl in front of her. It wasn’t exactly how she had pictured her debut but it would serve.

“You guess? Are you feeling okay?” she teased him. “I can feel how you already have started undressing me with your mind, but you are actually supposed to undress me, you know? Are you up to it? Well, your buddy down there looks ready...” she continued her teasing while licking her lips at the sight of his bulge. “Come on, cannot wait any longer. Make my day.” Akane adopted a guarding stance that looked imposing but in truth she was being quite passive, just waiting for her rival to do anything. The bell rang signaling the start of the match. Akane was so eager to see what this rival was capable of.
_________________
BEHOLD MY ICY FORTRESS

Asher needed to get his head into the game, this was a match and it seemed his opponent was ready for this type of match. This became much easier said than done as she pointed out the bulge right in his pants and made him blush a dark red. As she adopted her stance he moved into his own stance taking a deep breath as he held his hands up. He was going to show her that he was ready for this match and that he wasn't incapable. To bad most of the blood wasn't rushing to his head.

Gathering up his wits and courage flexing his fingers he'd suddenly dash right at her. Though as he got closer to her he would suddenly try to slip right past by her turning and wrapping his arms around her waist. If he was able to pull that off he would pull her towards his body getting ready to go for a german suplex. Though his bulge would brush right against her ass, causing him to pause for a moment if he even got that far.

She remained in her guard pose as he came closer. “You are lucky I am your rival tonight...” Akane then gasped in excited surprise as Asher didn’t let her finish and dashed around her, trapping her as is he was going to suplex her but stopping without any reason in a very convenient position in which she could feel his bulge against her butt. He was well equipped. She pressed her butt back so her cheeks would rub against this unexpected intruder as she turned her head to face him, their faces so close they could feel each other’s breath. “Look, I couldn’t care less about the match’s result. Just give them a good show and give me a good time and the win is yours. Deal?”
_________________
BEHOLD MY ICY FORTRESS

He has her right there for a suplex and suddenly that feeling of her butt pressed right against his bulge made him moan in pleasure. Hearing her proposal though he flushed and squirms against her body. "N... no. If I'm gonna win it's because I earned it. If I lose well then its because I wasn't good enough." He said with a little pride in his voice. It didn't feel right to just get handed th victory.

"And right now... it seems like I'm the one in control." He said with a blush trying to sound tough. He would squeeze her stomach and instead just try to lift her up in a reverse bearhug. He wasn't a big guy though and her ass was rubbing up against his bulge still making him moan and bucked slightly. Holding her suspended though was making his arms tremble already as he tried to give her a squeeze.

It was as if there were two different people inside of Asher. One of them was a proud wrestler full of resolve and willing to show his value, while the second was an insecure young guy so flustered in presence of a atractive woman. When the man talked he showed his fighting spirit, but his bodily reactions weren’t in consonance with his mind. He didn’t want to hear from Akane’s intentions of giving the match up in exchange for a really good time.

At first it looked like the man was going for a suplex, but in the last moment he changed his mind and locked a reverse bearhug. Akane’s feet left the ground and she groaned in pain. Even if the lock wasn’t very tight he knew how to properly squeeze her. But there was something making Asher hesitate and it was the rubbing between his crotch and the violette’s butt. “Okay. But if you are going for the win you need to take care of that bulge down there…”, she said enjoying the hold as she writhed, trying to further rub against his crotch.
_________________
BEHOLD MY ICY FORTRESS

Asher had her caught up in a bearhug now giving her a firm squeeze even though he wasn't built for such moves really. Yet, his opponent knew exactly what was going on with him in this hold and took advantage of it as she began to writhe against his crotch making him moan hotly. Her words made him blush and with all his blood in his crotch he wasn't able to squeeze her or keep her up. Panting hotly he set her back down on her feet.

Akane hissed in disapointment as she noticed her rival going all serious about her offer. She was in for a good show, but she didn’t care about competition or her scoreboard, so why was he so invested in getting a serious match going on? She offered him an easy win and a good time and he refuses? “Alright, alright. No easy win for you then.”, she said shrugging.

The violette found so funny how Asher was so flustered by some simple rubbing through their outfits. What would the man do when facing her completely naked? She wouldn’t have that trouble though, she was in for some sexual action and wasn’t embarrassed about it. Asher released her and got some space to regain his composture. Akane saw her chance in that and made her move. “Hey hey, don’t you go away. Come here...” She would try to get a grip on his rival’s neck and guide his face against her breasts, softly smothering him if succeeded.
_________________
BEHOLD MY ICY FORTRESS