Search
Latest topics
» Oh My Goddess
by Nelv Today at 6:39 am

» Maria Fernanda vs. Suzumi Ishikawa
by GreatForce Today at 6:02 am

» AV 19 Cecilia Northman vs. Kyoko Akan
by Mystery Dragon Today at 5:52 am

» Mariko Ishii vs Colette Rivers
by LARIATO Today at 5:51 am 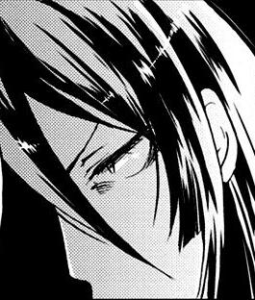 Strategy: Christie prefers to tear her foes apart piece by piece, using a variety of dirty low blows and painful strikes and submissions to break her opponents will to continue, just before finishing them of with sadistic glee.
Style: Dirty Brawler/Wrestler 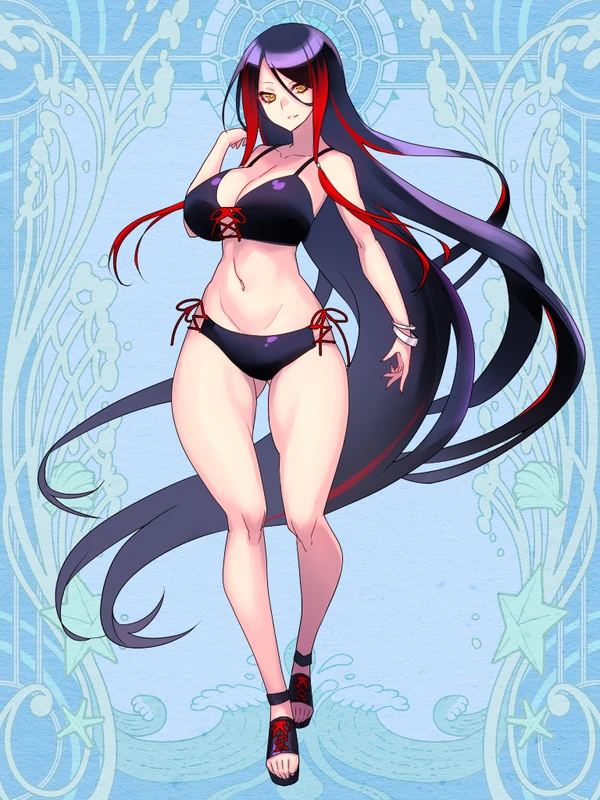 Spoiler:
Years of tough fights have helped beef Christie up and help her learn to take a punch.

Spoiler:
Despite her feminine frame, Christie is quite strong for her size, able to throw around opponents with ease.

Spoiler:
Quick to dodge, quick to pursue, anyone foolish enough to let their guard down will feel the bade in their back before they know it.

Spoiler:
Relying on dodging is the grave keepers main defense, though she can pull of a decent counter should the need arise.

Spoiler:
Christie learned most of her attacks herself, and as a result some of them can be rather shaky in execution.

Grave Digger- A reverse DDT, Christie softens her opponent up before wrapping her arm around their throat. She prefers to look into their eyes and see the fear lingering in them before dropping down to smash their skull against the canvas below.

Appearance:
Athletic, lean, and with more than an ample amount of sexuality, Christie considers herself on par with some of the most gorgeous women around. She wears her long black hair down, usually dying her charcoal black locks with dark maroon streaks. It is often her looks that reel people in, and her fake charm that seals their fate.

She seems to have a sweet smile on her face often, but those who know her can guess it is because she is thinking rather mean-spirited thoughts. Her wardrobe seems to consist of leather jackets and ripped jeans.

Personality:
Backstabbing, hateful, and conniving, Christie is a force to be reckoned with both inside and outside of the ring. Something of a born sadist, she loves seeing others in various forms of distress, especially if she is the cause of it.one of her deadliest attributes is that-when outside of the ring- she is able to hide her cruel nature almost completely, tricking many victims into falling for her and her schemes.

She often feels a strange need to make others miserable, and has developed a huge ego due to her countless success in that department. She can be extremely cunning and sociable, usually able to decipher a person quickly and accurately and use their personalities against them.

Past/History:
Christie was actually a fairly good girl growing up. She listened to her parents and followed their strict rules to the letter, never caused a fuss in school, and had all sorts of friends to play with. Yet even back then, there was something so empty about it all. She would watch families on the television and see the characters play out her boring life playout through the screen in a predictable fashion. It stung and burned to see that her life was so generic, it could be summed up as the boring part of the show, the calm before the wacky behavior cut in. This burn would start as little more than an ember, but as she grew older, it would expand, year by year and month by month.

The burning feeling would finally reach its climax on a sad Wednesday at high school. She didn’t make her bed the way her mom liked it, she got detention for being a few minutes late for class, her friend blamed her for a recent accident. Christie could never remember which of these events really set her off, but each one got their retribution when she did. Christie could remember all but burning her room to the ground, smashing the furniture to little bits and destroying the sheets. Skipping school instead of going to detention to hang around town and freeload off of others. And her friend? She was strangely assaulted after school by a masked perpetrator.

Christie ran far away after that, suddenly invigorated by the sweet release from authority. She was now a drifter, but she got to choose where she went, what she did, and she was happier than she had ever been.

Years past, Christie drifting from one place to the next, doing what she wanted and avoiding the authorities while doing so. She learned many things along the way, like how to read people, how to pull off a proper scam, but most importantly, how to take care of herself in a fight. She had gotten in many kinds of different brawls, and soon learned how to counter effectively and bring opponents down to the ground. One of the people she fought was actually a retired wrestler, and after tossing her around, agreed to teach her a few basic attacks and hold that could be effective in everyday combat.

Eventually, she was branded as an anarchist, unwelcomed anywhere she went. It was by pure luck and connections she had made that she was she was able to get away to anywhere else. Turns out she found herself in japan, wandering the streets with the last of her cash about to run out, she got desperate. Right at her lowest point, she met a strange person…someone dressed rather odd, head to toe in a black and red outfit. They gave her a pamphlet to a wrestling federation titled AFW. Someone with her looks and fighting ability, they might just give her a job, if she could handle it. The person even offered a sweet deal: if she got a job, and did some work for them on the inside, they would give her a bonus for every check and an apartment under a different name.

Well, with a hefty check and a place to sleep on the line, Christie was quick to put in her application, and quick to get a response. The person soon set her up properly with an apartment, with Christie now playing as something of an inside agent, snooping around and pulling stunts on the rare occasion the person asks her to. In the meantime, she plans on letting her aggression out on anyone who wishes to stand in her way.

Christie’s favorite meal is a peanut butter bagel with eggs and orange juice, the first meal she ever made by herself.

She has a secret crush, though she refuses to give any details on the subject, only ever saying that the person does exist.

Despises Wednesdays with a passion, and will always wake up in a terrible mood if she has to do something on a Wednesday.
_________________
Tarantulust's Lair